Zerodiv keeps the arcade train going, this time giving us Gunbarich on Nintendo Switch. Come check out our Gunbarich review to learn more about it!


I loved Arkanoid way back when, and continue to go back to it every now and then for some fun and relaxing brick breaking. Ever since, I never felt that any of the many homage releases (and some outright clones), didn’t come close to set themselves as a worthy successor. Gunbarich is a much prettier game than Arkanoid, as well as more frantic, so if you like fast-paced brick breaking games this arcade release on Nintendo’s console is a good option.

As you can imagine, the goal of the game is to hit the ball with the paddle to destroy all the bricks on the screen to continue to the next one – it’s as easy as that. Brick breaking games usually have easy “pick up and play” mechanics that players of all ages and skill levels can enjoy, and this is certainly very true for Gunbarich, the mechanics, and all-round gameplay hits that sweet spot. 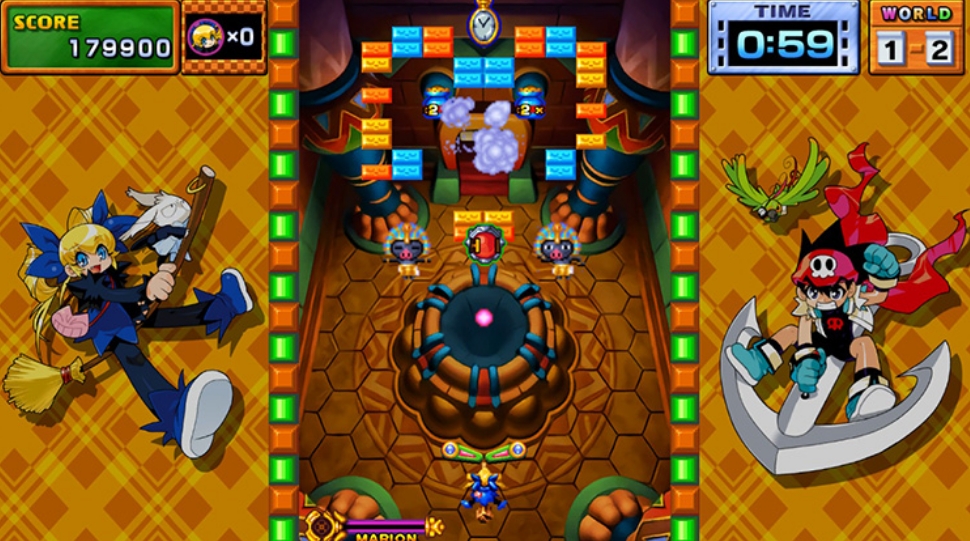 During your session, you will find several power-ups that will help you beat levels, such as the beloved multiball that will allow you to use multiple balls at once to break a ton of bricks in a short time – as long as you don’t end up losing all balls! There are also bad power-ups that will get in your way if you’re not careful, so be sure to grab only the ones that are good for your run!

You get three lives, and there is a clock ticking, so you have to beat the level within that time limit. If you fail, it is game over, and you will have a chance to hit continue to replay the last level you failed. Continues are unlimited, so don’t worry about taking some risks here and there. 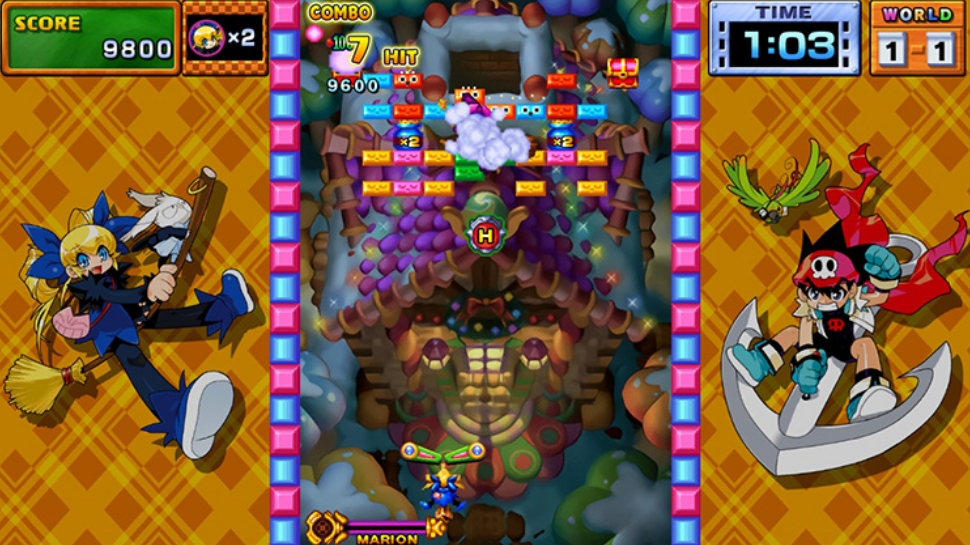 Most brick breaking games don’t have a story – Arkanoid certainly didn’t have one! This makes Gunbarich stand out, as it has a story – and a fairly decent one! You choose your main protagonist between magician-in-training Marion or brutish Grutan. Marion is a witch, and Grutan is a pirate, always with his pet parrot by his side. Both have different stats which affect the paddle, and there are some pinball-like elements in the game as well! Your paddle can be used as flippers to send the ball flying into different directions. You do not have to use this if you don’t want to, but it’s nice to have the option. The controls of the paddle, in my opinion, feel much better when using the D-Pad instead of the analog sticks, but the option is there to use either one so that you can find which one feels better.

There are there are seven worlds to conquer with bosses to beat, and the bosses are quite challenging, so you will probably need to practice a bit to be able to defeat each one. Make the most of what you’ve learned along the way, use your might to overcome hardship, and defeat anyone who stands in your way! 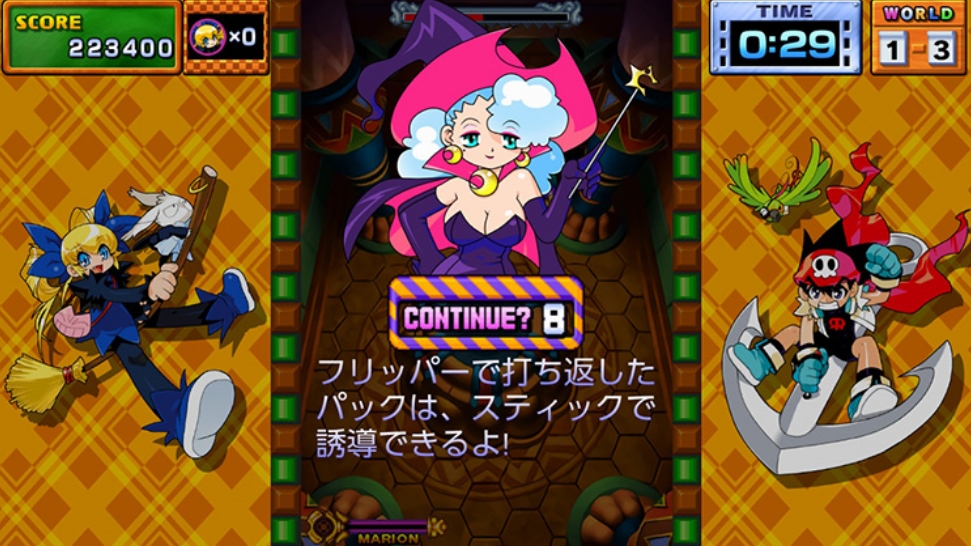 Gunbarich is a great brick breaking game for Nintendo’s latest platform, and a fun one at that. It’s an oldie but goodie that released a while ago in arcade machines, and it’s now been given a second chance to reach both fans who got to play it many years ago, or those who are just finding it out on Switch. The graphics are vibrant and colorful, the music is solid, and there’s even an option to make the game display vertically on your Nintendo Switch’s screen, so that you can have a go at it as you would have back in the day.

Disclaimer
This Gunbarich review is based on a Nintendo Switch copy provided by Zerodiv.

[Beyond PlayStation] Quest of Dungeons Review