8 Bit Adventure Anthology Vol. 1 is releasing next week for PlayStation 4, so we got in touch with Dave Marsh at Zojoi and Farah Nasri at Abstraction Games to talk about it.

PS4Blog: Welcome to PS4Blog.net! Thank you for taking the time to join us today. Could you please get us started by introducing yourself to our readers and telling them a bit about your work?

Dave Marsh: Sure. My name is Dave Marsh, and I’m the founder of a small indie game company called Zojoi. I started in the game industry in 1985 doing some art on the adventure title The Uninvited before developing Shadowgate for the mac. Along with my friend Karl Roelofs, we went on to port those games (as well as Déjà vu and Déjà vu II) to over ten different platforms before moving on to create titles for the SNES, TurboGrafx-16, and other consoles and platforms.

Farah Nasri: And my name is Farah Nasri! Early this year I started as a Junior Producer at Abstraction Games with a specialization in the Japanese language and culture. I had a leading role during this project and was overseeing the development to make sure we got top quality games that meet our standards. Until February this year, I was also a board member of a nonprofit organization called ‘Rangemu’ that aims to improve the connection between the Dutch and Japanese video game industries. Even though I’m only 26 years old and fairly new to the games industry, I’m definitely not unfamiliar with the classics before my time! 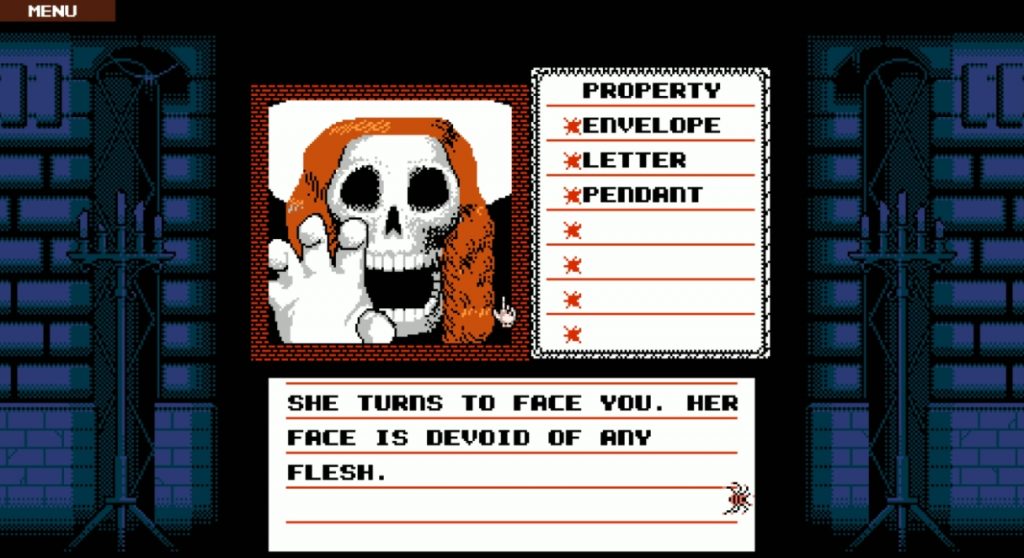 PS4B: We’re here to talk about 8 Bit Adventure Anthology Vol. 1. Take it away!

DM: Well, things started back in 2012 when I reacquired the rights to the adventure games (as well as some of the FMV titles I had worked on). Karl and I decided to kickstart Shadowgate and reimagine it with new puzzles, graphics, music, etc. I truly believe our Kickstarter succeeded because of the 8-bit fans… so we decided to do something special for them. I contacted KEMCO, who had done the 8-bit ports of the titles, and asked if I could include the original 8-bit chip tunes in our remake and they were really cool about it. So we added an option where you could replace Rich Douglas’ new soundtrack with Hiroyuki Masuno’s original compositions. At the same time, we released the original Mac and Apple IIgs versions of the game on Steam and iOS.

FN: 8-bit AA Vol. 1 distinguishes itself by being more than just a simple remake of the original. The funky chip tunes that can be heard throughout the game, the beautiful pillar box pixel art and a variety of different ‘old TV effects’ really give you that nostalgic feeling, but on the other hand the controls and user interface feel really intuitive which makes it feel like a modern game for both console and PC. I think this is the perfect opportunity for veterans to challenge themselves and relive these great games, and for the young generation a chance to play some of the most intense old school point and click adventure games. 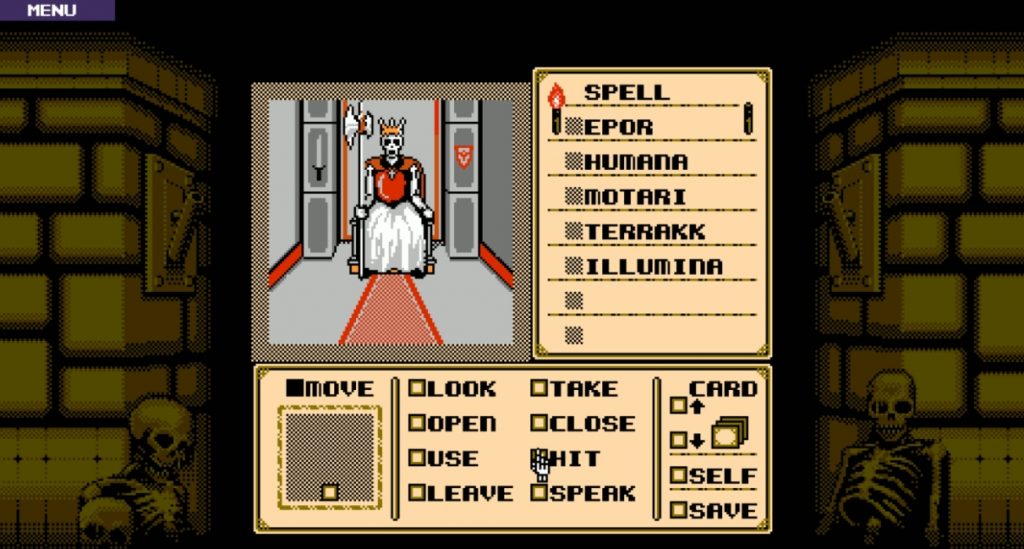 PS4B: How did this anthology come to be? What was the drive for giving gamers these three games in particular?

DM: Well, it was releasing those titles that really got us thinking… what if we were to release the original 8-bit games onto PC, Xbox, and PS4? I mean, we felt like we OWED it to the gamers to do everything we could to get these games out properly. So, while we owned the properties, we didn’t own the code. So I contacted KEMCO again and asked if we could re-release these titles and once again, they were super cool about it. I then went about working with my current publisher (Reverb) to find a good developer. Basically, at this time, we were not console developers yet, and we were in the middle of working on a new 3D adventure. Abstraction stepped up to the plate and have done an absolutely amazing job bringing these classics back to life!

FN: We wanted to show that not everything has to be super crisp, HDR and 4k. A good game is just a good game because it’s good (does that make sense?). These three games were the perfect way to do that, and also show some gratitude to the gamers that are still around and might have been forgotten in the past few years. 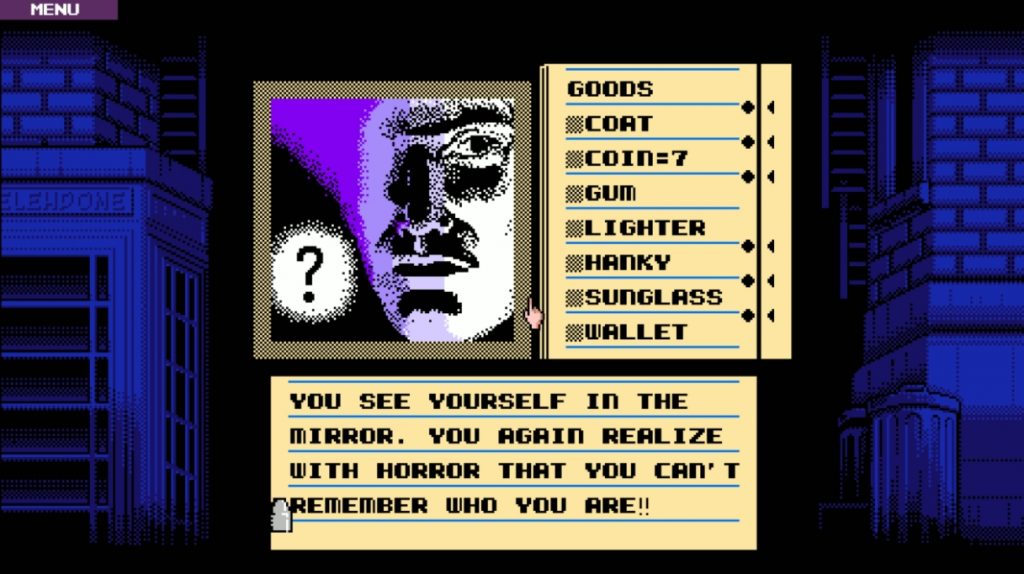 PS4B: Which version of each game is being used for this anthology and why? Is there any bonus content being added to the anthology – concept art, sketches, designs, etc.?

DM: These are the 8-bit versions that were originally released on the NES. We started with these as they were the most popular versions we ever released. I remember KEMCO coming to us back in ’87 or so saying that they wanted to make 8-bit versions of the original Mac titles. We told them that would never work properly as we had developed them strictly as the first drag-and-drop windows adventure games. Translating that design schema to an 8-bit console was crazy. Of course, we were completely wrong lol. They did a fantastic job and the games were not only a big hit with players but quite unique in a landscape dominated by side scrollers.
Since we were rereleasing the titles, there really isn’t any additional content.

FN: Even though there is no bonus content per se, our players can enjoy new art that has been specifically created for 8-bit AA in the game selection menu and borders in-game, the new chip tune composition for the menu and let’s not forget the trophies we added, as well as DualShock 4 Touch Pad support! 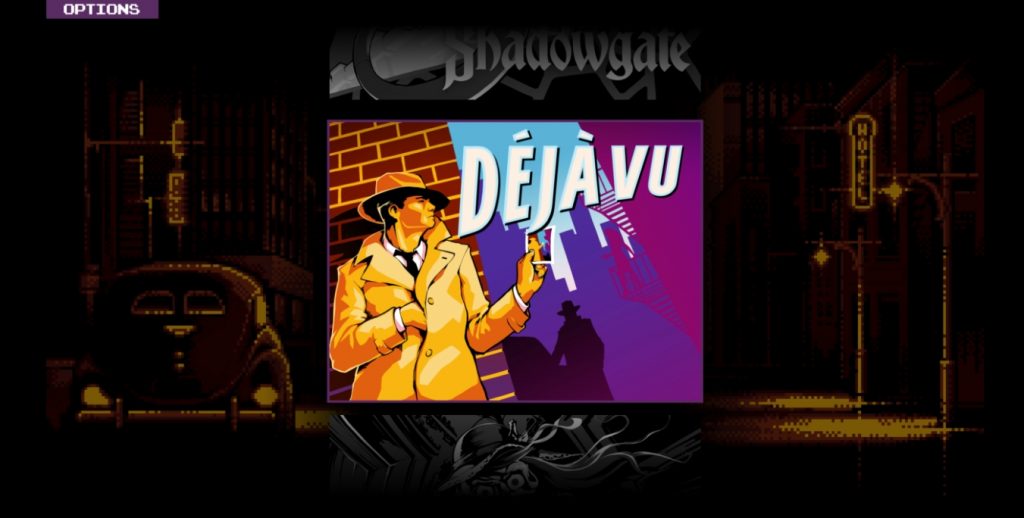 PS4B: Considering that these games saw a release way back on the NES, is there a chance of seeing a Nintendo Switch port for the anthology?

DM: We’ve talked about it but at the moment we are really just concentrating on getting the PC, PS4 and XB1 versions out. If we do, we’ll be sure to make sure you are the first to know!

FN: Who knows! At the moment, there are no specific plans for a Switch release and we’re just focusing on the PS4, XB1 and PC version like Dave mentioned.
PS4B: The name says volume 1 sooooo, what can we expect for a volume 2?
DM: Right. So we’re looking at the GBC versions of the titles as well. These versions include Déjà vu II (which may very well be my favorite of the four!) It will all depend on how these titles fair in the market!

FN: There have been a lot of ideas for the second volume, but we don’t want to give it away too much. I did hear that Déjà Vu had a sequel though… 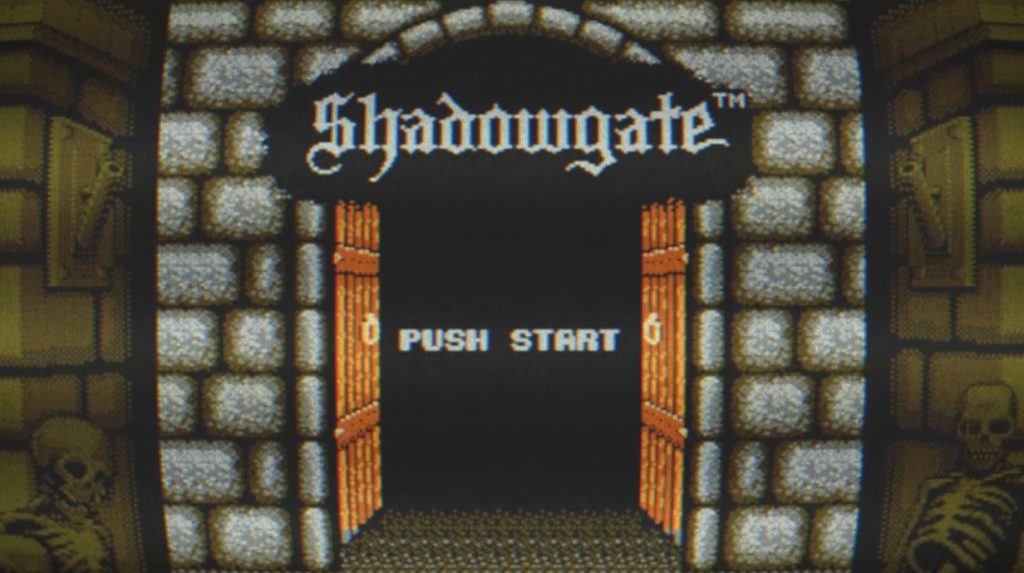 PS4B: And that’s all the time we have for today. Once again, thank you for doing this interview. Is there something else you’d like to add before we go?

DM: We’re just thrilled to bring these titles back to the fans. Obviously, I love them and the experience of producing them with KEMCO was always a highlight of my career. I’ve spent a lot of time play testing this new Anthology and I never grow tired of them. In fact, it’s just the opposite! They bring back such great memories and what Abstraction has done is quite remarkable. I hope that both existing fans of the titles and new fans will share my feelings!

FN: Thank you very much for the interview! I really hope that people from different generations will enjoy 8-bit AA, and I hope you’re all ready for one of the most intense puzzle adventures you’ll ever see!

We’ll be working on a review for 8 Bit Adventure Anthology Vol. 1, so be sure to stick around at PS4Blog.net!