We had a lot of fun with Mystik Belle for our review, so we got in touch with WayForward and Last Dimension to talk a bit about the game.

PS4Blog.net: Welcome! Thank you for joining us. Could you please get us started by introducing yourselves to our readers and telling them a bit about your work?

Andrew: Hi, my name is Andrew Bado. I’m a freelance pixel artist and the bedroom coder behind Mystik Belle.

Matt: Hello! My name is Matt Bozon. I direct the Shantae game series, and also handle publishing of original game development over at WayForward. Thanks for having us!


PS4B: Mystik Belle is now available for PlayStation 4. How would you describe the game to someone who’s never heard about it?

Andrew: In short, it’s a hybrid of an exploration platformer and a point-and-click adventure about magic, science, cute witches, and joys of vandalism. If anyone is familiar with the Codemasters Arcade Adventures from the 80s and 90s, Mystik Belle is sort of like that, but with modern touches, like as a hint system, permanent upgrades, and RPG-like progression. 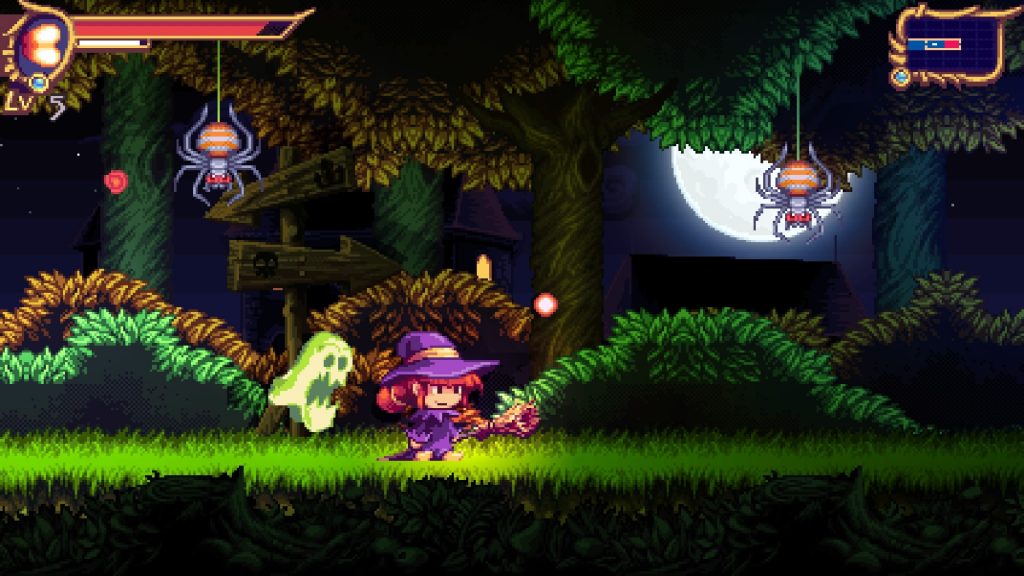 PS4B: What drew you to working with Andrew on bringing Mystik Belle to PlayStation

Matt: I’ve had the pleasure of working with Andrew for many years. He’s lent his pixel art talents to Shantae: Risky’s Revenge and Pirate’s Curse, and some of our licensed games as well. So we have a long history of working together! Since starting up a publishing branch at WayForward, we’ve been interested in helping some of our fellow indie studios bring their games to new platforms, helping them reach a larger audience. Andrew’s game seemed like good one for testing these waters due to the quality of the game, and our existing relationship with Andrew. We had a strong feeling that WayForward fans would enjoy Mystik Belle. It has a lot of the charm and appeal that you’d find in a WayForward original game. 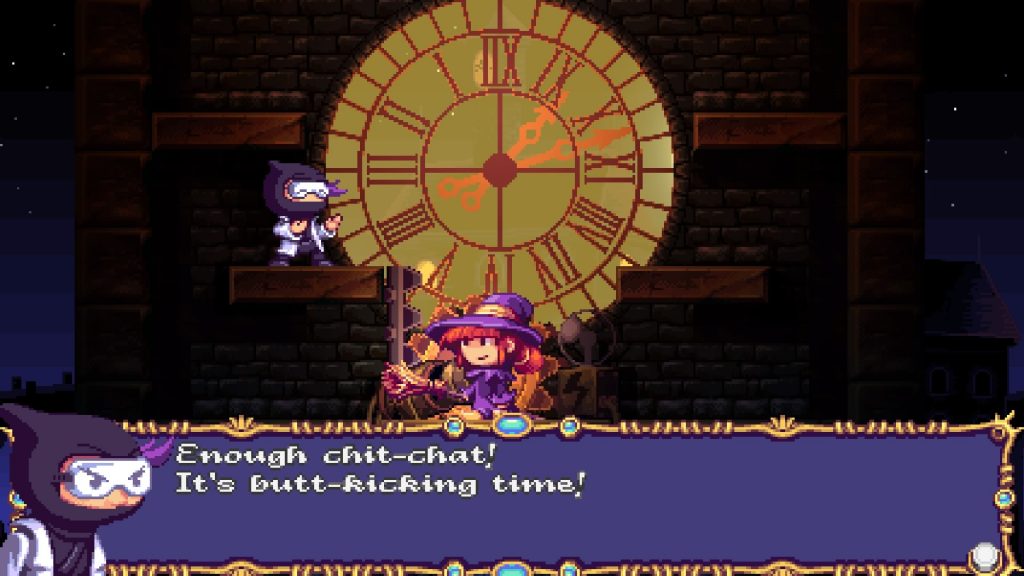 PS4B: Are there any changes or extra content for the PS4 version of the game?

Matt: There are a few subtle differences between the original 2015 PC game and the PS4 version. The language is a bit more kid-friendly on consoles, our hope being to bring it to as wide an audience as possible. There also were some minor tweaks due to rating concerns, whereas the PC version is unrated.

Andrew: Those only familiar with the original PC release would find some neat improvements, like new and better player animation, more streamlined controls, more supported languages, and a rock-solid 60 fps framerate. The PC branch has been receiving regular updates to put it on par with the console versions. 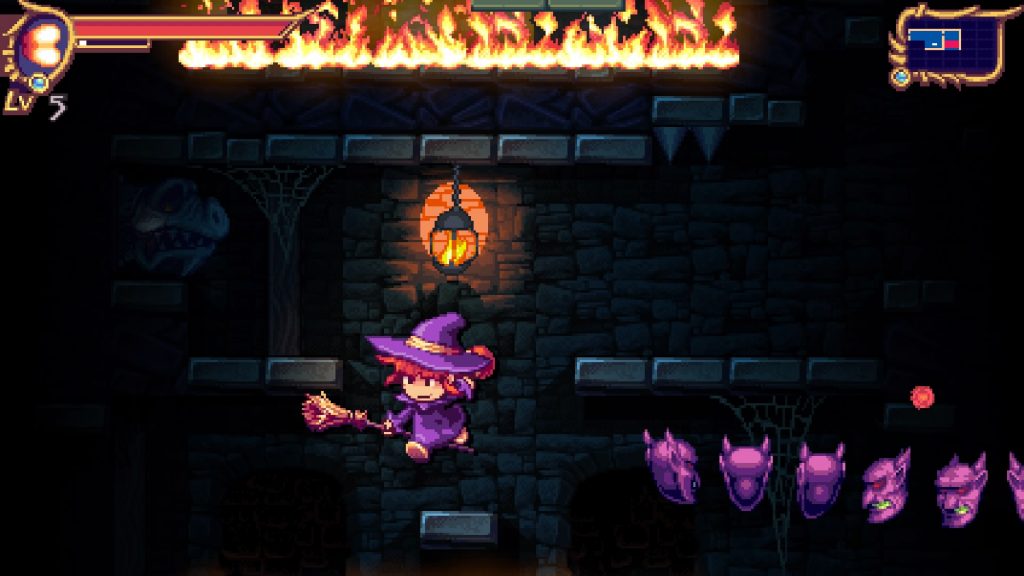 PS4B: Anything you can tell us about the new project you’re currently working on?

Andrew: As the post-launch dust settles, I will be returning to the development of Legend of Iya, my long-overdue Kickstarter project. It has taken me many years to get it to this point, and I need to stay determined and see it to the end. 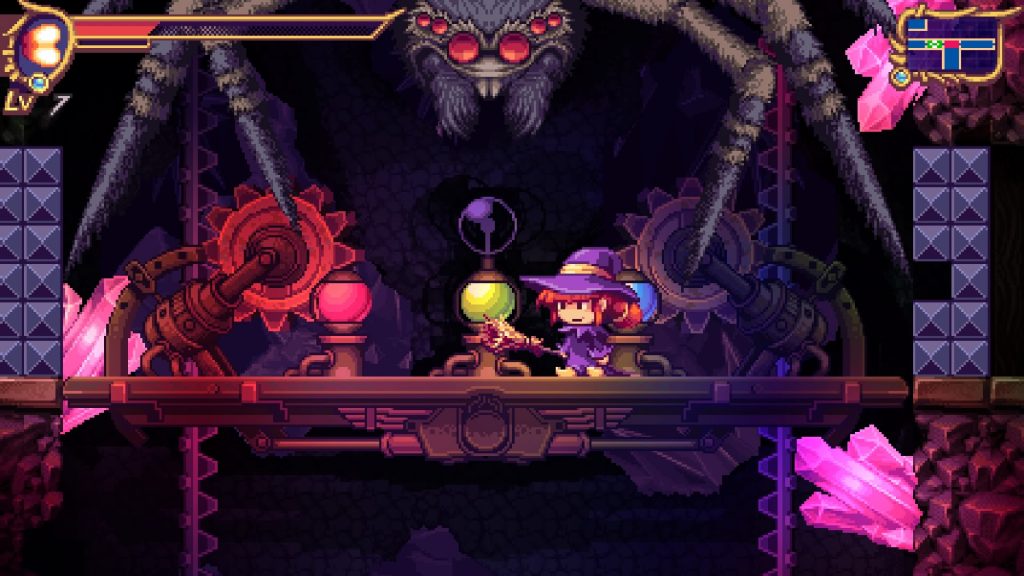 Andrew: For me personally, Mystik Belle was a ton of fun to make, and I really hope other people have a wonderful time playing it. This whole project just sort of happened. The core came together in about a week, and from that point on Belle’s world gained a life of its own.

Matt: I hope players really enjoy the game! It’s got a great sense of humor, hearty challenge, and is a joy to play. To any WayForward fans out there, we hope you’ll give Mystik Belle some love – have a blast playing it! 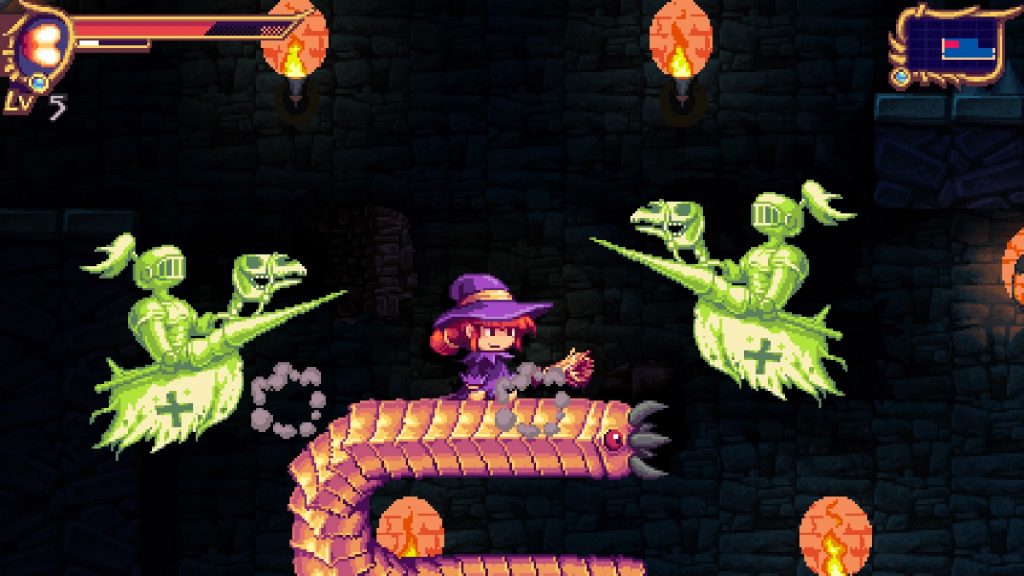 [Beyond PlayStation] Volgarr the Viking Review