[PS4] Nights of Azure 2: Bride of the New Moon Review

You play as Aluche Anatoria, an agent for the Curia – an organization that defends people from creatures known as ‘fiends.’ Aluche has been sent to escort a priestess to the headquarters of the Curia. The priestess Liliana turns out to be an old childhood friend of Aluche but, unfortunately, their reunion is sadly shortlived as Liliana is set to be a sacrifice to seal away the Moon Queen. Without spoiling the story, I do want to say that you’ll dig it! 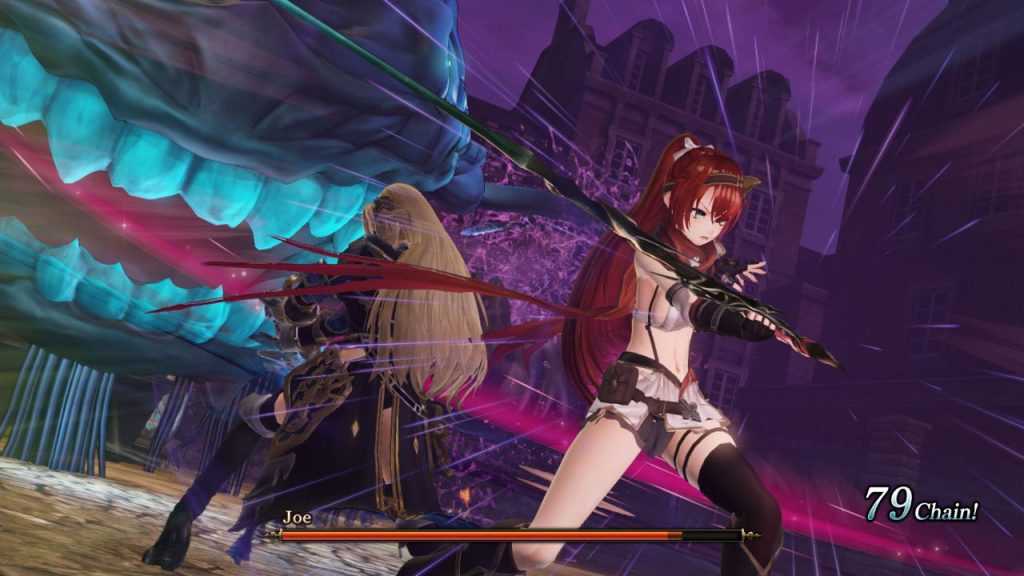 Aluche’s base is the Hotel Eterna, and as soon as you leave the hotel, a countdown timer will begin. You must complete all your objectives, fight fiends, and explore each area before the countdown ends. There is also a limited number of nights as well, and with each night the moon’s phase will shift until a new moon comes and is no longer visible. At that point, if you haven’t finished your main objectives you will get a game over. To be honest, I have always hated time limits, especially in an RPG, but despite this, Nights of Azure 2: Bride of the New Moon is still a fun game, and it’s well worth a purchase. 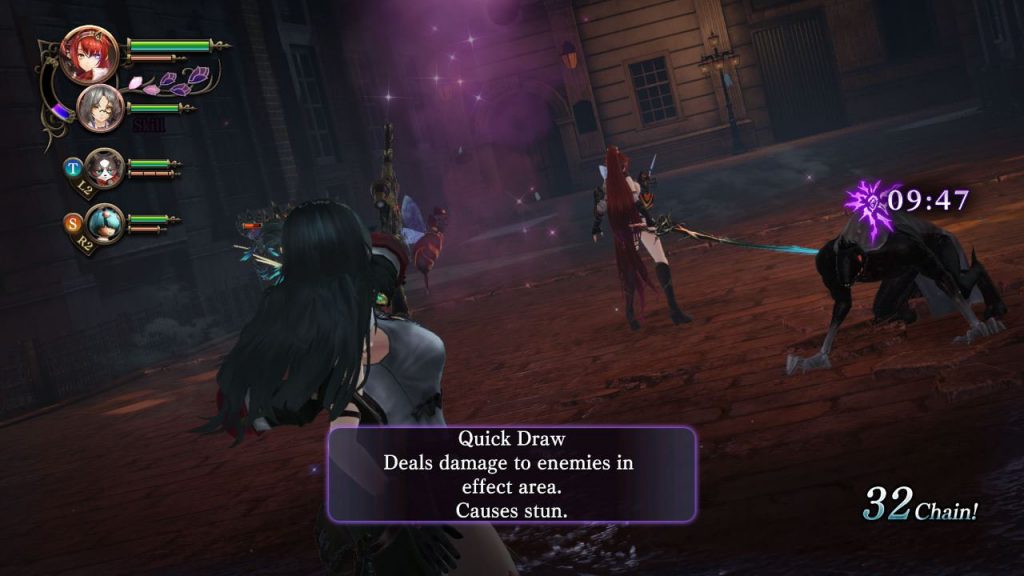 By leveling up, and acquiring certain abilities, you can extend the timer, and that is the grindiest part of the game. There are tons of quests and sidequests to complete in the game, but since they’re time sensitive, you do ned to plan properly so that you can organize accordingly to make the most of the time you have for each run.

Combat is of the hack and slash variety, with combo chaining as a primary focus. The in-game tutorials will explain to you the mechanics as you go along, and you will learn everything you need to stay alive, telling you what each button does and giving you some solid advice. It’s a good tutorial and an important one since Aluche can buddy up with an AI character and later on a Servan. Servans are friendly fiends you can rescue and recruit as allies for your cause. 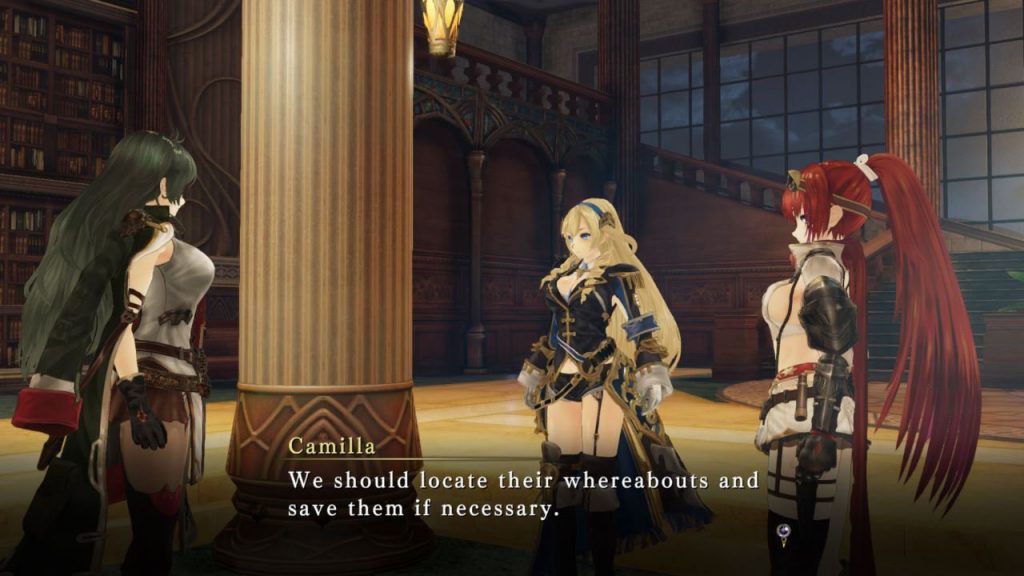 You and your AI partner can perform co-op attacks, and that depends on who you buddy up with. All characters have different abilities, allowing you to unleash deadly attacks on fiends. It’s a decent battle system, with some great animations for the flashy co-op attacks that deal considerable damage to your enemies. 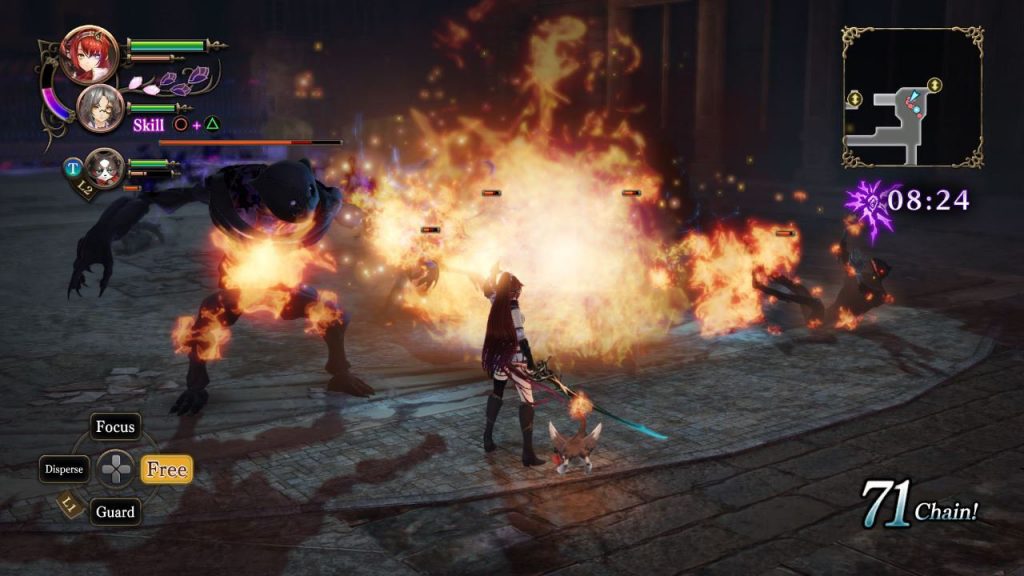 There are many servans that Aluche can recruit as allies once they have been rescued, as well as several trophies tied to the servan rescuing. Not only will they fight by your side, they can also become special weapons for Aluche to equip! Unfortunately, you can only take a maximum of two servans with you into battle, and you can’t swap them out unless you’re back at your base – this forces you to choose your servans wisely since you will probably want to take the ones who can open new areas for you to access rather than use as weapons. 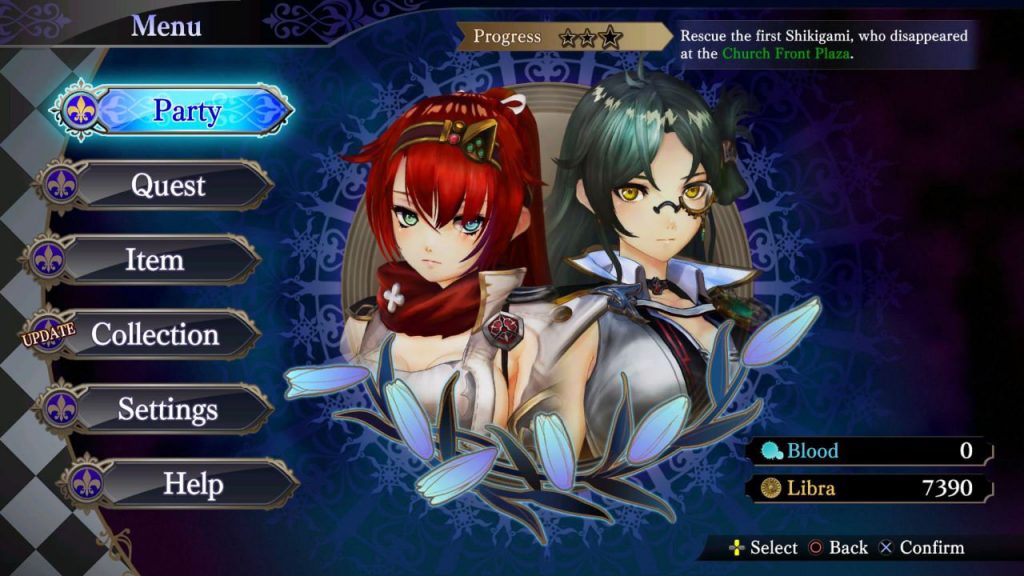 Going back to the sidequests, every single chapter in the game has several of them to take on, and there’s a trophy for completing 50 of them so you really need to complete as many as you can while you also work on the main story. Since they are time sensitive, you can end up locking yourself out of the Platinum trophy if you don’t complete enough sidequests before the point of no return, so be sure to do sidequests often and to do them as early in a chapter as possible. 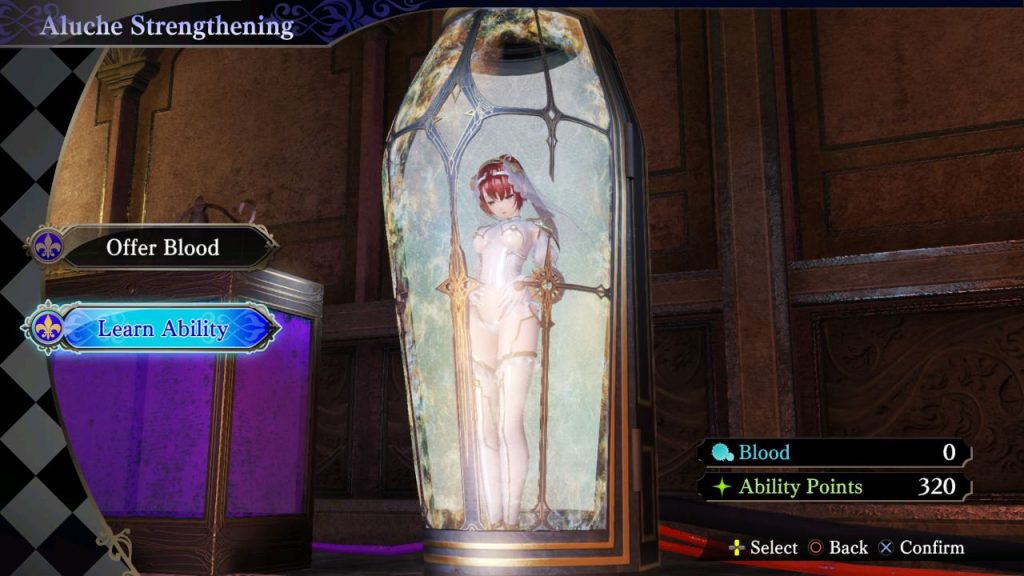 Nights of Azure 2: Bride of the New Moon is a lot of fun despite the time limits – I had a blast playing it. The Platinum trophy is going to be tricky and very grindy, but that’s usually the case for most action RPG releases on PS4. The graphics and animations in the game are absolutely brilliant, bringing the world and its characters to life – be sure to check this one out! 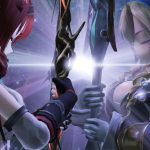 Nights of Azure 2: Bride of the New Moon Review

Game title : Nights of Azure 2: Bride of the New Moon

Disclaimer
This Nights of Azure 2: Bride of the New Moon review is based on a PS4 copy provide by KOEI TECMO America.