Nidhogg 2 from Messhof is now available on PlayStation 4! Are you ready to stab, shoot and slice your way to victory? Then read our Nidhogg 2 review!

Did you check out the trailer above? If you’re wondering why the sequel to Nidhogg looks completely different when compared to its prequel, you’re not crazy. The sequel has a very, I don’t know, Simpsons look to it, right? For reference, here is what Nidhogg looks like on PlayStation 4: 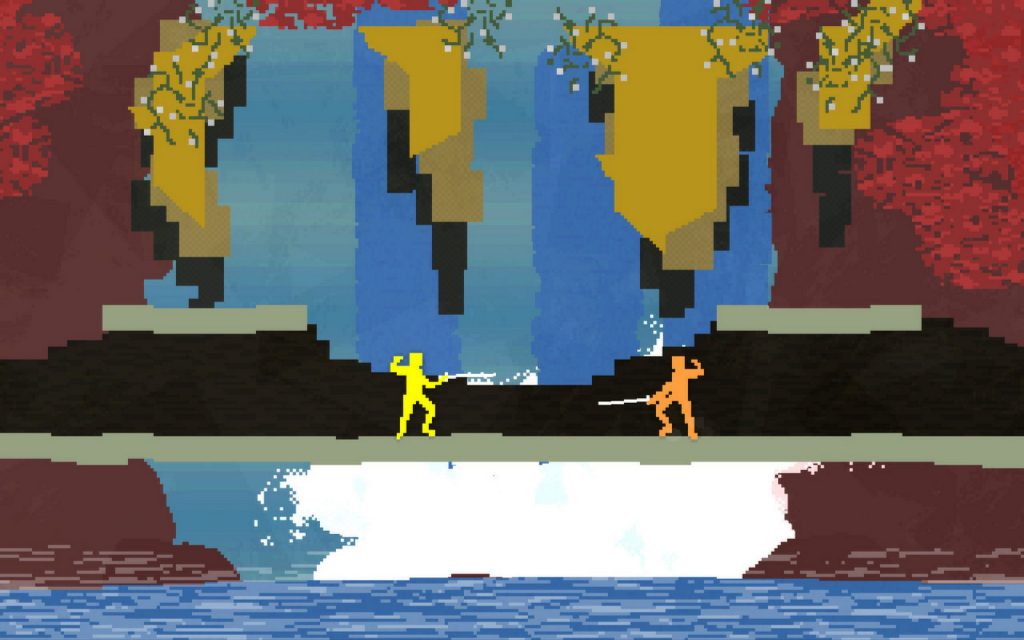 And with that out of the way, let’s get right to it! As you start to play the game, you’ll get a chance to customize your in-game avatar. First up is selecting a skin color, from a nice variety of colorful hues – yellow, orange, pink, purple, light blue, green and lime are yours to command! Next up is customizing the torso, legs, hair and accessory of your character. If you’re feeling lazy, you can just hit the Square button to have the game come up with a random selection for you.Once you’re done with that, it is time to dive into the action. 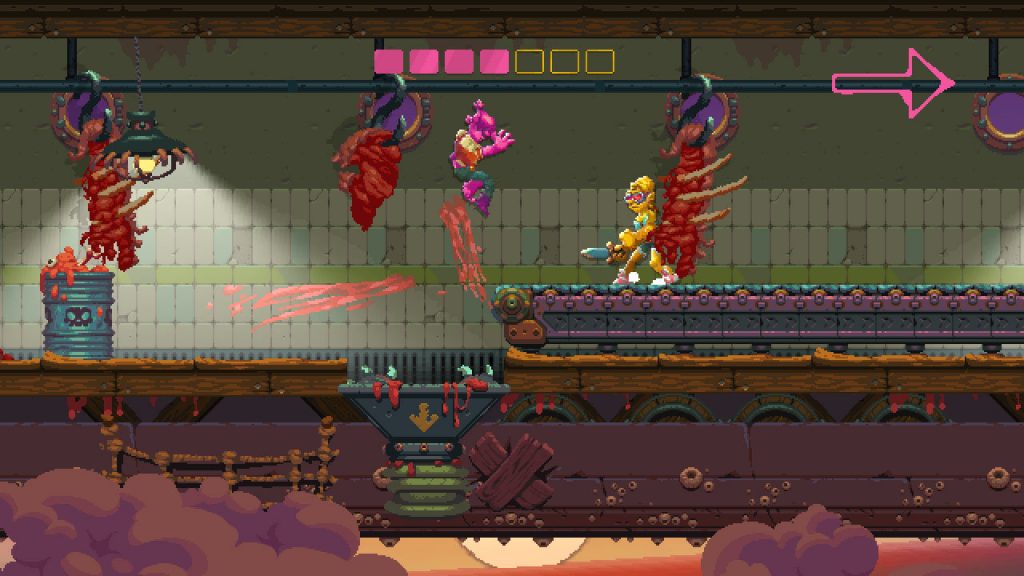 You’ll notice a great looking Yoshi’s Island style map staring at you, and it is here that you’ll select the location for your match with destiny. You know, if destiny was the name of the sharp blade or blunt object that is going to kill you a minute into the game. Once inside of a match, you’ll be able to move with the left analog stick, jump with X button and attack with the Square button. If you want to throw your weapon, and risk being left wide open for a counterattack, you can press up and then hit the Square button. 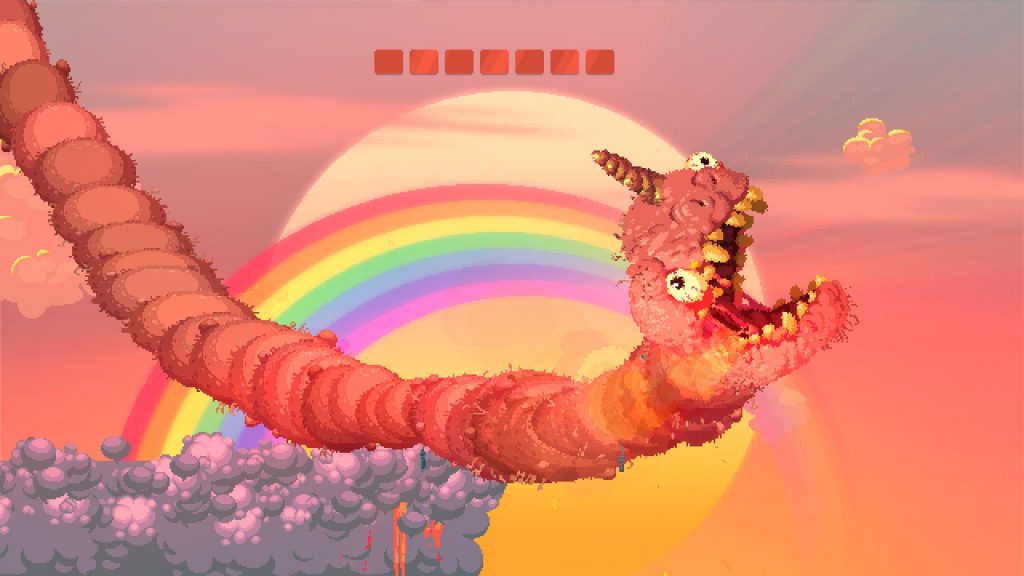 When you kill your enemy, you’ll need to quickly move towards where the giant colorful arrow is pointing. In order to win a match, you need to get to the final screen to claim victory. Your enemy will be doing the same, and every time it kills you it will madly dash towards where its arrow is pointing to make as much progress as possible before you end up respawning. You could also try to run towards the end of the screen, but your enemy will end up respawning close to you while being invincible, so it’s definitely a gamble that might bite you in the ass – and you can only do this when the giant arrow is of your color. 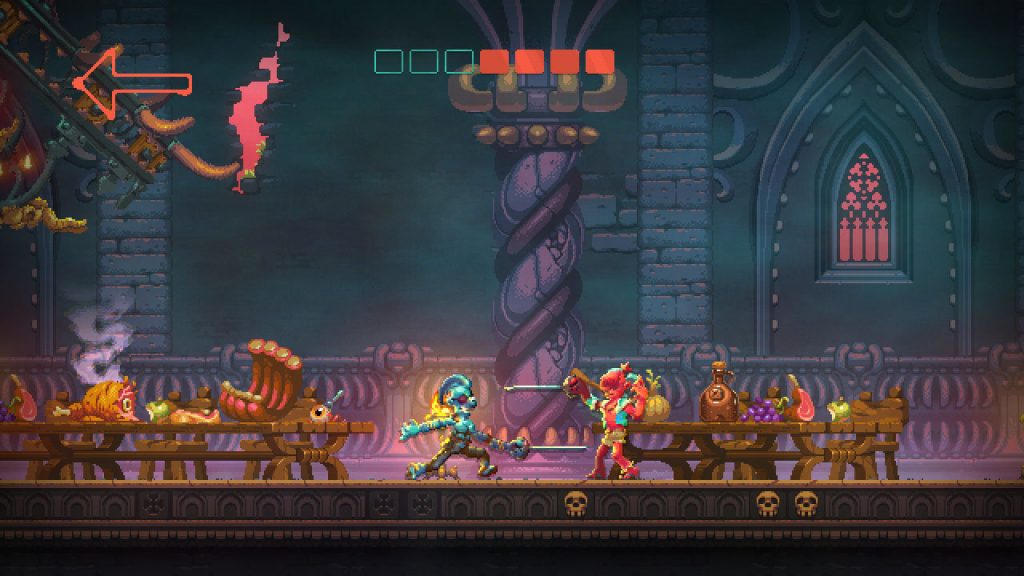 The game features a single-player arcade mode in which you battle in each of the game’s locations as you try to be the best one at the thing you do with the things. There’s also a local multiplayer mode so that you can take on your friends – soon to be enemies – in frantic battles. The game has a nice rhythm to things, and you need to take your time every step of the way because, even when you think you’re about to win, your opponent can have a solid comeback and take home the gold. 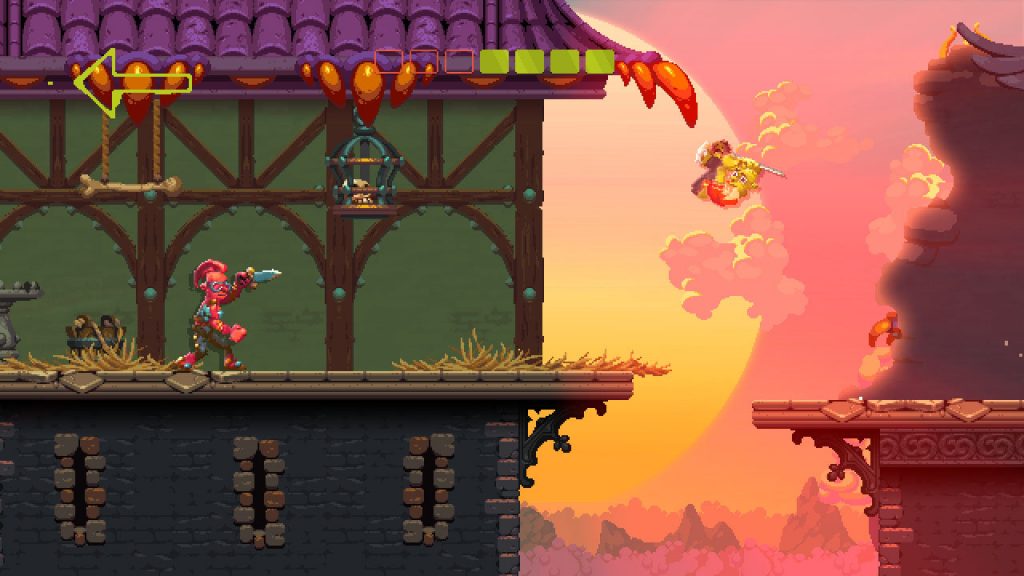 Nidhogg 2 is a game that you’re either going to “get” or won’t. There’s a lot of deep to what at first might seem like a shallow release, but you need to give it some time before it wins you over. Playing with friends is a great way to speed up this process, so I’d suggest you do that after completing at least one full run of the single player campaign (which shouldn’t take you more than 40-50 minutes). If you liked the first game then you’re going to love the gameplay for this one, although you might not like the change in the game’s visuals.

Disclaimer
This Nidhogg 2 review is based on a PS4 copy provided by Messhof.

The Fall: Unbound Delayed To Early 2018