Graceful Explosion Machine initially graced the Nintendo Switch as a timed exclusive. Now, it is available for players to enjoy on PlayStation 4, which is great news because this is a very addictive, fun and fast-paced release that all PlayStation 4 owners need to play right now!

The game’s controls are easy to pick up which is great since the game is an action-packed experience. You move around with the left analog stick and can flip between going right and going left by pressing the L2 button – you can also Dash with the R2 button. The X button activates your Blaster, the Square button your Energy Sword, the Circle button your Sniper Beam, and the Triangle button your Missiles. Got it? Great! Because once you begin to you’ll realize you don’t have all of your weapons available right from the start. 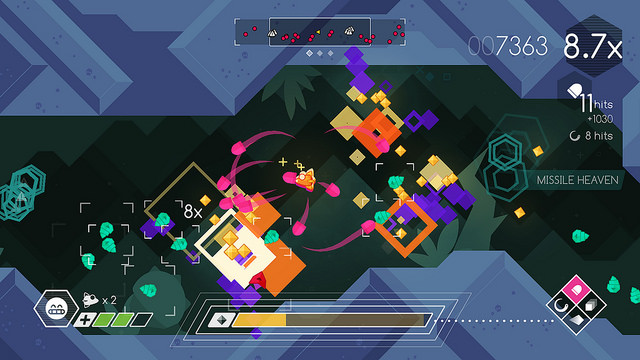 Since weapons are a big part of the game, I want to take a moment to talk about them a bit more. The Blaster is a close to mid-range weapon that you’ll be using a lot, but you need to be careful, or it will end up overheating. The Energy Sword is a close-range attack that deals damage all around you – it is deadly when focusing on a single enemy. Missiles are excellent for doing short burst attacks or for longer barrages as you aim the missiles with the left stick. And now, the most important thing: weapons run out. That’s right, weapons have a Power Meter, and when it runs out, you can only use the Blaster. You’ll need to either wait for a bit for the Power Meter to recharge, or collect Crystals to recharge your weapons faster. 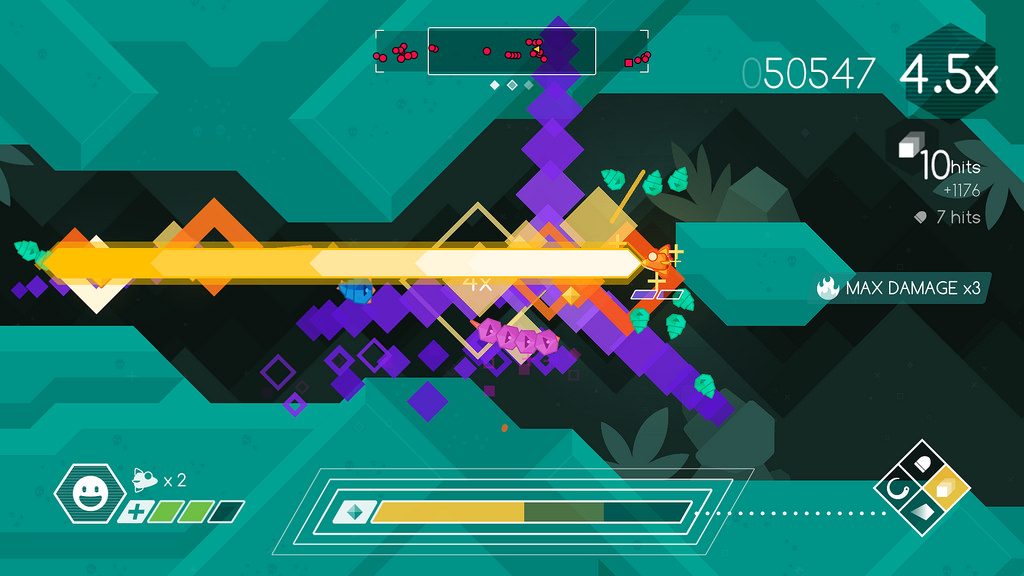 The first planet is Magentos Prime, and you’ll have to complete at least six of its nine levels before you can move on to the next planet. The first couple stages will be the game’s tutorial, teaching you the basics. It is here that you’ll gain your weapons and the Dash ability so that you can get the hang of things. From level 1-3 and on you will start to feel a bit overwhelmed by the many enemies that will spawn all around you. Levels loop, so if you go to the right you’ll end up going to what used to be to your left. This is useful when trying to keep your combo going – launch a swarm of missiles to your left and move your right and use your Sniper Beam to destroy some of the enemies furthest away from you! 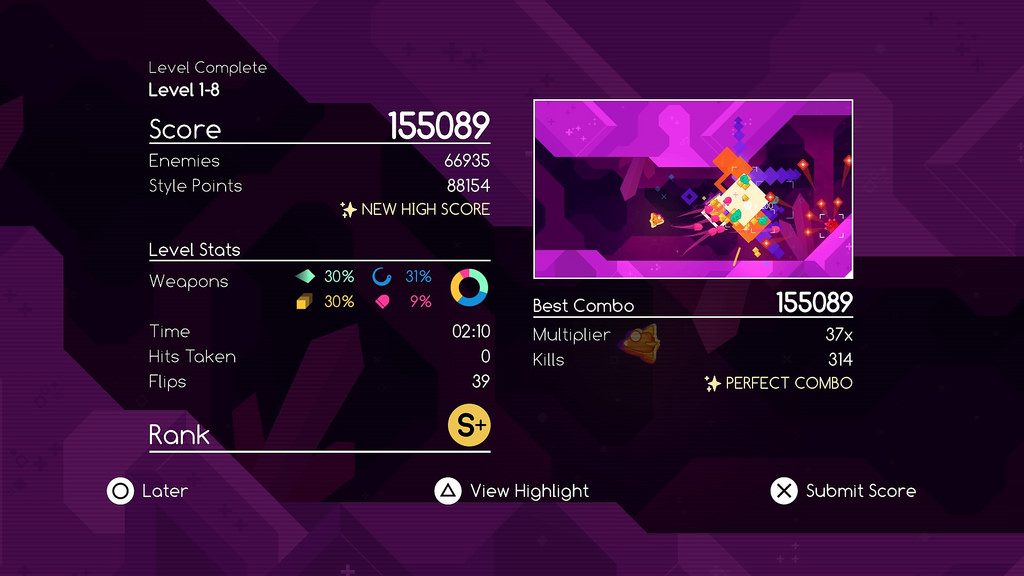 Graceful Explosion Machine includes a full trophy list with a Platinum trophy for your troubles. As you can imagine, it places a considerable focus on skill-based trophies since you’ll need to get an A rank, an S rank, and S+ rank and then, you know, casually S rank every single planet. There are also trophies for extended combos, for completing a stage without taking any damage (other than the tutorial), and more. It’s a long road to the Platinum trophy, but a fun one! And the good news is that due to the game’s nature there isn’t a single missable trophy on the list. 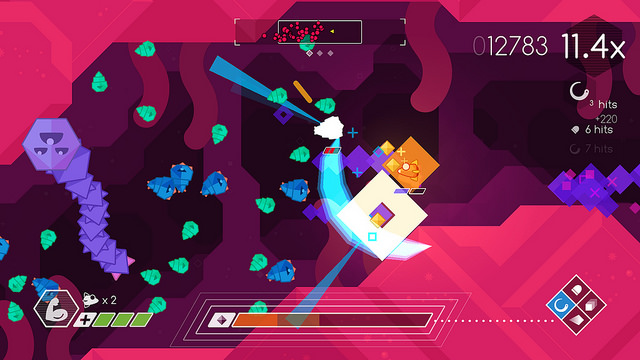 Graceful Explosion Machine is a fast-paced and action-packed release that is highly addictive. You’ll end up returning over and over again to each level as you first aim to get A grades in all of them before you move up to getting an S rank on them from near-perfect start-to-finish runs in each level, building up massive combos as you avoid being hit by enemies. There’s plenty of content here and a nice variety of enemies to make this one an easy game to recommend on PS4.

Disclaimer
This Graceful Explosion Machine review is based on a PS4 copy provided by Vertex Pop.