I’m a big fan of the Neptunia series, so I was more than ready to review the latest release from Idea Factory International. Come check out our Cyberdimension Neptunia: 4 Goddesses Online review!


This one is a very fun entry in the series. Why? Because it is a parody of the MMORPG genre! If you’re a fan of MMORPGs, then you’re going to have a blast playing this one. I’m personally not into MMORPGs, since they require hundreds of hours of gaming time, and while I’ve spent 120+ hours on, say, Rainbow Moon, the MMORPG genre didn’t hook me. Enter the Neptunia gang… and I suddenly love this stuff! 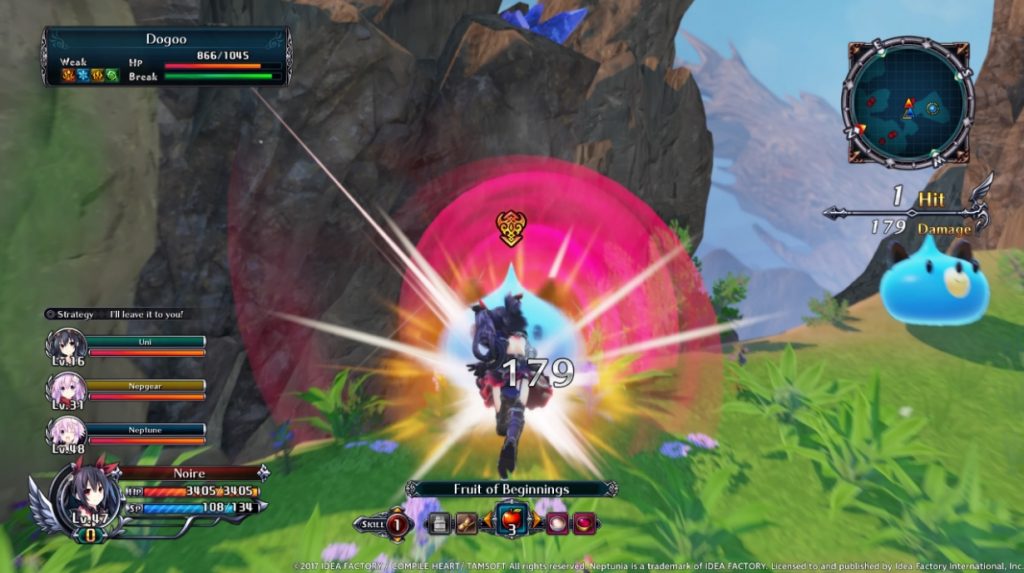 Neptune, Vert, Noire and the rest of the gang are back, and this time they have beta codes for a brand new online game: a Massively Multiplayer Online RPG. The gang will not only be playing a game but also help out with stability issues within the game, as is commonplace with an actual beta. Since the beta is an RPG, the characters also have their own classes. Neptune is a Paladin, Vert is an Enchanter, Uni is a Thief, Noire is a Dark Knight, Blanc is a Priest, Rom is a Samurai, Ram is a Ninja and last but not least, Neptune’s younger sister Nepgear is a Mage! They formed a Guild called C.P.U., and you end up playing a game within a game… about a game! 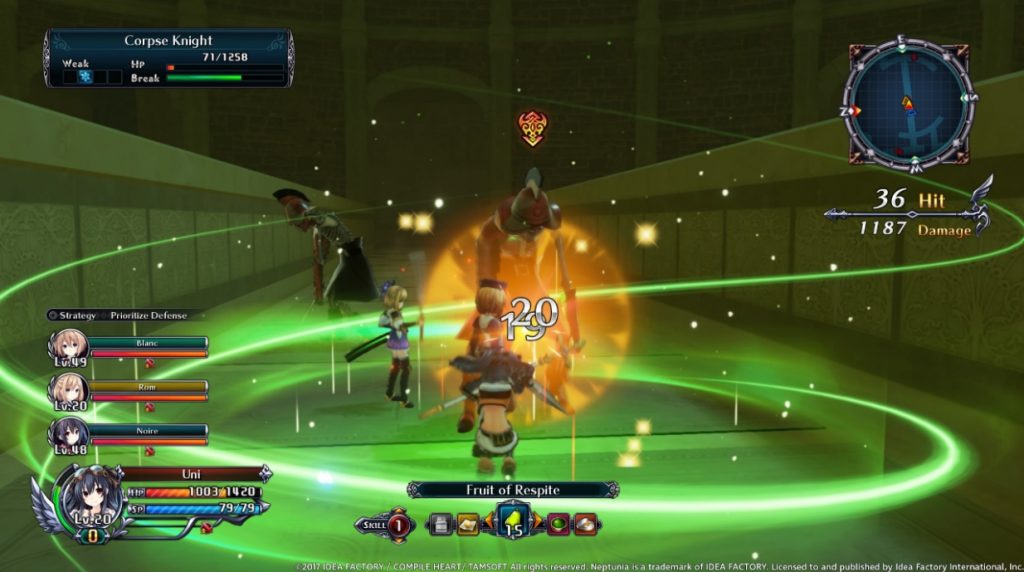 To progress, you must complete quests from the guild in town. You can also buy stuff for your party, receive prayers from the cathedral, and more. Going back to quests, they are pretty simple, and most are easy to complete, except for the boss quests which can pose a challenge if you don’t level up properly. The quests consist of “fetch me X amount of this and that,” kill X number of enemies, or reach a certain point on a map. After that, there are the “beat the boss” quests which will take longer than the few minutes you’ll need for most of the rest. You can have a max of four characters in your party out of the eight playable ones, so you’ll need to mix and match them to find the ones that are best for the job. 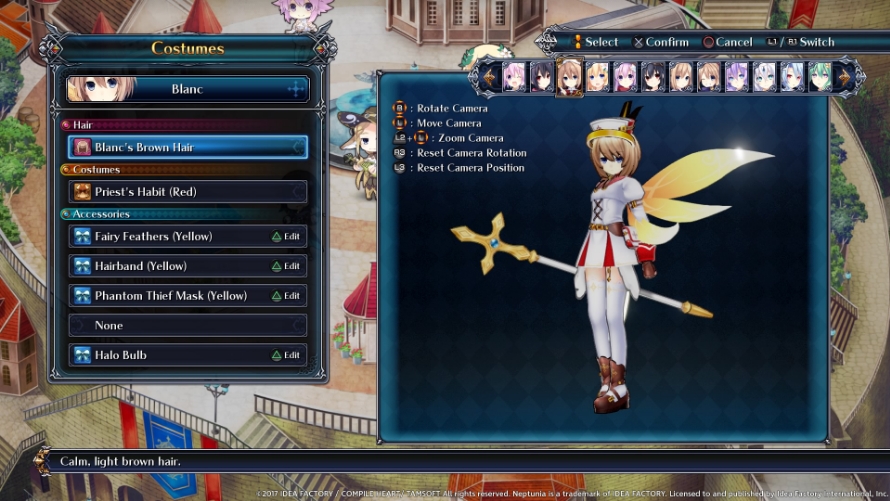 When you go to a dungeon to complete quests, you will be pleased to know that combat is in real time, making this a fun hack and slash adventure. Mind you, there’s nothing wrong with the turn-based gameplay mechanics of the games in the main Neptunia series, but I did have a lot of fun with the action focus for this one. The Square button is your standard attack button, and using it will fill up your SP bar so that you can unleash special attacks – use the shoulder button to bring up a menu and pressing the button that corresponds to the attack of your choice. Many of the enemies will remind you of games you have previously played, like the slimes and skeletons of the Dragon Quest series, or the massive characters of the Final Fantasy series – plus some inspired by the MMORPGs you’ve probably played over the last decade. 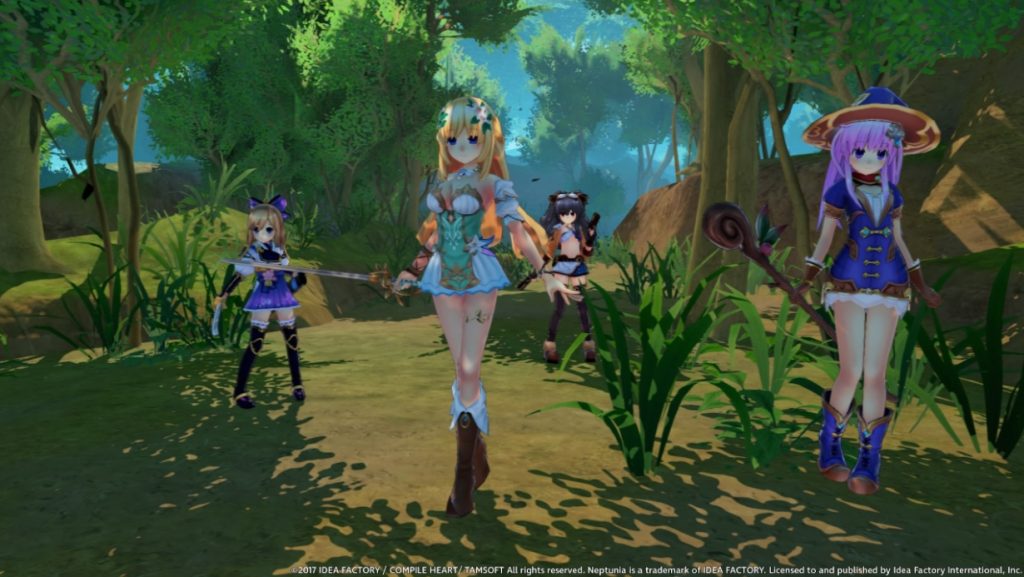 While the biggest portion of the game is single player, there is an online-only Guild in town (hence the game’s name!) where you can undertake quests online with two or more players. These quests are exclusive to the online part of the game. You can choose the number of players you want, and you can host your own lobby or join others. As is the case with all new games, the online side of things is not as populated as we’d like, but with so many fans of the Neptunia series, I’m confident that will change.

Trophy-wise, the Neptunia games usually take a lot of commitment and grinding to earn that shiny Platinum trophy is a must. But for this one, you’ll definitely be spending dozens of hours playing, but you’re looking at around 30-40 hours at most, give or take a few hours. That doesn’t make it a less rewarding trophy, but the shorter time investment is not a bad thing. 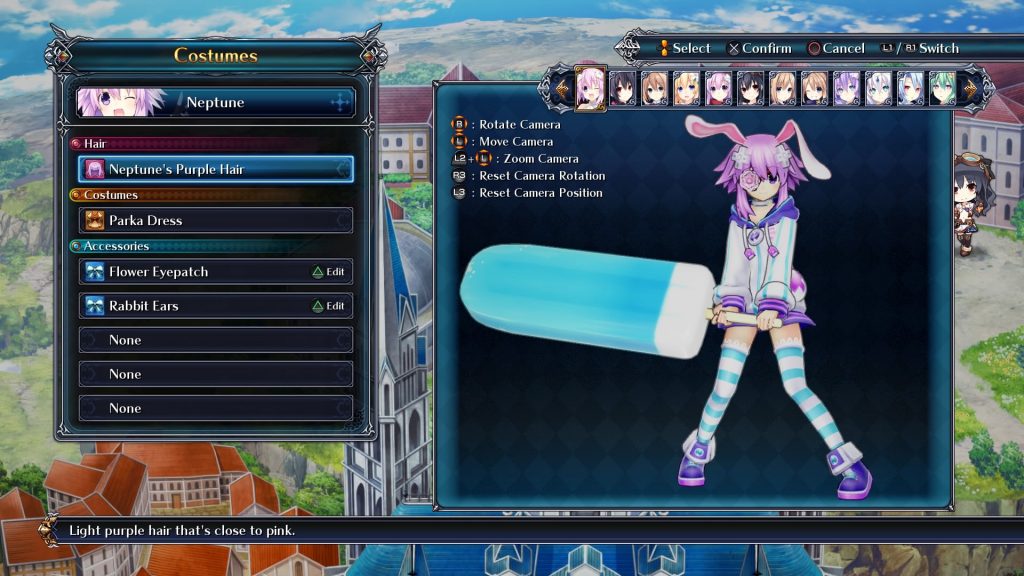 Overall the game is very fun, and a worthy addition to the Neptunia franchise. There’s a very fun story to experience, lots of dungeons to visit and quests to complete, and plenty of fun jokes at the expense of the MMORPG genre that will make you smile during your time with the game. If you’re looking for a solid hack and slash with your beloved Neptunia characters, then this is exactly what you need. 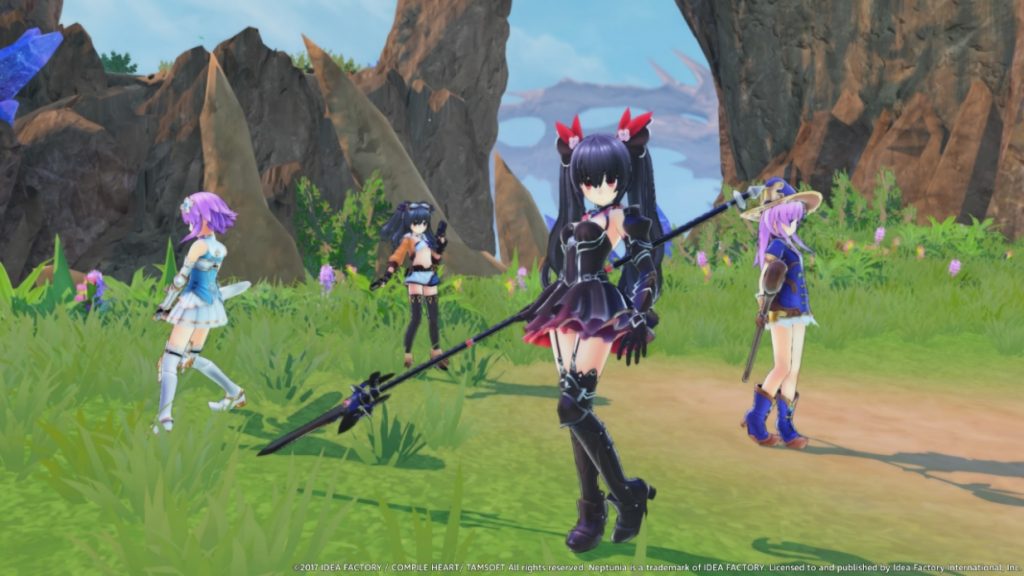 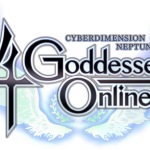 Very fun and colorful action entry in the long-running series

Disclaimer
This Cyberdimension Neptunia: 4 Goddesses Online review is based on a PS4 copy provided by Idea Factory International.

The Jackbox Party Pack 4 Out On October 17 On PS4