Survive your day at school and travel to “The Common” – a magical world where you are a superhero and those in your school. Learn more in our Blue Reflection review!

A clear summer sky spreads over the Hoshinomiya Girls’ High School.
This story begins with the belated start of school life for Hinako Shirai, who has just recovered from a leg injury due to a tragic accident.

The magical sisters Yuzu and Lime bestowed to her a special power to become a ‘Reflector’.
Hinako transforms into the magical Reflector form and protects the world from devastating forces for the sake of the world, and her own dream that she thought she had to give up on.

In Japan there is a genre called Magical Girls – this is where Sailor Moon comes from. If you are at all familiar with Sailor Moon, then a lot of this game will seem familiar. The game is an RPG developed by GUST, known for their female orientated games in the past. Om that note, this one plays very differently from the Atelier games I have reviewed. You play as Hinako Shirai, a girl who has just started at a new school. She was previously aiming at being a very famous ballerina, but a knee injury has sidelined her permanently from this – she is still coming to grips with what her future holds for her, and changing to a new school is not ideal. 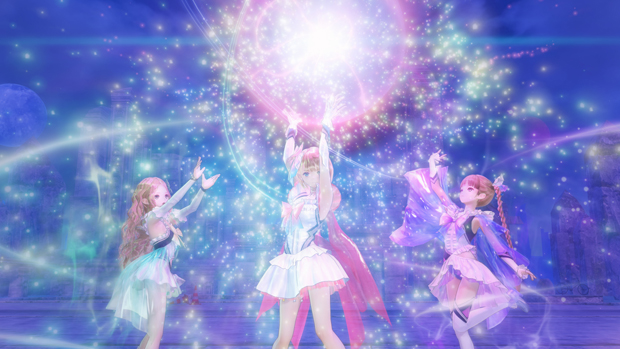 At said new school, she is granted powers to become a “Reflector” to help save the world. What that means is she gets to enter a magical world called The Common and do a transformation (very reminiscent of Sailor Moon) that allows her to become a powerful superhero so that she can take on the bad guys.

After playing the game for review, I can say that it reminded me of the Persona series. During the day you go to class, participate in school events, and build relationships with the other girls in your school, which feels like a visual novel with more animation. And then you need to you jump into The Common and wander around the map, taking on bad guys and locating fragments from the girls your school so that they can better understand themselves better.


Let’s start with the fun RPG stuff: the game plays very much like Final Fantasy 10 since you have three main party members that earn abilities as you go. When you enter a battle, you have a bar at the top with your characters’ portraits on the left side heading towards the middle, and the enemies on the right side heading towards the middle as well. Whoever hits the middle first gets to act. When it’s your turn, you can choose to attack, provide support, use magic, etc. You need to pay attention to your MP and HP during battle so that you can make the most of your MP before it runs out – and so that you can keep your characters healthy! But don’t worry too much since your HP and MP are refilled at the end of each battle.

What this game does differently than most RPG’s though, is that it eliminates grinding for XP. You get growth points as you play through the story and complete optional missions in the game. You can spend these on four different stats, which in turn unlocks different skills for you to use in battle. This keeps you from having to grind in areas to improve your party, which is an interesting idea. 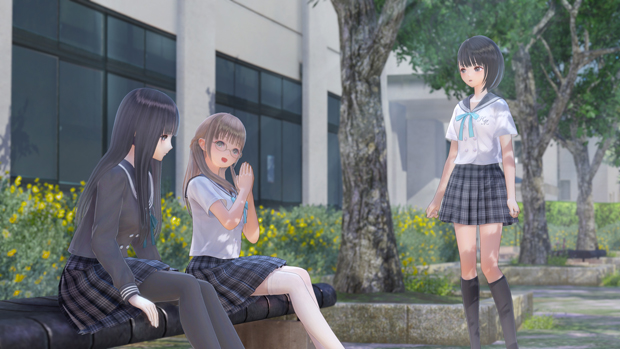 When you have to fight a boss in the real world, the girls you have bonded with and found fragments for will also support you in battle. You can choose to assign up to four of them to each of your three party members, giving you some extra boosts throughout the battle. The game does a good job separating itself from the competition with the differences in the RPG mechanics. I found the fact that you didn’t need to grind really pushed you through the story mode more and made the game move at a quicker pace than a traditional RPG. The other thing that was interesting is how your HP and MP are refilled after battle, since it keeps the action going at a steady pace.

The other phase of the game has you attending classes and building relationships with other girls, often tying right back into the reason for jumping into The Common. You can wander around the school and talk to your fellow classmates, and the game gives you a map of the school you can use to fast travel to other sections, making navigating the school much easier. When not directly in the story you can complete missions around the school which will help earn you more growth points and build bonds with your friends granting you more fragments for battle customization.

You can also invite the girls on trips after school to random locations to further build your bonds. This instantly reminded me of the Persona franchise, but in this game, it is a more basic version of what Persona has you doing on a daily basis. As someone who dropped over 100 hours into Persona 5 earlier this year, this really feels like Persona light – which isn’t a bad thing! 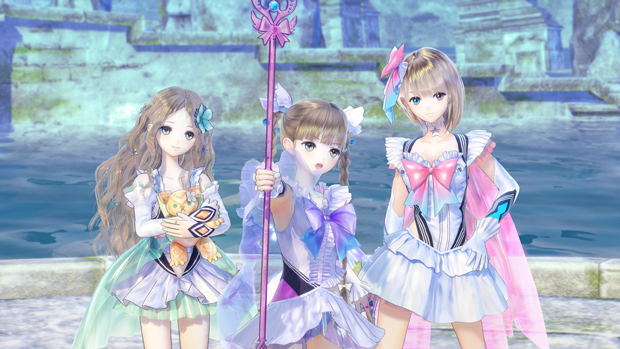 The game itself looks beautiful, blending an anime look with cell-shading that makes it look like you are watching a TV show. All of the girls you interact with feel unique and have their own visual flair. One odd thing about the game though is the choice in art direction for the character design. The clothes the girls wear are semi seethrough and when they get wet… you can see their undergarments. Sometimes the girls will hit the pool in their swimsuits which are full body swimsuits, but then you get shower scenes with the girls, often just barely being appropriate for what they can show for school girls. I’m just saying you might not want to play this game with kids around.

I really liked Blue Reflection for the changes it made to the RPG system, eliminating grinding for character progression is an interesting way to respect the characters time. I do wish the game was a bit harder since it felt like the focus was in the story (which is a good story) with battles as a mean to have some gameplay between the other sections. But other than that, if you are a fan of RPGs, then this is a good one to try.

Disclaimer
This BLUE REFLECTION Review is based on a PS4 copy provided by KOEI TECMO America. 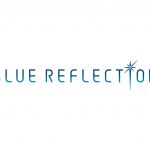 Good RPG that changes up the genre a bit

PlayStation Plus For October- PS4 Edition