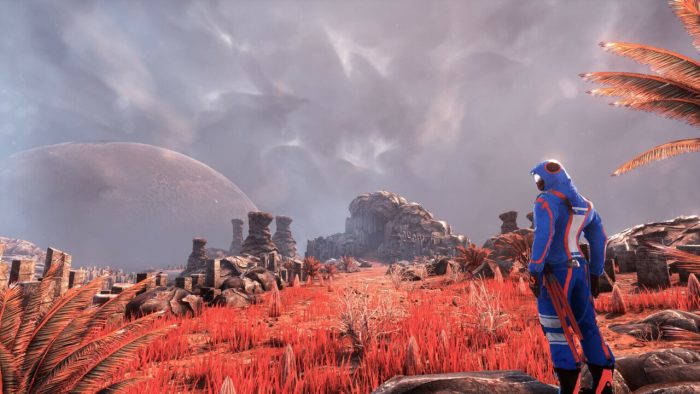 The Solus Project is a single-player exploration and survival experience played in first person view, set on a mysterious and seemingly uninhabited alien planet. Learn more in our The Solus Project review!


Earth has been destroyed, and mankind lingers on in a small fleet of ships near Pluto. As humanity’s last hope, you are sent to scout a distant planet as a potential location for a colony. After years of space, travel disaster strikes however, and your ship is destroyed when approaching the planet…

Starting in orbit around a distant world as part of a crew tasked with finding humankind a new home, you are mysteriously shot down, and your ship crashes spectacularly onto the surface of a nearby planet. You find yourself alone on an alien world surrounded by the twisted metal remains of your ship. Survival is the first thing that springs to mind. You search around for things to pick up. Are there other survivors? 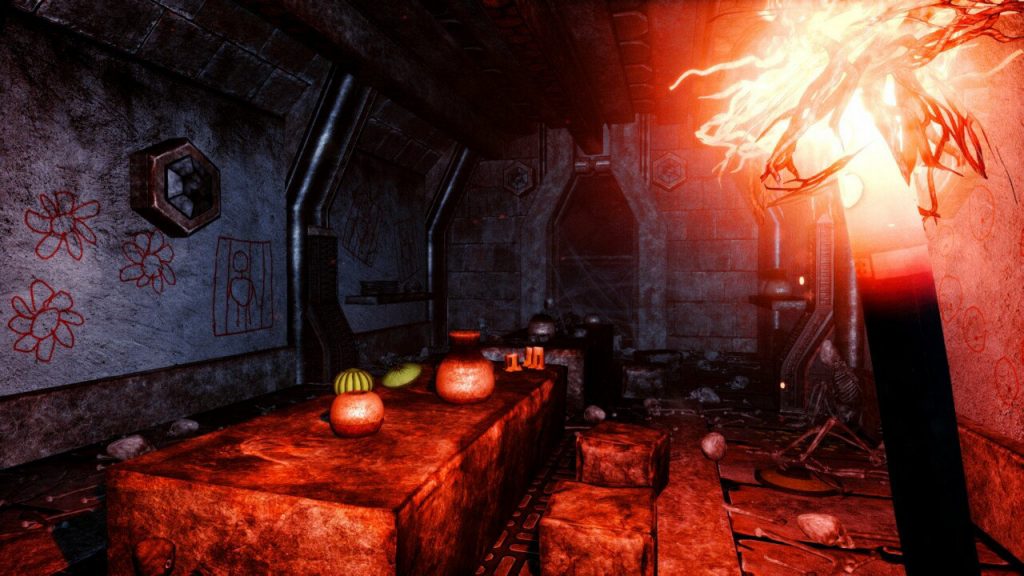 At first, you explore the initial crash area, gathering nearby supplies and filling your inventory, before building enough confidence to venture out further. The game takes you on a journey across the alien terrain, through caves and deep underground. Thanks to the power of PS VR, The Solus Project has an incredible sense of scale and is graphically beautiful, with ambient sound effects and music that combine to set the mood. This alien world has moons that loom large on the horizon, throwing the outline of distant islands into sharp focus. The game has a lot of content for you to experience, although the storytelling does feel a bit clunky at times, as you find the odd crew log which has somehow survived the crash. 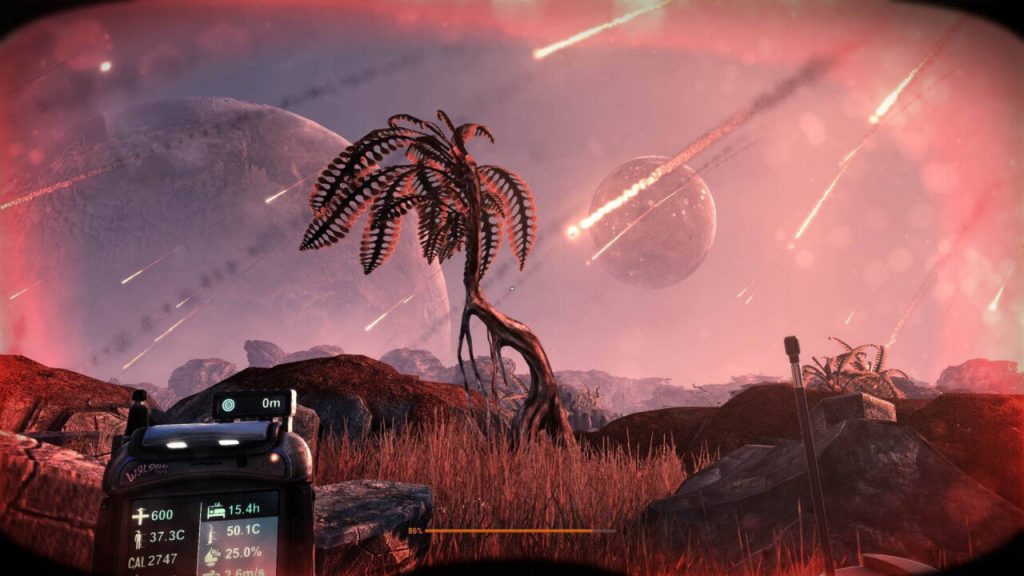 The survival elements of the game do require you to find food, water, and medical supplies since you’re a human who needs to stay alive – oh and when you go out in the cold you risk dying from hypothermia. This happens to me while I was trying to figure out the control methods as there is no tutorial to speak of on how to use the Move controllers, so trial and error was the key. The setup seems a bit weird, with the Move controller in your left hand you press the Move button and your character moves forward, but the Move controller in your other hand pressing the Move button enables you to teleport? That’s certainly very confusing. 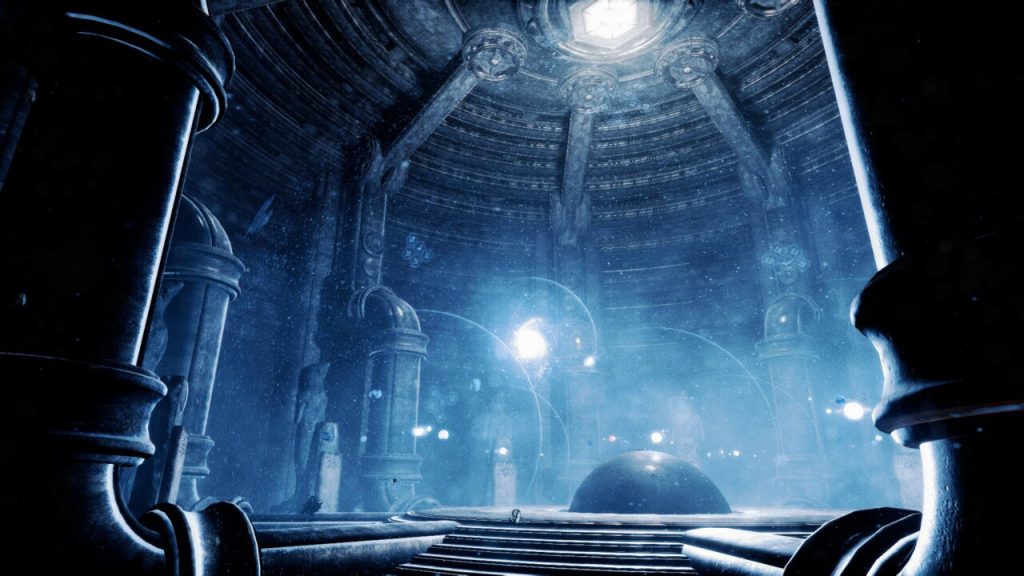 The main idea for your mission is to get from point A to point B. During this, you regularly come across puzzles and obstacles, but they’re usually easy to solve – you are equipped with a PDA which holds all the key information you will need. In your right hand is the currently active item from your inventory, which for me was a flaming torch most of the time. The right hand also functions as a laser pointer for things that your PDA can examine. A nice but eventually annoying touch is that the computerized voice of your suit keeps you informed of your body’s imminent issues, which is good at first but can then get annoying when “Dehydration Imminent” is repeated over and over. 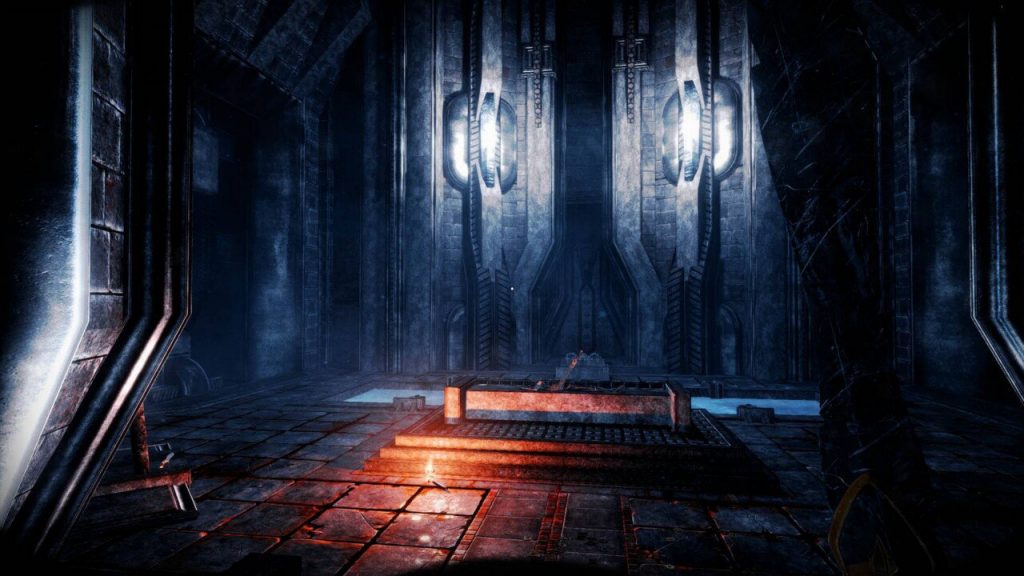 Apart from the using the PDA, you have to solve simple puzzles to create new items such as a torch made from local plant life and metal bars. You will find that things you can interact with glow when you face them, and you can then select them using the Move controllers. You have access to tools that can help you complete certain puzzles, like a hammer that can break down walls or a teleport device that shoots discs you can teleport to locations (this goes back to not knowing initially how to use the controls due to a lack of tutorial).

Within the game, there are some truly incredible graphics, and rain is beautifully portrayed. Meteor showers are a delight, especially in the way the game portrays the hostile conditions of the alien planet. Life-threatening storms and tornadoes roam the surface, constantly reminding you that this is a survival game. That being said, there are some things I need to mention, one of which is the graphics around the move controllers that are actually Move controllers in the game: when you pick up a rock the move controller is still shown sticking out at the bottom, which definitely looks a bit weird. 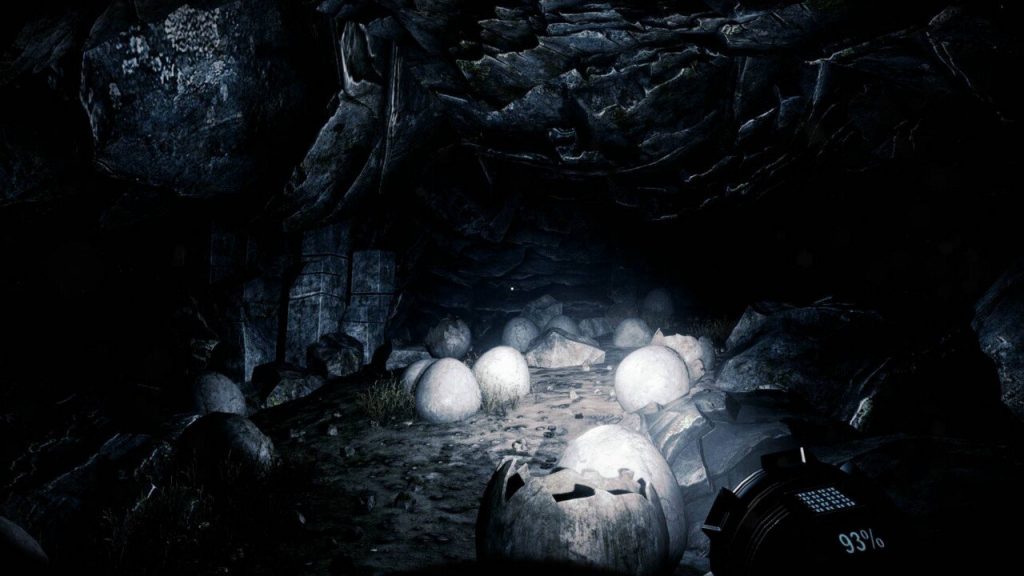 With all its immersive graphical beauty, The Solus Project is a great survival experience game. While it does have some bugs, it is an immersive experience that looks great on PS VR – there is something great about standing on the beach watching a meteor shower or jumping into a pool of water in pitch black darkness. There is so much to explore that you’ll be spending many hours on this alien planet.

Disclaimer
This The Solus Project review is based on a PS VR copy provided by Grip Digital. 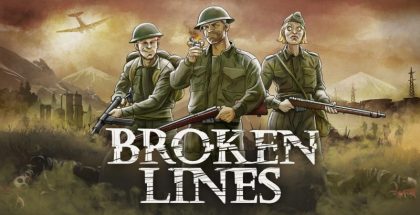 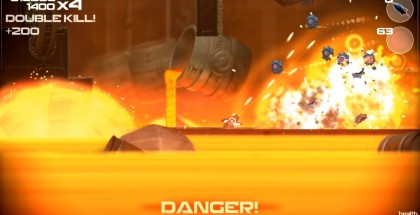