VR Ping pong, as the name suggests, is a game for PlayStation VR. As I’m sure you have figured out from the title, it is about ping pong – or table tennis, whatever you like call it. Oh, and it’s in VR. I am a fan of the actual physical game, so I was certainly keen to try it out. Will it ping or pong on Sony’s VR hardware?

When you first load up the game, you are on one side of a ping pong table with your paddle in hand, and you will be able to move it with a PlayStation Move controller, which gives it a nice realism. Thankfully this game cannot be played with a DualShock 4 controller, as it would just kill the game -there is even an option for you to play with two Move controllers. 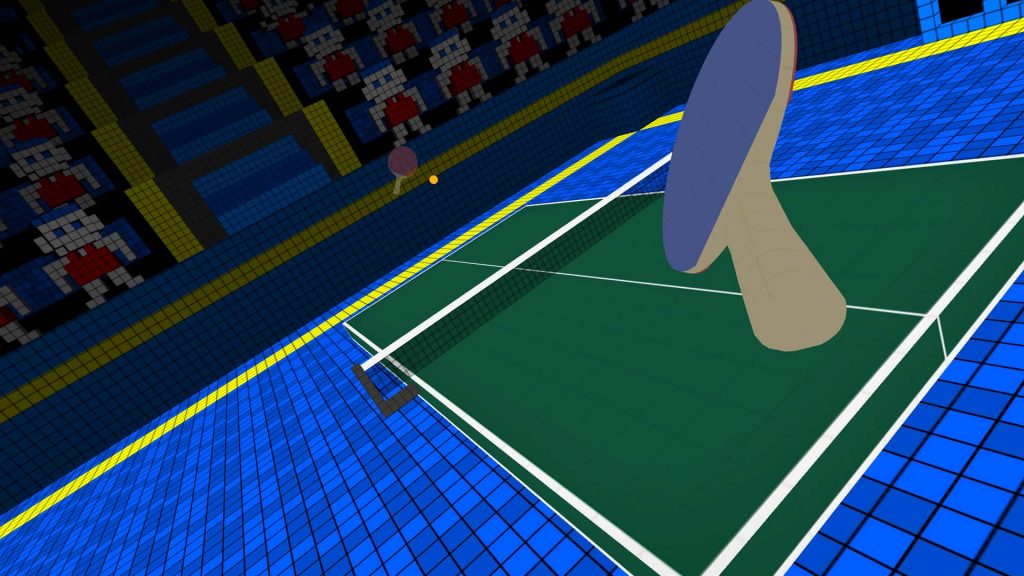 At the other side of the table, you will see your opponent, an 8-bit looking character who appears to be on a machine to move him from left to right, and his paddle is on a long pole that just moves forward and back.

Outside the view of the table you are in an arena with two umpires, and surrounding you in the stadium is a plethora of 8-bit fans that jump around and, for some reason, take off their heads. By pressing the big move button on the controller you get a pointing device which you then point toward members of the crowd to break them apart into little 8-bit blocks (fun for a bit) – they are quite a lively crowd which boo and cheers based on how you perform. 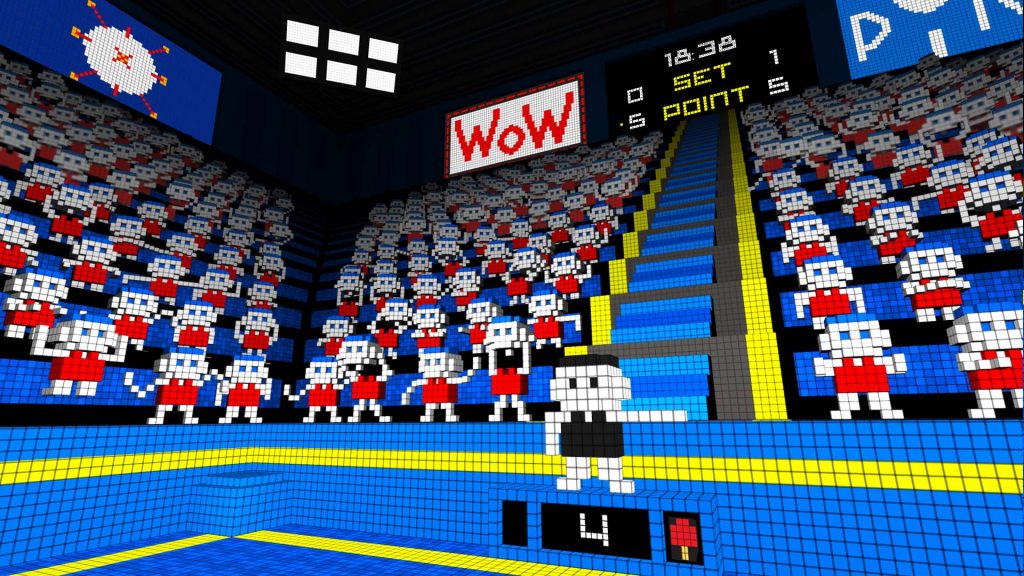 When you are done admiring the surroundings you will notice the menu, with six options to choose from:

1) Practice: This is a very good way to get into the game since it will show you how the game works – 10 minutes or so should do the trick. There are three difficulty modes to select, so that you can really get a feel for things – easy, medium and hard.

2) One Game: Once you think you have mastered Practice mode you can dive into this on to be put into an actual game, with the same three difficulty settings. Each game you play will be in a different arena.

3) TT Cup: This game mode is one of my favorites in the game! You will enter a tournament to try and win the TT Cup. You’ll get to work towards becoming the champion, one match at a time. 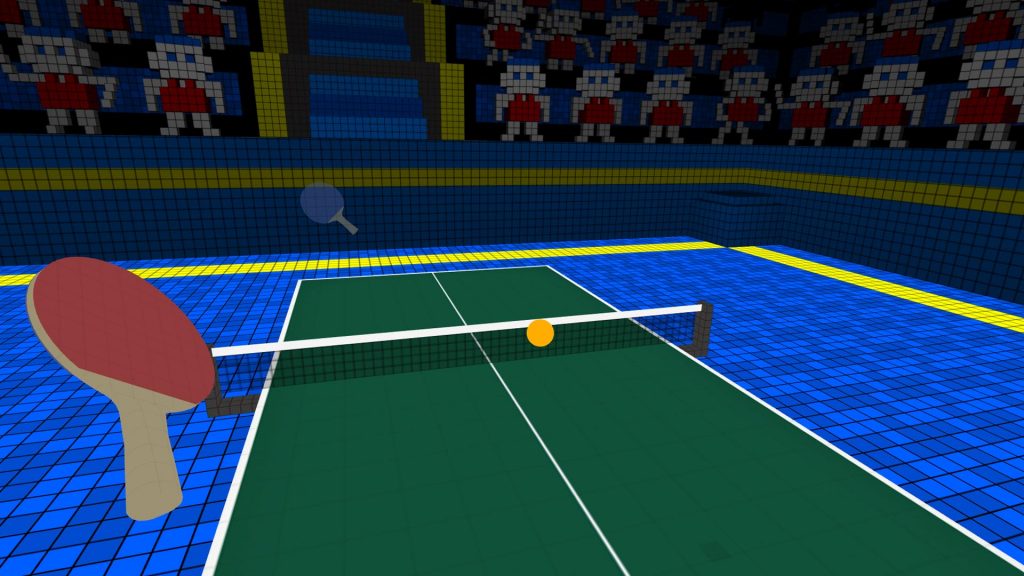 4) Arcade: I really liked this one since it does things differently. Within arcade mode, there are six separate mini-games.

First one is ‘Wall Mode’ in which there is a wall, and the aim is to hit the ball back for as long as possible. Next one is ‘Broken Table’ which is similar to a normal match, except that every time the ball touches the table that section will break. And then there is ‘Goal Mode’ which features a soccer net at the other end of the table that moves slowly, and you need to get the ball into the net – every time you score it speeds up a little as you aim to get as many points as possible.

After those three, there is ‘Hit The Target.’ For this one there is a target at the end of the table, and you must hit the target as it moves around the table – if you hit one you’ll score. ‘Serve Mode’ is great for practicing to improve your aim as you serve to try and hit the ball towards the highlighted area of the table to score points within the set number of available attempts. The final one is ‘TT Machine’ which has a superfast serving machine, and you have to hit the ball back into the highlighted areas. 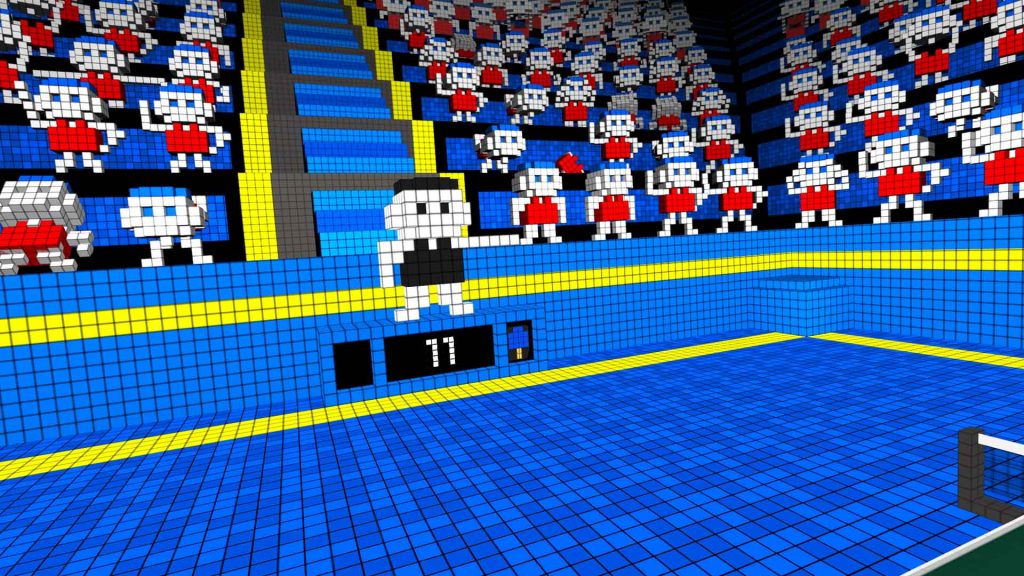 5) Pencil/Options: This is the red button that looks like a pencil, and it allows you to change the ball color, your height, how close you are to the table and even things such as room direction and paddle rotation – this is useful if you don’t like the default setting.

6) Settings: This is the button that has a wrench and screw driver on it. In here you can sort out all the regular game settings, you can find in other releases, such as the brightness.

As far as the actual gameplay goes, I would describe it as average. The reason I say this is the fact that no matter how soft you hit the ball it will fly way further than you expect it as the Move controllers do not perform very well with fast movements. Rapid hits with the paddle are out of the question, but you’ll eventually get the hang of things so that gameplay feels more natural and less clunky. One thing that confused me was the rotation of the paddle since I had to change this in the Options menu to make it feel right within the PS VR environment. 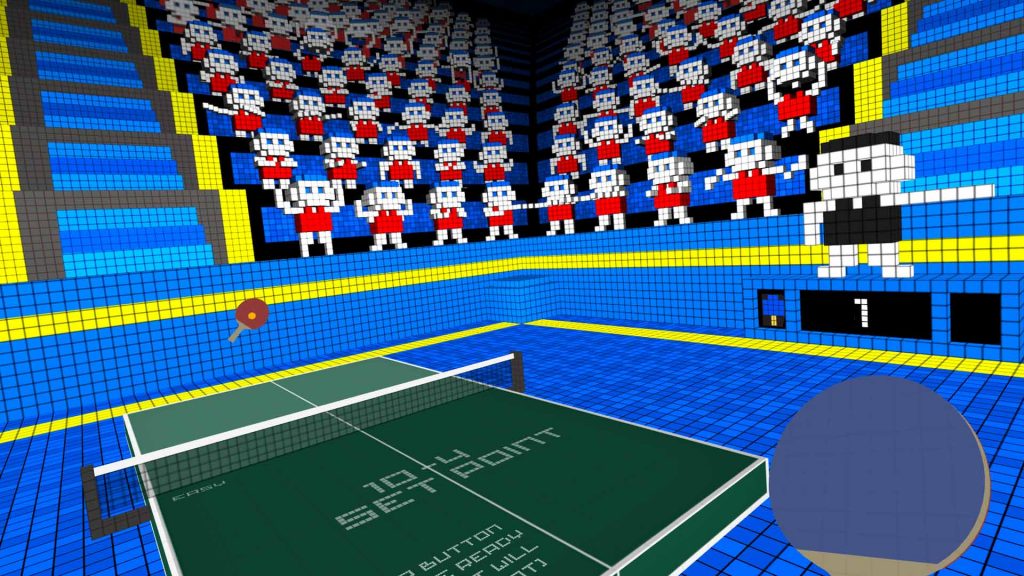 The most annoying part of the game is the fact that every so often the game freezes for no reason – this happened to me roughly about four times in a single two-hour period. When this happens all, you can do is close the game and start it up again, which isn’t too bad since the game doesn’t take that long to load, so you can get back to playing in no time.

Overall, I enjoyed playing the game despite the few problems that came with it. My favorite thing in the whole game is certainly Arcade Mode, and my least favorite thing with this one is the freezing problem. If you like ping pong, then you might get something good out of this PS VR release since it’s not so bad, but be aware that the tracking of the PlayStation Camera and the Move controllers does feel a bit of every now and then – rather clunky until you get the hang of things.

Disclaimer
This VR Ping pong review is based on a PS VR code provided by Merge Games.