Are you ready for a new PlayStation 4/PlayStation VR horror experience? Then it is time for you to check out our Don’t Knock Twice review!


Let me set the scene for you…creepy house, eerie atmosphere and things that go bump in the night? Wait a minute… yes it’s another text book horror experience based around the already over saturated genre on VR. Having said that…

Don’t Knock Twice is a first-person PS VR horror game based on a psychologically terrifying urban legend. To save her estranged daughter, a guilt-ridden mother must uncover the frightening truth behind the urban tale of a vengeful, demonic witch. One knock to wake her from her bed, twice to raise her from the dead. 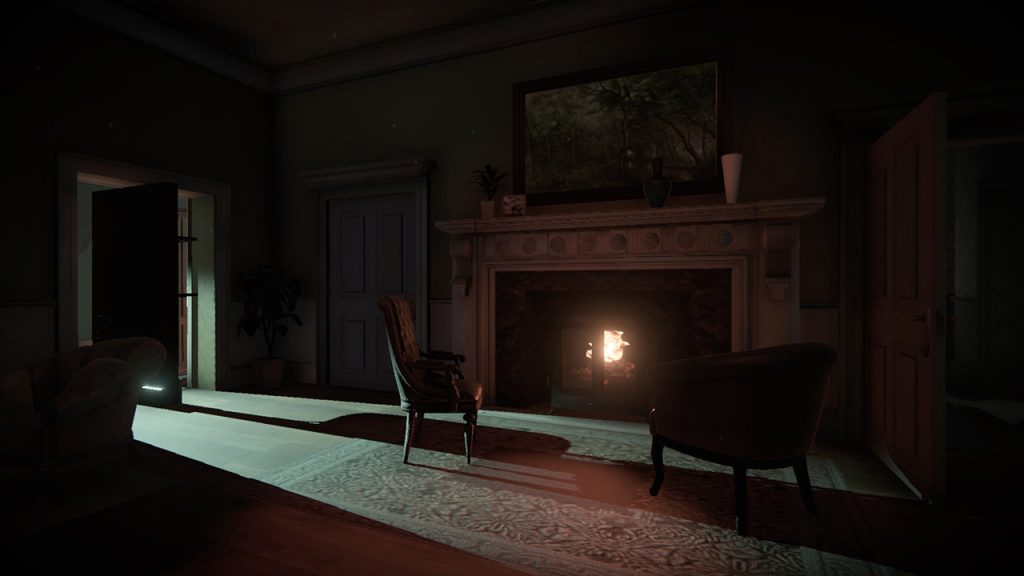 The developers have done a good job in creating an eerie atmosphere with this game, although the narrative is a little predictable in some spots. The graphics are OK, and the directional sound works really well, giving you a pleasant and interestingly immersive experience. 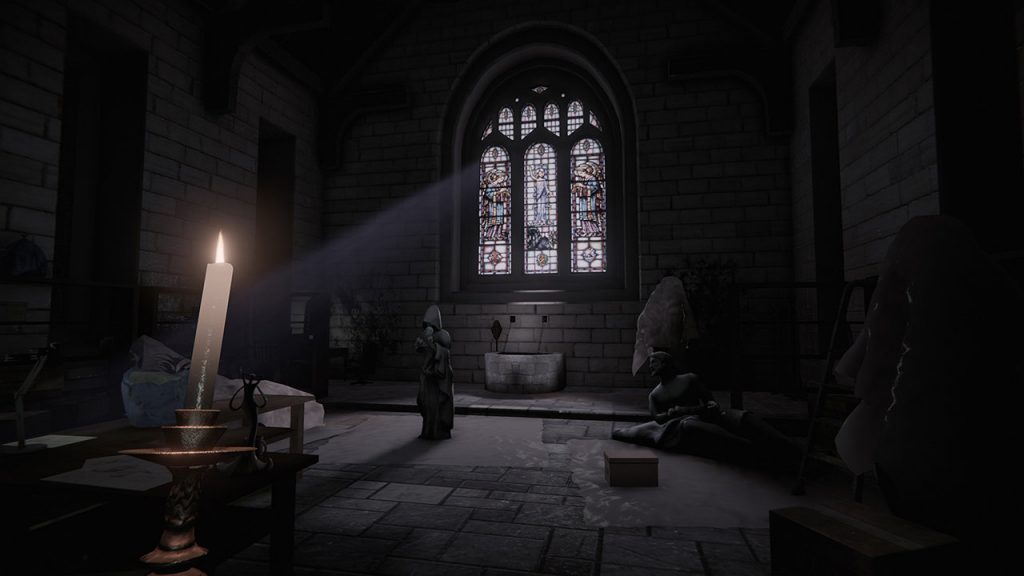 Within the game you can use the DualShock 4 to move around as you would on a regular PS4 game, but I found after a short time that I was getting motion sickness so I opted to use the Motion controllers to make my way around the game, using… YES, the teleport technique! As I have mentioned in previous reviews I HATE this style of gaming, but within this game it didn’t seem bad. It was a much better option than feeling sick by moving with the DS4, but there are some things you can’t quite get to where you want to be, so it leaves your disembodied hands trying to grab objects that are just a little bit out of reach. 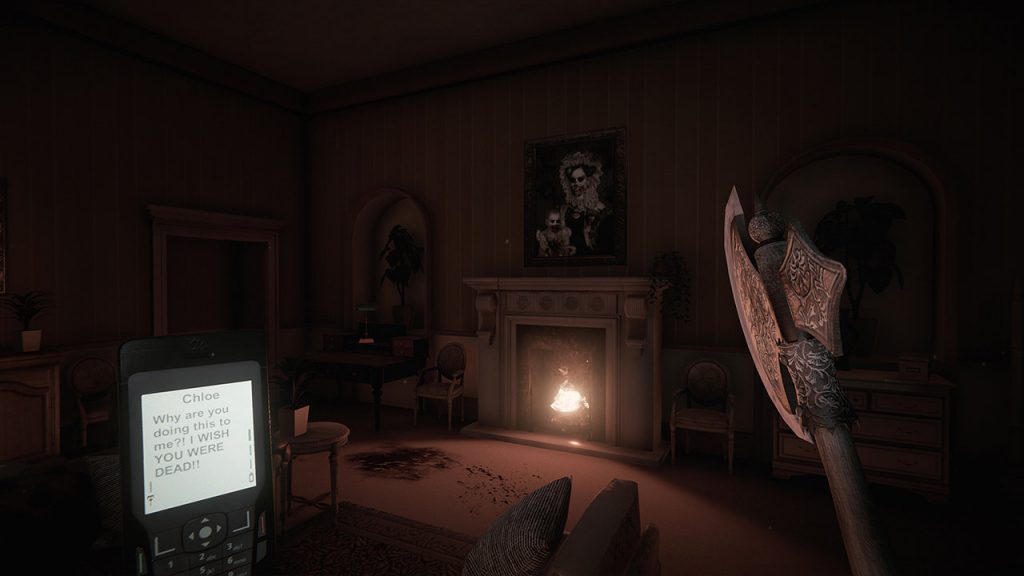 The first tool you’ll get to use is a candle to light your way, and you can light other candles around the creepy manor house that has lost all power. During this experience you keep receiving hateful text messages from your typical teenage daughter… that soon turn into “HELP ME” scenarios. Sadly the graphics were not clear enough to read some of them so it was a “best guess” scenario. 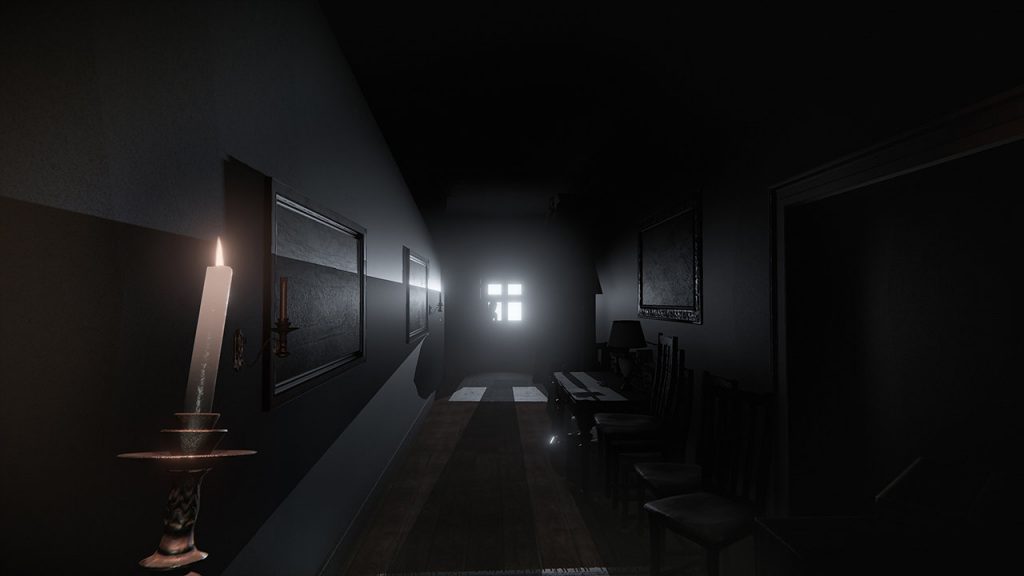 As you wander around the house you pick up bits of information and solve the odd puzzle that eventually complete parts of… something. I won’t go into what it does but it’s kinda the grounding for the game. You also find a trusty axe which enables you to brake off handles for locked doors which is very helpful as it appears that there are quite a few locked doors in the house and you can smash the odd ornament too if you feel like it. 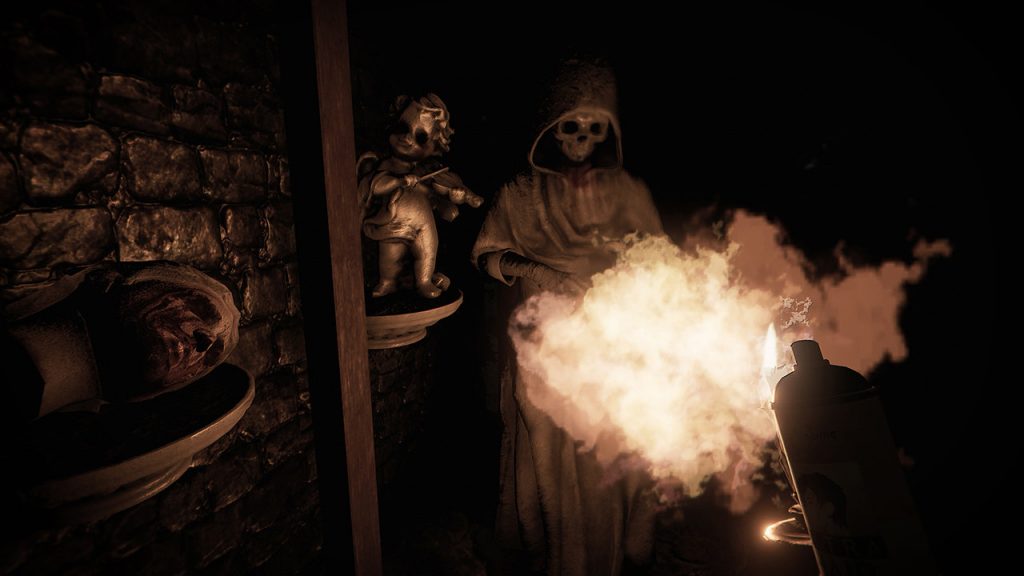 There are some genuinely creepy bits in the game, especially if you have your earbuds on to get the full immersive VR experience. The game lasted me roughly about an hour or so, and it was interesting but not enough to make me want to do it all over again.

The game however does have its faults. I found myself on more than one occasion whilst in VR mode looking at a building in one eye and clouds in the other, when I seem to have ended up falling out of the game.

Apart from the odd mishap the game / horror experience is OK. I do believe that the team should have concentrated more on the VR side of the things rather than having this be a PS4 and PS VR game in one. Having said that, it’s a nice effort by the developers at playing with your senses, but overall I think there are too many horror experiences on PS VR. 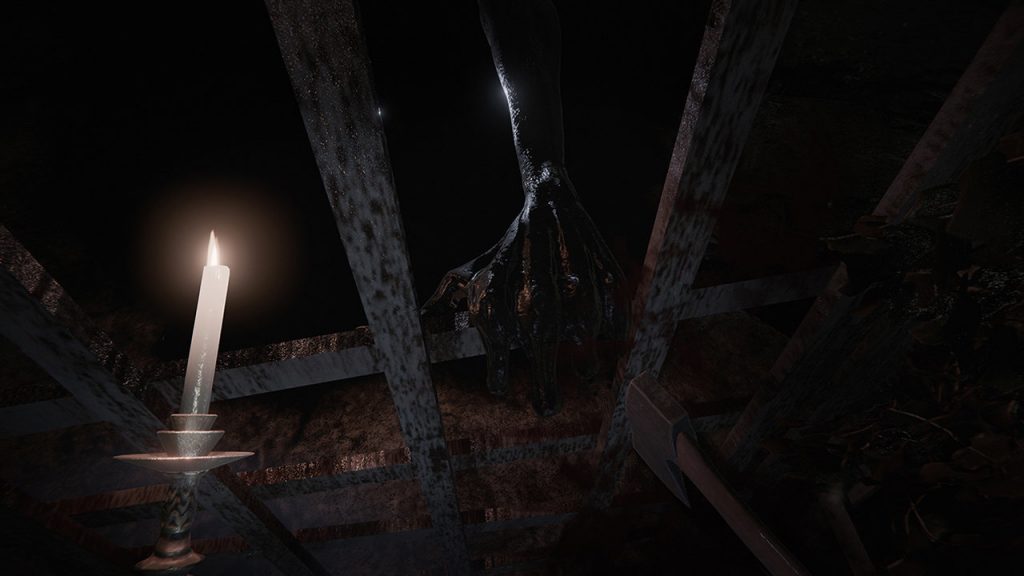 Disclaimer
This Don’t Knock Twice review is based on a PS VR copy provided by Wales Interactive.

A nice effort by the developers at playing with your senses 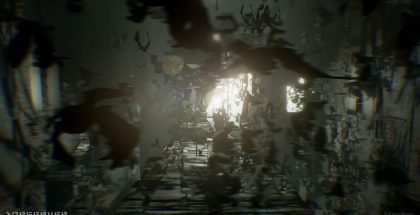 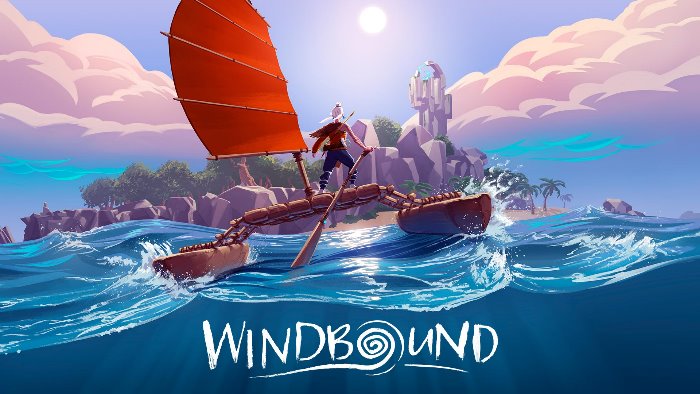