After a sudden car accident on her first day of school, the protagonist finds herself in the afterlife, standing before a strange school for lost souls. It is said that here, at NEVAEH Academy, any student who behaves and follows the rules will be able to graduate and start their life anew. After a man wearing a rabbit head informs her of her untimely demise, the confounded protagonist attends the school’s opening ceremony. And then, suddenly—a loud blast tears through the auditorium. At that moment, a war breaks out between the Bad Apples, a group of delinquent students opposing the academy, and the Prefects, sworn enforcers of the school rules. In the midst of the chaos, the protagonist comes across a red-haired young man. Without a shred of hesitation in his voice, he reaches his hand out and asks her: “Do you want to live?”

Bad Apple Wars is a visual novel in which you are following Rinka (default name, can be changed) on her way to her first day of high school. As she runs towards the school completely unmotivated, she trips on the street and gets run over by a car. As you can imagine, this was the worst day of her life, but things are about to get crazy. She soon wakes up in a bizarre place where she’s greeted by a guy disguised with a bunny hat, who tells her she has died. She doesn’t believe it for a second, but as she tries to get away from NEVEAH (heaven, spelled backwards) academy, she soon realizes that it is true… 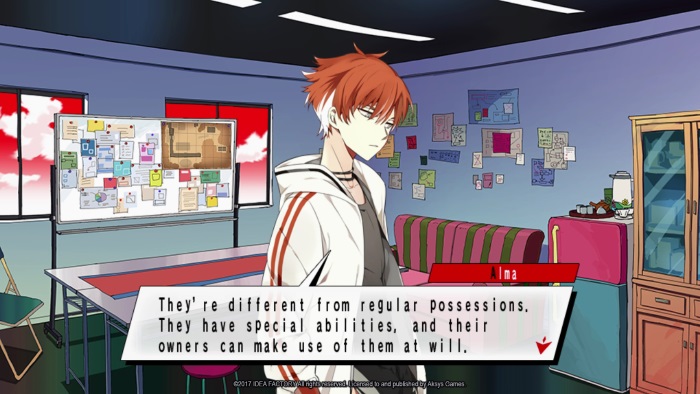 After a few events and talking with a few of the characters (they’re mostly stereotypes, mind you) in the school, she assists the opening ceremony and meets the different teachers. She learns that a full graduation could give her the right to start a new life, so this was her motivation to begin her adventure in the halls of NEVAEH. 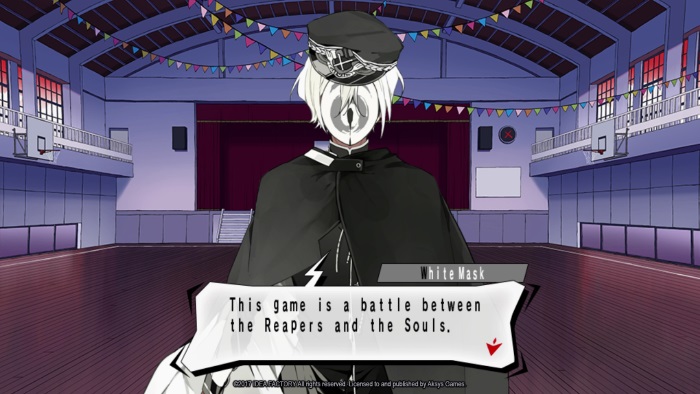 There are a ton of rules in school to respect, and if you don’t do it, then the prefects (kind of the disciplinary committee) will come to punishes your bad behavior with a teaser-gun like which temporary erases all bad behavior in the mind of the victim for a few hours. Being good and following the rules will net you the title of a Good Apple, and doing bad actions will give you the title of Bad Apple. You’ll see these terms mentioned many times in the game script, so you better get used to it!


As for the gameplay, you’ll be reading plenty of text, a lot of text really, which is expected since this is a visual novel. It is a lot less active than Root Letter, and the first choice for the game arrives after roughly half an hour with the game. There is also a touch system in which you must touch the other characters in static images at different spots to trigger the next event. Since this game is also a dating sim, you can imagine that this becomes a core mechanic as you progress. 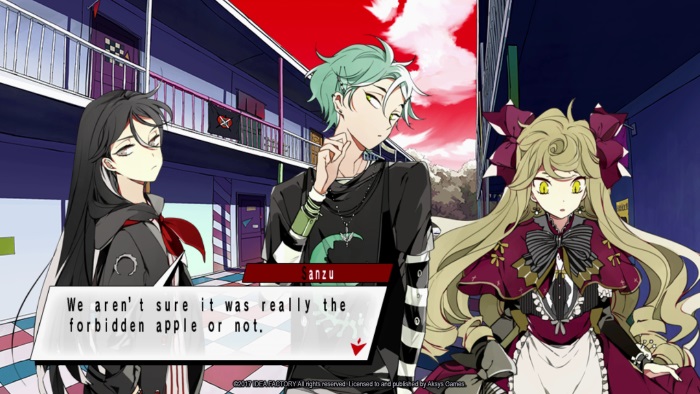 For the presentation of this game, you’ll be watching static backgrounds with the different characters in the foreground. The game is fully voiced in Japanese, and the text has been completely translated into English. The soundtrack was average at best, and one track, in particular, had a really annoying screeching sound, so I definitely didn’t like that. 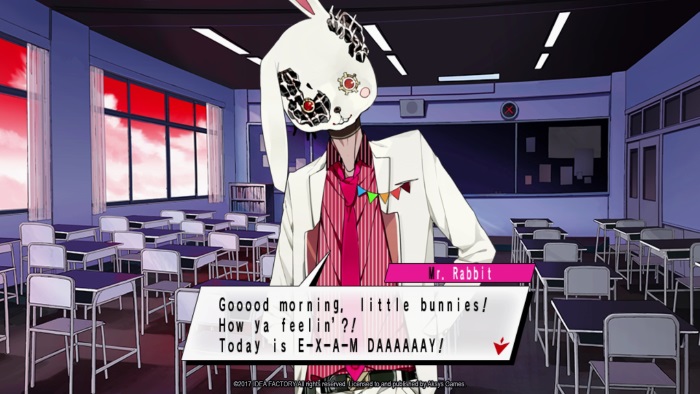 Final Thoughts
Bad Apple Wars is a visual novel that doesn’t reinvent the genre, but is still a good release on the PlayStation Vita. I liked the branching story, but thought that the presentation could have been better. If you’re looking for a new visual novel to take for a spin on PS Vita, then this could be what you needed. 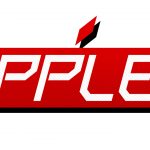 Disclaimer
This Bad Apple Wars review is based on a PlayStation Vita copy provided by Aksys Games.