Vostok Inc. is an unusual game that blends two genres together – a twin-stick shooter and a business management. Learn more in our Vostok Inc. review!


For Vostok Inc., the business management is a bigger portion of the game than the twin-stick shooter elements, which isn’t a bad thing. The twin-sticker shooter part is used to raise some capital as you blast away any nearby enemies. The business side of things has you building stuff on planets for one purpose: BECOMING FILTHY, STINKING RICH! That is the ultimate goal of the game, getting rich as fast as possible as you twin-stick shoot your way through some rough times to build what you need. 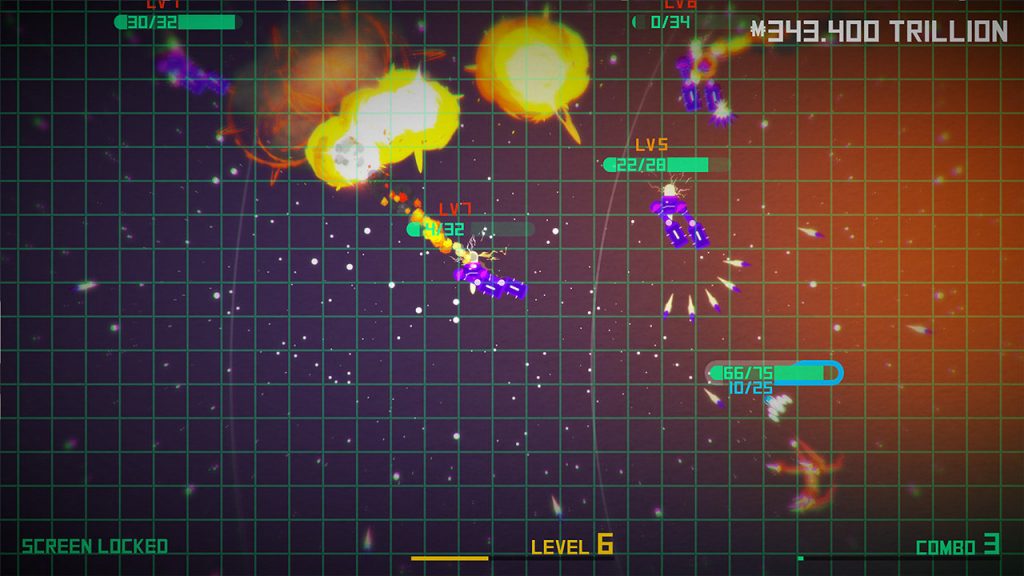 You need to collect resources to build your empire to make some moolah, (the in-game currency). You play as the newly appointed CEO of Vostok Inc., a space capitalist company. You are accompanied by Jimmy who is your personal motivator – he is constantly encouraging you to make more and more and even MORE moolah! To be honest, he’s kind of annoying, popping up every couple of minutes telling you to make more moolah. 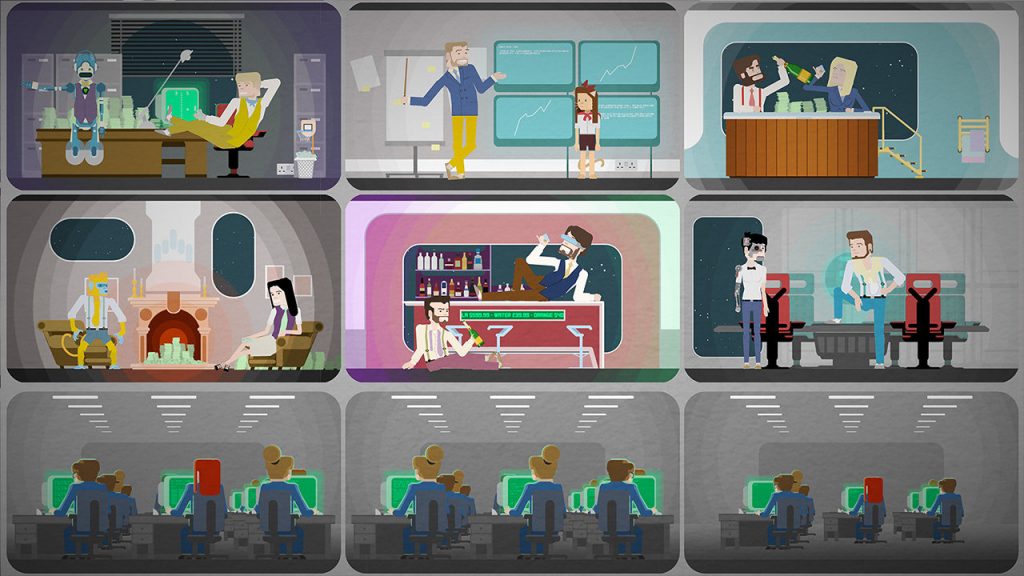 For a bite-sized game that is less than 500 MB in size, you get one hell of a game. There are 40 planets to exploit for money across six different solar systems, and you have a boss to fight per solar system, and they are no easy feat to complete! You also have 450+ objectives to sink your teeth into as well as a multitude of mini-games. Oh and a Tamagotchi-style pet system. 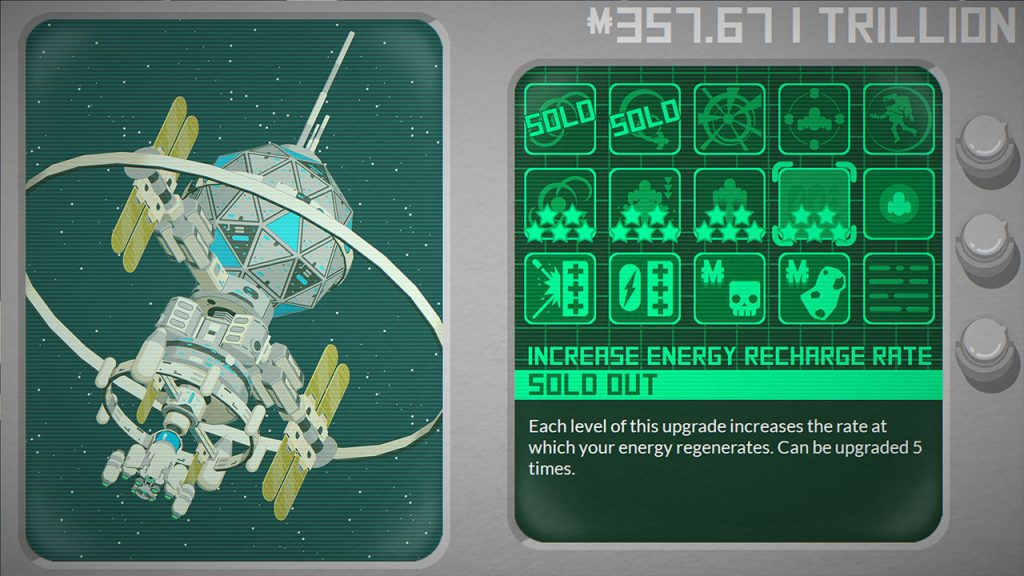 You first need to start small, so be sure to blow up a few asteroids to collect some gold nuggets to get you going. As you do this, Jimmy will warn you when enemies are incoming, and they will come at you from every single direction, so be ready! If you can’t get rid of them fast enough, you will be taken into a type of battle area where you have to defeat waves upon waves of enemies and potentially a boss at the end of it. This gets more and more challenging as you progress. Fighting enemies earns you EXP to level up, and you get lots of cash in the process. 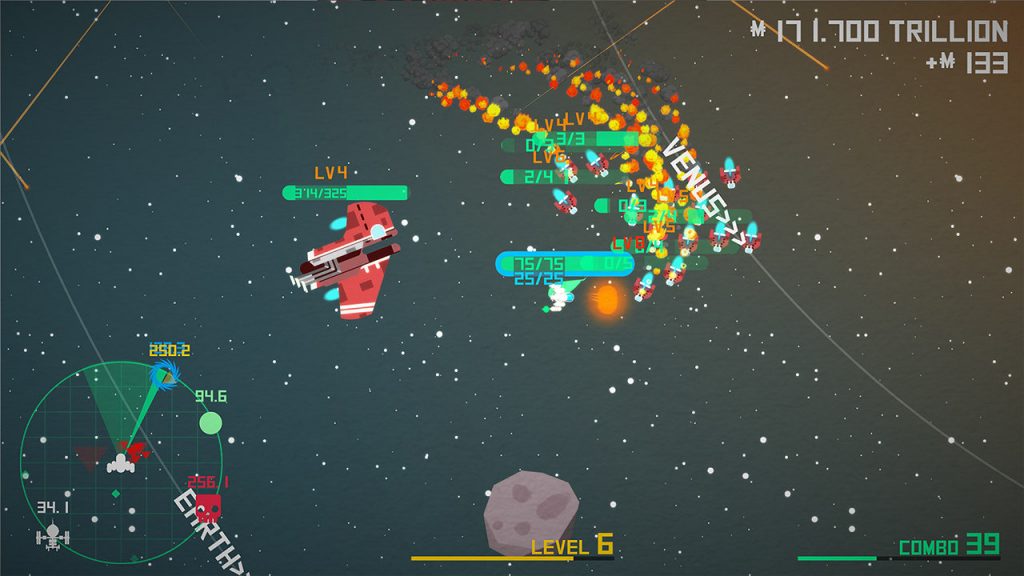 Word of advice…..DO NOT DIE! If you die, you’ll regret it since it will cost you a lot of moolah! But worry not, you will get a chance to escape if your ship takes too much damage – you are given a small escape pod to get back to mothership as fast as you can. Be mindful not to get into battles while you are in the escape pod as your life meter is extremely limited, so head for the safety as fast as possible! 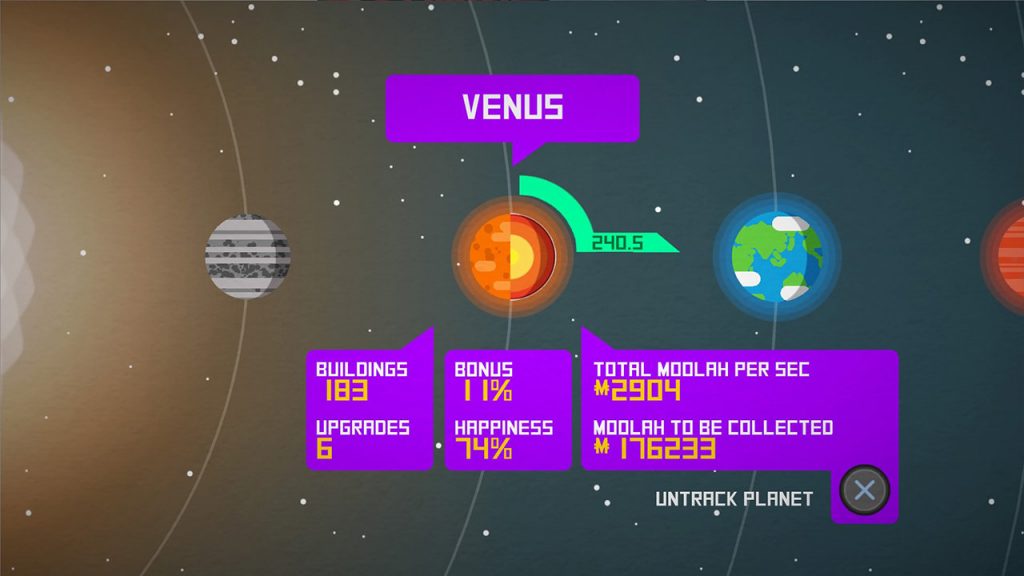 When you have enough money, you can start setting up operations on all planets to get the maximum moolah possible since there are various automated contraptions you can put on a planet that will earn you lots of funds. When you have enough money, and you will need millions upon millions, you can level up your weapons to help you overcome the ever-increasing difficulty of enemies. 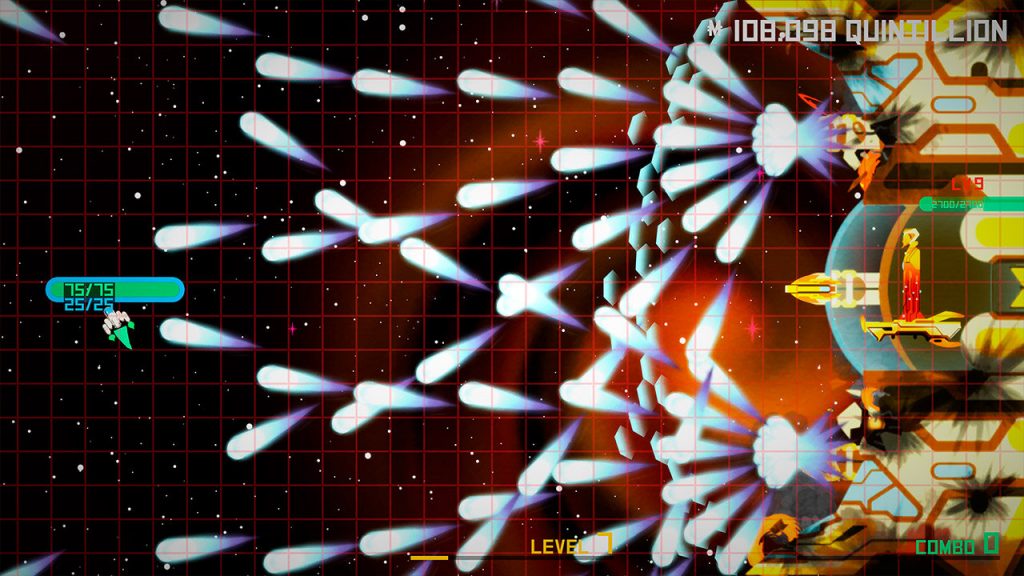 Vostok Inc is not going to get you quick Platinum in just a couple of hours since there’s a ton of stuff for you to do. It does help the game’s core mechanics are fun, but this is definitely a game you’re either going to love or hate. Especially because of Jimmy. Damn, that Jimmy is annoying! 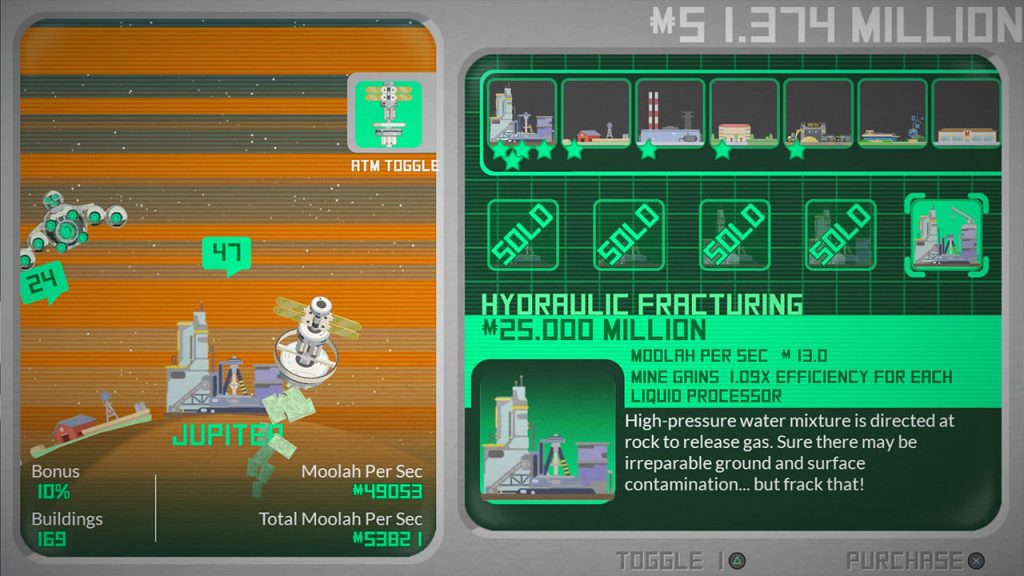 Vostok Inc. is an interesting game that mixes two genres with great success. It is a very addictive release, and once you play, it will end up sucking you in. The gameplay might be a bit repetitive, but there is a lot to do as you aim at getting that shiny Platinum trophy for your collection. The game is very affordable, and it’s definitely a unique experience, so you should certainly check it on PS4.

Disclaimer
This Vostok Inc. review is based on a PS4 copy provided by BadLand Games.

Anamorphine Releasing On PS4 And PS VR This Year