[PlayStation 4] Planet of the Eyes Review

All alone and stranded on an alien planet. Can you find out your purpose and why you survived? Learn more about this fun release in our Planet of the Eyes review!


This is a double review for Planet of the Eyes. The game was played by the_nmac and EdEN. This review presents what they both had to say.

Planet of the Eyes is a colorful and fun 2D platformer on PlayStation 4 from Cococucumber, a small indie team in Canada. You take control of a robot who finds itself alone after a terrible crash. You need to find your purpose as you try to understand what is going on.

There are many hazards that you’ll need to avoid, such as giant boulders that can easily crush you, the classic bottomless pits, lava (always a favorite), powerful electric currents, nasty flora and deadly fauna, and more. You’ll need to pay attention so that you can stay one step ahead of things, or else you’ll end up dead. The good news is that the game features a very generous checkpoint system, so when you die you won’t lose more than a few minutes of your time – and every mistake you make will allow you to learn. 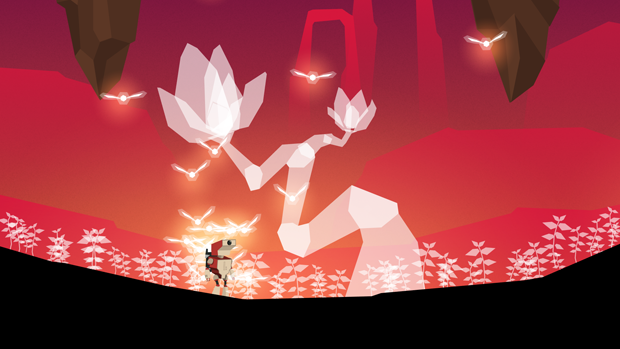 The good thing is that you can easily focus on the gameplay since all you need to worry about is moving left and right with the analog stick – you can also climb up and down ladders or other structures like pipes or, say, the tentacles of a creature. You can also jump with the X button and grab and push/pull objects with the Square button. Oh, and if you feel like it, the Triangle button will allow you to dance.

The game is a short adventure. If you’re good at puzzle/platformers, you might end up completing it in an hour or two, but it’s a fun ride while it last. Trophy hunters take note: the game features a full trophy list with a Platinum trophy, so that means you can get a new Platinum for your collection in an hour or so, and that is definitely great news!

Planet of the Eyes is a really interesting game. I played through the game in one sitting from start to finish absorbing all of what it had to offer in a single session. The game itself is a puzzle platformer, and it actually reminds me a lot of Limbo. It might be a short game, but it’s a very fun one!

The game really only gives you the ability to move around the environment, move objects around and jump, that being said you often need to find creative ways to move further through the game. Often I would die a few times before I figured out the right solution to move further in the game. This is where the game excels though as I often had to think outside the box and really pay attention to the environment to find the clues on how to move forward. 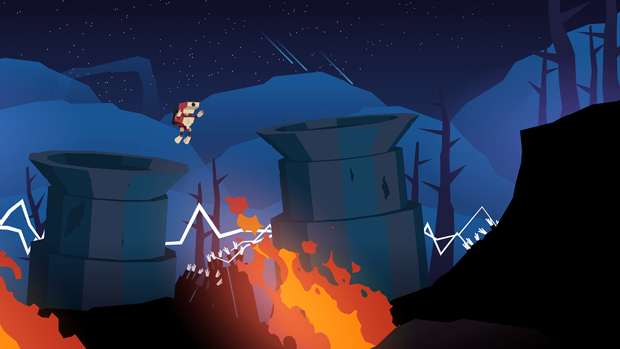 While playing the game, you play as a robot that has survived a spaceship crash on an alien planet. Along the way, you will find audio tapes from your creator filling you on the backstory of the ship, and what your overall purpose was. The robot himself doesn’t seem to have to have a lot of depth, but the audio logs in the game really help flush out the story and really make it interesting. By the end of the game, I really wanted to know what happened to show the game really had me invested in the outcome.

The game has a 1950’s sci-fi theme going on with the aesthetic, and it really works. Planet of the Eyes looks gorgeous, the art really stands out making the ever-dangerous world, make you want to explore and see what else it has to offer. While at the same time the game has a great soundtrack, combined with great vocal work from the guy doing the audio logs. It all really adds up together to create a great package. 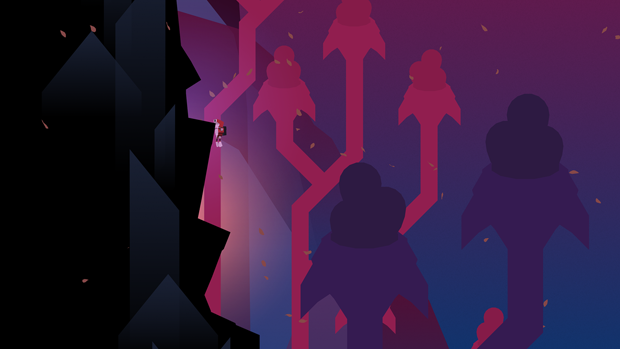 We really liked playing through of Planet of the Eyes. Other than a small complaint about how the game is a bit on the short side, which is not a deal-breaker, we both enjoyed its looks, fun platforming, and puzzles. The audio logs made this a very entertaining release that we highly recommend. You might be able to complete the game in 1-2 hours at most, but it does mean that there is no unnecessary content just to extend the total gameplay time for no reason. Be sure to check this game out!

Disclaimer
This Planet of the Eyes review is based on PS4 copies provided by Cococucumber.