Pinball FX3 is the new pinball offering from Zen Studios, and it has a ton of content for you to enjoy. Learn more about this fun new way to enjoy pinball in our Pinball FX3 review!


Before I get right to it, I wanted to mention that Zen Studios is very much aware of how many of us already own a ton of tables in Zen Pinball 2, so they’re offering us the chance to import almost all of our tables – at no cost. That’s right, this is an absolutely free process, and it only takes a few minutes before you can have all of your tables added to your download list for Pinball FX3. There are six tables that won’t be making the jump: the South Park Pinball 2-table pack, Street Fighter, Plants vs. Zombies, Ninja Gaiden and MS. SplosionMan. 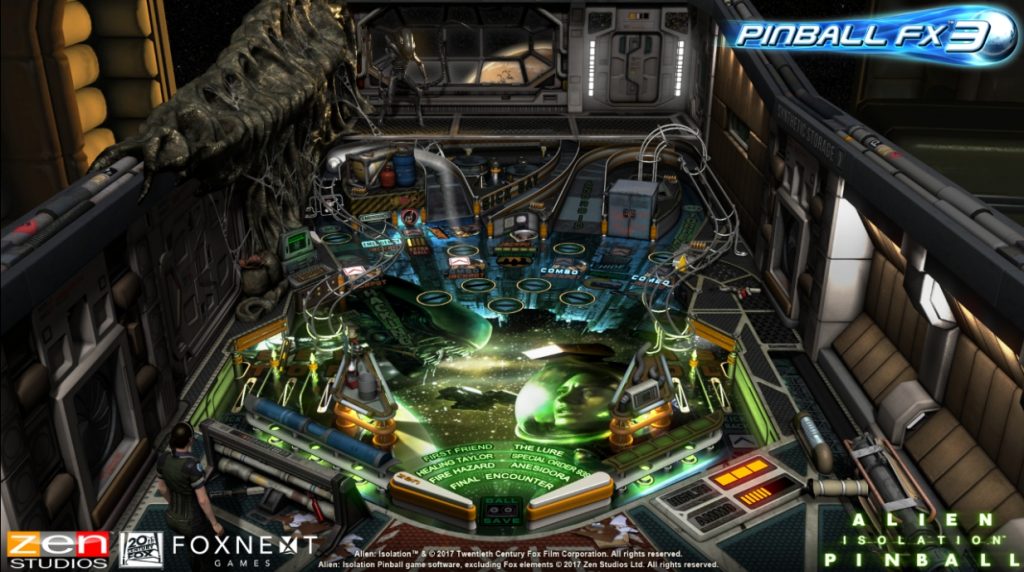 The tables you import have also been upgraded for Pinball FX3, and they now feature improved graphics, real-time lighting, shadow projection and real-time ball reflection, making this the best way to revisit all the tables in your Zen Pinball 2 collection.

And now, let’s talk about Pinball FX3! The first big change you’ll notice is that you now have a player profile, as well as an XP progress bar. As you play each table, you’ll be able to gain XP which will be added to your profile so that you can level up. As you level up, you’ll be rewarded with customization items and special rewards for your actions. You can gain XP by unlocking upgrades, unlocking Stars in Challenges, competing in tournaments and more!
Thanks to its considerable focus on the community and on offering the best pinball experience possible, Pinball FX3 includes several ways for you to enjoy your gaming experience. There are always Tournaments you can participate in, especially since you can create your own custom tournaments from the available options. The crazy part is that Zen Studios aims to offer lots of prizes for your effort, including actual prizes in real life! There are also many options for multiplayer matchups, and you can jump into any of them based on your skill level so that you can have a fair match. 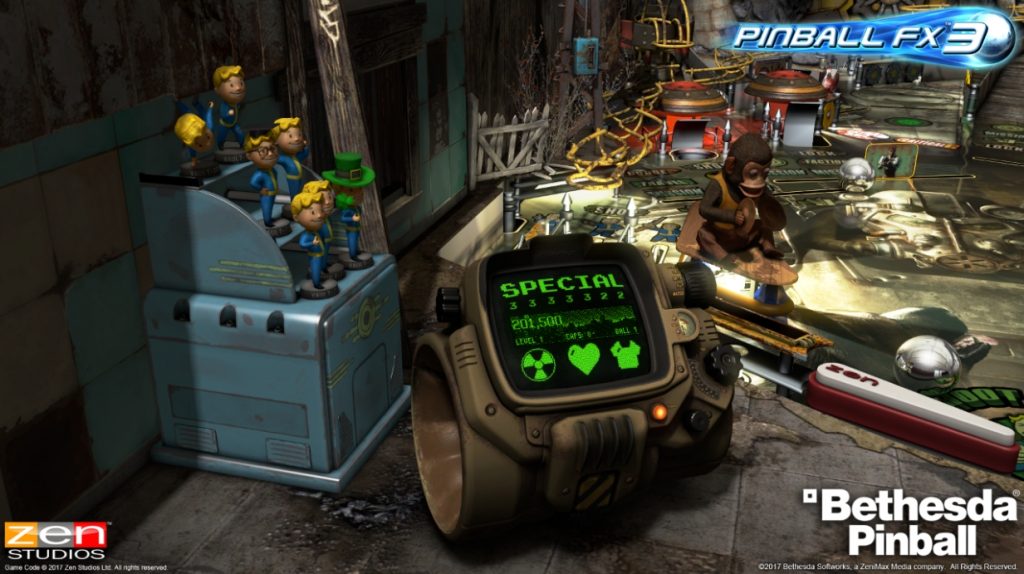 Another option is Quick Play which, as the name suggests, allows you to play for a short period of time. The game will select a table for you play based on your player progression, so that you can get to take on a pinball that will feel just right for what you expect from the game.

Before playing a table, I suggest that you check out its table guide so that you can learn the basics of how that specific table works. You’ll learn about where to launch the ball for a multiball chance, for score boosts and multiplayer, as well as other bonuses. Once you get a feel for how the table will behave, you can get started within seconds.

As mentioned before, there are upgrades you can unlock which can affect your run. Some of them need to be activated by players (which are called Wizard Powers), such as the ones for slowing down time, rewinding time by 5 seconds or an overall boost to your score so that all actions are worth double for a short window. There are also passive upgrades which grant you bonuses such as a bonus to your bumper score, a boost to your multiball score, bonus score for the distance the ball travels, and more. Once you’ve unlocked some of them, you can select one Wizard Power and two Passive Upgrades to take with you. 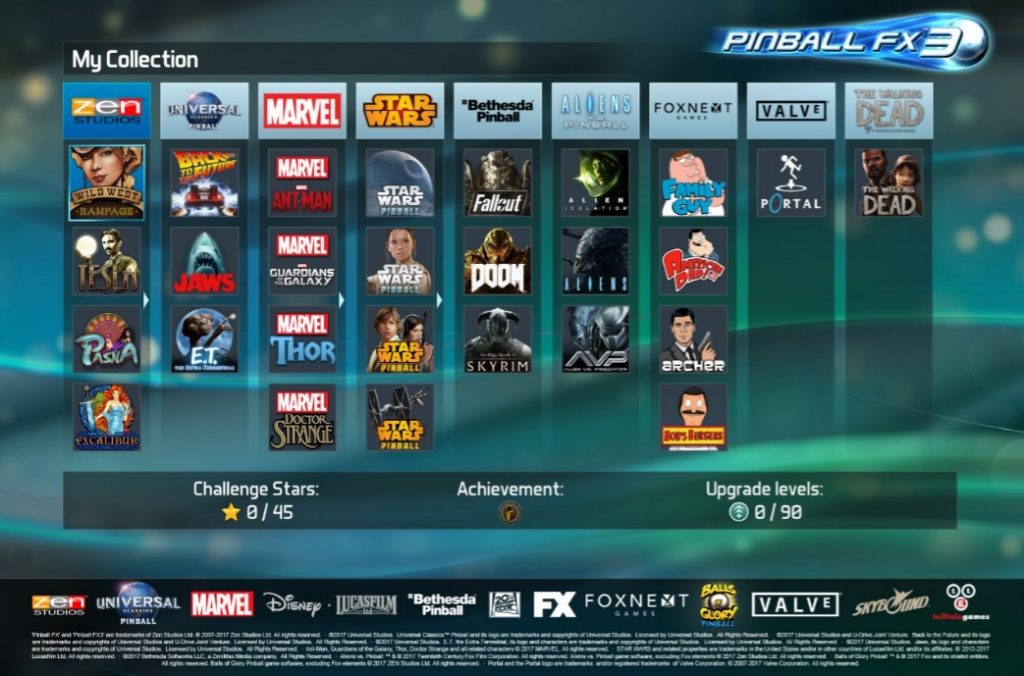 Each table also has a challenges menu in which you aim to unlock all available stars by earning the highest score. You’ll need to earn the highest score you can either with one ball, by playing for only 5 minutes, or for surviving for as long as possible. They offer you a chance to play each table with a different focus, and they’re very addictive bonus modes.

This one offers cross-play between PlayStation 4 and Steam players. This means that leaderboards, matchups, and tournaments can be enabled for players from each group, thanks to the community focus of this new pinball platform. This isn’t mandatory since you can certainly restrict your experience to interacting only with other PS4 members.

Pinball FX3 has a ton of trophies since each table has a trophy tied to it. Because of this, and how there are dozens of tables already available with more coming soon, the main game itself only has 11 trophies for you to get, and no Platinum trophy. It was probably the only way the team could get so many trophies into a single release, so do keep this in mind! 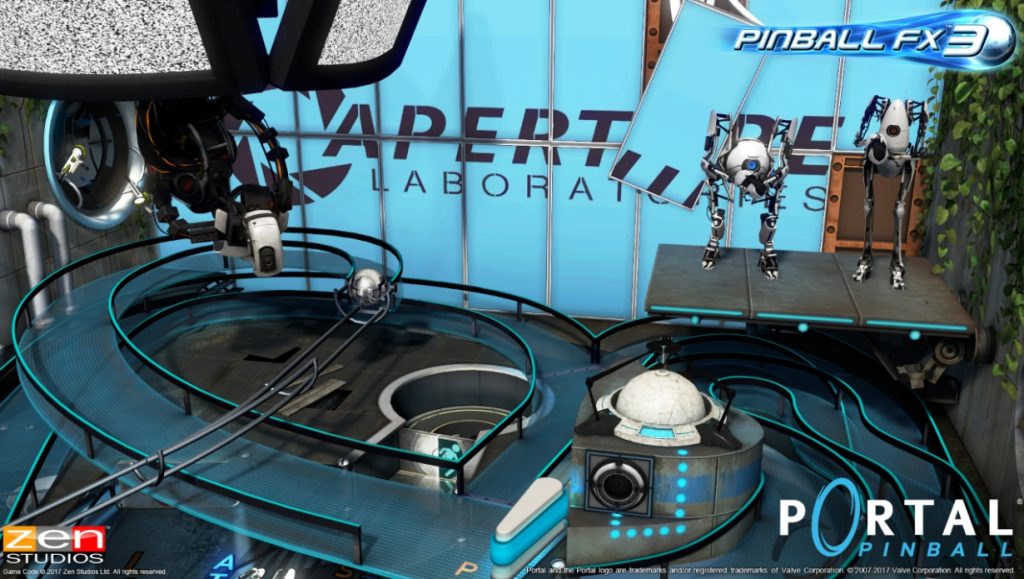 I love Zen Pinball 2, so I was looking forward to playing Pinball FX3 from the moment it was announced for PlayStation 4. Overall, the platforms feels different from Zen Pinball 2, in a good way. Being able to import almost all of your tables from Zen Pinball 2 means you could have an instant pinball collection soon after downloading the main game, not to mention there will certainly be plenty of new tables released for it. If you’re a fan of pinball then this one is a must-have, so be sure to download it today on PS4!

I’m currently working on my review for the Universal Classics Pinball Pack, so be sure to stick around at PS4Blog.net to see if its three tables are a worthy addition to the Zen Studios legacy. 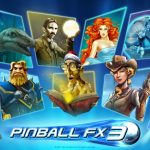 Disclaimer
This Pinball FX3 review is based on a PS4 copy provided by Zen Studios.