Pankapu from Too Kind Studios and Playdius is a fun platformer on PS4 you should try. Come check out our Pankapu review to see why!


Before you dive into this review, you might want to check EdEN’s interview with Too Kind Studio to learn more about the game’s development.

Pankapu is set in a utopian land, called Omnia – the Land of Dreams. A young boy, Djaha’rell, is being told a tale by his Dad about Pankapu the Dreamkeeper, when the creatures invaded and that he was created to banish the darkness once and for all. 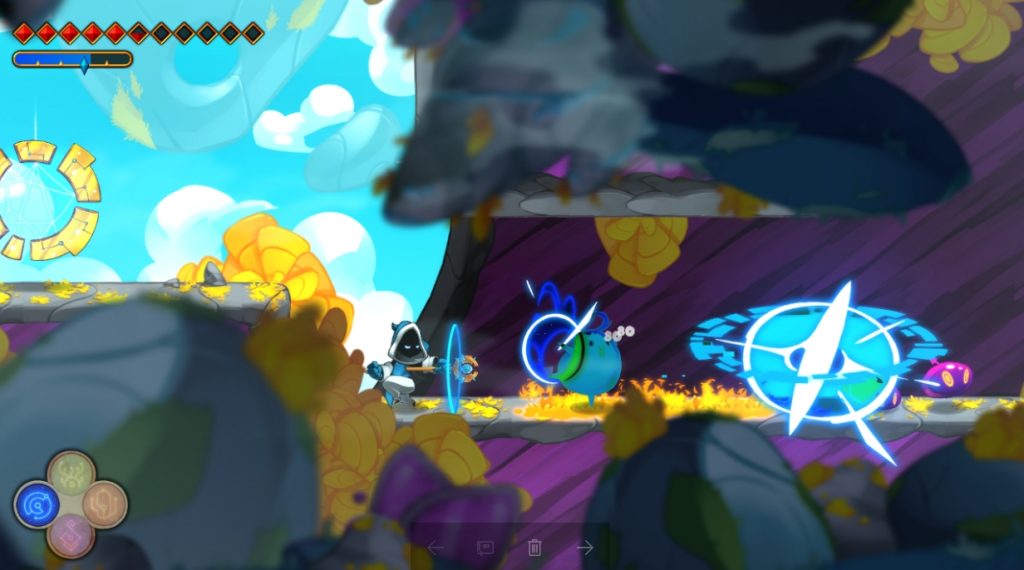 The game itself is a platformer, with elements of action, and it draws inspiration from a whole range of games and visual cues – notably, I get the feeling the team played a LOT of Rayman Legends and used it for inspiration both, in terms of controls and aesthetics. 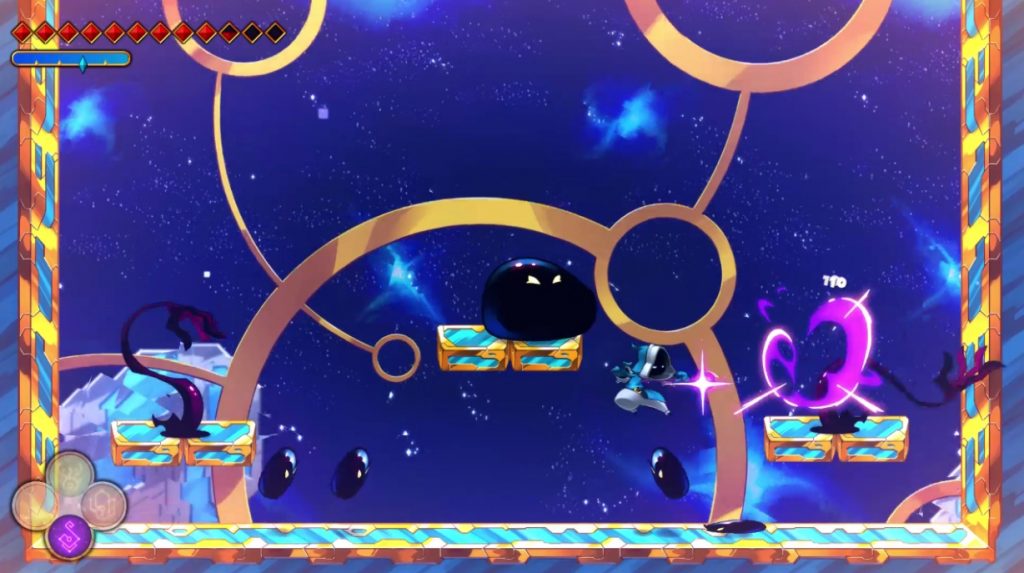 The game is simple enough since Pankapu can run and jump (as you’d expect in a platformer), but also attack enemies or avoiding them all together, with the available skills. The initial opening levels act as a tutorial, and teaches you the controls and skills you’re able to utilize. When you commence, Pankapu can block with his shield, jump all over the place and swipe with a sword. 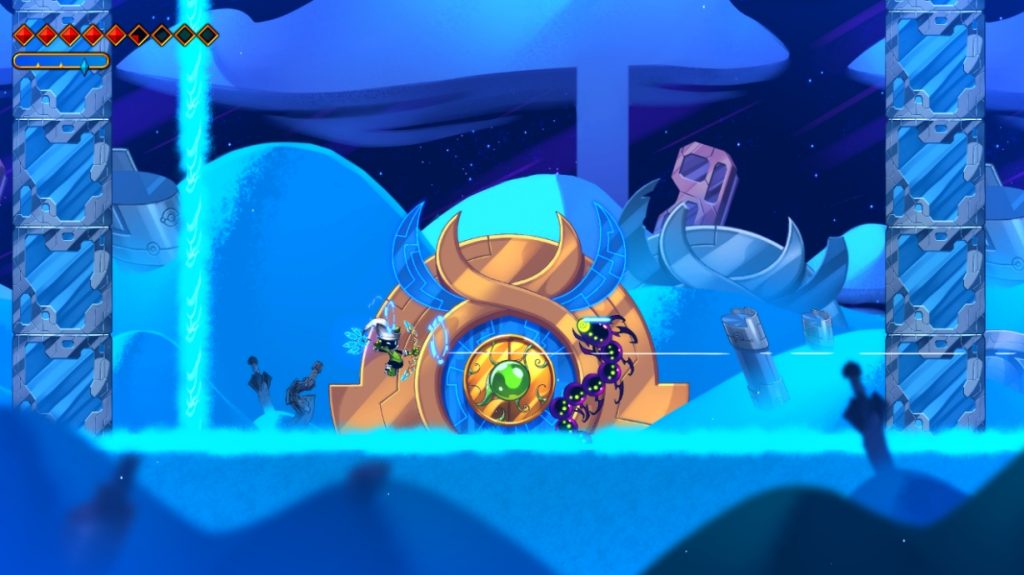 New allies teach you abilities as you progress in the game, such as smashing through obstacles to unlock new areas or throwing your sword. You can increase your damage output and total health by utilizing the crystals and monoliths you find in the game as well, so be on the lookout for those. As you reach new levels, new challenges are presented where only a new skill will allow you to move further, so that you can learn how to make the most of that new skill. 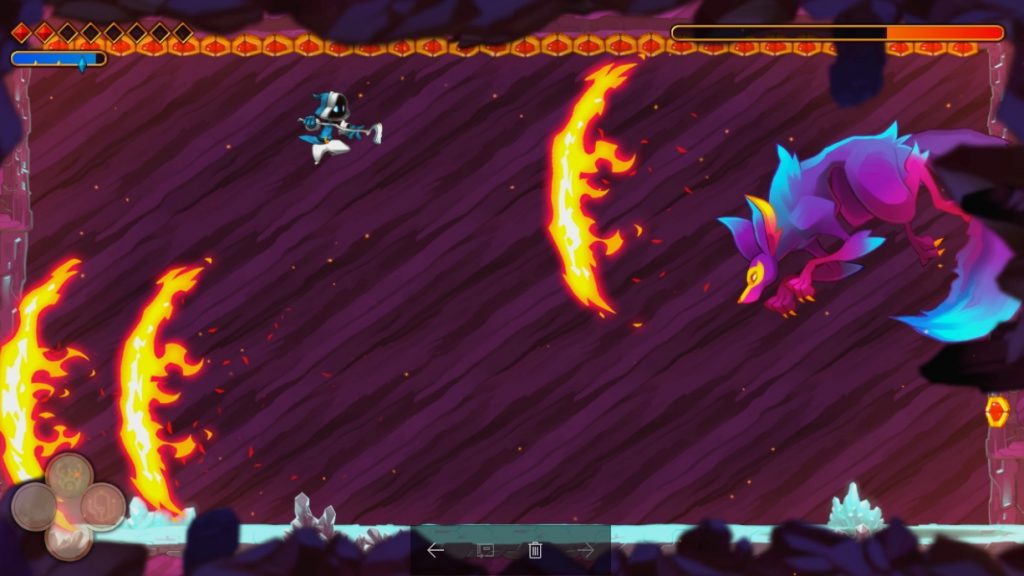 The learning curve in Pankapu is a gradual one, starting off incredibly tame, but as you get further into the levels, it starts to test your skill and dexterity. You’ll also run into some incredibly annoying areas where one false move will make you have to start all over again, and some infuriating pixel-perfect precision needed to make a particular jump or two. Some would say that they’re rage quit inducing, but it’s exactly the sorts of games that I played far too much on the SNES and PSX back in the day, and I’m proud to say I’ve not smashed up a controller… yet! 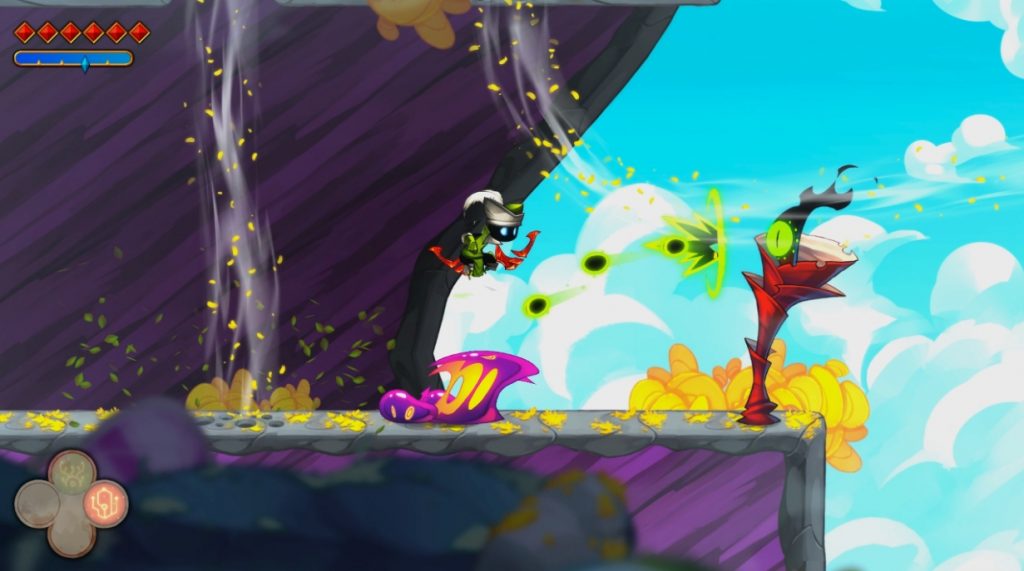 The bright and distinct visuals are incredibly appealing and the audio is pretty decent, too, which really helps Pankapu sink its claws into you as you play. It really channels the ‘one more go’ type of play, and this is why I would recommend the game. Sure, it’s not original in its gameplay mechanics, but it’s just a solid, good game that harkens back to the days of playability being key. 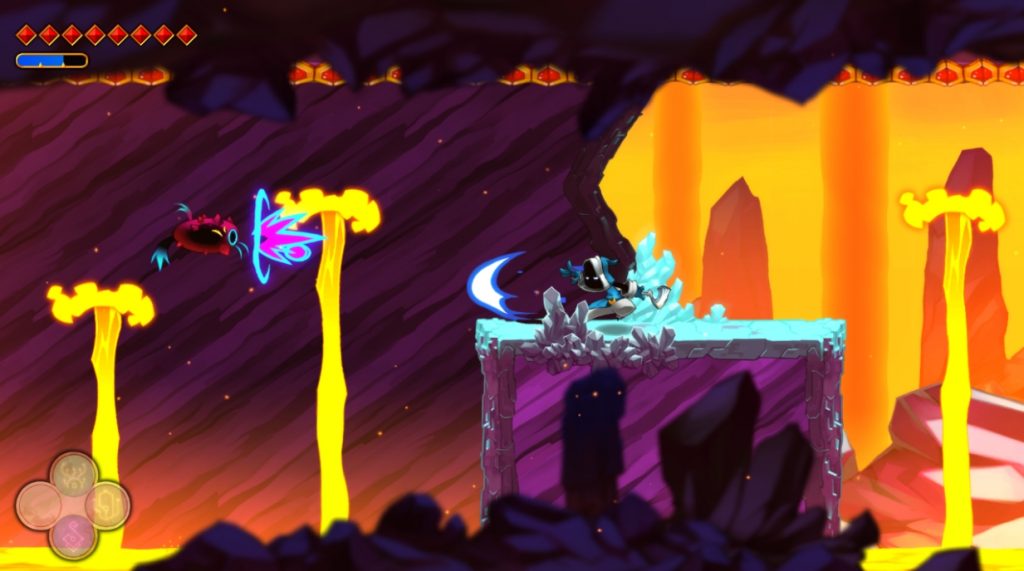 Disclaimer
This Pankapu review is based on a PS4 copy provided by Plug In Digital.