Mystik Belle from Last Dimension is now on PlayStation 4 thanks to WayForward. Will Belle MacFae grab your attention? Find out in our Mystik Belle review!

Mystik Belle is about our hero, Belle MacFae, who ends up being accused of ruining the Walpurgisnacht Brew, with the threat of being expelled from her school. She obviously didn’t do it, so she sets out on a quest to find the magical ingredients to be able to brew it again… and hopefully, finding the one who got her wrongfully accused! 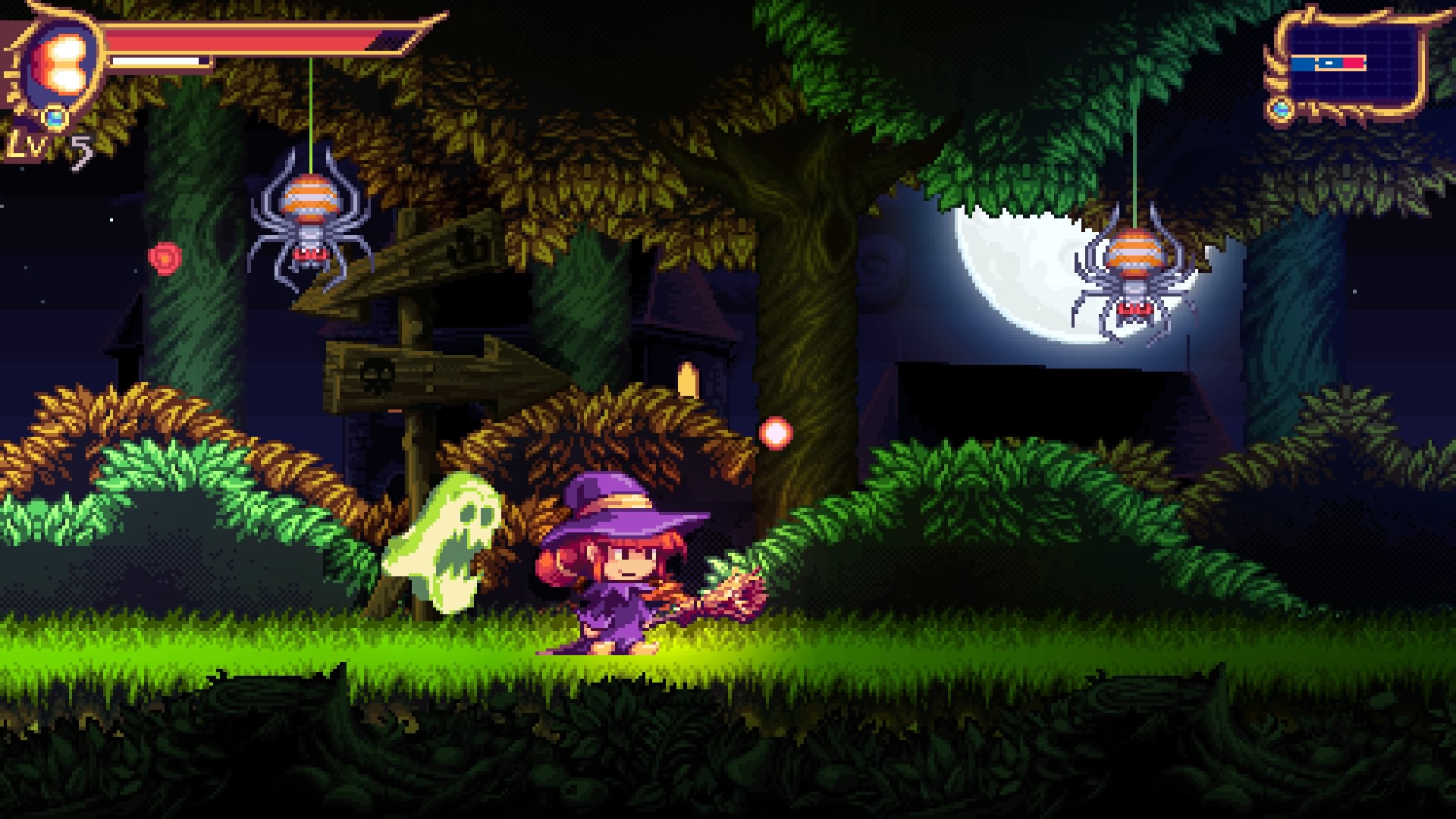 You’ll be exploring the school and its surrounding areas in a nice mix of Metroidvania and a point and click adventure. The Metroidvania aspect of the game is because you’ll be going from one end of the map to the other, probably a couple of times, since certain areas will only become available after you’ve completed some quests and/or acquired certain spells.


As for the point and click adventure part, you’ll find items that eventually will be used with an NPC or with other items lying around, all with the goal of solving a quest and acquiring upgrades. Sometimes it’s not just a matter of bringing an object from location A to location B – creativity will be involved to think about what you have to do with the item to proceed. It’s not as complex as, say, Thimbleweed Park, but it still left me wandering around the school for a couple of minutes here and there before I could find out what I had to do. 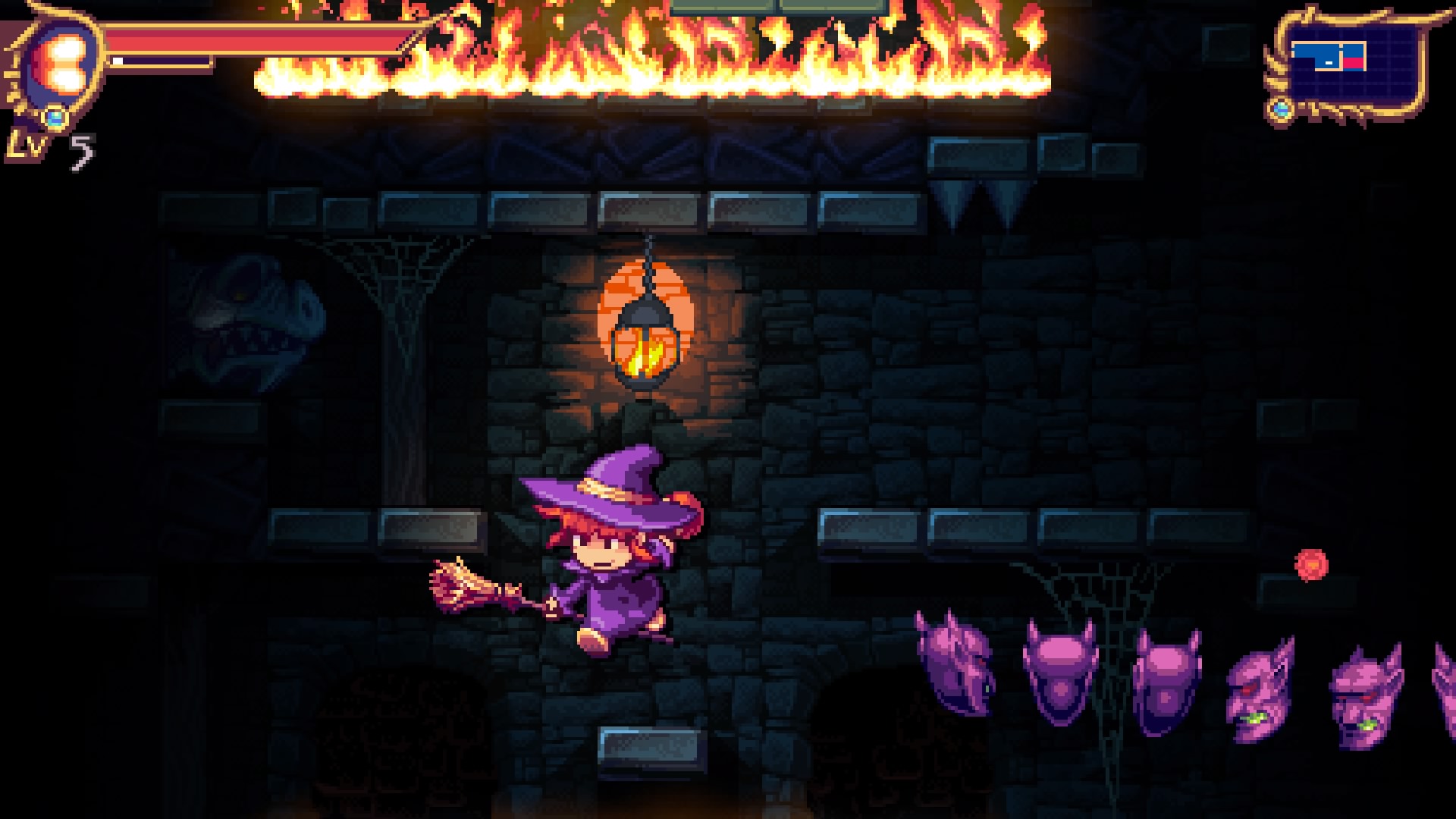 The game has a nice retro feel to it, with a lot of details for the different rooms you’ll explore and a nice variety of monsters to see. Even though your character is a child, it’s rendered in a way that takes “a lot” of your screen space, so that you can focus on our young hero, and the adult NPCs you’ll meet in the game look like giants – pretty much like Hagrid in the Harry Potter series. The soundtrack was also nice to listen to (and it’s another one available on Bandcamp!), again with a retro feel that reminded me of games like Mega Man and Double Dragon. 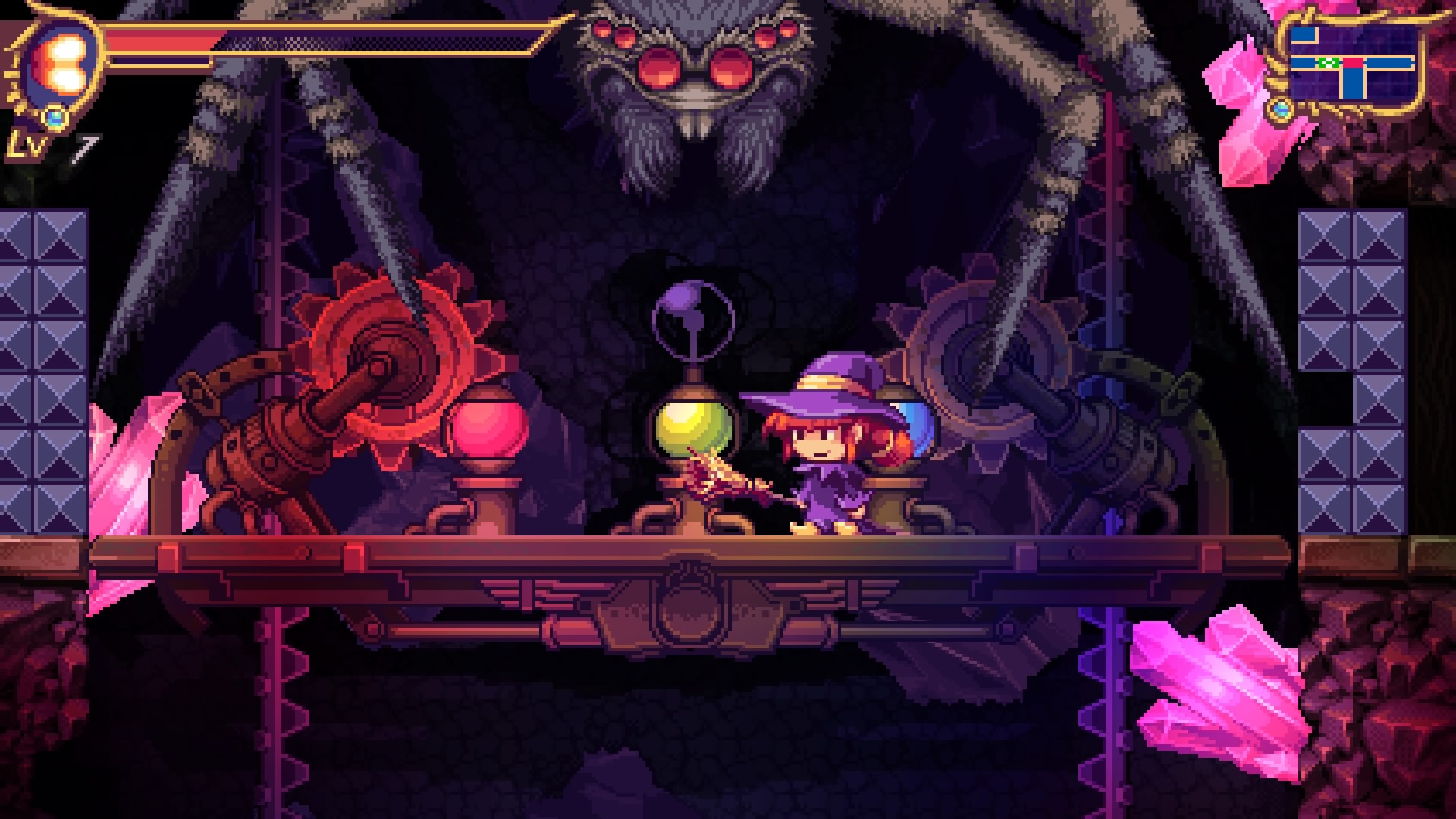 My time in the Hagmore School of Witchcraft has been an enjoyable experience. It’s not a game that’s, in my opinion, is too not too challenging, but that is definitely worth playing. With that in mind, there’s one thing that made the experience not as enjoyable as it could’ve been for me: the game’s pacing. Your character moves and jumps in a “sluggish” way, like there is some type of delay between the moment you press a direction and the moment the character moves. There are also a couple of places in the game where I felt the jumps had to be pixel-perfect in order to cross a gap, which felt out of place for how the rest of the game feels. 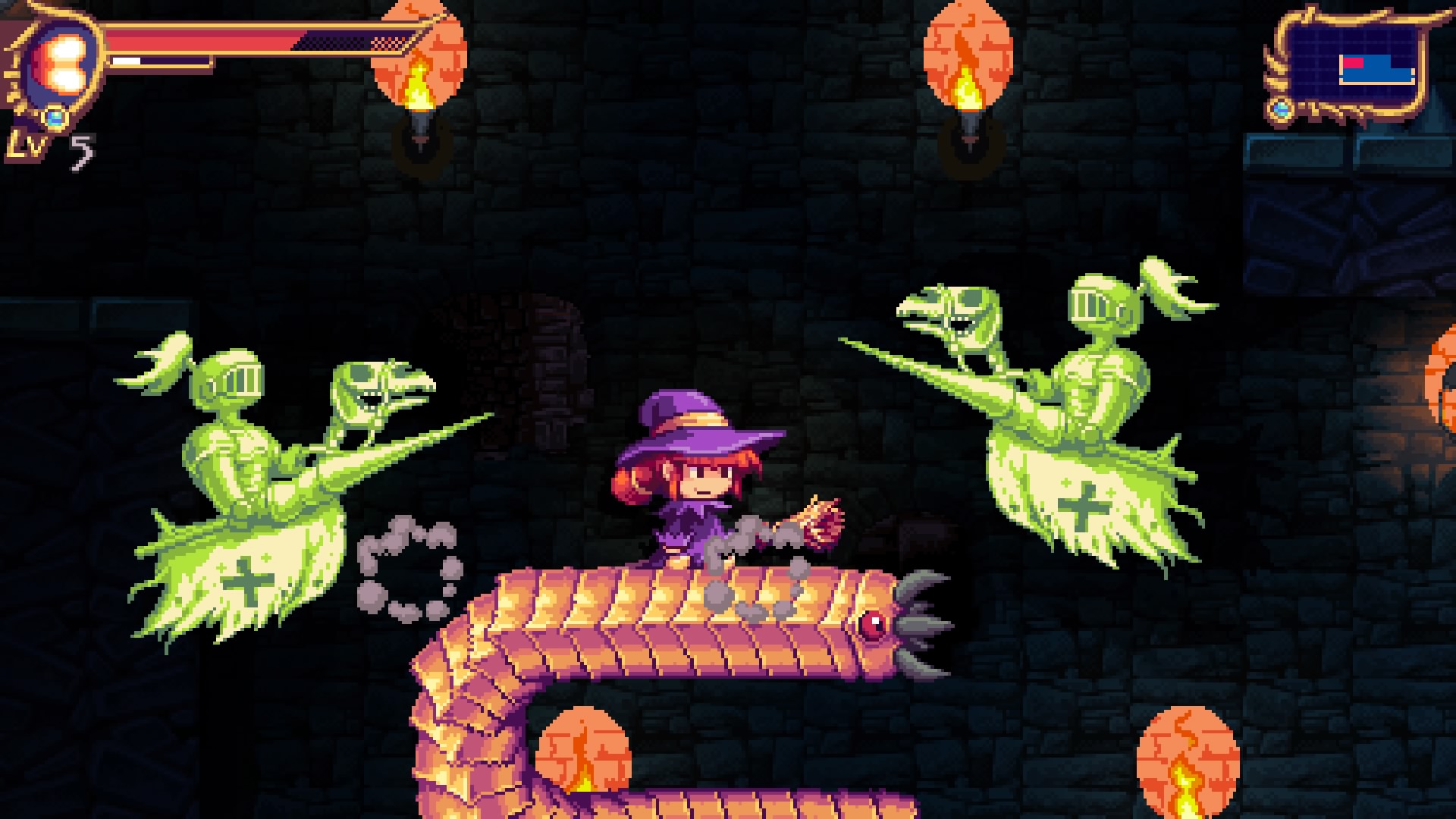 As far as trophy hunting goes, this should be a 100% that’s easy to get for most gamers out there. The only trophy that might provide a little challenge is to speedrun the game in an hour, which will require you to know where you’re going to cut down some time here and there from a regular gameplay that takes a couple of hours to finish. So, yes, you’ll need to do at least two runs to get all trophies, but that’s not so bad since it’s a fun game.


Final Thoughts
With Mystik Belle, Last Dimension and WayForward have brought us a nice but short Metroidvania platformer point and click adventure. It’s the kind of release any gamer can enjoy, except if they come in looking for a challenge and a lot of replay value, which this one, unfortunately, doesn’t have. But if you’re looking for a fun adventure from start to finish, you should definitely check this one out. 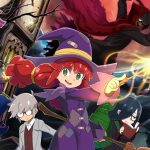 Disclaimer
This Mystik Belle review is based on a PlayStation 4 copy provided by Wayforward.

[PS4] Nights of Azure 2: Bride of the New Moon Review