10tons is ready for action with JYDGE on PlayStation 4. Check out our JYDGE review to learn more about this fast-paced and fun shooter on Sony’s console!


Did you enjoy Judge Dredd and Robocop while growing up in the 1980s and 1990s? Both are classic movies – and comic books – with a lot of action and a fun narrative that holds up to this day. 10tons surely likes both, since it has taken inspiration from them and is doing an homage of sorts with JYDGE, its new PS4 action release.

JYDGE is an isometric shooter set in a future in which the city is overrun by lawbreakers, and the police force have a new way of dealing with the ever rising crime: police cyborgs who are judge, jury, and executioner – hence me mentioning Judge Dredd. I have a feeling that JYDGE is aimed in part at the speedrunning community, since most games can be completed in a few minutes, not to mention you can get medals for each one based on your performance. 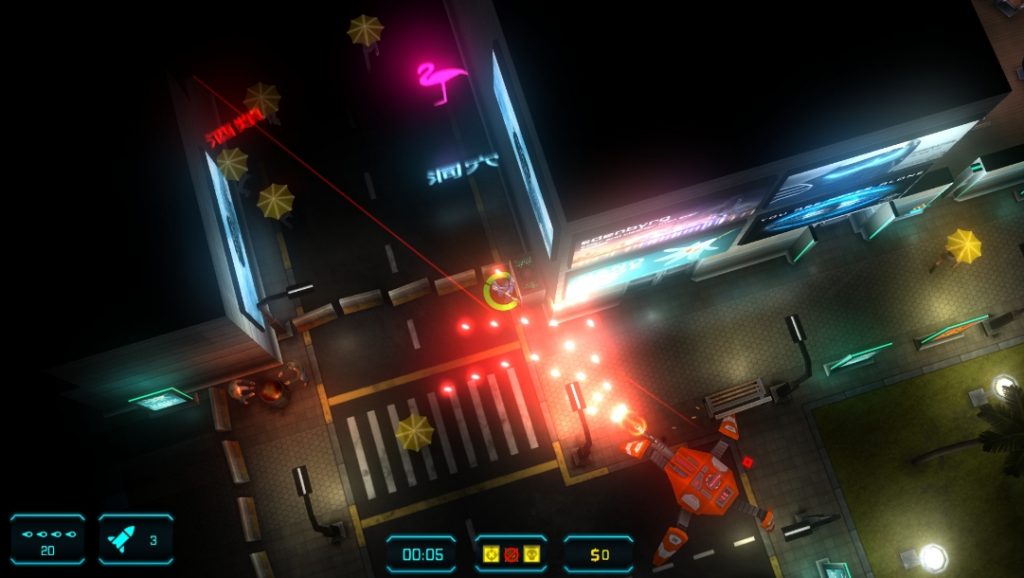 During your time with the game, you’ll focus on rescuing hostages, confiscating loot and collecting evidence as you try to avoid triggering any alarms – if you’re not careful you could be easily overwhelmed by the criminals. The main campaign has several levels to chew though and can be completed in under an hour once you get to know the game and start to aim at lowering your overall completion time, a handful of seconds here and there at a time

The environments and gameplay in JYDGE remind me a lot of Neon Chrome, another game released by 10tons on PlayStation 4… which makes sense since JYDGE is sort of a prequel to Neon Chrome. Gone are the procedurally generated levels, and in are the carefully handcrafted stages we get to play in this new release. You can blast your way through each room and destroy a ton of the stuff around you as you blast away any enemies that get in your way. You’ll find a variety of colored keys that open doors, and the good news is that once you open them, they’ll remain open even after you die. There’s plenty of gore in this one, which was to be expected given the topic of the game – you can even see how your enemies are physically decapitated by a slew of bullets! Oh, and you need to hurry up and get to the exit in time or else JYDGE will automatically self-destruct in a spectacular fashion! 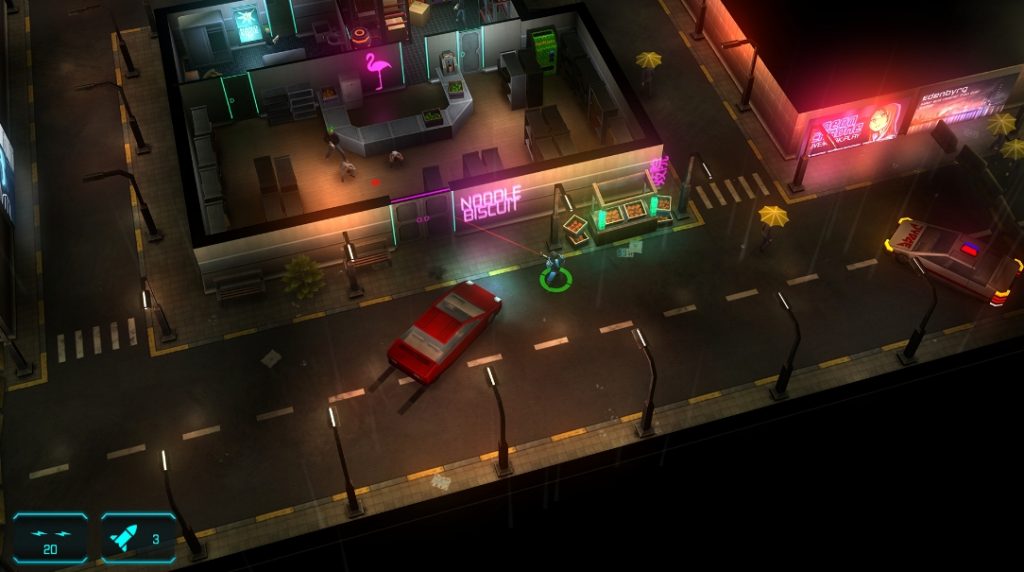 The game offers a lot of replayability since you can go back and finish any incomplete medal objectives for each stage – doing so will earn you unlockable stuff for your weapons and cybernetics. On higher difficulties there are also different objectives for each level so that you can earn even more medals, so four difficulty settings give you a fresh challenge for each of the levels on offer, with a fairly decent amount of content for the asking price. That’s not all, on higher difficulties you also get to face off against tougher enemies and tougher bosses!

As mentioned above, by earning medals and looting rooms you can earn new weapons and cybernetics upgrades. You can have up to four mods on your body and three on your guns, and you can also purchase different types of weapon fires, there are tons of customization options to experiment with, and you can completely rearrange your abilities as neede. Want to be a sniper and pick off enemies one by one? What about being full-on stealthy? You can do that! 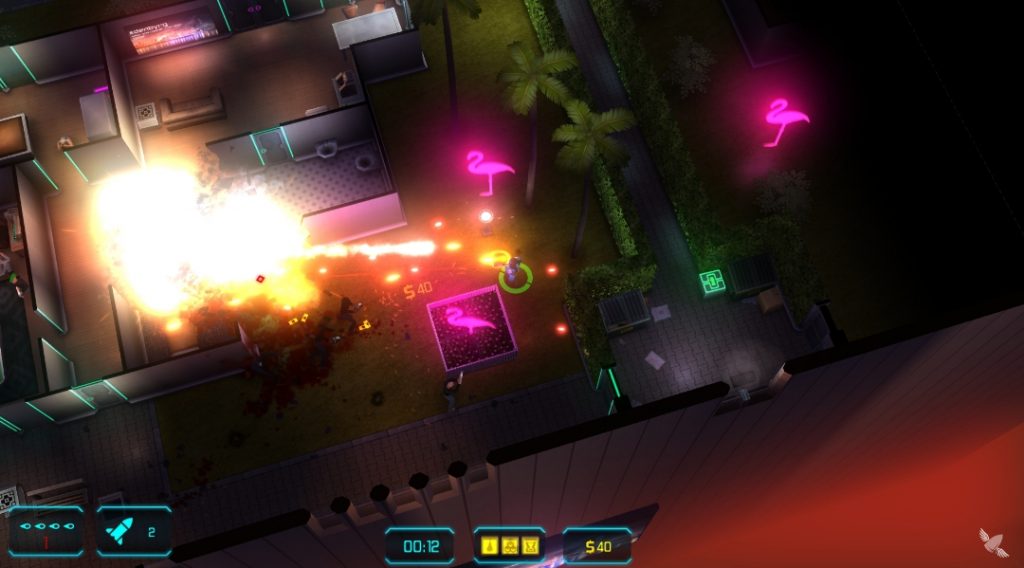 Lastly, if you want a new shiny Platinum for your collection you’ll need to play every level on all four difficulties since there is no difficulty trophy stacking for this one, so you’ll have to do it the hard way! I’d suggest you first do a full run in Easy so that you can get the hang of things and see how it all works, before you do a new run in each of the difficulties as you go. You’ll be spending several hours with the game as you try to unlock all miscellaneous trophies, so you better get good at speedrunning and at getting all collectibles, cybernetics, and weapons!

JYDGE is a very fun sorta-prequel to Neon Chrome that is a good upgrade over said game thanks to its handcrafted levels and great replay value. Sure, it has its focus set on the speedrunning community, but thanks to its difficulty settings it offers something for players of all skill levels. If you’re looking for a new action shooter on PS4 and don’t mind some violence and gore here and there, then you should check out JYDGE! 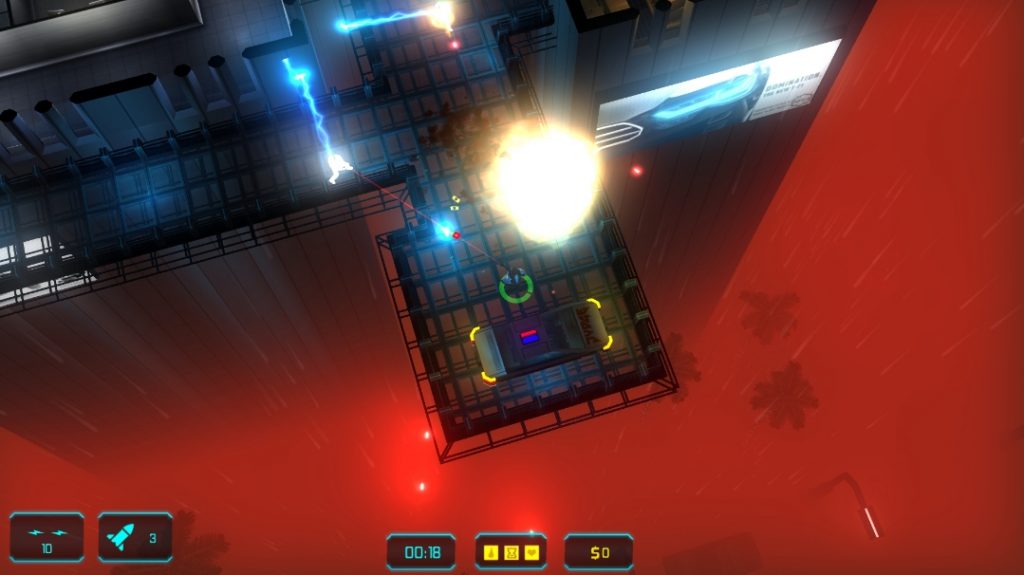 Disclaimer
This JYDGE review is based on a PlayStation 4 copy provided by 10tons.

Hand of the Gods Closed Beta Available for PS+ Members