Piranha Bytes and THQ Nordic are back with a new and ambitious science fiction open world action RPG, ELEX. Announced in 2015, we are finally ready to explore the world of Magalan. Read our ELEX review to find out if it’s worth diving into!

Magalan was once a beautiful planet before it was hit by the comet – it brought mass destruction upon the planet and is the setup for the post-apocalypse world we’ll explore. The world in the game is now mostly divided into factions who all have different goals and views on the precious ELEX: the Berserkers, who don’t use technology and forbid the use of ELEX and transform it into mana to be able to use magic; the Clerics, who forbid the use of the resource for themselves but allow it for powering advanced technology; and the Outlaws, who are mostly about survival and don’t mind transforming ELEX into drugs they can use.

Then came the Albs, people able to consume ELEX without mutating into monsters, becoming emotionless killing machines who take their decisions strictly based on logic. Jax, our hero, was a member of the Albs before failing a mission, and he got himself shot by another Alb and left for dead. That’s the moment you take control and get on your way to find out why you were shot while dealing with emotions probably for the first time of your life. 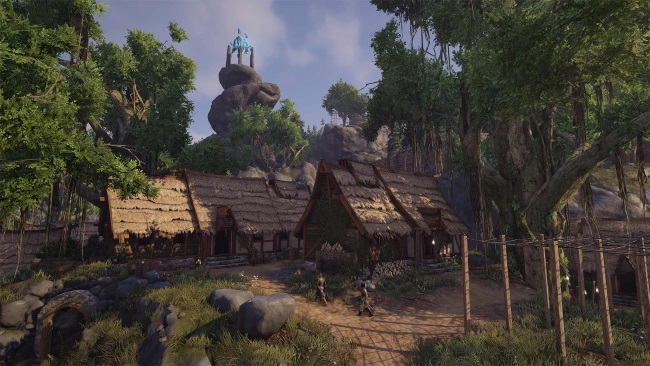 People who have played gamesThe Witcher, Skyrim or Fallout, will feel right at home with this one. It’s an open world game, with a huge map to explore (like, REALLY huge!), and tons of quests to complete. You’ll eventually have to side with a faction, so planning your actions based on that will be important. As you level up, you’ll be able to upgrade your character and skills, either general or faction-specific.


Magalan is a beautiful world to visit. The planet is slowly recovering from turning into a wasteland after the comet hit, and that gives us a nice mix of nature growing back to life and ancient structures still up after all those years. There’s a lot of details in all the environments you visit to really give you a feeling of how the factions live. When I was in the Berserker’s town for example, since they’re all about nature and magic, everything felt like I was in a medieval game, with taverns and cultivators growing food. 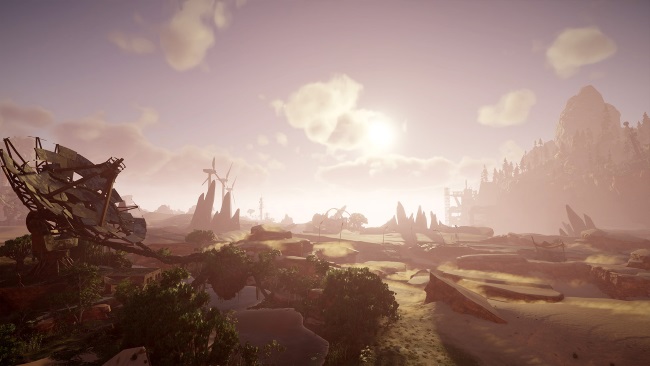 I do have to say though that I noticed a couple of visual issues. The dialogue with people often suffers from bad clipping – one moment you see the person speaking to you in a certain angle, and then the angle just changes so abruptly it feels like they forgot to make transitions like they just dropped the next frame on the previous one. I also experienced some framerate drops here and there, and while it didn’t impact gameplay or anything, it was annoying while it lasted. Some could say that the visuals are a bit outdated, maybe on par with early PS4 games. While I agree, it still gives a visually good looking game .

ELEX is a nice combination of a lot of things borrowed from a lot of successful games. You can clearly see the influence of games like The Witcher, Fallout (post-apocalyptic, factions, ancient world items you pick up to trade), and, to a certain extent, I have a feeling the Albs were influenced by the Clerics in the movie Equilibrium, emotionless drug-injected law enforcers. Putting it all together would’ve been a risky bet in my opinion, but Piranha Games have managed to pull it off. The story is intriguing, and the way the factions evolve around ELEX was nicely crafted and doesn’t feel like the developers just threw everything cool they could think of in the game. 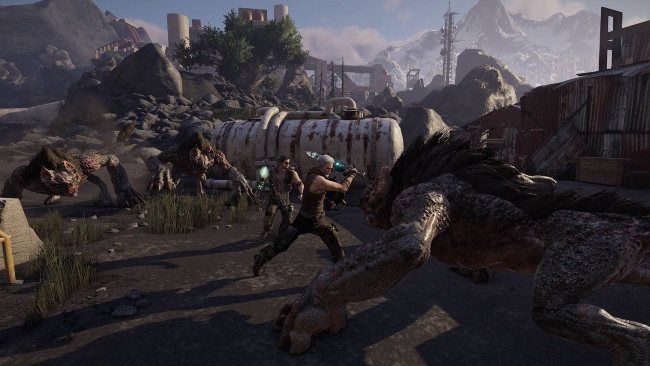 When I first arrived in Edan, the Berserkers’ village, I thought I’d take a quick look around then go out on missions. Three hours later, I was still wandering around town, talking to people or discovering new spots I hadn’t seen before, and it felt great! I got yelled at a couple of times when I used my adjutor (the gadget embedded in your arm that allows you to see your map, items, quests, etc.), since this is technology, and the Berserkers don’t want none of that. This is just one example of how you have to think about what you do in the game. NPCs are not just quest givers, they can have an impact on how your story goes with the different factions, and if you don’t treat them well, you might end up with bounty hunters chasing you.


And so after those frew hours, when I felt like it was time to go out and explore the world, I went out and got two-shot killed by a giant freaking raptor – and I was playing on Easy! After reloading, I decided to go elsewhere, where I met a giant wolf-like creature – yes, two-shot killed again. So one thing that might differ between this game and other open-world games is that there isn’t a clear path of where you should go to gradually level up, so you’ll have to find out by yourself. I personally don’t mind as I really like that type of game, but it’s something worth noting for people who like to be a bit more guided. 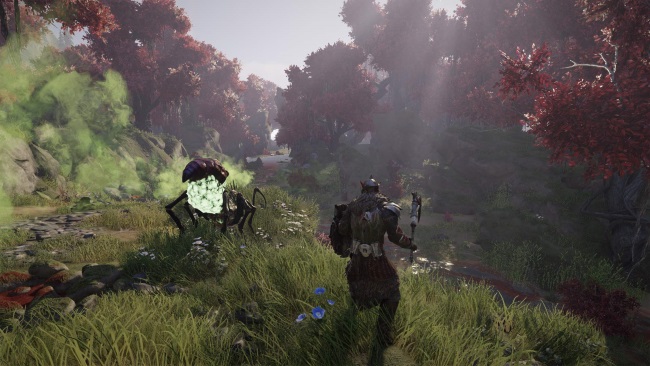 As far as the trophies go, I’m not expecting a really difficult game, but it will be a time-consuming one for sure. There are trophies for joining each of the three factions, and once you choose one you can’t go back, so people that don’t want to do three complete playthroughs will have to effectively manage their save files in order to be able to reload at the right moment to fork with another faction. There’s a trophy for playing at least 80 hours and one for completing 300 missions, but considering how big the world is, I honestly don’t think it will be hard to reach.

Final Thoughts
THQ Nordic and Piranha Games had a really ambitious project in ELEX, and one that surprisingly went under the radar for a lot of people after it was announced back in 2015. For me, it’s an incredible surprise, and it’s definitely a game that’s worth playing if you’re an open-world or action RPG fan. It may have a few technical issues here and there, but I can’t remember a lot of open-world games in recent years that didn’t have any, and it’s nothing that should prevent you from appreciating the game
– plus there’s probably a patch on its way. Don’t let this one pass you by, since there’s a hidden gem in ELEX. 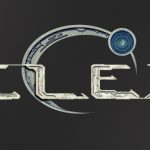 Fantasy and fiction together for a great adventure

Disclaimer
This ELEX review is based on a PlayStation 4 copy provided by THQ Nordic.