Burly Men at Sea is a game in which you follow three charismatic bearded sailors as they go on an adventure in the sea. As they wander, they’ll encounter different creatures that will make them live different experiences.

This game as a whole is truly a unique experience, and I loved playing through it. Read our Burly Men at Sea review to find out why!

Set in the waters of early 20th-century Scandinavia, the game’s story branches through a series of encounters with creatures from folklore. The player acts as storyteller and wayfinder, shaping the narrative around three ungainly heroes as they set sail for the unknown.

You begin your adventure with the three bearded brothers (named Brave Beard, Steady Beard, and Hasty Beard) as they find a bottle. After this they go on an adventure to decipher the mysterious treasure map that was in the bottle. As soon as they are out at sea, an event occurs, and it’s already clear that the adventure will be different than what they had in mind. 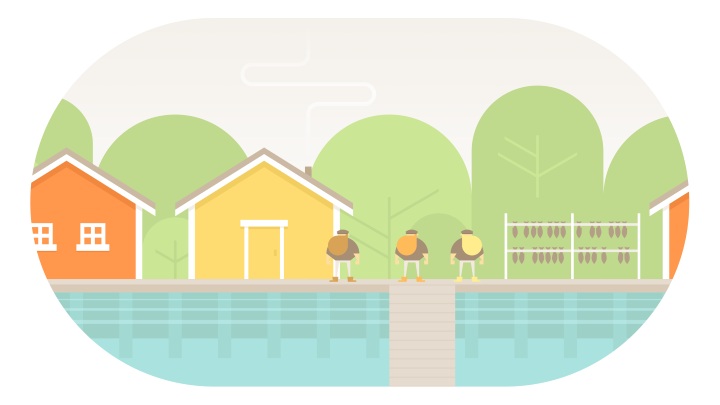 Before going any further, your first run in the game will last you less than half an hour and will feel a little confusing. Once you’ve come back to the beginning island, you’ll notice that you can take your boat again, and this is when you’ll notice that Burly Men at Sea has a pretty interesting branching storyline that contains as many as 12 different stories to tell, from three different main branches. Discovering each story is part of the fun and most of the branches entry points are relatively easy to figure out, but the later ones might require you to do some trial and error. Fun fact: the game’s characters are aware of the loop, and the dialogue changes as they meet for the second time! 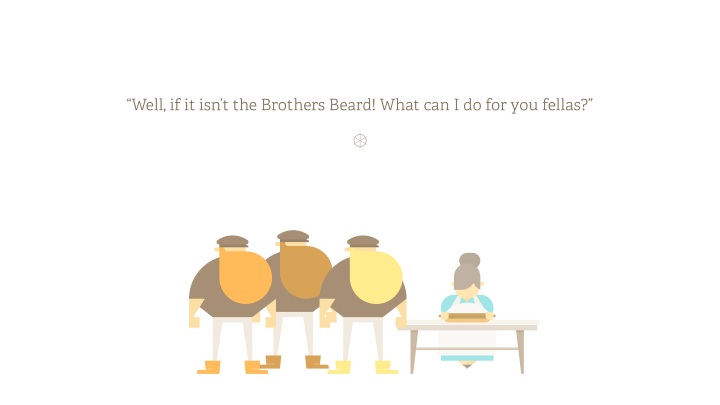 The presentation of this release is near-perfect, containing great visuals and a solid soundtrack, as well as fun voice acting. The beardy brothers look like sturdy sailors who have probably seen a lot before going on this particular adventure. I also love the way they walk – you’ll understand this when you see it!

Trophy wise, this game features a Platinum trophy, which requires you to do each of the 12 loops in the game, something I managed to do in roughly three hours. 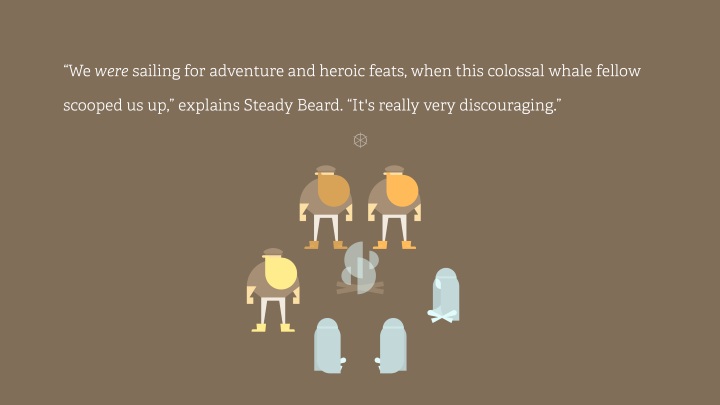 Final Thoughts
Burly Men at Sea is a unique experience, and I loved playing through the different branches to experience the whole adventure. If you like unique releases, do not hesitate to pick it up – I’m sure you’ll like it. The $10 price tag might feel a little steep, but it’s definitely worth it, especially since the game is cross-buy so getting it on PlayStation Vita gets you the PlayStation 4 version as well and vice-versa.

Disclaimer
This Burly Men at Sea review is based on a PlayStation Vita copy provided by Brain&Brain.

PlayStation Plus For October- PS4 Edition