[Beyond PlayStation] The Mummy Demastered Review


The Mummy Demastered is a tie-in for the Tom Cruise led movie, except the main character looks nothing like Cruise – because it’s not him. You’re a member of the monster-hunting Prodigium organization, and you must do everything you can to help mankind survive against the hordes of Princess Ahmanet. The game features a retro inspired 16-bit look with some extra bella and whistles, and a great soundtrack that fits the action and each of the game’s settings. It’s an action shooter Metroidvania, similar to what WayForward did with Aliens Infestation, but a bit more fast-paced and a bit more Metroidvania. 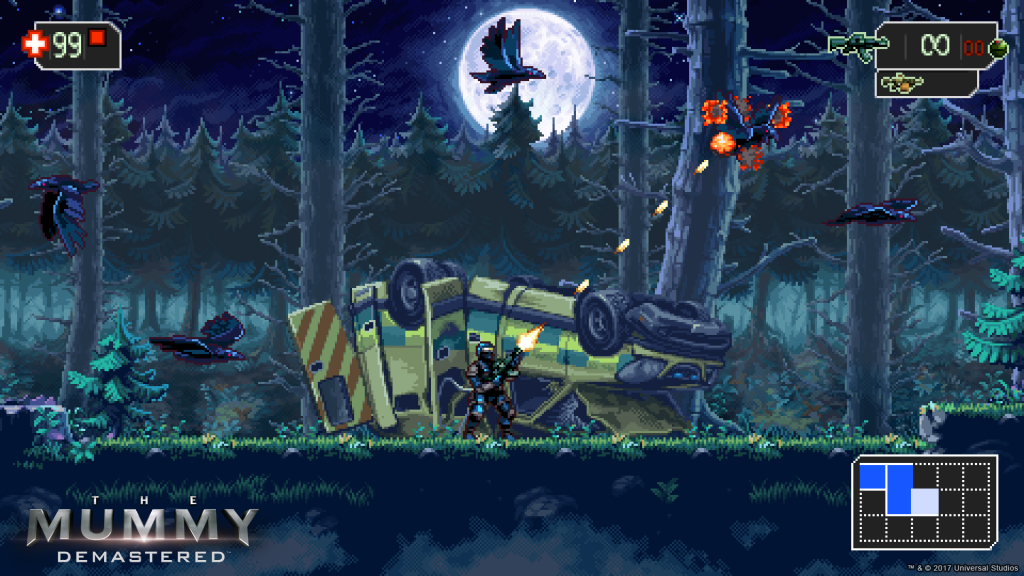 You’re first sent to Iraq to try and track down the ground team unit with whom HQ lost contact several hours before your arrival. You’re sent alone and must re-establish contact with the team before it is too late. A few minutes into the game you realize things have gone oh so wrong for the team, and must track any survivors as you destroy all monsters in your path. Spoiler alert: the game’s first area is a short tutorial, and the Metroidvania does not start until a few minutes later when you’re dropped by chopper into another area in which your map will kick in. 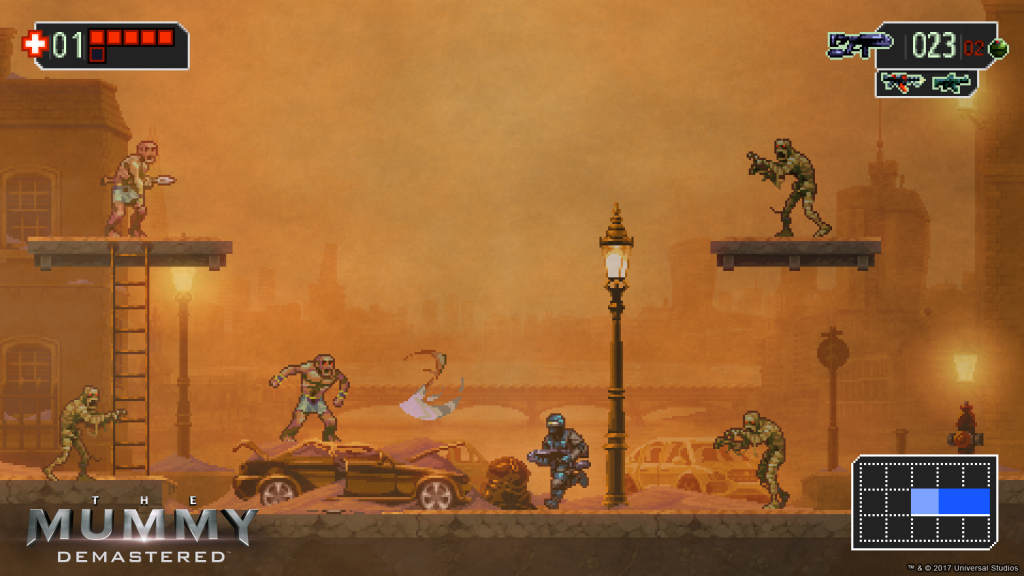 You move around wit the left analog stick or the D-Pad and can jump with the B button. You can roll with the A button, or by pressing down on the D-Pad while pressing the B button, to escape danger or to get through narrow passages. You can shoot your weapon with the Y button and use the ZL and ZR buttons to stand your ground to make it easy to shoot at an angle – but you can also shoot in all eight directions around you while you run and jump. As you explore each area you’ll find new weapons, such as grenades or an assault riffle, as well magical artifacts that will allow you to do things such as clinging to ceilings so that you can get to hard to reach areas. 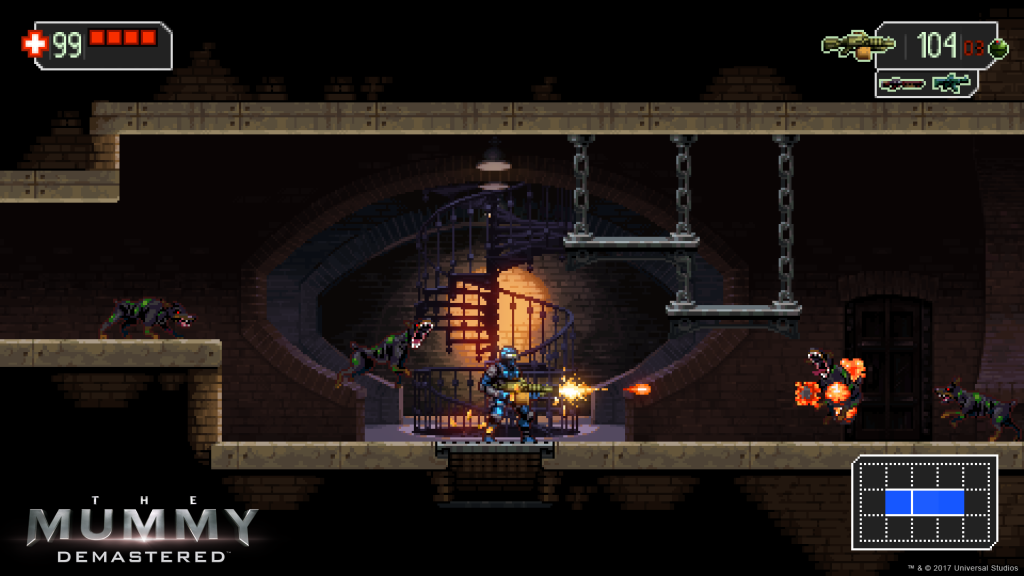 You’ll find save rooms all over the place, so I suggest that you save early and save often! Enemies are plentiful and they hit hard, so you might find yourself in a predicament after a handful of hits in just a few seconds. This is why it’s also important that you search everywhere for health packs since they act as extra energy reserves to increase your odds of surviving. There are also relics which act as the game’s collectibles – there are 50 relics in total to find so be sure to search high and low them if you want to 100% this one. 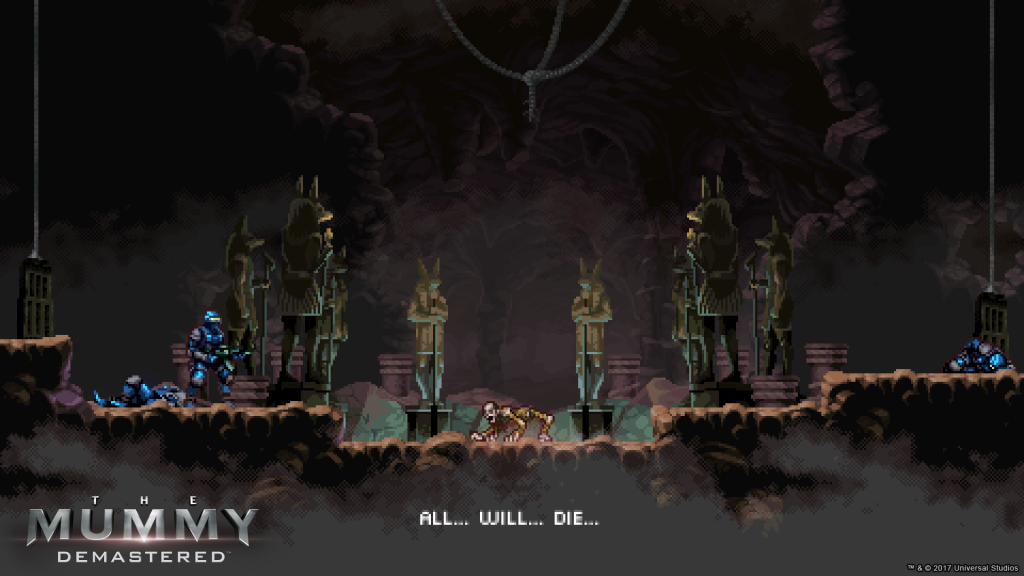 In order to quick travel between each section of the map, you’ll need to find the extraction points marked with a yellow square in your map. The more extraction points you unlock, the more places you’ll be able to quick travel to so that you can make good use of the weapons and artifacts you find to open new paths or find more power-ups. I highly suggest that you revisit previous areas as you gain access to new items and skills since you’ll be able to find more items to boost your health or ammo capacity, as well as some relics to bring you closer to fully completing the game. 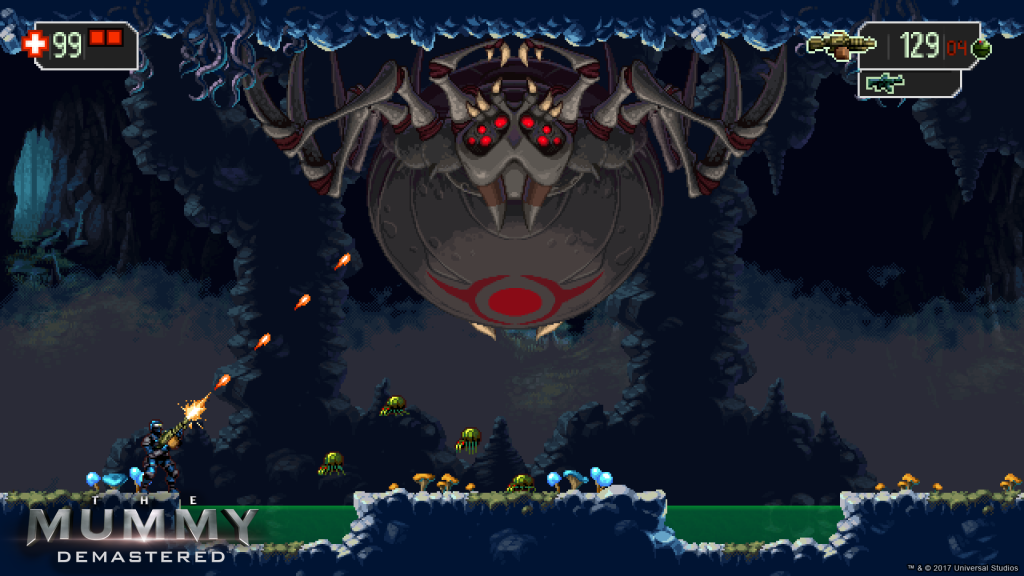 There are also large bosses to defeat, so be sure to do so with all of your health and full ammo on all of your weapons to have a fighting chance! You never know when that extra full health kit can make the difference, or how a well-timed grenade can turn the tide of battle.

An interesting mechanic kicks in when you are killed, because the character you were controlling is dead after that – dead dead, not comic book dead. That means a new operative is sent in to finish the job… but all weapons and power-ups are gone since they’re on the dead guy. You must, therefore, track down the new member of Princess Ahmanet’s army, kill him, and grab back “your loot.” It was a fun thing to do the couple of times it happened (once during a boss, once during a late night gaming session in which I completely didn’t realize I had almost zero health left). 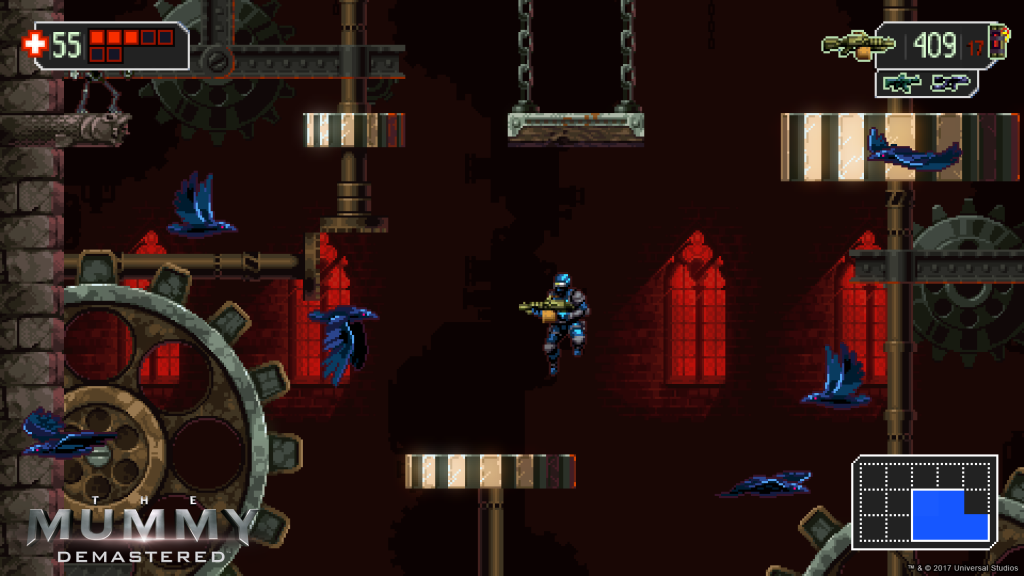 The Mummy Demastered is a fun Metroidvania released as a tie-in to The Mummy, and I definitely recommend you play this one. It’s only $19.99 and offers more than enough content to justify its price tag, not to mention that it might opens the door for WayForward to work on games for the rest of the Universal monster revival. If you’re a fan of the Metroidvania genre then you’re going to enjoy playing through this one since it just feels right – it plays like a Metroidvania, looks great and has a solid soundtrack as well. 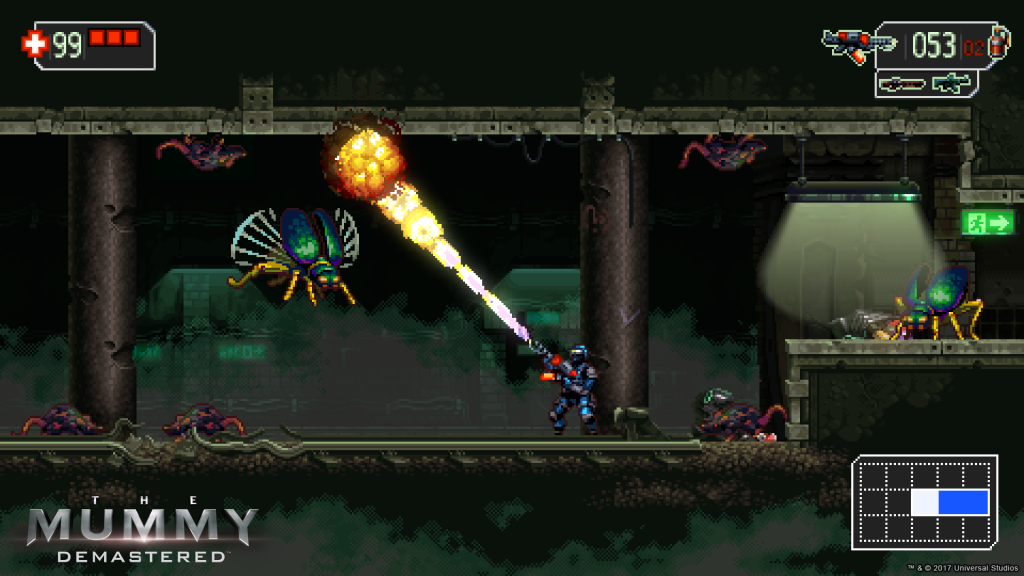 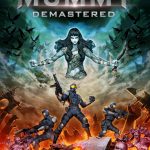 Disclaimer
This The Mummy Returns review is based on a Nintendo Switch copy provided by WayForward.