We’re playing Time Recoil for our review, so we got in touch with 10tons to talk about the game’s development for Sony’s home console.

PS4Blog: Hi! Thank you for joining us at PS4Blog.net. Could you please help us get going by introducing yourself to our readers?

I’m Jaakko Maaniemi from 10tons. I spend most of my time with PR and distribution stuff, but I did act as head honcho on Xenoraid… wow, a year ago! Sheez, time flies!


PS4B: Time Recoil is out on PlayStation 4. How would you describe the game to someone who’s never heard of it?

Time Recoil is apparently very easy to describe, as virtually everyone is saying the same things: It’s like top-down shooters Hotline Miami and Mr. Shifty mashed together, and somehow the slow motion shenanigans of Superhot ended in the mix as well!

For me, personally, the similarity to the game flow of Hotline Miami is important: one shot kills both ways, so you will be dying a lot, but it’s really fine as the levels are tiny to small and restarting happens in a blink. 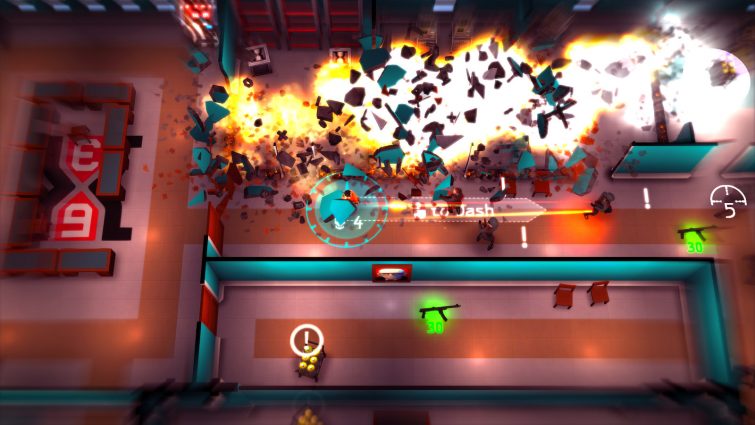 PS4B: How long did it take to develop and fine-tune Time Recoil for its console release? What changed along the way?

Being a multiplatform developer is so deep in the bone marrow of 10tons that there are really no changes or tuning when it comes to making Steam or console versions. Everything starts from the ground up targeting all platforms, so for a game like Time Recoil, there’s nothing to it.

Now that we have the PC and console versions done, we’re working on the mobile versions, and those involve quite a bit of work. The main things are obviously the move from gamepad control to touch screen and how that’s made to work, and doing whatever performance optimizations that are needed. The high-end mobile devices are admirably beefy these days, but as we at least try to support devices that are a couple of years old, we need to figure out which graphical things we need to shave off to maintain a fun framerate. 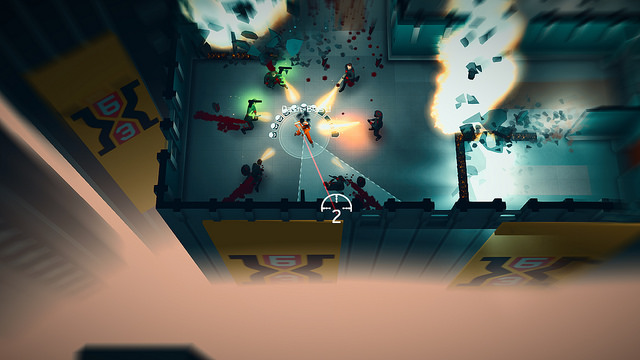 PS4B: Will there be any DLC content for Time Recoil, either of the free or paid variety, or do you consider the game that has been released to be the “definitive and final” version?

Potential updates and DLC depend pretty solely on how popular the game becomes. We made a paid DLC for Neon Chrome called Arena, which will be out within a few weeks for PS4. Neon Chrome is pretty popular across Steam, PS4, and Xbox One, so it made sense to offer something extra for the biggest fans of that title. Time Recoil is a more compact title all around, but absolutely, if people show up in a big way and especially if there’s a clear idea what’d be cool, we’re open to it! 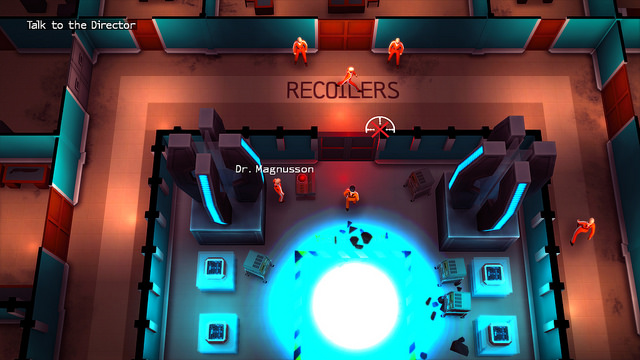 You should look into the time attack mode of Time Recoil! The level completion times of a couple of seconds might astound you at first, but they’re very doable. Here’s a couple of tips: You can often create the exit wormhole right at the start of the level. The timer also starts running only after you move, so it’s a good idea to create the wormhole first and then dash to complete the objectives! 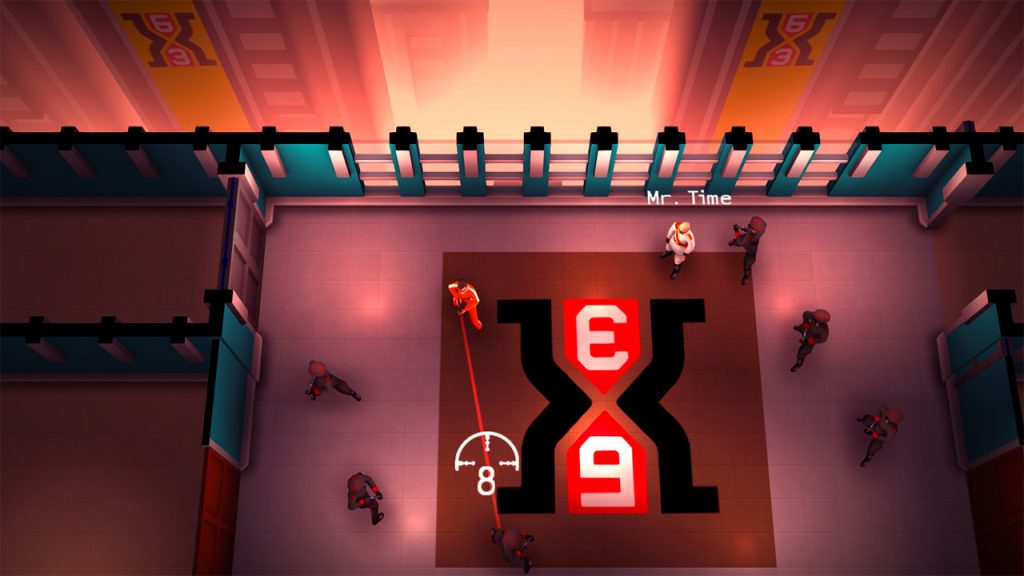 Splasher To Hit PlayStation 4 On September 26