Before I continue, check out the video below to get an idea of what to expect from this game:

Any of that make sense? No? Great! Rock of Ages 2: Bigger and Boulder is a game that certainly doesn’t take itself too seriously, which is good every now and then from a videogame, don’t you agree? The game’s cutscenes and humor will probably remind you of the beloved Monty Python, which is definitely a lot of good. The action does not disappoint either as you roll your boulder round and round as you try to not fall over a cliff or get destroyed by the opposing army and the many weapons your dastardly opponent will use. 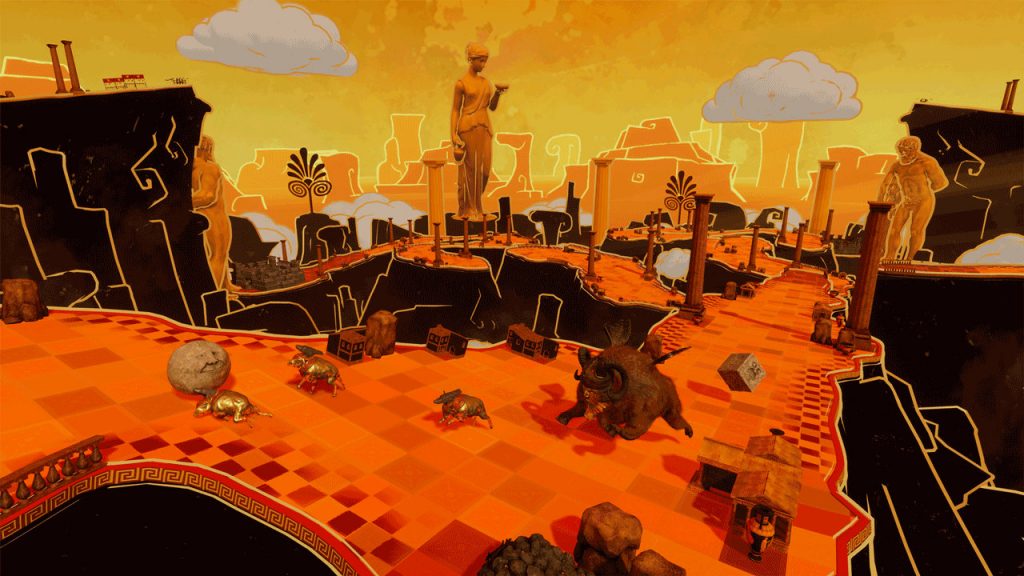 The game features Local and Online gameplay. The Local one is split between the Story Campaign in which you help Atlas retrieve his globe as you battle historical figures either on your own or with a partner. Then there is Game of War in which you roll through the area defending your turn as you make a rush towards your opponent’s castle gate. Obstacle Course, as expected, is a race in which you get to score points during several rounds on a course, with whoever scores the most points at the end being the winner. There’s also a Time Trial in which you’ll race against the clock without defenses or opponents, as you aim to grab a slot in the list of people who are fast at rolling boulders. 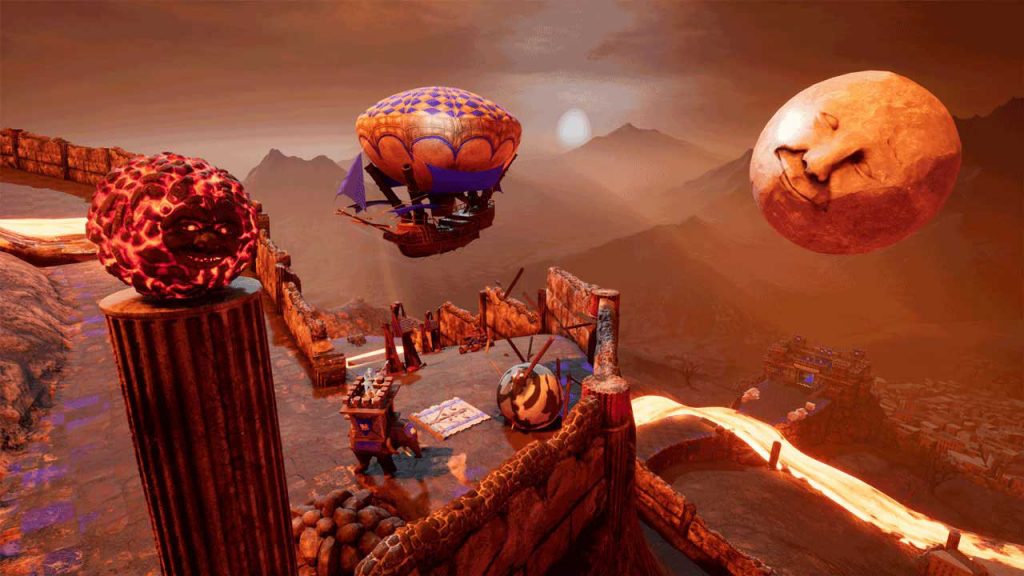 The Story Campaign will begin with a short cutscene that sets things up before you’re given control of a boulder that moves around a map so that you can select each of the stages you’ll tackle. The first task will be to complete the game’s tutorial stage in which you’ll battle against the army of Richard the Lionheart. You’ll get to learn about how you should roll at full speed ahead to be able to strike your opponent’s castle gates as hard as possible to do massive damage. And you’ll also learn about setting up your defenses for when it is your enemy’s turn to do the same to your castle gates. 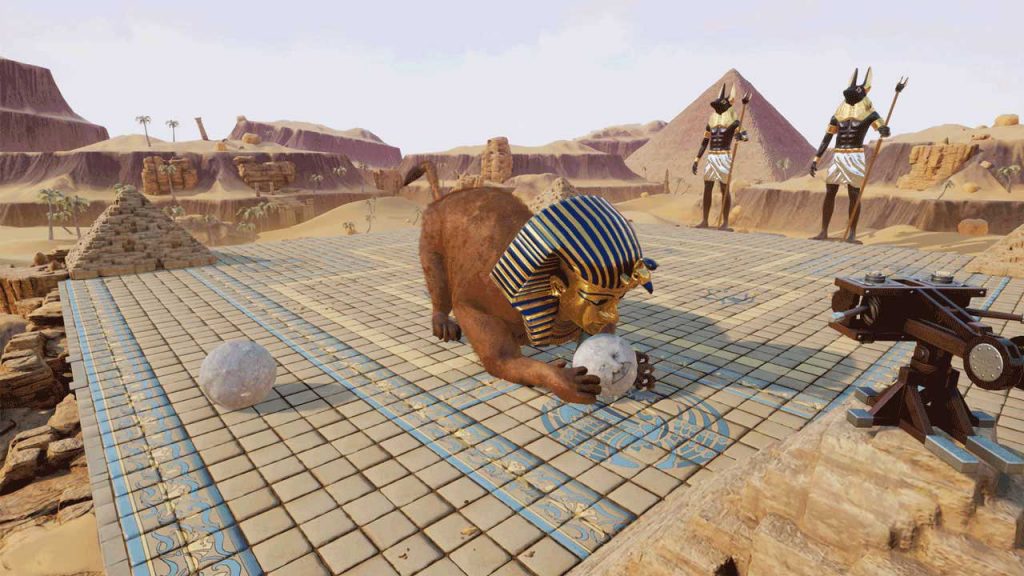 You’ll spend gold to build up your defenses, and at least for your first defense, you’ll be able to take your time to setup your defenses. Once you’re ready, hitting the Triangle button ends up sending your enemy’s boulder rolling down towards your castle gates. During this time you can spend your gold to build more defenses, or use a special power at no cost to summon a cloud that will send a thunderbolt towards the ground – a skill with a cooldown, so you don’t abuse it. 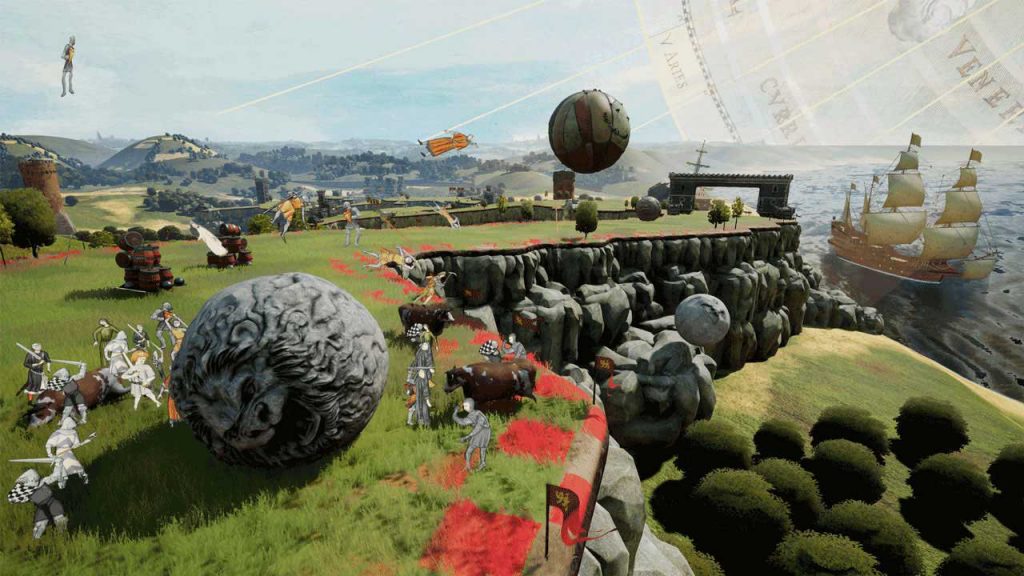 Once you win your first battle, you’ll get to travel around the map to collect new units for your defense such as springboards, explosives, and sticky cows. You know, the usual. Because of this, for your next battle you’ll be able to select the boulders you’ll use as well as the weapons you’ll take into battle. While your boulder is carved into action, you’ll get some valuable time to setup your defenses before your enemy’s boulder is ready. You’ll need to be careful that you don’t spend too much money in any single round, or else you might find yourself without the funds you desperately need during the final rounds. I suggest that you build banks close to mines during your first handful of levels so that you can have a steady flow of gold or else you might run out at the worse of times. 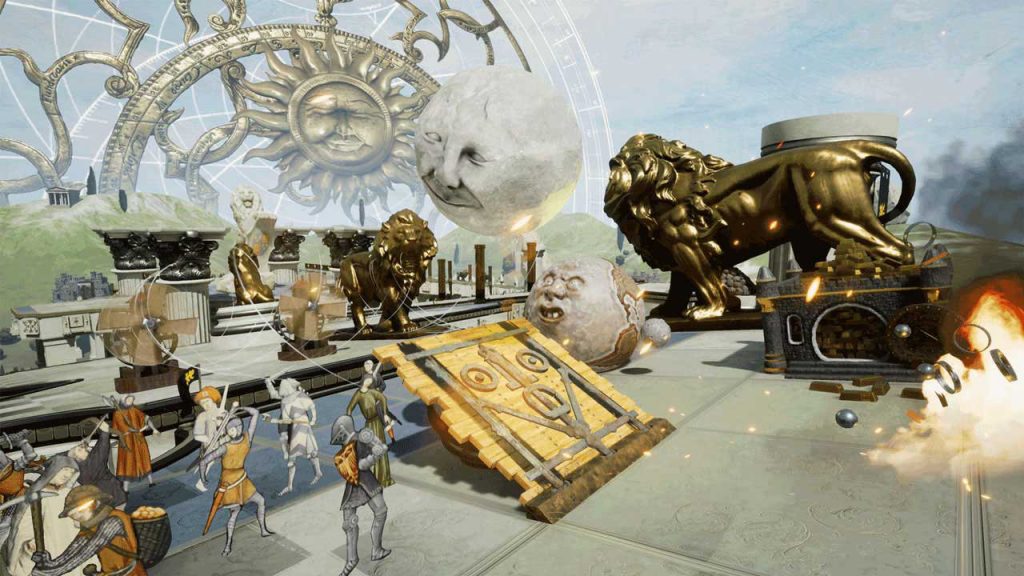 There are two DLC packs available for the game. The first one is the Binding of Isaac Pack, and it is free, but available for a limited time. The pack includes an Isaac boulder, three in-game avatars (Isaac, Blue Baby, and Azazel), and three new army banners for you to use. The second DLC pack is the Classic Pack, and it costs $1.99, but it will be free for you if you also own Rock of Ages on the same PSN account. This second pack gives you the Smiley boulder and a Sisyphus in-game avatar, as well as three new army banners

Due to all the craziness, the many things you can do in the game with the weird so-called “weapons” it gives you access to, I was expecting a full trophy list with a Platinum trophy, but that is not the case. There are fourteen trophies in total, one Gold, one Silver, and twelve Bronze. It’s not a deal-breaker, but certainly not what I expected from an Atlus release. 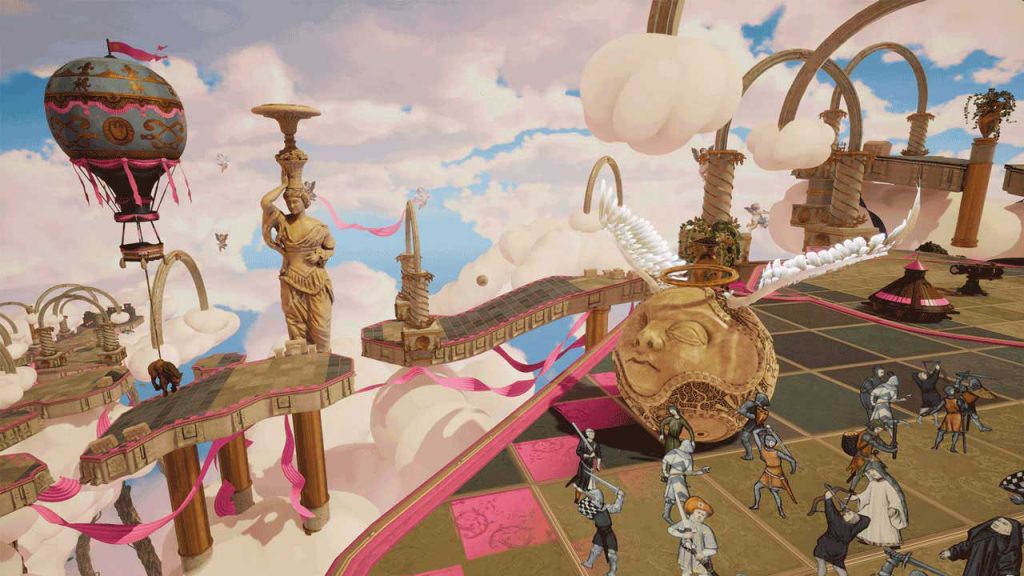 If you’re looking for a weird but charming PlayStation 4 release where you roll a boulder around, with cutscenes that have a good sense of dry humor and a Monthy Pythong look to them, then Rock of Ages 2: Bigger and Boulder is exactly what you need on Sony’s home console. There’s plenty of content and a ton of weird weapons and boulders to use, so I’m sure you’ll find something that pleases you. And if you don’t, well, though luck!

Disclaimer
This Rock of Ages 2: Bigger and Boulder review is based on a PS4 copy provided by Atlus.