Rev your engine. Wait for the signal. Go, go, go! Are you ready for a new NASCAR racing game? It’s time for you to check out our PlayStation 4 Nascar Heat 2 review!

3 National NASCAR Series – The NASCAR Camping World Truck Series™ and NASCAR XFINITY Series™ are playable for the first time in nearly a decade. Add in the Monster Energy NASCAR Cup Series™ and players have over 100 drivers to choose from.

Deeper Career Mode – Work your way through all 3 NASCAR national series in your own custom car or takeover a stock car from the top NASCAR race teams!

Expanded Online Gameplay – 40-player online races are back! New this year and for the first time ever, complete the field with AI. New leaderboards, rolling seasons, online cautions, and the new NASCAR stage format create a robust online experience. 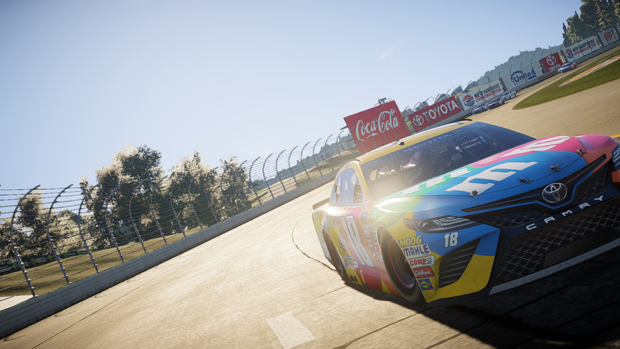 Let me start with being honest: I am not the biggest NASCAR fan out there. In fact, I’ve probably never watched a full NASCAR race! That being said, I do enjoy racing games since I love to get behind the wheel of a virtual to get a feel for the action that takes place on the track.

For me, a racing game is always about the feel of the experience. I want to feel in control of everything behind that wheel. If I mess up and crash, I’ll own to that, but I do want to feel it’s my fault. Thankfully this is an area where the game excels since it’s a release with a solid feel as you race down the track moving past other competitors.


While on the surface NASCAR Heat 2 isn’t as complicated as some of the other racers I’ve invested my time playing this year, I found it to be very compelling. With the wide dearth of cars on the track that you need to pass, I realized I needed a solid strategy to make sure I could finish at the top. Do I go left or right? Can I make it through that hole between two cars or should I wait for a better opportunity? Is this the best time for a pit stop? These questions would repeatedly go through my head while playing the game, really making each race feel unique. Even if you manage to be way ahead of the pack, you might end up passing people who are technically behind you, which means you always need to be thinking about ways to improve your speed and performance while not crashing. 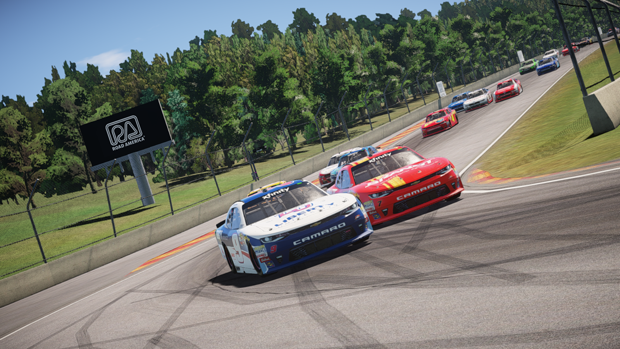 The game has a very detailed career mode which will keep you busy for a long time. As you beat races, you can get bonuses for good finishes and for not damaging your car – repairs are expensive! The big thing you can manage is your rivalry, since your actions in the races matter. If you swipe an opponent during a race, they may come after you during another race. It’s a unique system, taking a different spin on the nemesis system in other franchises and applying it to a racing game.

The game visuals look great making you think you are actually on a track. Obviously, it’s a different visual when in the driver’s seat than when watching the game from a distance, but the fidelity of the cars and the tracks is great. Also, I was really impressed with the lighting in the game representing the different times of the day – everything just gave off different colors making even the machines feel “alive.” 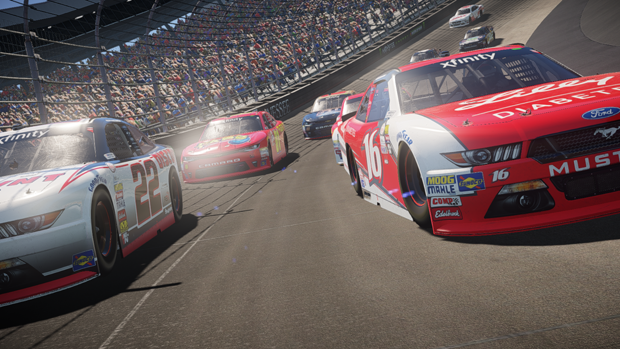 NASCAR Heat 2 feels like a really solid racing sim. The game looks great but, more importantly, it plays well. When you crash and burnout, it’s because you didn’t do things right or made a poor decision – that is what I want from these games. If you are a NASCAR fan then you’re going to love this one. And if, like me, you’re not the biggest fan, you’ll still enjoy your time on the track.

Disclaimer
This NASCAR Heat 2 Review is based on a PS4 copy provided by 704Games.

New PlayStation Video – 2017 And Beyond