Developer Duck and publisher Sometimes You are bringing us into roguelike NeverEnd, trapped in a dimension that we need to escape. Read our NeverEnd review to learn more!

As soon as you start the game, you will be in a square shaped room, armed with a stick and shield, with a door on each side of the room. You are on a mission to escape the dimension you’ve woken up in. The first thing you’ll do is go into another room, where there is a good chance you will meet one of the not-so-many types of enemies that you’ll need to defeat before being able to proceed to another room. This is probably the first of the many times you’ll die in this game, as you have yet to figure out the controls. 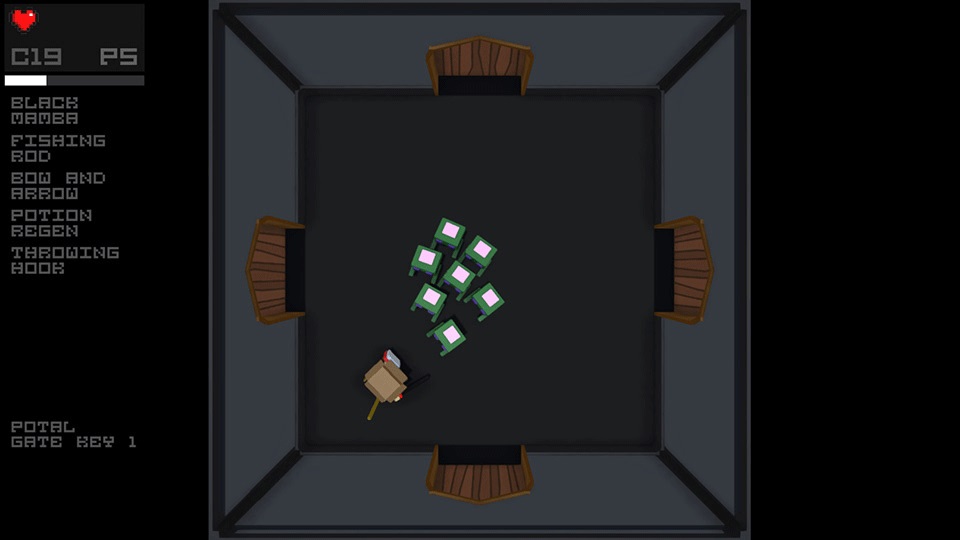 Nothing is explained to you, so you’ll have to press the buttons until you figure out how to attack, block or buy things from the merchants you’ll meet. Speaking of merchants, you’ll be able to purchase better equipment from them if you gather enough coins, which are automatically collected after defeating monsters. Beware though, as it’ll take a lot of time and skills (and several deaths along the way) to gather those coins, and should you die a couple of minutes after spending them on a new sword, you’ll lose it all and rollback to the stick from the start.

Visually, NeverEnd is set in identical square rooms, except for a couple of ducts or small pools of water here and there, and your character and enemies are rendered in a blocky way. The music is mostly the same track played over and over, which definitely brings me back to the 8-bit era.


I might’ve had my hopes a bit too high for this game. When I read that it was a roguelike, I immediately thought about the excellent Rogue Legacy and was expecting a similar experience. What I found in the end was a repetitive experience since, in the end, you’re always in the same type of room, without any variety to keep you going. In all my time with the game, I have only met three different types of monsters and the only big difference was the number of enemies I ran into when entering the rooms. To add to the redundancy, each room contains only one type of enemy. 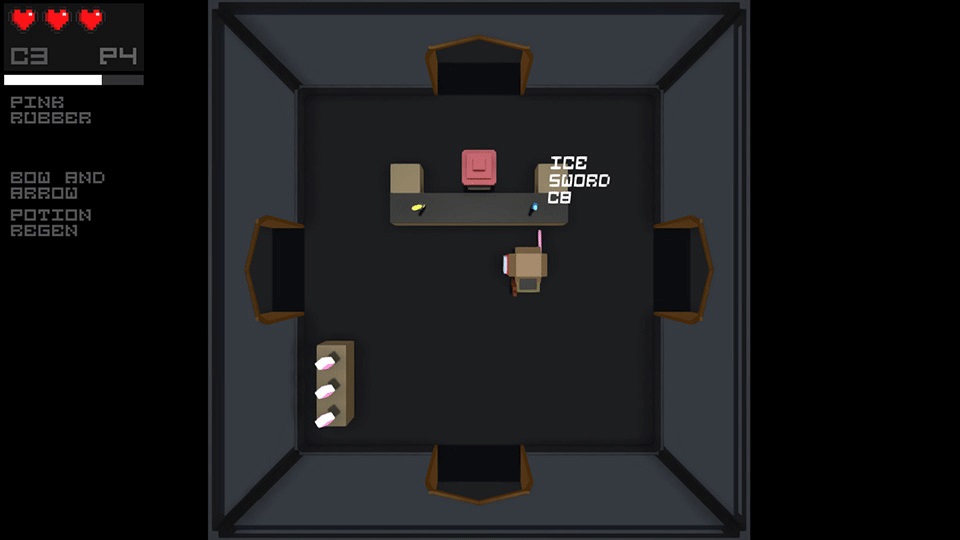 Fighting also left me a bit disappointed since it didn’t feel like you could try different strategies or anything to defeat your opponents. Each enemy has a distinct pattern, so you just go around hitting them one hit or two at once before moving to a safe spot, and then rinse and repeat until they’re all gone. The experience could have changed if we were able to keep the equipment we purchase, but since you have to start all over again when you die, for me it became more irritating than fun.


Finally, on the trophy side of things, don’t expect me to reach the Platinum in this one! Considering that I can’t even get to one of the mini bosses of the game, and that there’s a trophy for beating the whole game with the stick, this is one list that will earn you much respect if you can achieve it! 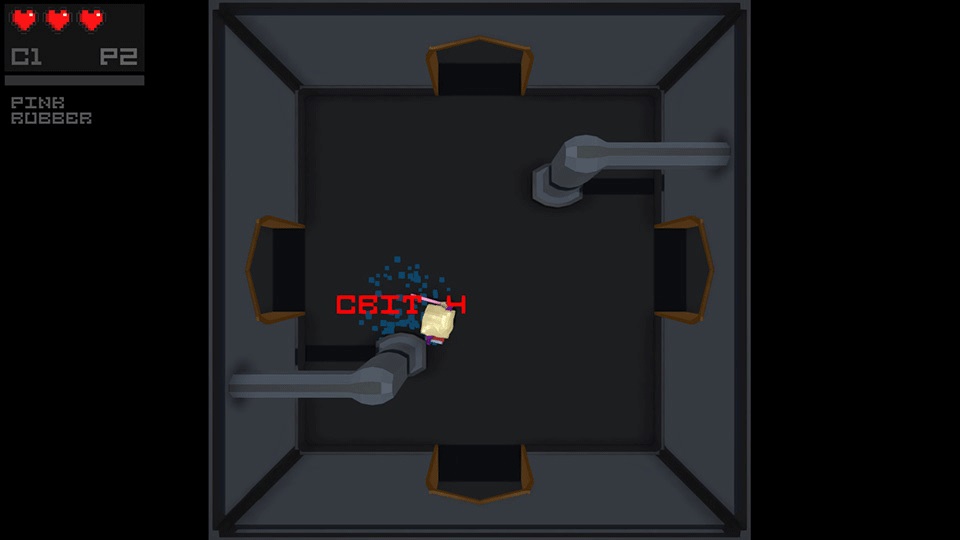 Although the game is nowhere near the quality of a release like Rogue Legacy, or the Binding of Isaac (that had a similar room-crawler feel), you can’t ignore the fact that this game is only $2.99, making it a budget title that might scratch that roguelike itch if you’re a fan of the genre. With just a bit of an overhaul on the controls to make it less clumsy and some more variety in the rooms you explore, this could have been a better game.
————-

Disclaimer
This NeverEnd review is based on a PlayStation Vita copy provided by Sometimes You.

The 25th Ward: The Silver Case Coming To PS4 Next Year