Drive Girls is a game in which you follow five girls on their way to save the world from Bugs – mechanized monsters. Is it good? A weird match between an action game with a racing one? Read our Drive Girls review to find out!

An experience with the style and splendor of Japan, Drive Girls is developed by the ever-popular Tamsoft and features characters designed by popular illusatrator UGUME. In a world under assault by an army of mechanized Bugs it’s up to the Drive Girls – five girls with the power to transform into souped up supercars – to defend their home of Sun Island, cross the finish line, and save the day!

As soon as Drive Girls starts, we are greeted by a splash screen letting us get to know the five main characters of the game, and with how some of them are dressed, we know that we are diving into a Japanese game featuring fan service. I don’t judge that tpe of release as I sometimes enjoy them – for instance the awesome Criminal Girls 2: Party Favors, which is a Japanese-RPG featuring plenty of fan-service that I enjoyed a lot). 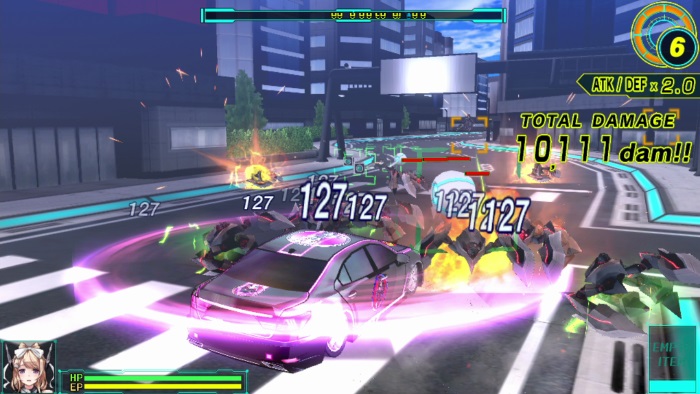 The game begins with a cut-scene describing the main character and her motivations to become a member of the ERT. Due to some circumstances, she misses the entry exam. Luckily she gets another chance to take the exam, and it is then that we are then introduced to the basics of the gameplay. Your acting character can hit enemies in a pretty standard way by using Square button for the regular attack, or she can do a stronger attack by using the Triangle button.

Where this game is different is that you can change in real-time to a car (!) and hit enemies with it. It didn’t feel particularly stronger than the regular attacks, so this was the first strange part of the game. The camera is also hell and gets in the way of the gameplay sequences as you can’t automatically target enemies, so you will always be facing the wrong direction until you manually change the camera. The Bugs also have way too much health, so it is annoying to hit them over and over again to destroy them. 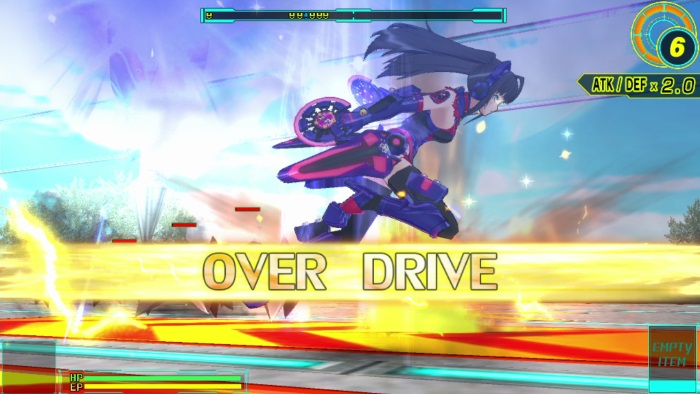 Having cars in the game title also implies that this game features races. While I had high expectations for the races to be more enjoyable than the main missions, I soon realized that the races are bland and last forever (keep a button pressed for five LONG minutes to win or lose a race, depending on the AI). This is the most passive racing game I’ve ever played: press a button, dodge a few obstacles and avoid or go through a few enemies. It doesn’t really matter because they won’t stop you. Also, if you touch the transform button in a race, you’ll revert back to a girl, which will guarantee that you will lose the race as you desperately try to transforming back into a car. The gameplay of Drive Girls is VERY repetitive. 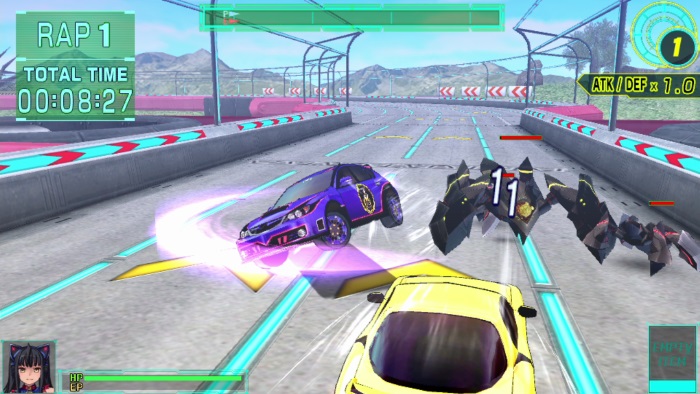 On the presentation side of things Girls, the soundtrack was upbeat but forgettable. This game is voiced in Japanese, which fits with the genre. The cut-scenes feature static backgrounds with little to no animation. To give credit to the game, the cars are particularly well designed and do look realistic. The character models also look great both in the cut-scenes and in the actual gameplay sections. 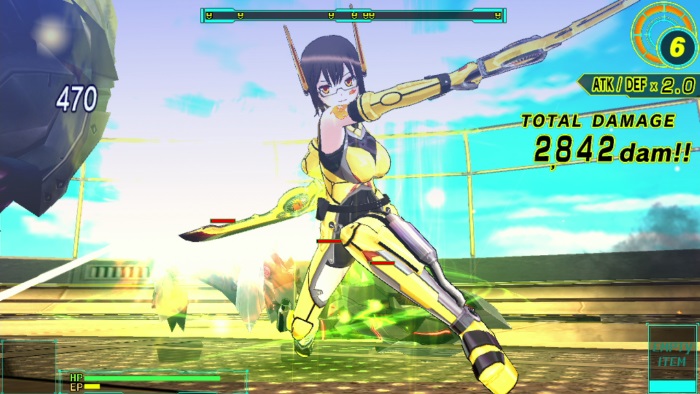 Drive Girls is a weird release, and while I congratulate Aksys Games for bringing it over here, in the end, I can’t help but wonder how this game will be received by gamers this late in the PlayStation Vita life. The gameplay is hard to pick up, and the camera was unhelpful due to the lack of an auto-targeting system. The races, which are the other part of the game, feel too long and take place on bland tracks. The fan-service will certainly make some gamers happy, but this release is definitively not for everyone. 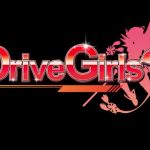 Weird mix between an action game and a racing game

Disclaimer
This Drive Girls review is based on a PlayStation Vita copy provided by Aksys Games.