KOEI TECMO America is back with a new Warriors release, featuring more than 30 characters spanning 13 of their series! Come learn about this action packed release in our Warriors All-Stars review!

After a short cinematic that introduces you to the story and the to the three new characters that were created specifically for this game, you’ll get right into the action with the hero you picked. Not all heroes are available at the start (about a dozen are), so the rest will be unlocked as you progress through the story. There’s a total of 30 characters that will be available, like William from the recently released Nioh, Ryu from the Ninja Gaiden series, and Sophie from the Atelier franchise.

When you get into battle, you’ll be dropped on a map (that you can always look at in the upper right corner of the screen), and be given different objectives to complete. During your mission you’ll face hundreds of enemies, which itself is a really fun aspect of the game. The feeling of being alone against a hundred enemies right in front of you, and being able to wipe them all, is quite enjoyable. 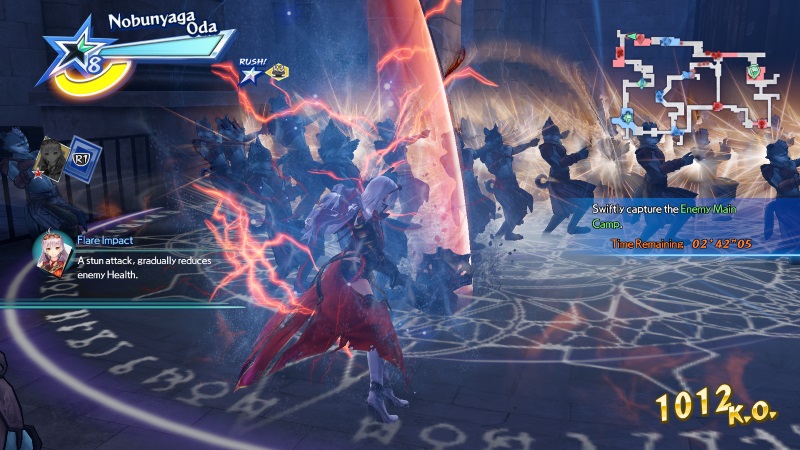 As the story progress, other characters will be joining you, and you’ll be able to bring them in the battles as supporting characters. This will allow you to trigger their special abilities to help you in the battle, with a cooldown period before you can use them again. Some characters even have combined abilities when you figure out the right pairs! You’ll also have multiple ways of boosting your, or their, abilities with bonds that forge themselves as you bring characters with you, or hero cards that can have special attributes attached to them.

When you’re not in battles, a world map will be your “command center” in which you can navigate around to see the different missions available, either key missions to progress the story, or optional ones to help you level up, gather materials or money. A lot of missions are available for you to complete, which adds up to the gameplay time and for a great replay value. And since the story will have you side with one of the three characters introduced in the game, expect a couple of playthroughs to be able to see all the different endings the game has to offer. 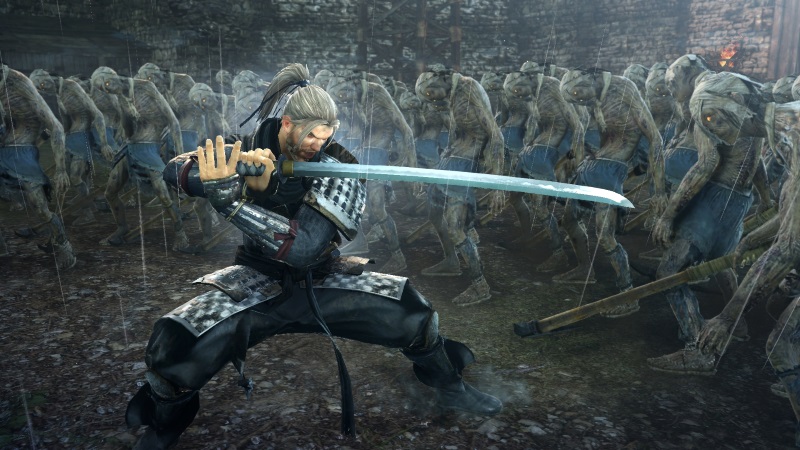 As for the presentation, the characters and enemies looked great while in battles, with no noticeable slowdowns even though there were tons of enemies on screen. The background details are not as stunning as current-gen games could be, but that might’ve been a price to pay to have so many enemies on screen at once.


One thing that’s important to know is that most of the dialogue you can hear in the game is in Japanese. While that wouldn’t cause too much problem thanks to subtitles which the game has, of course, the problem lies with the fact that a lot of story dialogues occur during battles. With the action being so intense and frantic, you can’t really stop fighting those 60+ enemies around you to read the text, so in the end I missed most of the story that went on during the battles. 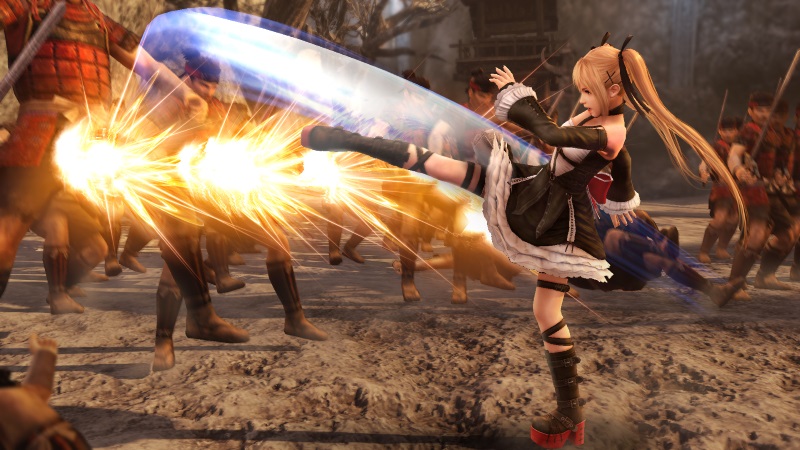 The feeling of power you get from defeating thousands of enemies in the same battle is one I never grow tired of, and this game delivers on that aspect! The story might not be the deepest one around, but when you consider this is a big crossover title with all those series ending up in the same world, it shouldn’t be an element that stops you from playing the game. The battles are where the fun is, and with the number of combinations of supporting characters you can have, there’s a lot of depth available depending on your play style.

Trophy-wise, I don’t think it’s a difficult list, but from what I’ve seen, this game could take a lot of time to Platinum. Many trophies are related to specific endings or paths you have to choose, so you’ll have to navigate carefully in order to get them all and not end up choosing a path that gets you to an ending you already got. 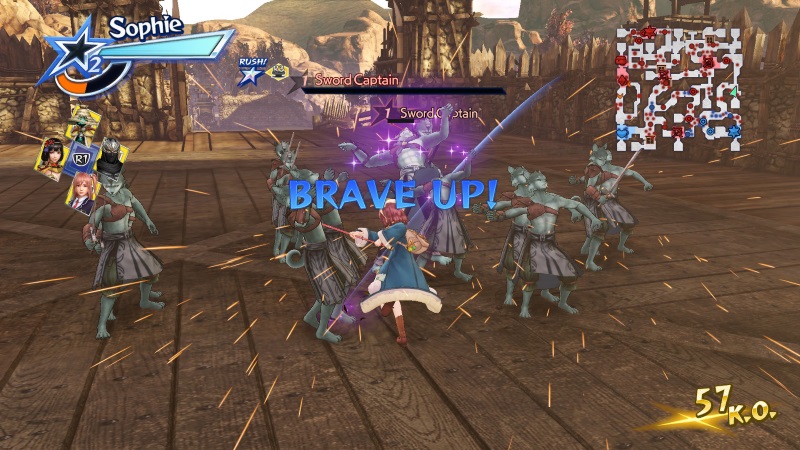 Final Thoughts
Crossover titles like this are always risky bets. A lot of times it ends up as a fan service game for people from any of the universes in the mix, an average game or just as a bad game that makes no sense, trying too hard to join everything together. Fortunately for us, Omega Force have done a good job with Warriors All-Stars. People that haven’t played many of these franchises (like me!) can still enjoy the game, and fans of any of the series from which the characters are taken can have a great tie battling hundreds of enemies at once.

Disclaimer
This Warriors All-Stars review is based on a PlayStation 4 copy provided by KOEI TECMO America.