Pocketwatch Games have released what they call a “popcorn RTS” in Tooth and Tail, a game that has the ambition to make real-time strategy games playable with a controller. Did they succeed? Read our Tooth and Tail review to find out!

The game takes place in a world where all animals eat meat (except pigs), and where a lottery system was put in place to decide who gets to eat and, well, who gets eaten. That was until Bellafide, one of the four commanders you’ll get to control, started a revolution because his son was taken from him to become food for others. With this, you end up in a world that’s all about politics, revolution, and plots to change the way things are working.

People who’ve played an RTS before have probably played it on PC. Why? Because it’s the kind of game that’s best controlled with a mouse and keyboard since it involves a lot of unit management that makes it hard to handle with a controller. Sure, there were a couple of Command & Conquer games on the original PlayStation, and even Starcraft on the N64, but none of them really nailed the control scheme.


The first thing to know is that you are always controlling your faction’s leader, your “hero,” around the map. Instead of having all the units available for you to build, only a select few will be available in each mission, thus eliminating all the management you find in traditional RTS for buildings, upgrades, etc. With your hero in hand, what you can do is basically build farms around windmills (that you can discover on the map or take from your enemies), and build the “buildings” that will auto-produce their corresponding unit types, all with a flick of your right thumbstick to switch between the different units you want to produce.

And once you’ve got your army and are ready for action, you just rally them to you while you move around with the R2 button and they’ll all follow (and attack if necessary). Or, if you prefer to send only a specific unit type, you can then use the L2 button will do the same but only for the type of unit that you currently have selected. 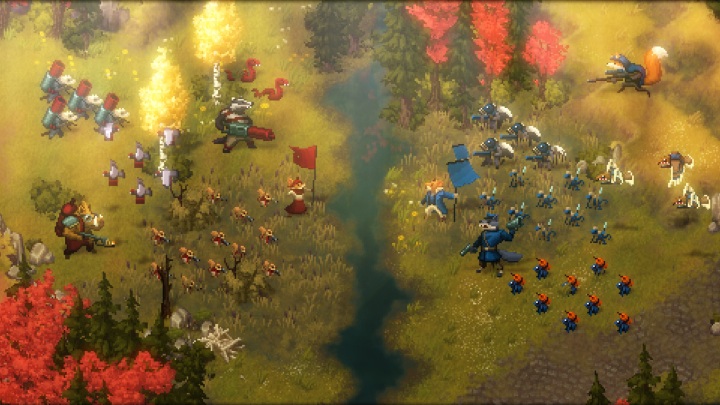 It’s pretty easy to get going with the gameplay mechanics, making this a game with missions that generally lasts around 10 minutes, which is great for a console RTS. There is also a multiplayer mode that allows you to skirmish against other players, either split screen or online. There, you’ll choose a maximum of six unit types that you’ll be able to use, so it’s still the same easy management you find in the single-player portion of the game.

The visuals of the game are presented in an isometric point of view, with some slightly pixelated rendering for the units and maps. While that kind of look might not be as polished as the remaster of the original Starcraft (only on PC!), it still looks good, and the characters are detailed enough to know what kind of animal you’re looking at when playing. It’s how the studio wanted to present the game to us, and I have to say I like what they delivered.


Being a fan of RTS games, I was pretty skeptical on how this would play with a controller. I honestly didn’t expect this, but it turned out to be a great experience! I think this should be the standard fro how an RTS game is played with a controller. It’s easy to pick up, with the complexity downsized just enough to be fun and challenging! The story is also solid enough to keep you going to find out how the crisis will end for them all. 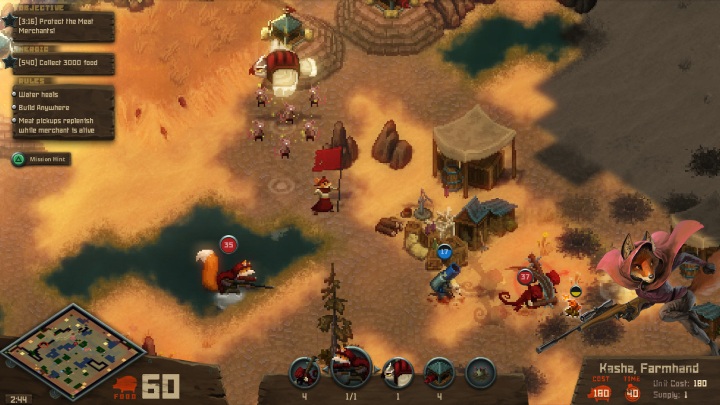 As for the trophies though, that might prove to be a good challenge. There are a couple of trophies given for completing certain missions, but then there are Heroic Objectives in each mission, that all grant a trophy upon completion. That’s the first part of the challenge for the Platinum, as some later objectives will require great skills and more hands-on management. And then, comes the multiplayer. There are a lot of trophies for multiplayer (eight in total!), all in ranked matches, leading you to the final one that requires you to win 100 ranked matches total. I love the game and the RTS genre in general, but I’m far from being extremely good at it, so that’s where it’ll lose me and probably a some other players. 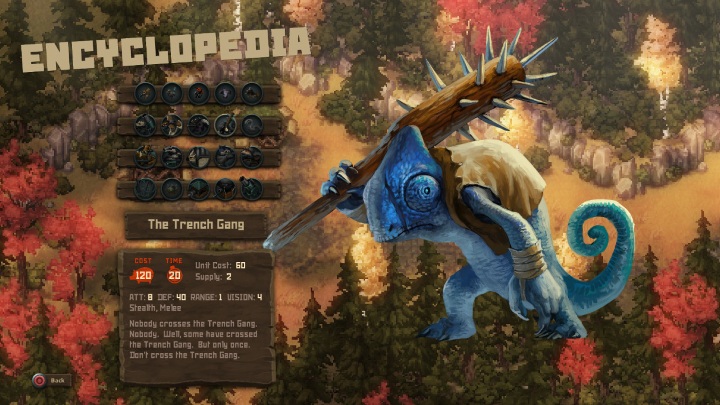 In the end, Pocketwatch Games have done something that I didn’t think was possible: release a real-time strategy that’s enjoyable with a controller. Tooth and Tail deserves your attention if you’re a fan of the genre, and it’s campaign will give you a solid 8-10 hours of gameplay, not to mention the many hours of fun you can end up having in multiplayer.

Disclaimer
This Tooth and Tail review is based on a PlayStation 4 copy provided by Pocketwatch Games.