Welcome to Thimbleweed Park. Population 81. Oh, wait, population… 80. A body was found along the river, and two FBI agents, Ray and Reyes, are dispatched to investigate and find the murderer. This sets the starting point of this adventure, and as you uncover the mysteries surrounding [I’m not spoiling who’s] death, you’ll get to meet and control more characters: Ransome, a cursed clown who can’t remove his makeup, Delores, a computer programmer that wants to make video games, and Franklin, a ghost.

While playing, you’ll be able to switch between those characters at any time, in order to take the necessary actions to be able to solve the puzzles and move forward on your adventure. The best part is that all of this is done in a classic 1987-ish point-and-click adventure game style! You first choose one of the actions that are available at the bottom of the screen (“Pick up”, “Use”, “Give”, to name a few), then an object that’s either in your inventory or in the scene, and potentially another object depending on the action. For example, at some point, you will “Use” the “Blood Report” on “ArrestTron 3000” – this is both a nice throwback to early graphic adventures and a nice change to what we’re used to with modern adventures. 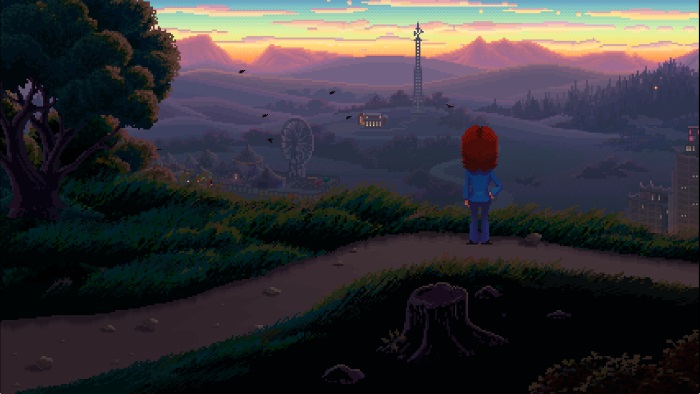 Now you’re probably wondering, with five characters, nine possible actions, and a lot of objects, how’s the puzzle solving? The answer is: challenging. The map includes several locations with many points of interest, and there are a lot of times where you have to do something with one character that will trigger something for another of your characters to be able to proceed. For example, at one point you’ll be using character ‘A’ to find a phone number, then switch to character ‘B’ to call that number, then switch back to ‘A’ to be able to pick up something while the person on the phone is distracted. That’s just one example of how things can go. There is a casual difficulty that has fewer puzzles, but if you want the full experience, you’ll have to play the game on hard.

The gameplay is not the only thing in this game that’s done in 1987-style since the visuals are just as pixelated and beautiful as they were in Maniac Mansion, and then some. So for those of you who played the game way back in the day, you’re definitely in for a treat since you’re going to love what Thimbleweed Park is doing! 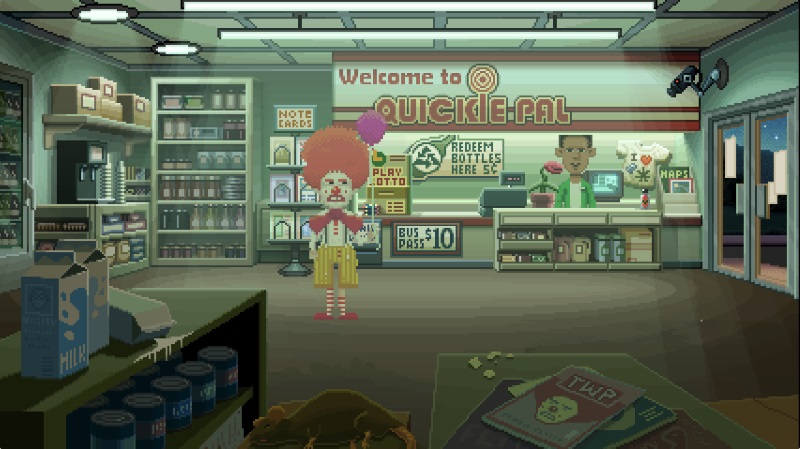 Did I have fun with the game or am I just being nostalgic about what it represents? Luckily for me, the answer is both! At first, I didn’t even know what the story would be about, but knowing that the game was from the guys that were there in the early days of Lucasfilm Games (then LucasArts), I was already convinced. The hype was strong, but I do believe the team delivered. The game is challenging, has a nice story with a ton of mysteries to solve, lots of humor, and offers a lengthy adventure. Some people might not like the art style of the game, but I think it’s something that fits very well in the story they created since it’s actually happening in 1987 in the game. 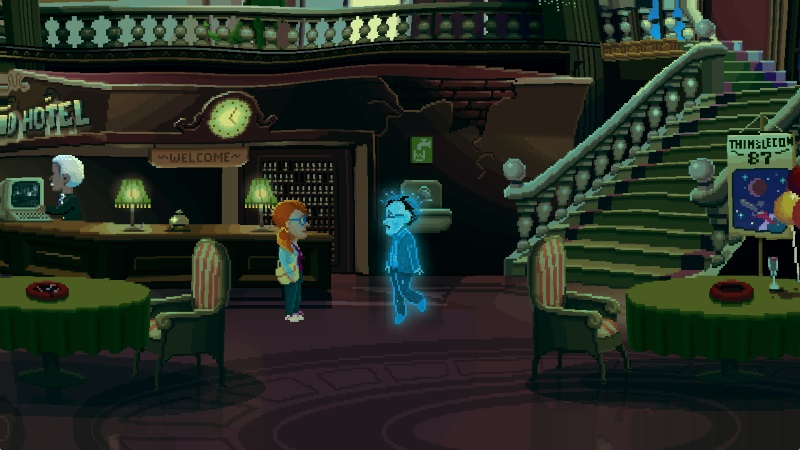 Trophies weren’t a thing back in 1987, right? Of course not! But they’re here today, and the shiny Platinum is not too difficult to obtain if you don’t mind playing the game twice since you have to complete it on both difficulties. There are a couple of things to notice before starting your game if you don’t want to do a third run for clean-up, so do keep that in mind. The only thing I didn’t really like in the trophy set was the grinding trophies.
For example, one of them asks that you read 100 books in the library or listen to 100 voicemails. They didn’t add anything to the game, it was just a matter of getting the job done – but it is great for Kickstarter backers since the voicemails were part of the reward tiers. 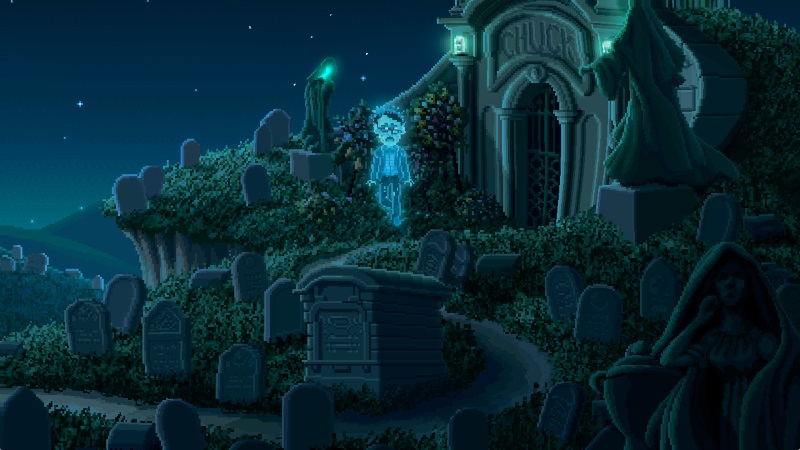 Final Thoughts
If you like point and click games, you’re in for a really good time with this game, even more so if you’re a fan of Maniac Mansion! Ron Gilbert and Gary Winnick have worked on quite a lot of great games in the past, and Thimbleweed Park is a worthy addition to their lists. I hope we don’t have to wait too long for their nexst game! 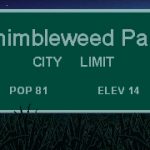 Disclaimer
This Thimbleweek Park review is based on a PlayStation 4 copy provided by Terrible Toybox.

PlayStation Plus For September- PS4 Edition