We’re currently playing Comet Crash 2: The Kronkoid War so we got in touch with Pelfast to talk about the game’s development abd PS4 release.

We’re Jennifer Pourchot and John Bates, the two-member team at Pelfast and creator of the PS4 exclusive hybrid RTS title, Comet Crash 2: The Kronkoid Wars. It is our mission to show people how Comet Crash 2 delivers a fantastic strategy experience for offline and online competition. If you want real strategy, play against another human! 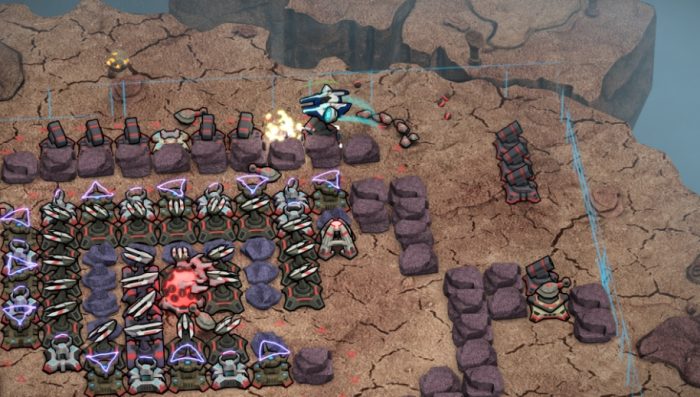 Comet Crash 2: The Kronkoid Wars is now available on PlayStation 4. What can you tell us about the game?

Comet Crash 2 is an RTS at heart with tower defense elements, designed for social interaction and competition. This is a game where you can hop online and find other players that have tactics and maneuvers that you have never seen even if you are a seasoned player. The night we launched Comet Crash 2, we jumped in a few online 1v1 Battles and were blown away by the talent that we were already seeing. We hope that the online community continues to grow and become more competitive. We envision amazing strategists livestreaming as they compete for dominance against each other in online Battles.

Comet Crash 2 has three competitive modes: 1v1, 2v2, and Free For All with up to 4 players. Comet Crash 2 has a lobby system that matches up online competitors with players that are at similar levels. We want the competitions to be challenging but not overwhelming. You can also invite friends for a friendly battle if you feel like honing your skills without pressure.

The single player Campaign mode has 54 unique levels that build in complexity with local and online co-op for up to three players. While you fight an onslaught of varying enemies with different abilities you also get to fight back with your own units that you create. You can take down enemy weapons and use creative tactics to invade the enemy base.

The gameplay is dynamic so there are many different ways to win. You have the ability to destroy enemy weapons and change the path of enemy units (and your own) leading to an adventure in creativity and strategy. Beat the level in the least amount of time to claim your place at the top of the leaderboards. You can play co-operatively, locally, or online with up to three friends. 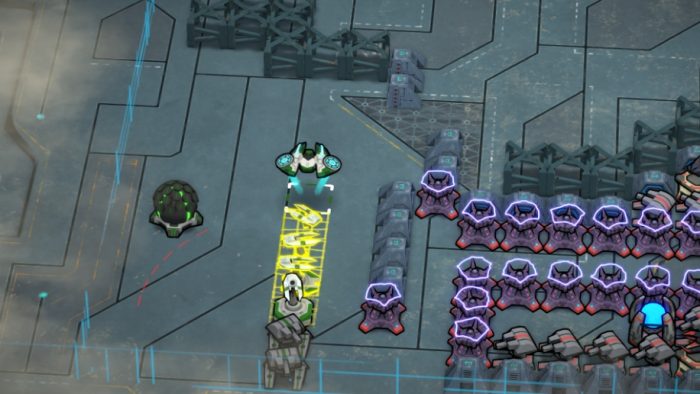 It’s been a while since the first Comet Crash released! How long has the team been working on developing this sequel? What changed between the initial design docs and the final version we get to play on PS4?

Comet Crash 2 has been in the works for two years!.

If there was ever a time for a game where you can play strategically head-to-head with talented players online, it is now. We had many requests for online multiplayer from day one of the release of the award-winning original. We believe that online play in Comet Crash 2 really completes the experience!

The initial design was to create a great campaign, add online multiplayer, and tweak the art style. The Kronkoid bosses and Zoids were spontaneous additions to the gameplay experience about halfway through the production of Comet Crash 2.

Zoids are purple orbs that can be carried in your ship, and, when applied, enable players to supercharge weapons and speed up unit production.

The Kronkoid appears on various levels. It is a boss that when defeated releases 10 Zoids and gives the player a new Zoid slot. Zoids can be carried between Campaign levels using your ship’s Zoid slots. If used correctly Zoids can really help you through tricky situations and decrease your timed score. The addition of Zoids adds to the replayability of the Comet Crash 2 Campaign and are great to use in emergency situations. Zoids are also available in the Battle arena in the dark purple rocks. Try not to fight over them!

Is the team working on any DLC for the game to be available either as free updates or paid content?

Our plan is to release Battle maps for free, eventually with community input. A DLC beyond this is possible if we receive enough interest, so head to the official Comet Crash Facebook page and share your thoughts! 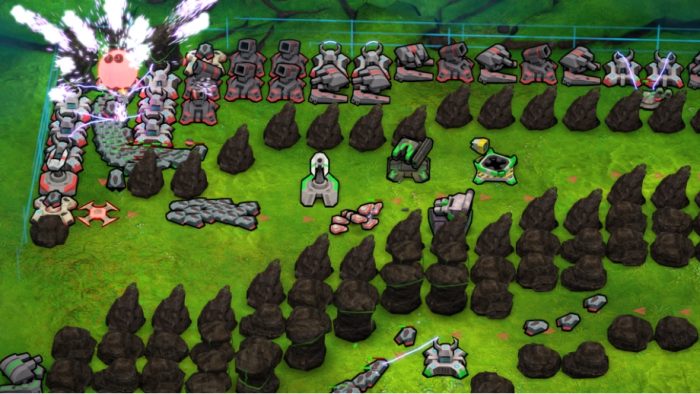 Anything else you want to add before we go?

Starting August 15th, check out Comet Crash 2: The Kronkoid Wars via our featured banner in the PlayStation Store! In addition, we’re hosting a double-XP weekend for online players within the Free For All arena from Friday, August 18th to Sunday, August 20th. Join the online community and compete for superiority on the leaderboards!