[PS4] Echoes of the Fey: The Fox’s Trail Review


The game is set in post-war Vodotsk where the relationship between humans and Leshin is shaky at best. The game is very story heavy, as is to be expected, but here’s a summary of things: You play as Sofya Rylov, a private investigator with a secret power that helps her to uncover the truth. She wants to find the truth behind the catastrophic wartime incident known as the Immolation, but she draws a blank on many of her memories – she may have blocked them out to forget the horrific events that took place. Her sidekick is a Leshin medic called Heremon, who offers some objectivity when she can’t see things clearly. Sofya is a reckless, hard drinking, do-now-think-later type of person, so Heremon and Sofya are obviously opposites. Despite that, they share a deep respect for one another. 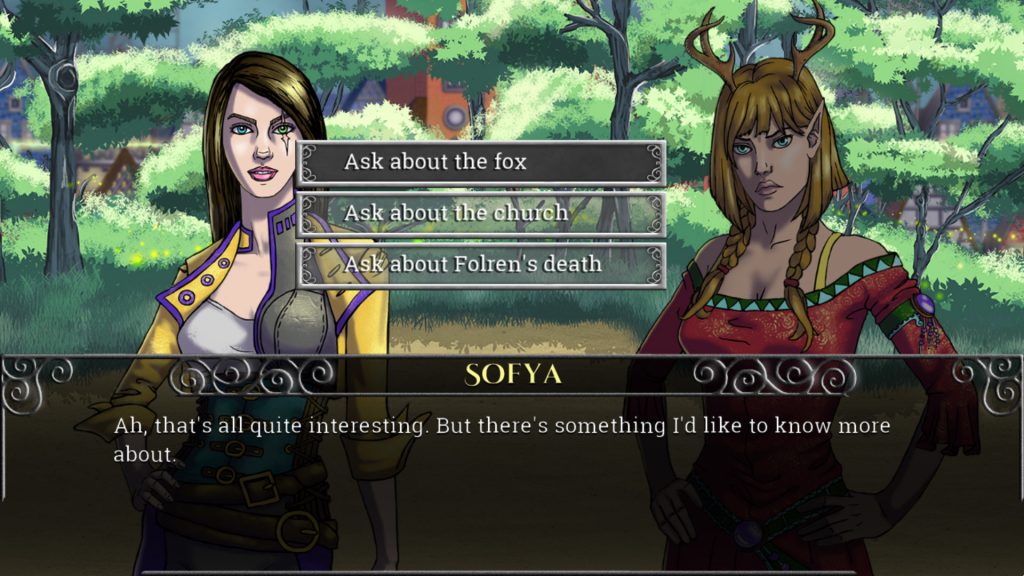 The gameplay involves reading massive walls of text, which is typical of a visual novel, and must make choices accordingly at specific points. Every decision you make has consequences, and since the core of the gameplay is to solve mysteries, the decisions you make will change the outcome. 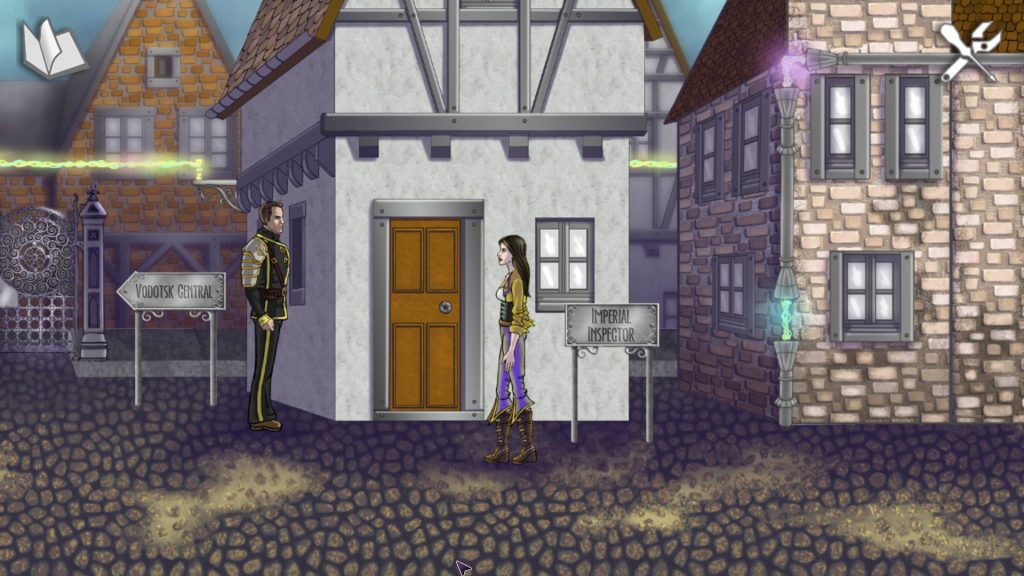 Echoes of the Fey: The Fox’s Trail allows you to explore Vodotsk in a 2D sidescrolling setting, with colorful backdrops that bring this world to life. A lot of attention to detail went into the game, and for me, it enhanced the experience. As you explore each area you’ll find clues in that classic point and click adventure game way, as well as talk to NPC who will give you a variety of side quests. You can even do some shopping on the side if you want to! 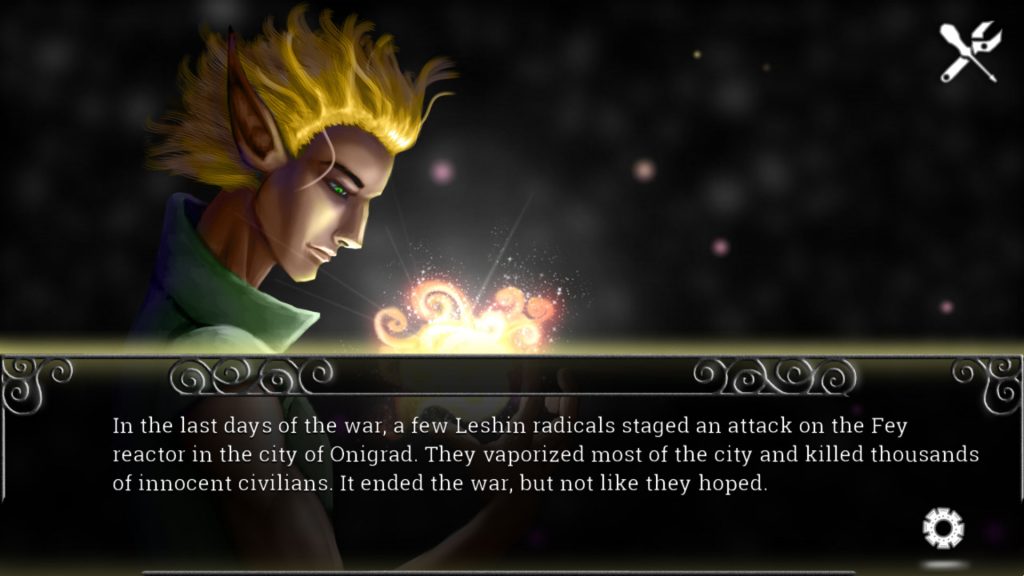 Despite being an indie title, this one features full voice acting, allowing the team to put a nice spin on how the story is presented to players. There’s even a nice song at the end once the credits roll, and I have to say it is a beautiful song presented by Sofya’s voice actress. The voice acting made the whole adventure better, so kudos to the team for going the extra mile. 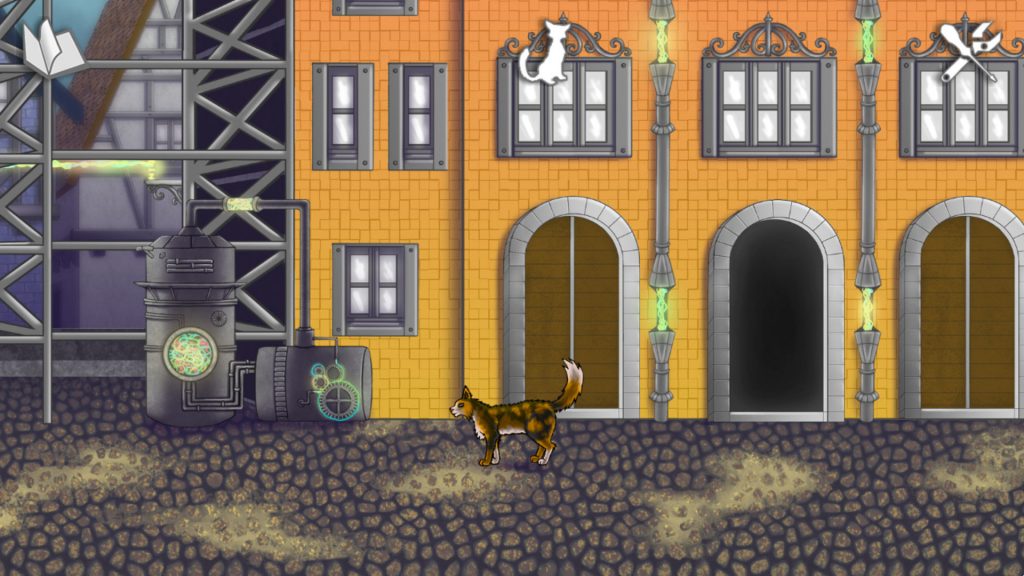 I enjoyed my time with Echoes of the Fey: The Fox’s Trail, and I look forward to seeing what the team does with subsequent episodes. The wait will probably longer to what we’re used to when playing episodic releases from, say, Telltale Games, but I’m sure the wait will be worth it in the end. If you’re a fan of visual novels and point and click adventure games, then Echoes of the Fey: The Fox’s Trail is one to check out.

Disclaimer
This Echoes of the Fey: The Fox’s Trail review is based on a PS4 copy provided by Woodsy Studio.

Echoes of the Fey: The Fox's TrailWoodsy Studio
0 comment
0
FacebookTwitterEmail

ARK: Survival Evolved Out On PS4 On August 29