ChromaGun is an FPS in which you change the colors of objects to reach the exit. It takes inspiration from Portal, but is it fun? Find out in our ChromaGun review!


This is a double review for ChromaGun. The game was played by the_nmac and Ceidz. This review presents what they both had to say.

As soon as ChromaGun started, I felt like I was playing Portal. ChromaGun takes heavy inspiration from it, both in the core gameplay mechanic, and the environments which definitively felt like the Aperture Science lab. A few minutes later, however, it’s clear that this game has its own identity.

Your objective is to “Chromarize” the walls or the different objects you find to change their colors. As you begin, you have access to three basic colors: blue, red and yellow. If a wall is yellow, it will attract the yellow objects, and the other colors have the same effect. Things become really interesting in the second chapter when you can mix the colors together to obtain even more colors. For example, mixing blue and yellow yields green, so of course, the room puzzles rely on this mechanic. If you add a base color to an object or a wall which already has a secondary, it’ll turn black, which is sometimes needed to progress. 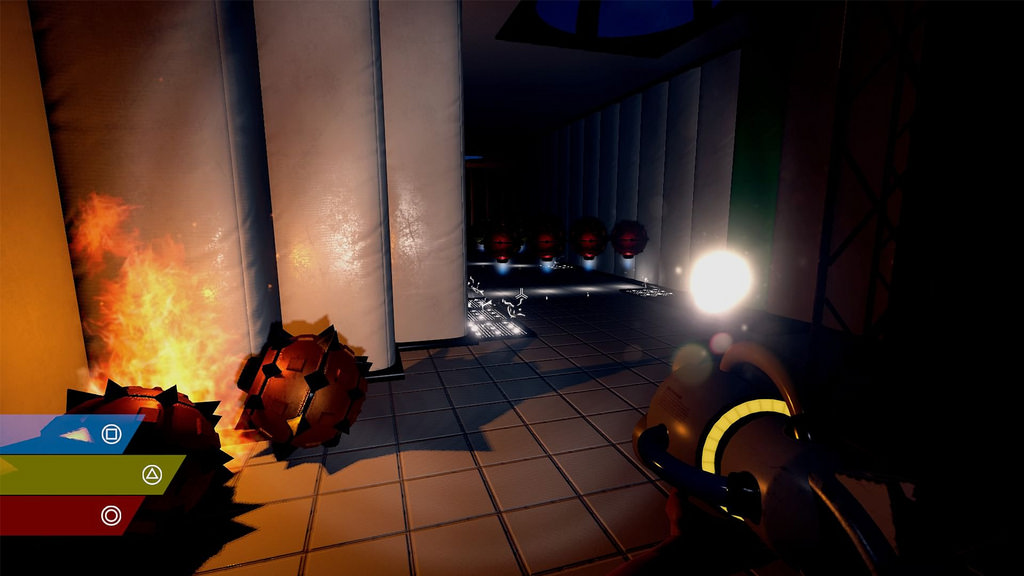 The puzzles aren’t explained directly, which made me enjoy having to discover how everything works without having to use a tutorial. The puzzles are intuitive enough that you likely won’t stay stuck for too long, and they feel very rewarding when you eventually figure them out.

About the game itself, I noticed that the loadings was minimal which made it easier to jump back into a room when you fail and have to start all over. There was some minor slowdonw during my time with the game, with the framerate not being particularly stable in a few of the rooms I visited, but it didn’t end up getting in the way of gameplay in a big way. 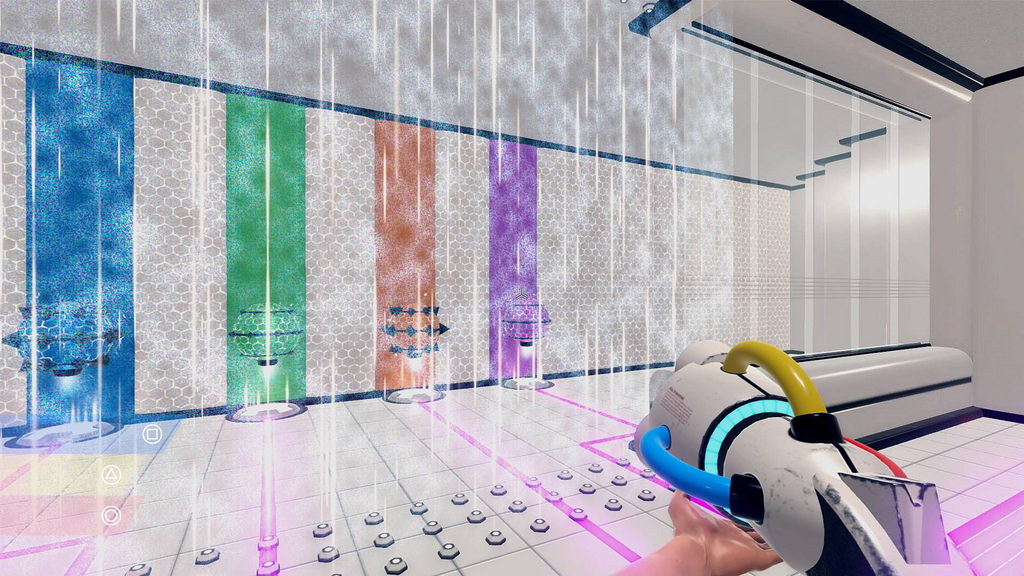 At the start, you walk into the ChromaTec offices and see a receptionist just sitting there. No, the receptionist won’t talk to you. For some reason, I decided to wander into the back and found a gun that shoots colors, which seemed like a good thing, except I was forced to go through several rooms as I tried to stay alive. The game certainly has a Portal vibe, but I do feel it is missing one key component: a great antagonist. Portal had GLADOS. ChromaGun has a gentleman who mostly talks to you when you die and are respawning – and no, it doesn’t have the same push.

One of the things I didn’t like about the game though was when I made a mistake. I often found that after making a mistake, and trust me, it will happen to you as well, you are forced to restart the level over again. This is not a problem for the shorter levels, but for larger levels or those that require very precise timing, it can end up getting a bit frustrating. 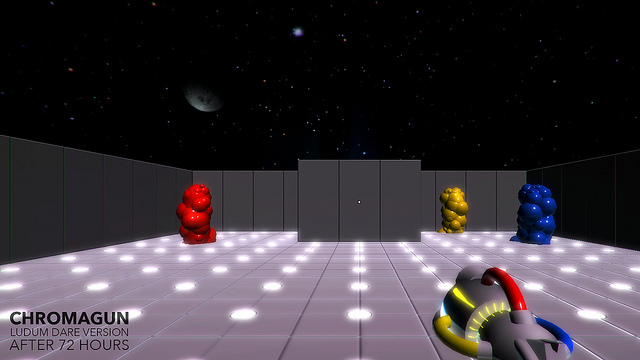 I don’t want to sound like I’m hating on the game, because I’m not. I actually enjoyed most of the puzzles as I made my way through the game, and I even ended up becoming the first player to unlock its Platinum trophy! ChromaGun does a good job when it shows you the gameplay mechanics so that you can find the right way to solve each puzzle. But there are a few puzzles that do stick out and which seem unfair due to how they’re setup.

Another thing I have to mention is the timed panels in the game. There are a few panels that reset back to white in a few seconds after being shot with paint, and these might get in the way of some of you as they have a short window of opportunity for you to use them to solve the puzzle at hand, but your mileage may vary.

As I said earlier, I did achieve the game’s Platinum trophy, and I have to say that most of the trophies for ChromaGun are easy to obtain during your first run of the game. I only had to go back for one trophy after I finished the game, and thanks to a solid system that allows you to pick any floor to start your run, trophy cleanup is very easy. 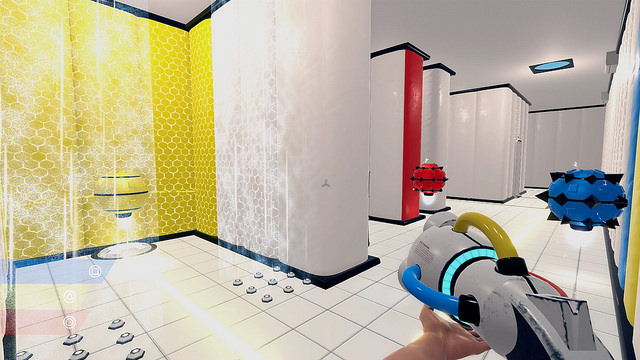 We enjoyed our time with the game thanks to its interesting premise and its colorful puzzles, but do feel that at times it is a bit harsh with players. You will be punished for your mistakes, so be ready for that! This is a solid first effort, and we look forward to seeing what the team can do with the premise if they get to work on a sequel.

Disclaimer
This ChromaGun review is based on PS4 copies provided by Pixel Maniacs.