Since Ark: Survival Evolved gets ready to leave early access on august 29, there is a new virtual reality game in the works based on the action-adventure title that takes all of the dino-focused gameplay and puts players in a theme park experience reminiscent of Jurassic Park, a franchise that is valued at over $3.6 billion at the moment. The game: Ark Park.

This one will feature creatures from the game, a plethora of monsters that include dodo birds, gorilla-like Megapithecus, and even dragons to name a few. In its 2016 reveal, Ark Park was said to be an educational experience as players would learn on their journey about creatures the creatures, but a new gameplay trailer shows that you might want to trade in the notebook and pen for a sword and shield as the gameplay can get quite intense.

This is, in large, likely because Jurassic Park is never just the get-in-and-get-out experience that the creators strive for it to be. If you’ve seen the original movie, as well as the Chris Pratt starring reboot, you’ll know exactly how that tends to turn out – a lot of running, screaming and plenty of insane action shots. It’s in this familiar classic that Ark Park should aim to replicate a few of the heart-pulsing staples from the series. Here are a few of our favorite aspects of Micheal Crichton’s dinosaur dazzler that we hope make it into the experience that will be Ark Park. 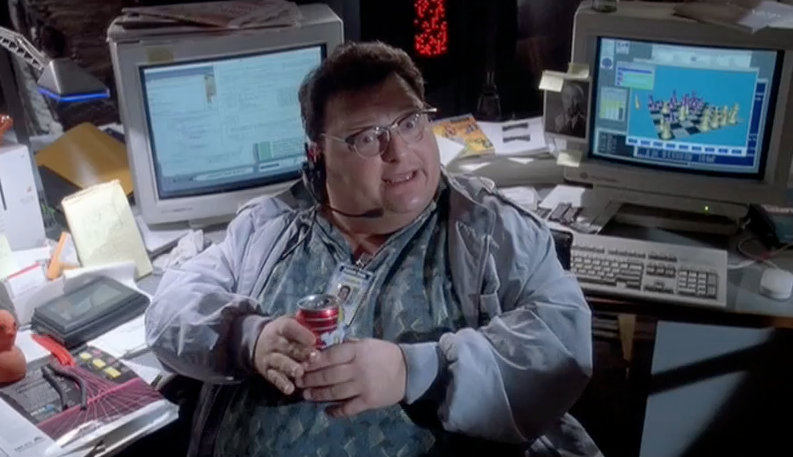 It isn’t difficult to tell that Seinfeld actor Wayne Knight was the comedic relief in Jurassic Park, and that the often tense movie benefitted from his addition. It only takes a quick look on the internet to find the dozens of memes stemming from the hacker character to see that his performance has been making people smile well after the movie’s release in 1993. It’s this same “cracking jokes during life-threatening moments” that Studio Wildcard should implement into its new virtual reality title. After all, if a game with a storyline as dark as Portal can pull off a healthy dose of comedy, why not a game about a theme park filled with monsters that can kill you at any step? Without it, the game will lack personality, and there’s nothing worse than a game that fails to keep you smiling. After all, if a game built around insult creation can be a lot of fun, imagine what a few well-placed one-liners could do for Ark Park. 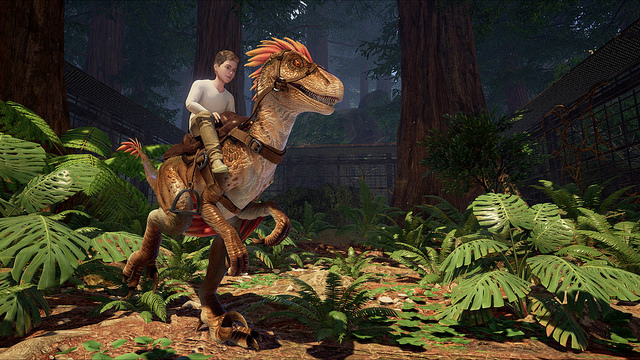 Get People Moving And Get Their Blood Pumping

Players will be able to ride the animals in the park, but if Jurassic Park has taught us anything, it’s that sometimes you need to run away. If nothing else, Jurassic Park video games have cropped up that have had players shooting, hitting and most importantly evading the scaly foes before they get the best of us. Even in a non-action game like the Jurassic World slot over at Betway, the reels are adorned with dinosaurs in action poses to get players feeling like they’re in the middle of one of the famous chase scenes. This isn’t surprising considering the casino site hosts games like Dragonz and Tarzan that also deal with adrenaline packed content. It’s in this same vein that Snail Games‘ Ark Park should put players at odds with the creatures around them. While they might be able to ride some monsters, maybe they have to use that ability to survive the bigger, scarier critters like T-Rexes and dragons. As long as a certain sense of unease is felt by the player, they will keep coming back for more much the same way gamers have been for years with titles like Silent Hill, Turok and the horror adventure series Five Nights at Freddy’s. 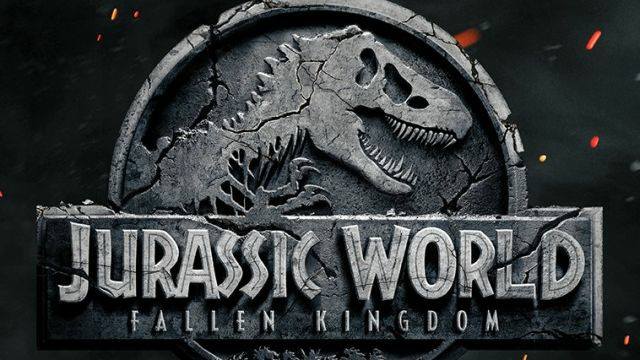 The Jurassic Park series has four installments, but with Ark Park, things can work a little bit differently. Instead of new games, why not just come out with DLC packs for the PS VR title? Each pack could give you access to new creatures similar to how an update in Overwatch might give players access to new combatants or the new Nioh DLC is getting more storyline gameplay. When the time is right, and there’s a sufficient amount of content in the game, it might then be in the best interest to include a park creator mode where players can edit and release self-created exhibits to share with their friends. This would allow players an infinite number of possibilities and promote YouTube creator content, an attribute that many successful games implement within their design. This could then be a Little Big Planet of sorts, only with dinosaurs.

The main difference between Ark Park and Ark: Survival Evolved is the latter already had many people playing since its beta release in 2015 and has more than 28,000 players now. Because of this, the VR theme park experience will mainly appeal to VR enthusiasts and people already familiar with the original game. But if Ark Park plays its cards right and follows a couple of the cornerstones of dino watching set up by Jurassic Park, we could see the title rival the PS4 release. Until then, we’ll just have to wait and see what other sorts of teasers we get before the game’s release sometime in 2017.