Ultra Hyperball is a Nintendo Switch exclusive release where you are tasked with keeping a “ball” in play at all times without letting it touch the ground. Things kick-off with a tutorial for the basics of the game, which are very basic: jump with the B button to hit the ball to send it flying higher and higher. Hit it at the perfect time, and you’ll send it flying even further up. 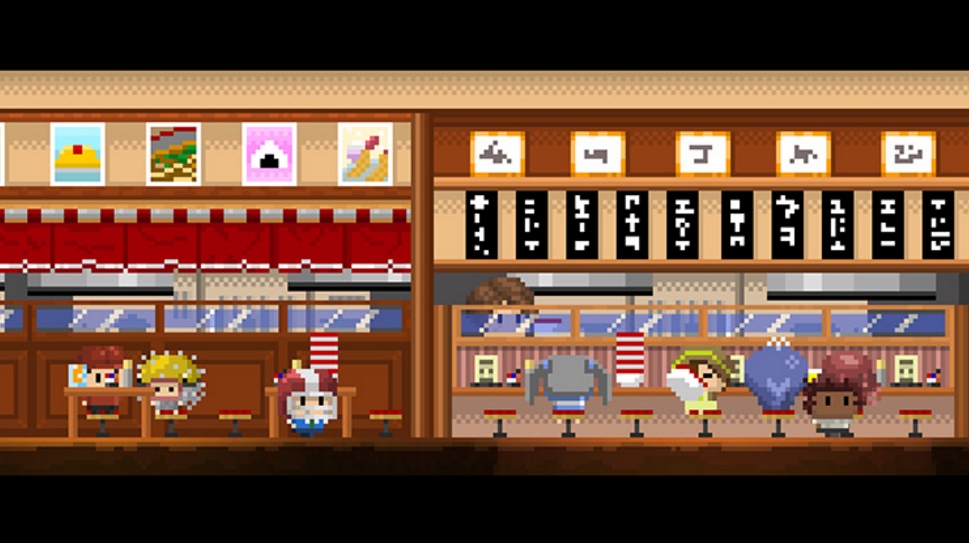 The game includes a Story Mode, a Co-Op Mode, and a Battle Mode. For Story Mode, you start your journey as someone who is working at his parents’ ramen shop, someone who is not happy with how his life has turned out. His dream is to join the Hyperball Federation, but he’s already 17 years old, which in Hyperball years is probably like being 30 or something. You play some Hyperball on the side, practicing at every chance you get. 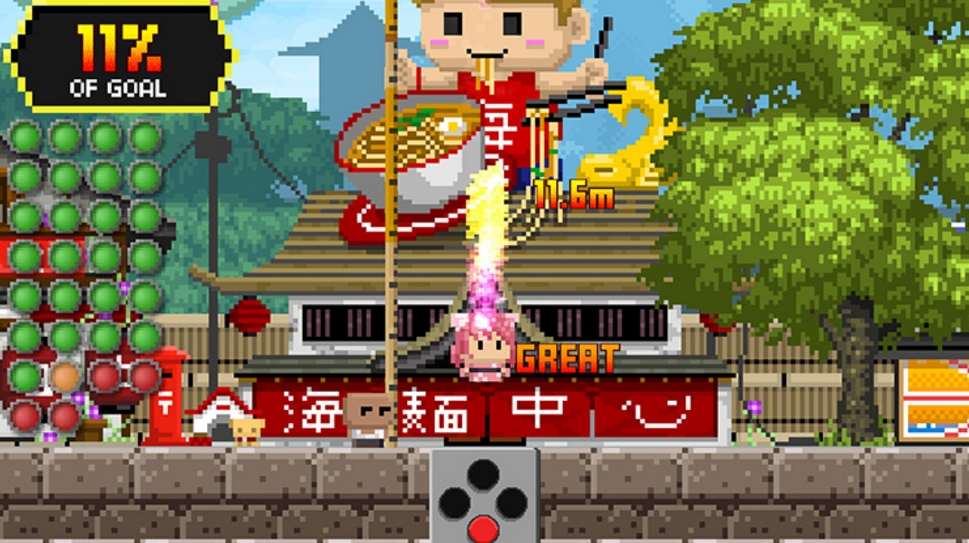 For each stage in the game, you’ll be given a goal and a chance to win a Bronze, Silver or Gold medal depending on how good you are. Bronze is the main type of medal you’ll be collecting as it is awarded for completing the main requirement for beating a stage. Silver and Gold demand that you get several perfect hits for every stage, with Gold pretty much requiring a perfect set of perfects. As you play, you’ll get to unlock new characters to play as which are merely a cosmetic change as all characters behave in the same way. 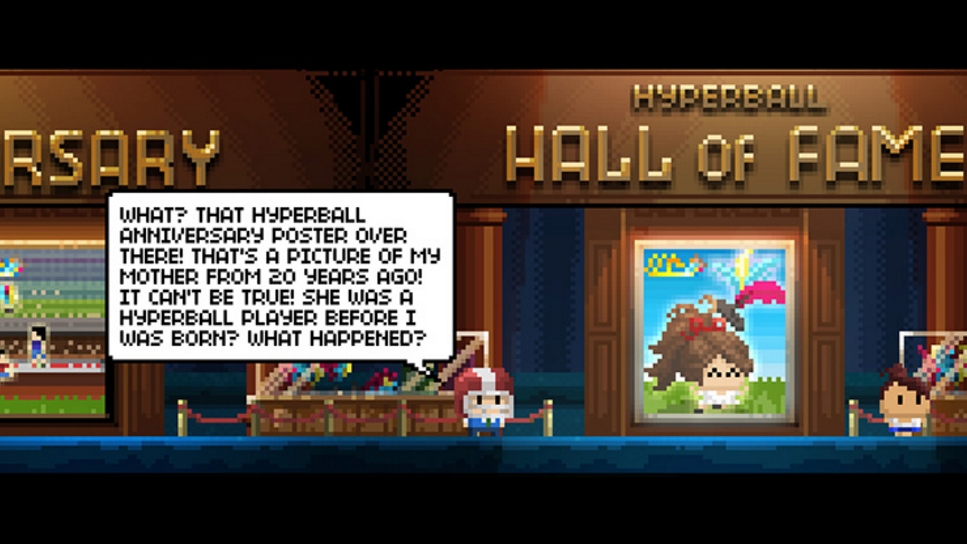 Will you be able to help the main character make his dream come true by showing the world he’s got what it takes to make it in the world of Hyperball? You’ll need to be careful and not get cocky, because as soon as you comfortable with “Press B button to jump,” you’ll be introduced to a new gameplay setting in which you’ll need to tap on a big arrow on the screen to make your character jump… right before a second character is added to the mix and you’re asked to juggle two balls at the same time as you try to survive until the timer reaches zero. And what will you do when another player enters the screen? And another one? And another one? You’ll run out of fingers or injure yourself if you’re not careful! 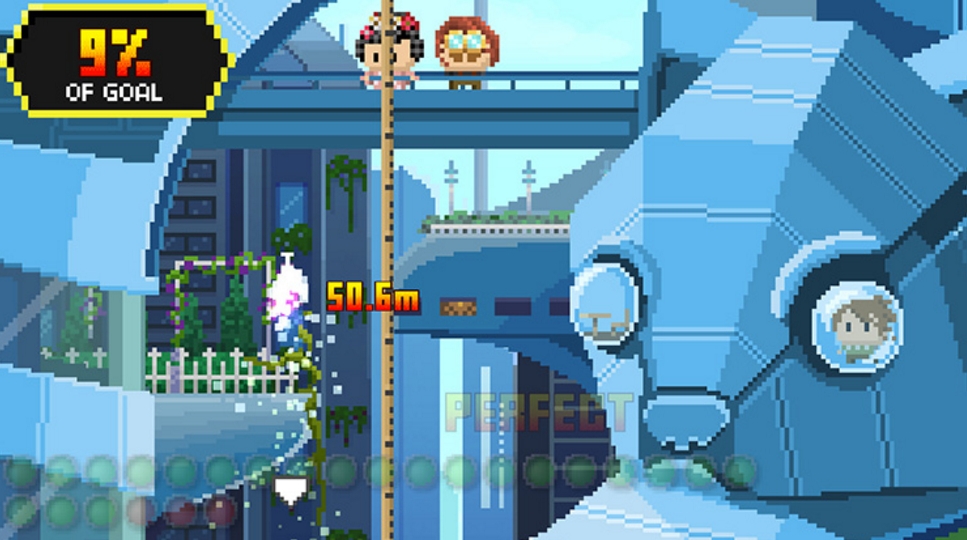 There are other control methods in the game that will unlock as you complete each set of stages, keeping the single player experience fresh. Each set of five levels will give you a new challenge to tackle with a new control scheme before you take on the final challenge in a large stadium where thousands will be rooting for you.

As for the multiplayer portion of the game, up to four players can take on either the co-op challenges in which all work towards reaching a common goal, or in the battle mode where each player is out to try and become number one. Co-Op features 20 levels in total to complete while Battle Mode consisting of three different types of Vs. Battles: reaching the target height first, getting the target number of hits, getting the most points and a random set. 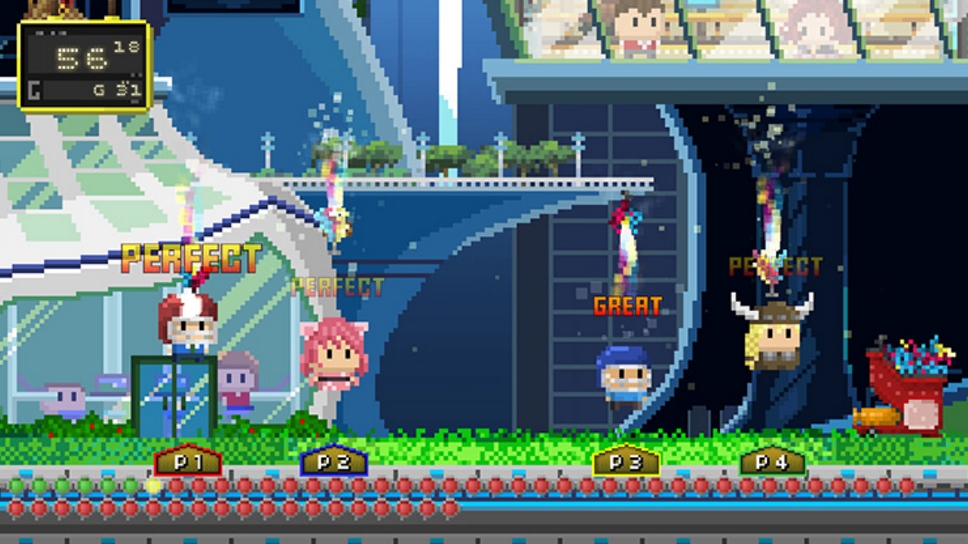 I liked Ultra Hyperball, but your mileage may vary. The single player campaign can be completed in a couple of hours at most if you’re trying to get silver or gold medals for all stages, but the Co-Op and Battle modes greatly increase the game’s replay value. If you have 1-3 friends to join in on the activities, the mayhem that will follow will more than make this a good option for your collection. But if you don’t like the repetitive nature of the game, then you certainly won’t enjoy its dozens of stages.

Disclaimer
This Ultra Hyperball review is based on a Nintendo Switch code provided by Springloaded.