Marvel's Guardians Of The GalaxyPS4Review Revisited
No Comments 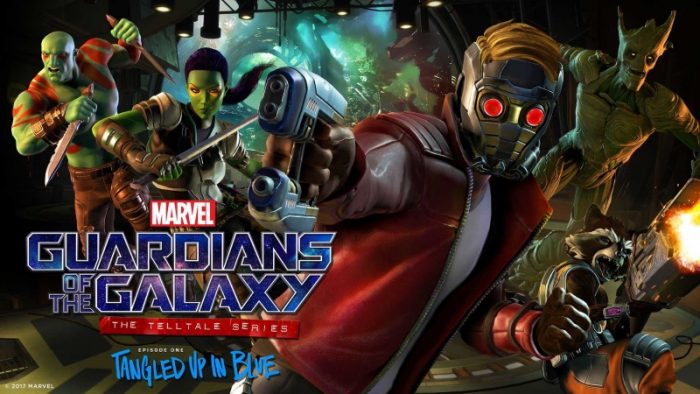 Guardians of the Galaxy is a now a great movie franchise with two solid movies out there (and rumors of a third one on the way), based on the Marvel property of the same name. As a fan of the movies, the Marvel Cinematic Universe, and of releases from Telltale Games, I was wondering how the studio’s episodic take on the series fared in comparison to their other series. Read our Marvel’s Guardians of the Galaxy: The Telltale Series review to learn more!


As soon as the first episode started, I felt at home with the opening menu and the musical theme from Electric Light Orchestra, accompanied by a slow motion presentation of the Guardians.

The first episode starts with a bang by taking us really far into the MCU timeline with an event that I won’t spoil here, and things go downhill for the group from that point and on. The first two released episodes are already action packed, and as is often the case with Telltale releases, I can’t wait for the third episode to release and see how the events will unfold.

All in all, Telltale Games’ take on the Guardians of the Galaxy is going in a great direction, and I’m hooked for the rest of the season. The graphics are what you’d expect from the in-house Telltale Games engine, and the soundtrack is stellar so far – definitely one of the best things about the series, doing it right like the movies. I highly recommend this game to Marvel or Telltale games fans!

Extended Look At Matterfall From Housemarque