Romance of the Three Kingdoms XIII is a big and complex release for hardcore gamers. If you’re great at strategy games and resource management, then you’re on your way to enjoying the latest release in the long running beloved series. As you’re probably aware by now, this series is based on historical events from China – unlike the Nobunaga’s Ambition series which is based on events in Japanese history.

The story revolves around the corrupt government of the time, known as the Han, whose popularity had eroded with time which allowed a small army to rise to overthrow the government. This army was known as the Yellow Turbans, who may sound like a bunch of heroes, but in reality, the Yellow Turbans were really bad in China. Other factions joined the uprising, and eventually, there was a three-way campaign, hence the title Romance of the Three Kingdoms. You will, therefore, play the stories of three warring factions that fractured China, fighting for a very long time.

The first hurdles you’ll probably need to overcome are what seem to be endless menus with a ton of options for you. It is why this is not a game for casual gamers since they will probably feel overwhelmed by a lot of things one needs to know to make sense of a game like Romance of the Three Kingdoms XIII. Just to give you an idea of how good you need to be at strategy games and how much patience you must have, the game’s sorta “tutorial,” which is called “Hero Mode” is a mix of a tutorial and a bunch of challenges to test if you’ve actually learned what the game is trying to teach you. How long will it take you to complete Hero Mode? Roughly 10+ hours long. Yes, that pretty much means the tutorial requires that you play more than 10 hours before you can even manage to understand how everything works so that you can survive in the main campaign mode.

The game will walk you through menus and how to develop relationships with leaders of other cities and towns, as well as how to develop a town, build an army, how to use diplomacy effectively or sabotage your rivals. A lot of the gameplay will involve being good at politics. There is a lot of resource management, as is to be expected of a game of this nature. And let’s not forget about issuing commands to your army!

Fortunately, you can pause the game and issue your commands then carry on to let time flow. This can be quite helpful and will allow you to really think about your decisions. Without Hero Mode I think the game would be far too overwhelming, so I would advise playing through Hero Mode from start to finish and focus on understanding the game. At first, even on Hero Mode, you will things don’t go your way. Just remember to take notes and carefully read everything the game throws at you so that you can improve your skills.

Romance of the Three Kingdoms places a big focus on management over combat, so you’ll spend a large chunk of your game time building a decent economy, overseeing and commanding your towns and cities. The army creation part of the equation is only a small portion of the game. If you want to succeed you’ll need to recruit leaders to do your bidding and help you to increase your power and reach.

As for the combat itself, when rivals of opposing cities meet you fight it out by issuing commands to each soldier to maximize your attack and defense potential. Sometimes you will have to defend your land from foolish invaders, while other times you’ll be the one trying to expand your territory. If your army is not properly prepared, you will feel the burn in the battlefield.

Going back to the management part of the game, the three most important things you need to improve for your cities is Commerce, Culture, and Farming. You need to make sure your citizens aren’t hungry, that they are entertained and that you have trade routes established to make the most of your resources during each passing year. That means you’ll need to employ people since your economy won’t grow if you don’t employ the right people for each job. You’ll then need to balance how much you pay your workers so that you don’t go broke as you try to keep them happy so that they work harder and don’t revolt.

There are also some nice touches to the game like the duels mini-game and the debates you can take part of. There is a lot on offer and a ton to learn from the main game, but if you’re a fan of the series, then you’re going to love Romance of the Three Kingdoms XIII. I am greatly enjoying my time with the game, so I can easily recommend it. And if you like the main game, then check soon for my review for the available DLC: the Fame and Strategy Expansion Pack! 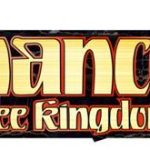 Disclaimer
This Romance of the Three Kingdoms XIII review is based on a PS4 copy provided by KOEI TECMO America.