Ready At Dawn, the talented team behind the great The Order 1886 on PS4, have released Deformers for Sony’s home console. This one can best be described as an online multiplayer arena brawler – that does mean there is no solo campaign. Want to learn more? Then read our Deformers review!

Deformers is a cute and very colorful physics-based online multiplayer game. The blue round squishy blobs are known as Forms. You can roll around, pick up objects or even other Forms, as you shoot, bump and roll around at high speeds.

The game features two main modes: Deatmatch and Team Deathmatch modes. Both are similar, except that in Team Deathmatch you have two teams. You can press L1 to place dummies instead of actual players, in case there aren’t enough players ready to take on a new match.

The aim is to kill the other Forms by any means necessary. You can bump them off the arena, or use a variety of power-ups to make short work of them, with things such as Rampage and Cloak, the last one rendering you completely invisible to your enemies. Each round lasts a few minutes, but during that time you can certainly rack up a considerable number of kills! 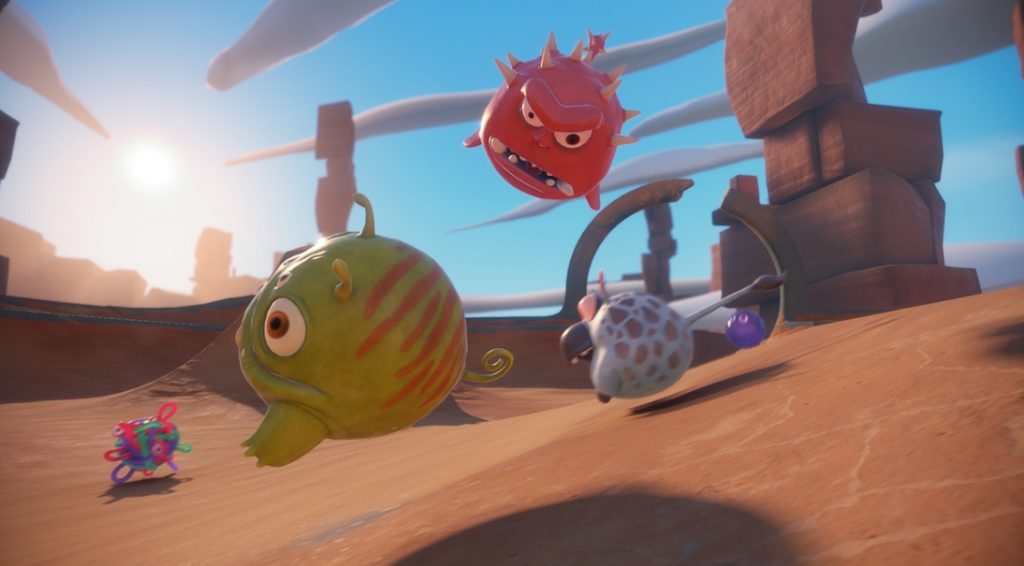 And then, you have Form Ball which is like soccer. The aim of this mode is to score as many goals as possible, and whoever scores the most goals wins the match. It’s definitely a fun mode and a nice change of pace from the other Deathmatch-focused modes in Deformers.

The odd thing is that after playing the game for several days, either something is wrong with matchmaking or not many people are playing the game right now. Sure, there was a free weekend where everyone could play the game, and it did help to boost the number of matches, but once that was over, finding a match became a bit tricky.

This being an online-only release, that does mean that a Platinum run could take a while since you’d need to play 100+ matches to even get close to unlocking all trophies in the game. So if you’re up for it, be ready to spend a considerable amount of time waiting for a match or two! While playing with dummies can help you with a portion of the trophies, you will need to do some proper online matches for things such as the assist trophies in the Form Ball mode.

Luckily the game is cross-play with the PC version, so if all goes well, the number of online players should continue to grow more and more with each week. Oh, and the game also features local split-screen so that you and a friend can play, so there’s that. You’ll also unlock a trophy for your trouble, so do give a splitscreen match or two a try! 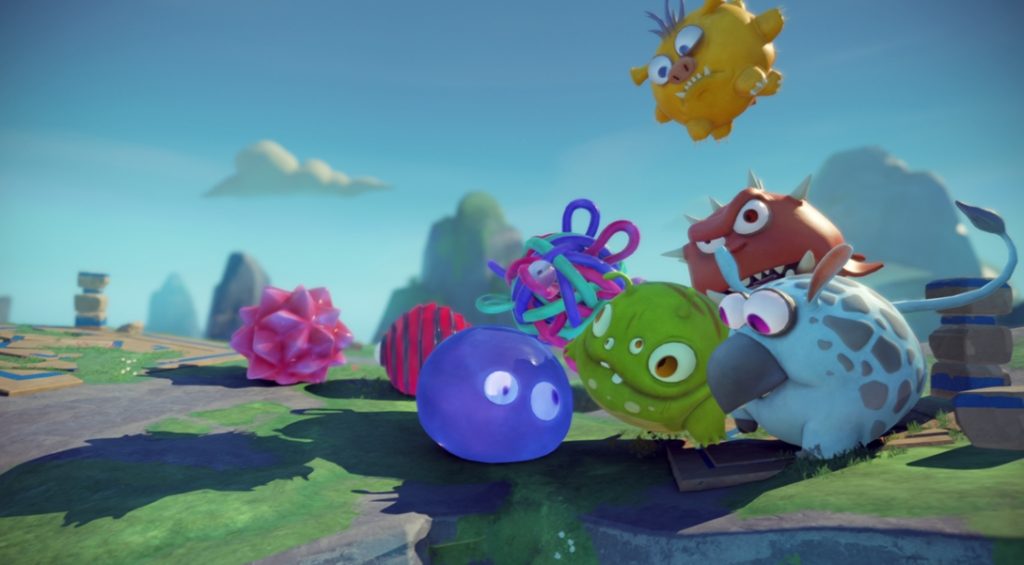 Deformers also features a workshop mode where you can customize your Forms, turning them into cute furry animals like a hamster, or put a cap or a pair of sunglasses on them for that too cool for school look. There is a good amount of customization on offer, but you’ll need to earn some of the in-game money to be able to play around with the customization options.

Overall, Deformers is a fun and cute release that could use a considerable boost to its online community to get things going. It’s a great online party game with a lot to offer, so hopefully Ready At Dawn keeps working on this one as they patch in additional content here and there. There’s a solid foundation here that would greatly benefit from a larger pool of players.

Disclaimer
This Deformrrs review is based on a PS4 copy provided by Ready At Dawn.

The Long Reach Making Its Way To PS4