As someone relatively new to the PS VR scene, I was looking forward to playing the Unearthing Mars “experience.” Will it be out of this world or space junk? Read our Unearthing Mars review to find out!


You’re part of a space expedition team investigating the secrets of Mars. You take the role of the Co-pilot, a member of the retrieval team sent to recover bits of the mysterious Phobos satellite believed to hold clues to an ancient civilization on Mars…

You start in a room with a central console with a floating interactive Martian globe. From here, you can spin it round and choose chapters of the story. Looking around the room, you’ll find that it’s nicely laid out. Turning around to look behind you gives you a nice view of some of the space station and a great view of the planet. At this point, you start to think: “Well, this is going to be interesting.”

Clicking the first level button takes you into “Experience Mode” where you’re sent back to the same room but with two characters: Commander Catherine, a blonde wooden character that seems to make me lose interest immediately in what she has to say, and Simpson, another very boringly voiced character that seems to be there to give Commander Catherine a boost of confidence. The lip syncing is poor, and I found myself beating the orbiting moons on the central console image about to see if I could get them to fly through the commander’s head when coming back into orbit. 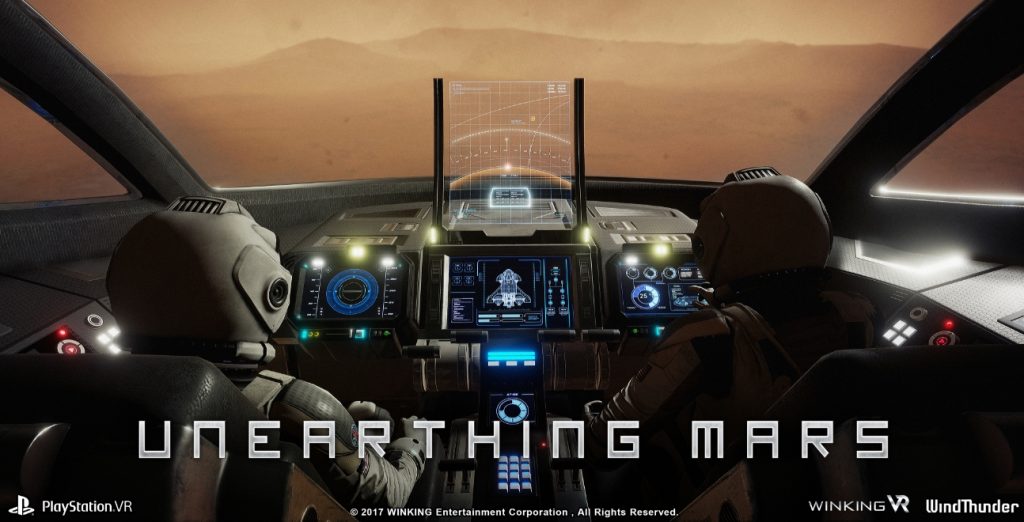 The next chapter puts you in a shuttle that is heading down to Mars to meet up with Charlie, a very robotic sounding robot- I found this part quite entertaining as you get to fiddle arund with buttons and, on the odd occasion that you need to do something for the mission, you’re always pointed in the right direction. I found on the right-hand side of the console a “radio” that played three or so different tunes of varying drum and bass beats – this made the tedious trip a bit more bearable so that I didn’t have to Catherine droning on with her emotionless voice.

After a few minutes, the next chapter loading screen comes into play. Once I was thrown into the Martian atmosphere, all manner of issues arise due to “Dust Devils” – the commander goes on and on about these for some time (all the time I tried to ignore her whilst dancing to the D&B on the radio). After a really long sequence of events and some incredibly poor parking on the commander’s behalf, we land on Mars! “Yay,” I think. “Time to go explore and have a walk around.”

After some fumbling around for a door switch, we go outside to await the rescue team with Charlie 3, the non-enigmatic robot. You move around by teleporting to set locations. The amusing thing is that when you press the button to teleport is sends out a location stream that just looks like you’re in the woods and got caught short (blokes only). I am not a fan of the teleport mechanic and think the whole experience would be loads better if there were some sort of free roam. 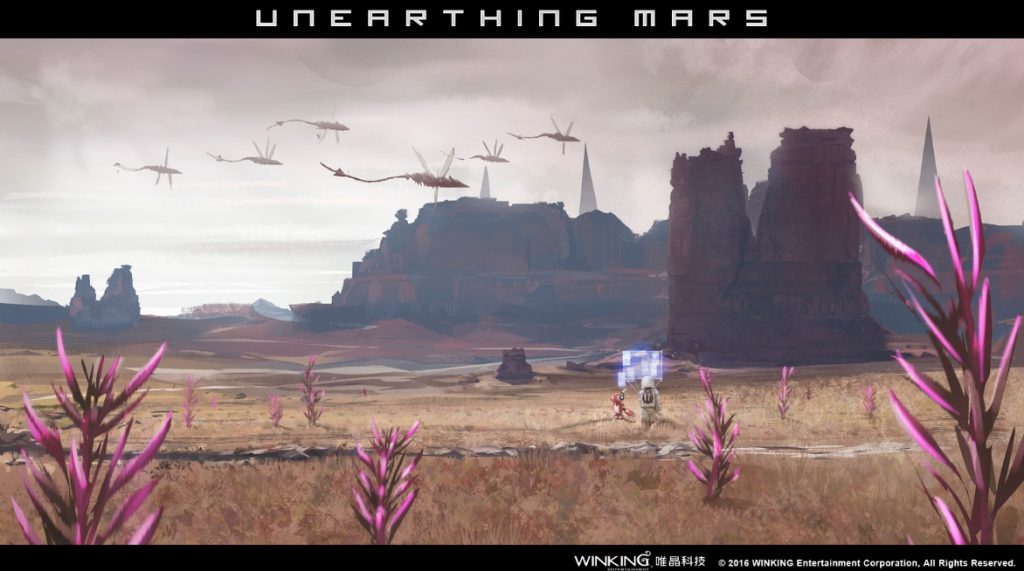 The graphics of the terrain is nice from a distance, but when you get close, it’s flat and uninteresting. It reminds me of textures back in the day with Half-Life, you know, from 1998, and not the next-gen graphics we have come to love. The game looks pretty uninteresting while in 1080p and does not seem to be enhanced for the PS4 PRO.

We soon figure out that the commander’s life support is bust, so we have to head back for another one. You take on the role of finding the correct pack in cupboards, then fitting it to her back. Soon (but not soon enough), Charlie 3 turns up in his Mars buggy to save you.

In the next scene, you get to use the Move controllers to control the buggy from a third-person perspective, which is not ideal, but I can see why they have done it that way. Took me a while to figure out that you need to press a button to keep your view behind the buggy or it just disappears into the distance. The buggy is fun to drive for a bit, but following the light columns that Charlie 3 has set out for you does get a bit boring

Over the next few chapters, you go around collecting things, plus use a cutting torch from your backpack to cut rocks from around crystals (that bit is pretty to look at!). After taking a few of the crystals, you suffer some neural damage – so says Charlie 3! In the cavern, you are teased with Martian creatures in the shadows, but they never appear, which disappointing. After a cutscene, you emerge to meet up with some ancient Martian pig trolls. Apparently, you have to feed the pig trolls to move on. There is one particularly hungry pig troll, and it took me a while to figure this out. 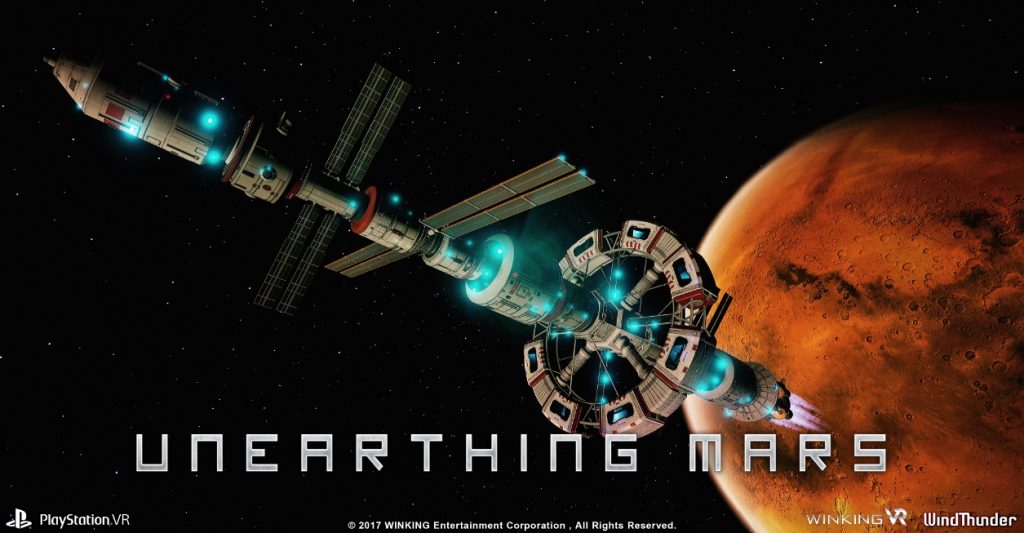 After a bit, you end up getting a shield and a gun waaay past the middle of the game, all the way in Chapter 9. Now you get to fight off alien robot creatures, which is quite enjoyable. I have to be honest: it took me three attempts to complete this section, but part of it had to do with how the framerate basically died making the game almost unplayable, which is inexcusable since I was playing the game in PS VR with the extra power of my PS4 Pro.

If only they had put more interactive chapters like this one (even with the bugs!), then this adventure experience would have been much more entertaining and not feel like it’s a chore. I didn’t hate the game, but I did find it most of it uninteresting, and certainly the whole package was not enough to keep me engaged. The story is interesting at times but then does not seem to go anywhere for a while. It feels as if several of the chapters got added just to pad the overall playing time.

I’m not a fan of the teleporting mechanics but found that after a while I got used to it, but the lack of free roam and just specific points to teleport to kinda kills it for me. If you have run out of PS VR experiences and this one is on sale, then you’ll probably be able to justify the purchase. But as is, you’d be better off spending your hard-earned money on something else.

Disclaimer
This Unearthing Mars review is based on a PS VR copy provided by Winking Entertainment.

[Review Revisited] Among The Sleep