As the game begins, you are encouraged to load your save from the first season of Minecraft: Story Mode. I played it on PlayStation 3, so I wasn’t able to import my game directly. If you are a new player and want to dive right into the second season while skipping the first one, you’ll definitively be a bit confused, but I think its doable. The game begins by recapping the main events of the previous game, and if you didn’t import your save game (or if you want to start a new story), you can pick the choices on the main decisions for the previous season. 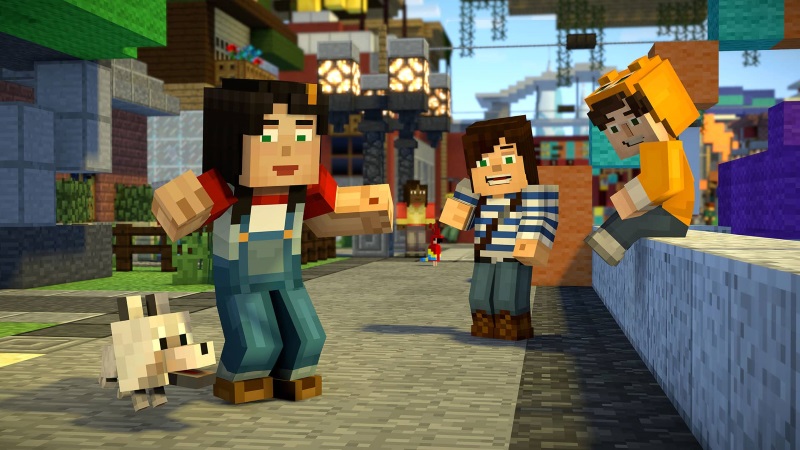 This episode starts slowly as protagonist Jesse (male or female, for my runs, I played as male Jesse) goes through the city saved in the previous season. The other characters of the Order of the Stone are all busy with stuff to do, so the main protagonist is feeling a little lonely. As he wanders through the city, he’ll meet new and old faces alike. Later, he’ll join Petra, and they’ll go on a new action-packed adventure.

On the technical side, since I played Minecraft: Story Mode Season One on my PlayStation 3, the upgrade to the PlayStation 4 platform makes a huge difference for the loading times which were quite long on the older console. Also, the game doesn’t hang as it did on the PS3, so it’s great to play it the way it was intended. 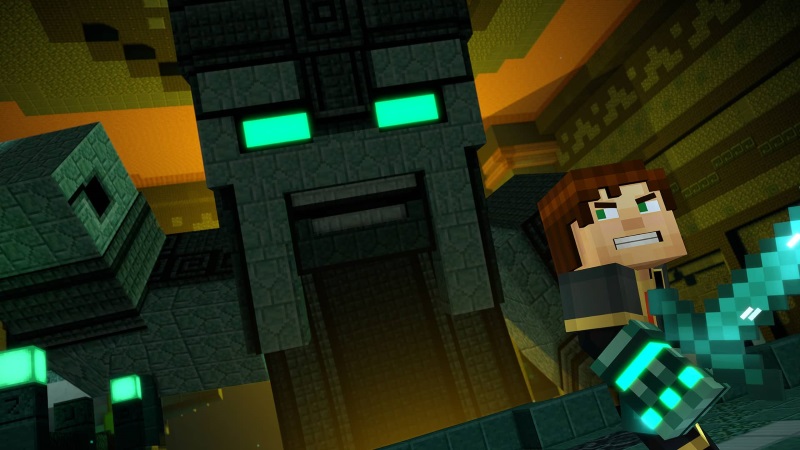 Overall I liked this episode which sets the base for a new season. The episode felt a little slow, but it ends on an epic cliffhanger (which I won’t spoil here), and I can’t wait to play the next episode!