[Beyond PlayStation] I And Me Review

In puzzle platfomer I and Me from Ratalaika Games you control two cats at the same time and try to take them the their exits. Learn more in our I and Me review!


The game was originally developed by Wish Fang, but thanks to Ratalaika Games being approached about the possibility of working on a Nintendo Switch port and acting as the game’s publisher for the console, we now have this fun and colorful puzzle platformer on Nintendo’s hybrid console. Controls are very simple to understand since all you have to worry about is moving both cats with the left analog stick or the D-Pad. You can also jump by pressing the A button, but that’s pretty much it. 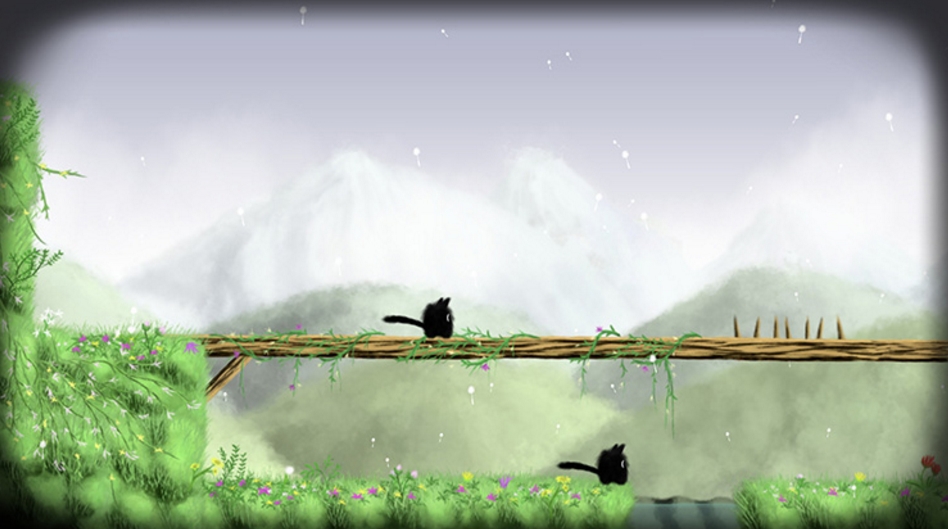 The goal of the game is to get both cats to a level’s exit… at the same time. Oh, and the exit is actually a picture frame so that the cats can get their picture taken as they pose in delight. The first handful of levels will work as a tutorial so that you can get the hang of things, and won’t give you much trouble. You’ll learn about having to bring the cats closer or further away from each other to avoid drowning in ponds of water, or to have the space needed to hit both picture frames at the same time. 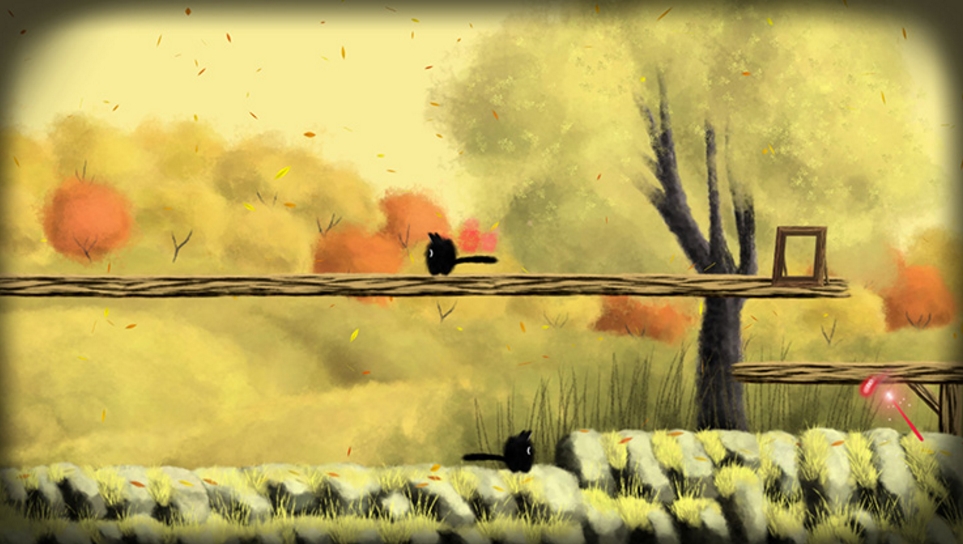 If at any point you are really stuck in a level, you can press the X button to get a hint that will give you a clear direction on what needs to be done. For example, in the third level if you walk right and try to jump over a water pond one of your cats will drown since the distance between them is too much. But if you use the wall on the left to bring them closer, you’ll be able to clear the water pond and move on to the level’s exit. 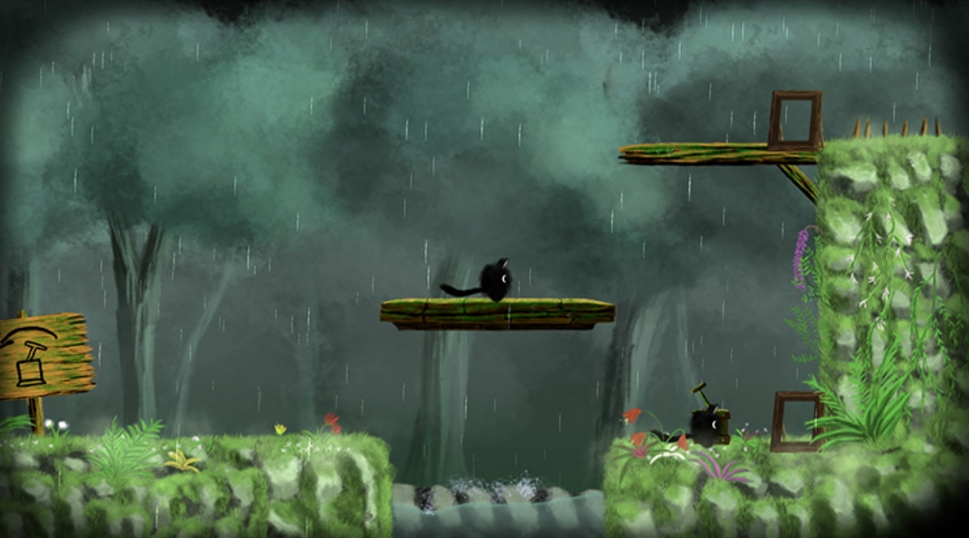 As you control the cats, you’ll need to make good use of all obstacles so that you can clear deadly spikes on the floor and on the ceilings, spiky porcupines that walk left and right or that sometimes magically pop out of colorful red hats, bees that can kill you in one hit, and more. And as you do all this you might also want to read the glowing scrolls that appear in some of the levels, since they act as the game’s collectibles. There are 20 scrolls in total, and as long as you take your time to find a solution for each level that takes you close enough to touch a scroll and read its content, then you’re good to go. 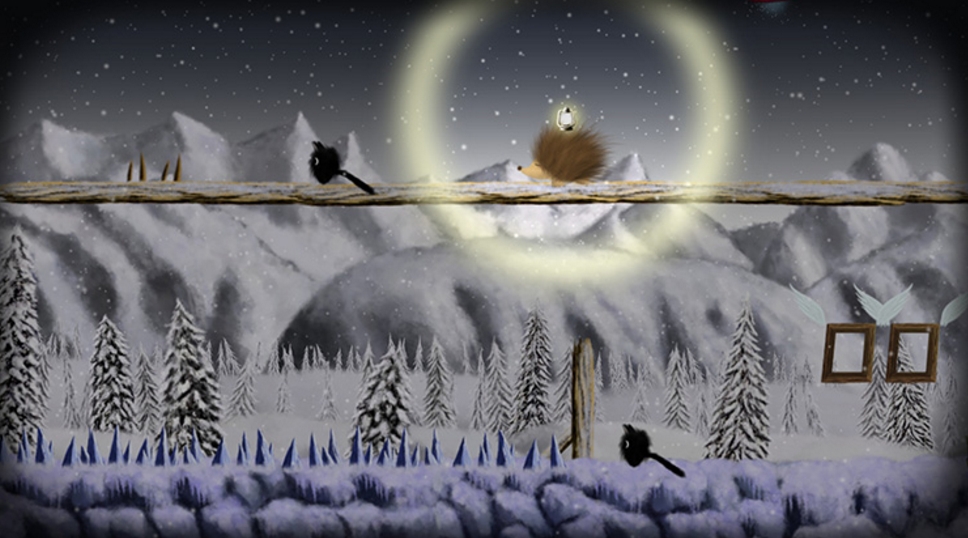 As you progress things start to get a bit more complicated, but not by much. You might be required to hit a switch while avoiding porcupines, or to jump over spikes while keeping the other cat relatively safe inside of a small area where it is surrounded by spikes, but if you’re patient and learn from your mistakes, you’ll be able to complete all stages. Levels will also get a bit bigger and end up being a couple of screens taller or wider than they were at the start of your adventure, but you will never feel overwhelmed by them. And once sheep enter the equation… 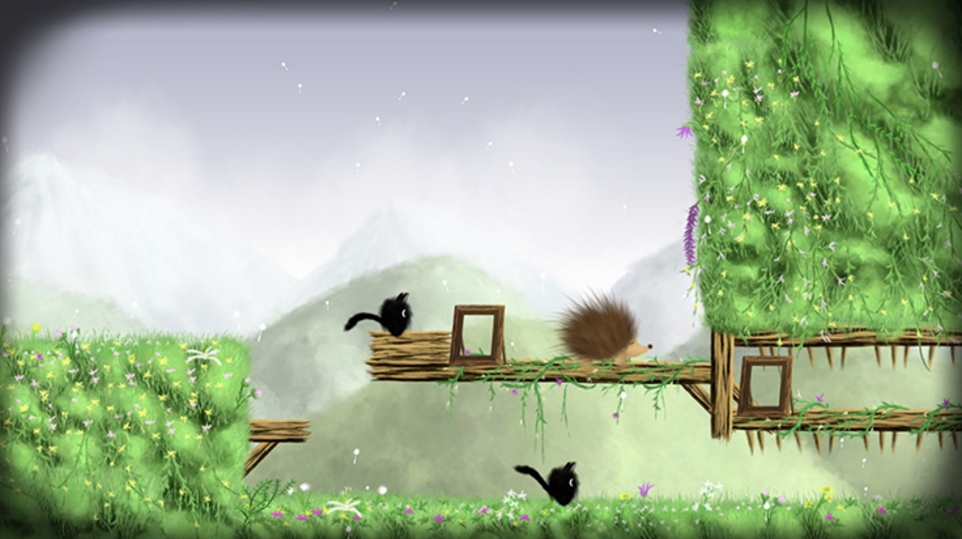 I and Me is a fun puzzle platformer that will keep you busy for a handful of hours as you try to solve its little over 90 puzzles. It’s clever gameplay mechanic makes it feel fresh and welcoming on the Nintendo Switch, and being able to play at home or on the go and hitting a button to suspend the action so that you can continue playing when possible and being back in the game in a couple of seconds make this an excellent pick up and play option for the Switch.

Disclaimer
This I and Me review is based on a Nintendo Switch copy provided by Ratalaika Games.