The Inner World from Studio Fizbin and Headup Games is a hand-drawn old-school style point and click adventure game. Take on the role of a court musician who is tasked with saving a world in decay… that is if you can first manage to catch a rogue pigeon that is up to no good. Want to learn more? Then read our The Inner World review!


As for the game’s controls, you move around with the left analog stick. You can press the X button to open the context menu for actions and can confirm your selection with the X button or cancel with Circle button. You can examine an object, interact with it or combine it with something else, and this is the basis of the game’s gameplay mechanics. The Triangle button is for opening your inventory, while the Square button will display all the hotspots in the area. You can then toggle between hotspots with the L1 and R1 buttons. If you’re ever in trouble, you can press the L2 button for help with a puzzle (but this will void a trophy – more on that below). 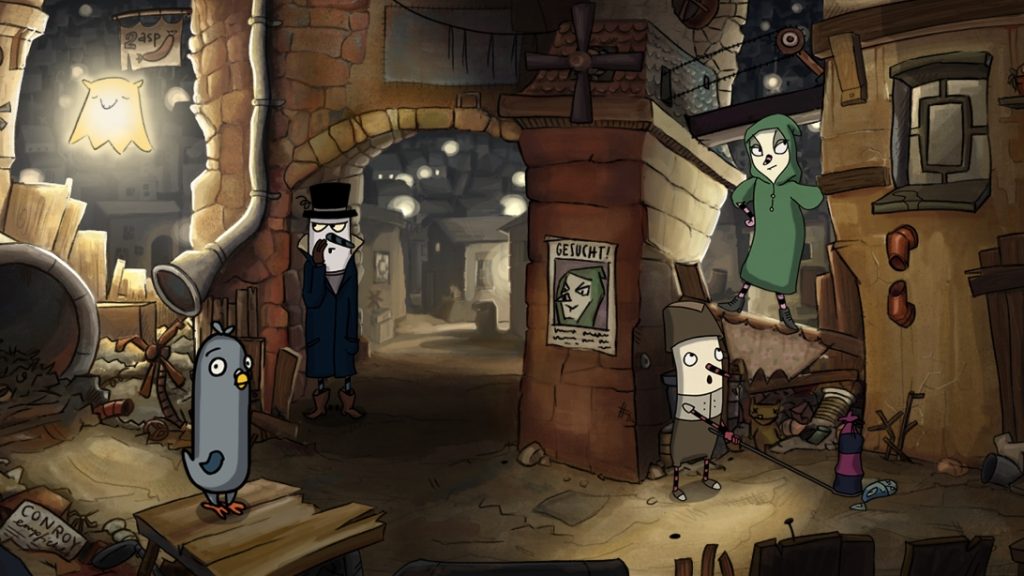 You play as Robert, apprentice to Abbot Conroy, his master. Abbot Conroy took Robert under his wing and raised him as a son… sorta. They live in Asporia, a mysterious spherical world located within an enormous hollow space. Astoria is ventilated thanks to three holy wind fountains but, unfortunately, one after the other the fountains start to run dry. On top of this, Robert must set out on a quest to recover Abbot Conroy’s pendant which was stolen by a pigeon! The pendant is probably very important to the game’s story or is used only as a way to send Robert on a grand adventure. Who knows! 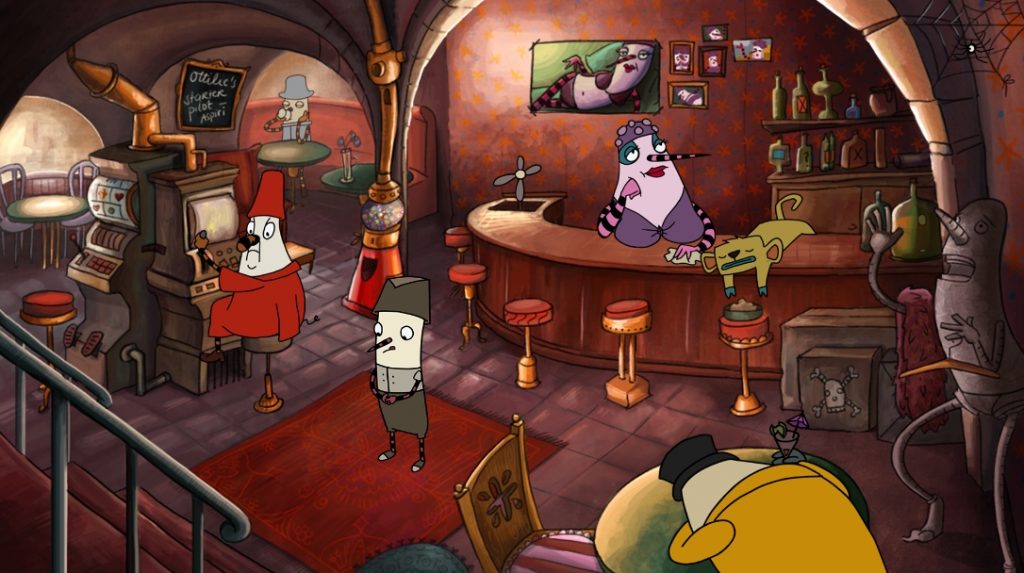 If you want to solve the overall mystery, you’ll need to interact with every single NPC and object you find. Chatting with NPC is the best advice I can give you, which goes hand in hand with what you’d expect from an adventure game set in the classic point and click mold. This variant is the one old-school gamers think of when the adventure game genre is mentioned, while newer gamers think of the relatively recent variant introduced by Telltale Games which take the genre more into an interactive novel type of release with some gameplay sections thrown in for good measure. 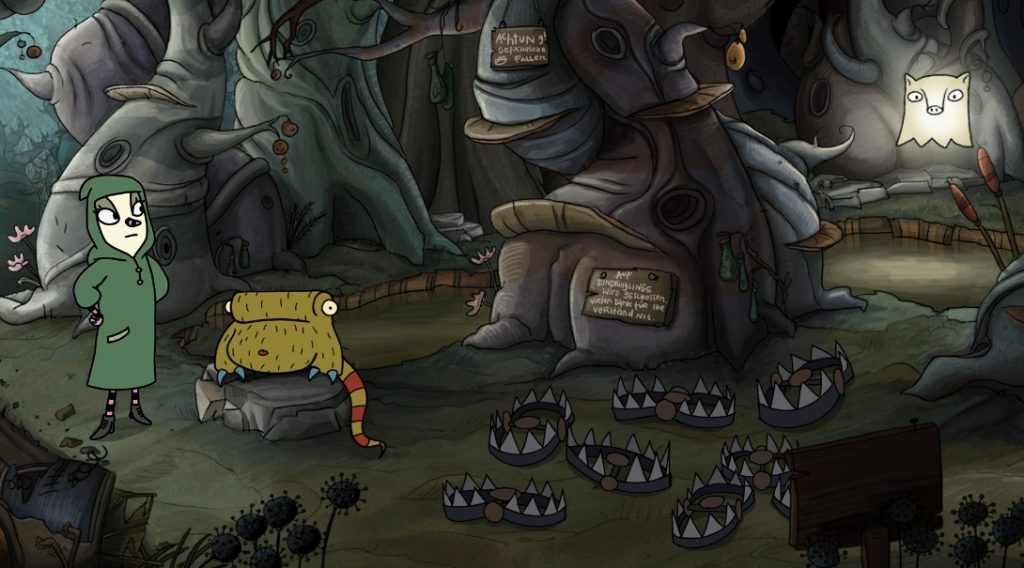 Something I liked about the game is its humorous writing. I chuckled several times thanks to the dialogue between the main character and all the NPC, which is always a good plus for an adventure release. While the game is relatively short compared to larger adventures, running roughly 6-8 hours or so, it is a fun ride from start to finish. It doesn’t overstay its welcome nor does it extend your gaming time by introducing unnecessary fetch quests or backtracking just for the sake of backtracking. 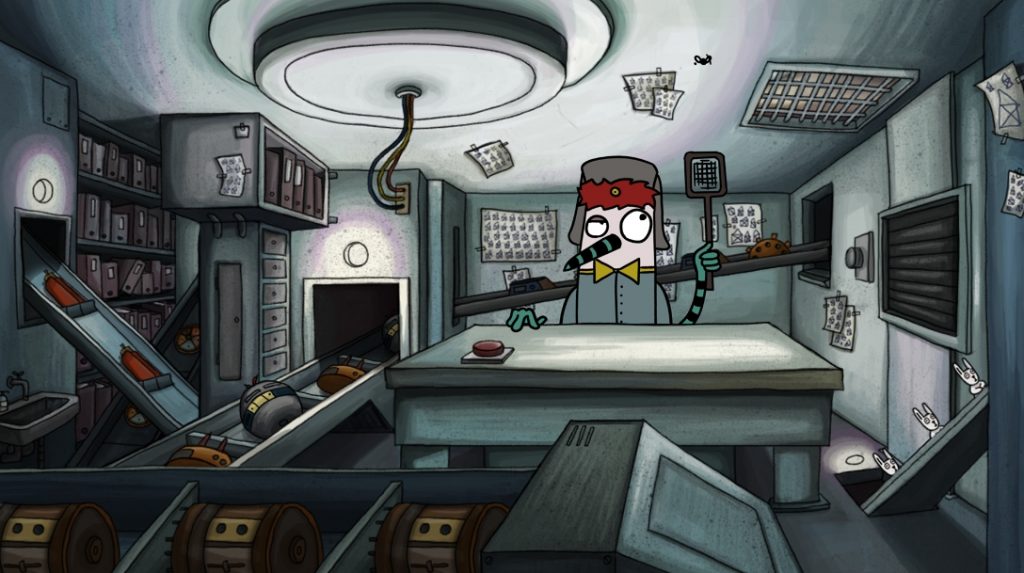 The game has a Platinum trophy for you hunters out there but, as is to be expected from an adventure game, there is a large chunk of missable trophies in this list. There are also some trophies which are unmissable since they are obtained from story progression, which is always nice. The list includes seven Gold, eight Silver, and eight Bronze trophies, along with the mighty Platinum for your effort. The one you really need to be careful with is Blabbermouth which asks that you talk to all characters in Asposia. As long as you interact with all NPC, you’ll be safe. 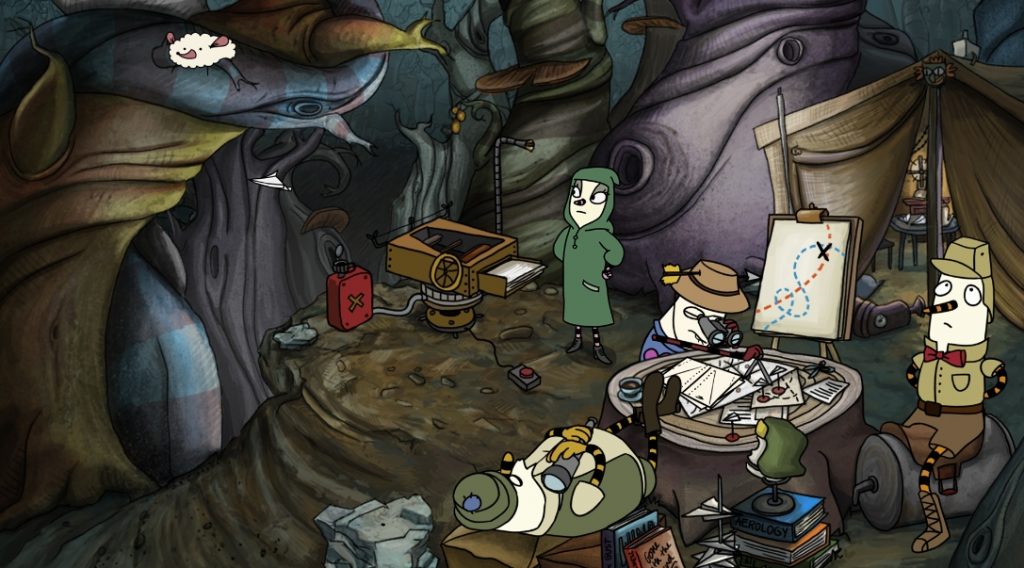 The Inner World is a charming and fun point and click adventure game that is very entertaining. It’s hand-drawn look, humorous writing, and the amount of content make it an easy game to recommend for PlayStation 4 owners. Sony’s home console has a considerable number of adventure games now in its collection, and The Inner World is a welcome addition to this growing group of games in the adventure point and click revival. 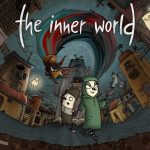 Disclaimer
This The Inner World review is based on a PS4 copy provided by Headup Games.