Demon’s Crystals from Byte4Games and Badland Games is a twin stick shooter. For less than five bucks you get a decent amount of content, single player and multiplayer modes and a fun action-packed release. Want to learn more? Then read our Demon’s Crystals review!


Gameplay is easy to understand. You move with the left analog stick and shoot with the right analog stick, as one does for a twin-stick shooter. And that’s it. No complicated menus, no bizarre button combinations. All you need to do is move around the map making short work of any zombies that appear, grabbing the power-ups on your path to help. Some will change the way you shoot, give you larger bullets so that you can take out multiple zombies at once, or an ice power up that freezes all zombies around you so that you can end their existence. 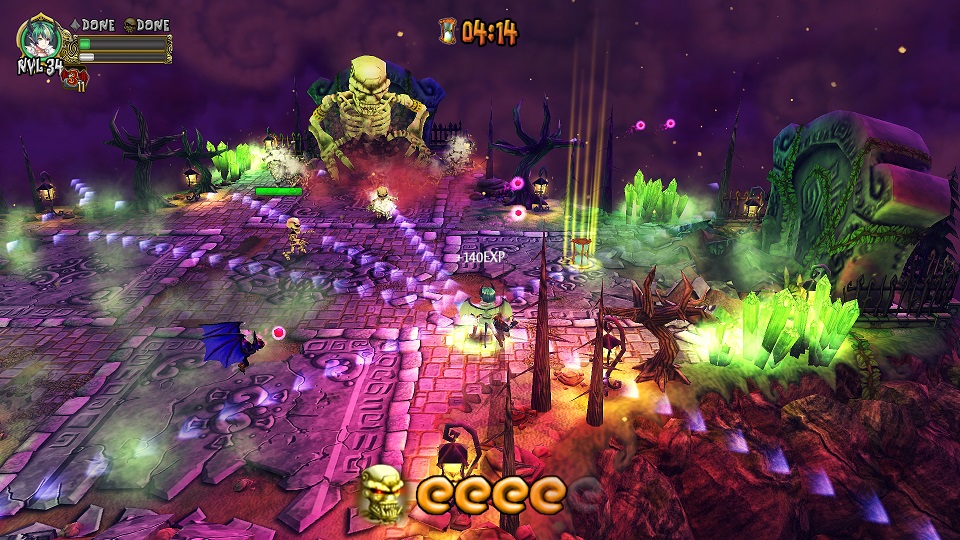 Each round has a set of objectives you have to try and complete to pass. For example, Kill X number of zombies. After completing all objectives, you will move on to the next round and face a new set of objectives. As you move on, rounds become more difficult, so as you progress you can expect to face a decent challenge. 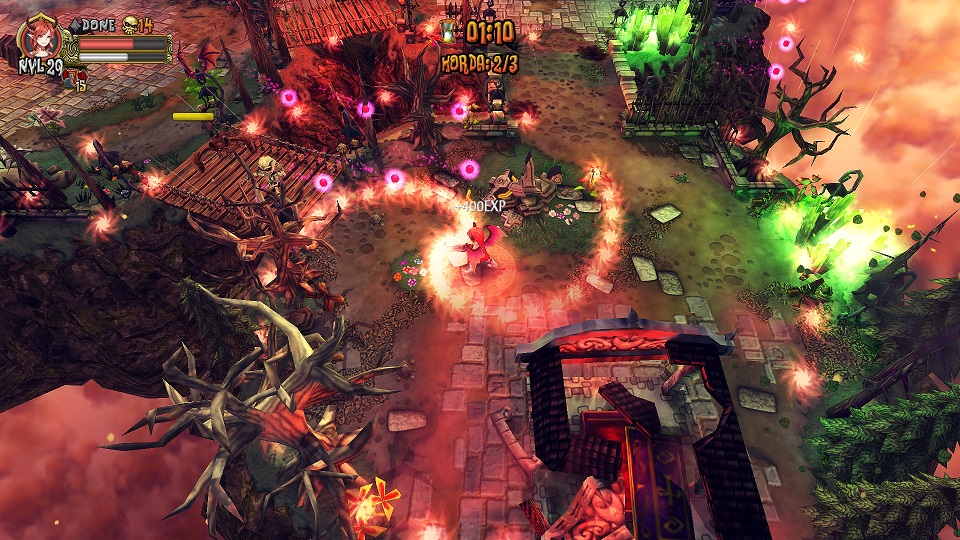 There are four colored characters you can choose from. Adora is red, Dryad is yellow, Anara is blue, and Taur is green. Pick whoever you like as the characters all behave the same way, use the same weapons, and get the same power-ups. In the end, it doesn’t matter who you pick as long as you have fun playing. 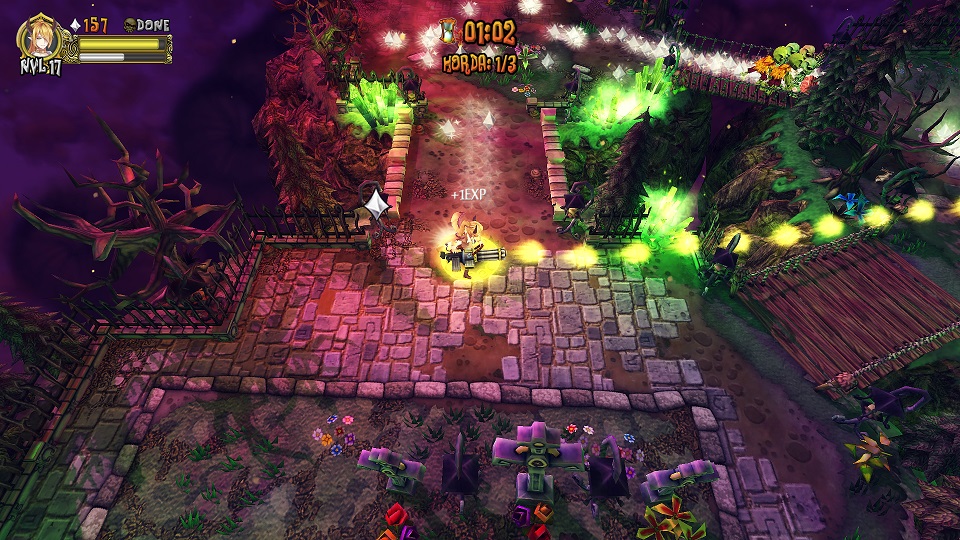 The maps in Demon’s Crystals are small, and each location has multiple rounds to complete before you get access to a boss stage. The areas might be small, but this is a budget release that is charming in its own way. There’s definitely potential for it to grow more if there ever is a sequel offering a bigger campaign, more weapons and larger maps. 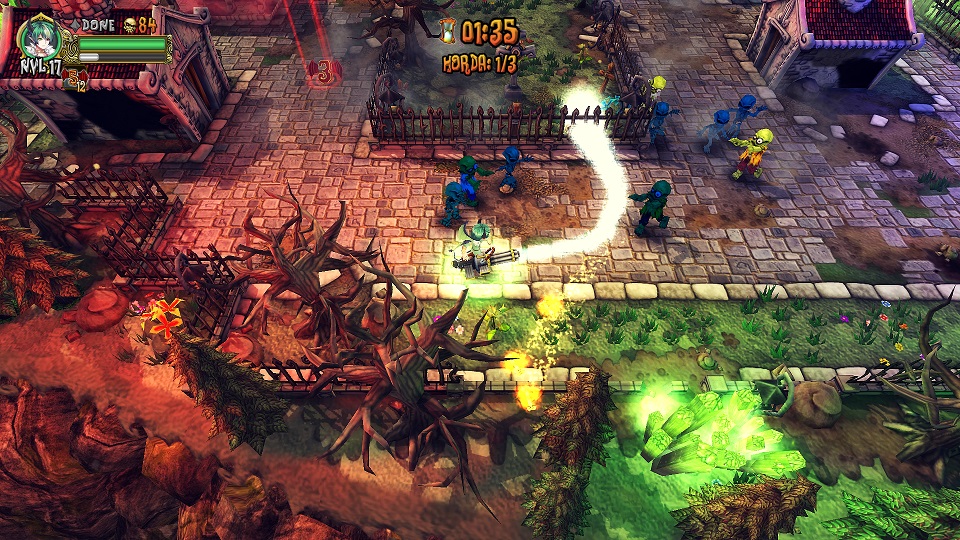 There are several modes for you to try in the game. There’s Survival where you, well, try to survive for as long as possible. There’s also Deathmatch where the last person standing is declared as the winner. In Crystal Quest, you are tasked with collecting as many crystals as possible. There is plenty to do for only five bucks! 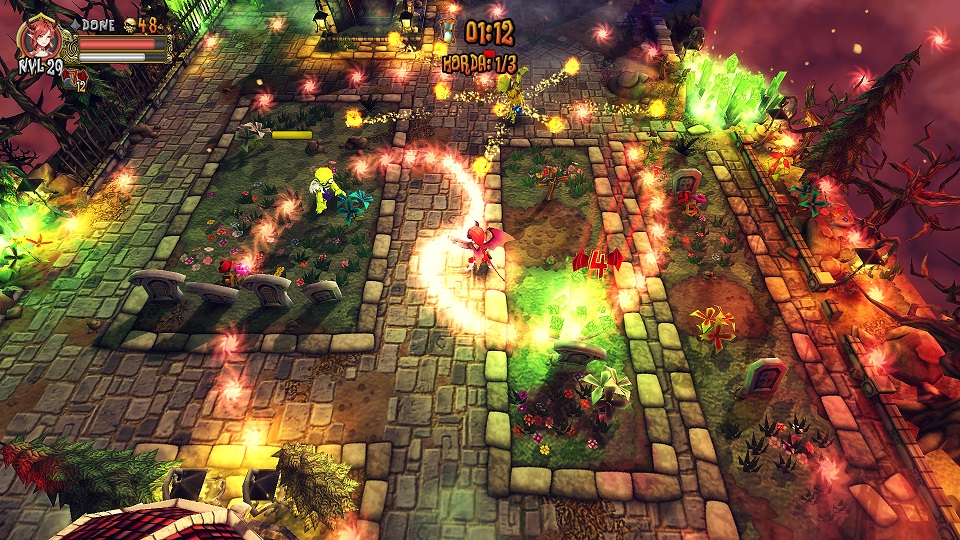 Demon’s Crystals can be played in short bursts or for longer sessions as it has a lot of replayability. There’s a trophy for getting all characters up to level 60, so if you’re aiming at getting all trophies, you’ll be playing the game for a while. The game is an all round enjoyable release both in singleplayer and co-op, and a steal at only $4.99.

Disclaimer
This Demon’s Crystals review is based on a PS4 copy provided by Badland Games.