RiME is an experience in which you are following a little boy who awakens on a strange and mysterious island. You’ll have to explore the island while solving some puzzles in your adventure to understand what is happening. Read our RiME review to learn more about this game!


RiME is a single-player puzzle adventure game about a young boy shipwrecked on a mysterious island after a torrential storm. Players must use their wits to decipher the challenges and secrets of an expansive world strewn with rugged terrain, wild creatures and the crumbling ruins of a long-forgotten civilization. With subtle narrative, colorful artwork and a sweeping score, RiME offers players a meaningful journey filled with discovery.

The first thing that stunned me as soon as the game began is how beautiful the world is. RiME is a gorgeous game, and as I was exploring everything, that feeling didn’t go away. 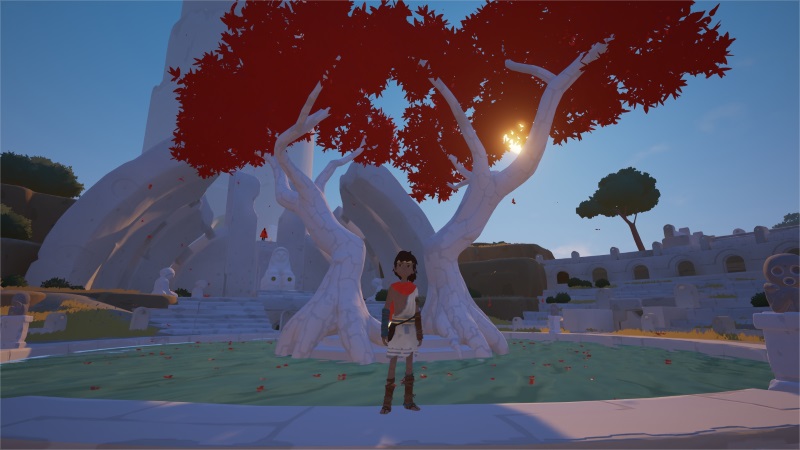 As you begin, you are following a little boy on a beach who wakes up after being shipwrecked, and then… you are free to explore the world right away! That’s right, no tutorial, no pointers, no nothing! I’ll be honest, I loved being free to explore at my own pace and the game not holding my hand. It’s a huge change from modern games in which we are getting tutorials for basic stuff even far into the campaign. The actual “hidden” tutorial in Rime is when you notice blue pillars of light in the horizon. Since you won’t necessary know what to do, you’ll reach one pillar, do the required action there, then understand that you must do the same for the other light pillars. Once every pillar has been visited, you get a sidekick who is a great help by giving pointers on harder puzzles later in the game.

Even though RiME, in the beginning, felt like it was an open world game, it is in fact relatively linear. As your progress from zone to zone, you usually don’t come back to previously completed zones unless you are aiming to find all the collectibles. Speaking of which, there are a few different types of objects to collect which are a must if you want to 100% the game. 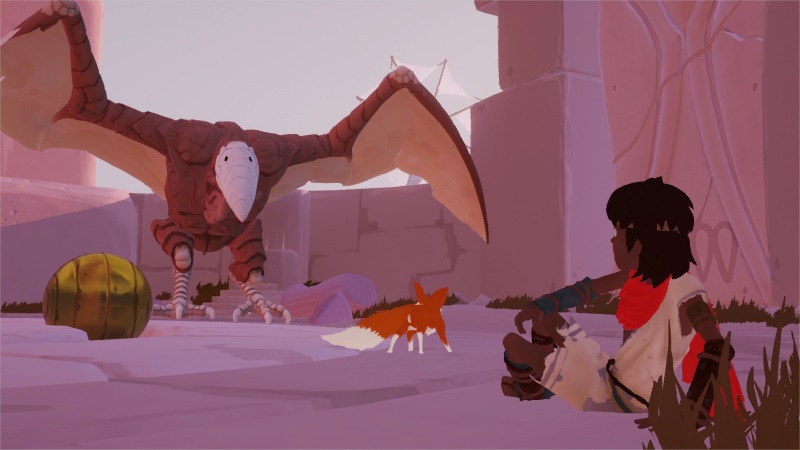 I was explaining what this game was about to a friend who was interested in this release, and after listening to what I said, he told me that this game felt like it had a bit of a Shadow of the Colossus vibe, in the sense that we’re alone on an island with puzzles to uncover. It seemed weird at first because both games are quite far from one another, but then I realized that he did have a point. While playing RiME, I had the same feeling I had playing Shadow of the Colossus, not for the combat sequences, but for the exploration segments.

I mentioned at the beginning of this RiME review that the game was beautiful, but it is certainly taxing on the regular PlayStation 4 hardware: almost as soon as the game begins, the console’s fan kicks up into overdrive into the loudest setting and stays there for as long as the game is running. This is not the only game that I noticed doing this (namely Snake Pass which I reviewed a few weeks ago), but while this, of course, isn’t a deal-breaker, it was slightly distracting from the overall experience. I also noticed that at a few moments during my play sessions the camera went out of range into some cramped sections, which resulted in seeing only a big rock for a couple of seconds.

One last thing I’d like to mention is how great the day and night cycles are as you play. The moon leaves enough light to explore this island, and I really liked it. It was wild when I realized that some puzzles relied on this day and night mechanic… but I won’t spoil anything more about this so that you can experience them on your own! 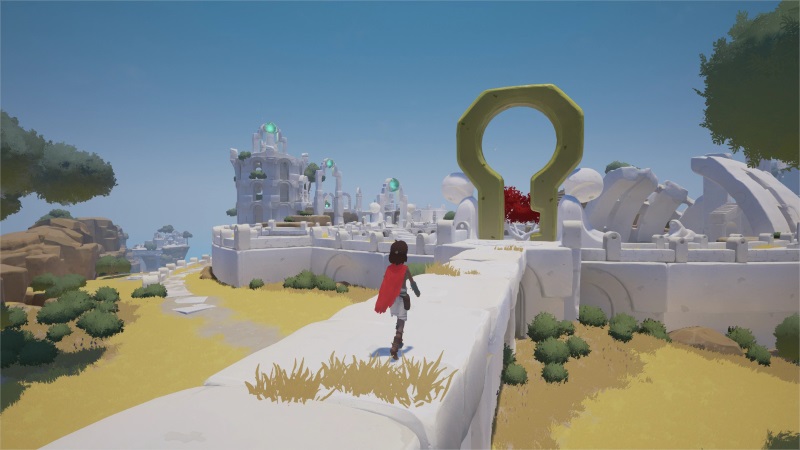 Final Thoughts
I liked playing through RiMe, and highly recommend this game to players looking for a single player campaign full of puzzles and mysteries! The world is gorgeous, and the soundtrack is great at conveying that “on an island with no idea of what is going on” feeling. The art direction is stellar as you’ll like discover while you travel in this world. I thought that the game was a little short for a $30 release, but your mileage might vary… but even so I still recommend it!

Disclaimer
This RiME review is based on a PlayStation 4 copy provided by Tequila Works.