Okay, THAT was unexpected! Undertale, the game that won the Best. Game. Ever. contest on GameFaqs.com last year is now coming to PlayStation 4! If I have to be honest, the best news for me is that is that it was also confirmed as coming to VITA!


It was also announced that Undertale would get a physical release in two versions. A physical one with a lovely booklet thing, and a Collector’s Edition release with the game’s soundtrack and a musical locket

I can’t WAIT to finally play this game! Are you getting it on PS4 or Vita? Let us know in the comments below! 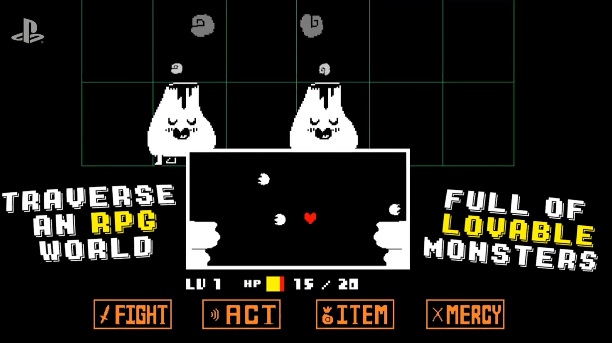