Archangel Making Its Way To PS VR This July

Skydance Interactive is putting the final touches on Archangel, a game they are set to release on PlayStation VR this July. We have some new screens and information for the game after the click, so be sure to check it out!


Peter Akemann, President of Skydance Interactive, had this to say about the release:

In Archangel, you’ll discover that you’ve been selected by the United States Free Forces, the resistance, to pilot a one-of-a-kind weapon: a six-story high war machine built to destroy. You’re dropped into the cockpit of a giant mech to lead your squadron into battle against HUMNX, a private conglomerate that governs what little is left of a ravaged America.

Throughout the game you’ll protect — and be protected by — AI-controlled teammates who pilot a number of different vehicles, each with their own capabilities. When the odds turn against you, use your shield generators to block incoming attacks and protect your teammates. If your shields have failed, your teammates carry nano-bot units that can repair damage to your hull. When weapons and shields won’t do the trick, you can get personal and use your hands to crush your foes. Being a massive mechanized engine of destruction has some pretty noticeable advantages in combat! 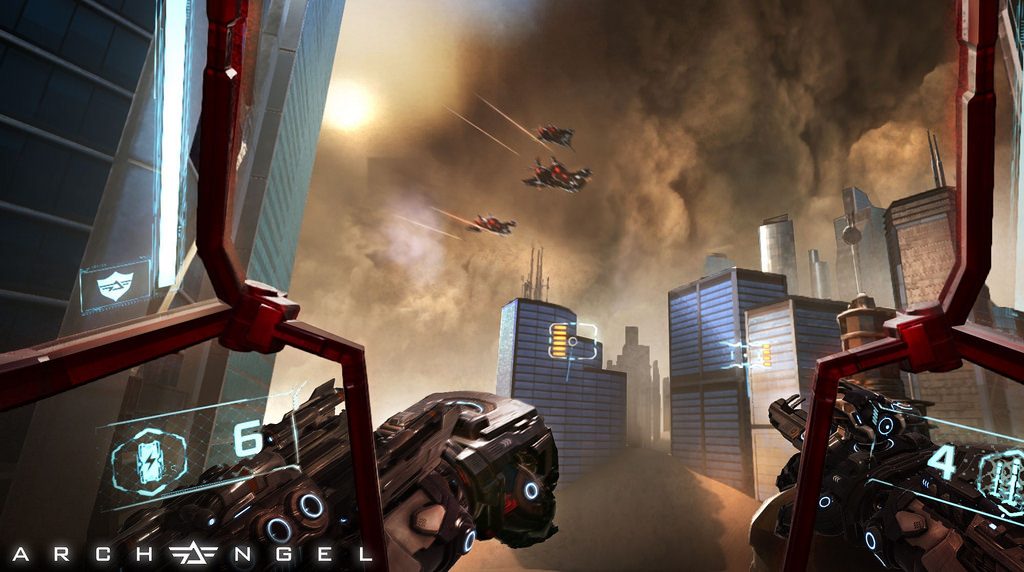