With Night Trap getting a 25th anniversary edition on PlayStation 4, including a physical version from Limited Run Games, we got in touch with Screaming Villains to talk about this new release for the cult classic.

PS4Blog: Welcome to PS4blog.net! Could you please introduce yourself to our readers and tell them a bit about yourself and your work?

My name is Tyler and I’m the designer/developer/director/”fill in the blank” for Night Trap – 25th Anniversary Edition, which is my first major multi-platform release.

PS4B: Night Trap is coming out on PlayStation 4 very soon with a 25th-anniversary edition. How would you describe the game to someone who has never heard of the original release?

Night Trap puts you at the controls of a “sophisticated” security system that allows you to monitor every room in a home that is currently being overrun by vampires. Your job is to protect the people in the house.


PS4B: You’re working with Limited Run Games to produce a physical copy of with a, well, limited run. How did this deal came to be?

A documentary about the game was created by the awesome dudes at My Life In Gaming. They had mentioned that they did a documentary for Limited Run and said that they are HUGE Sega fans and that if I was interested in the possibility of doing a physical release then to let them know and then they would put me in contact with them. After I had finished filming my interview for the documentary, it was brought up again. I said “Sure, let’s do it” and sure enough I got an email from Limited Run 15 minutes later. 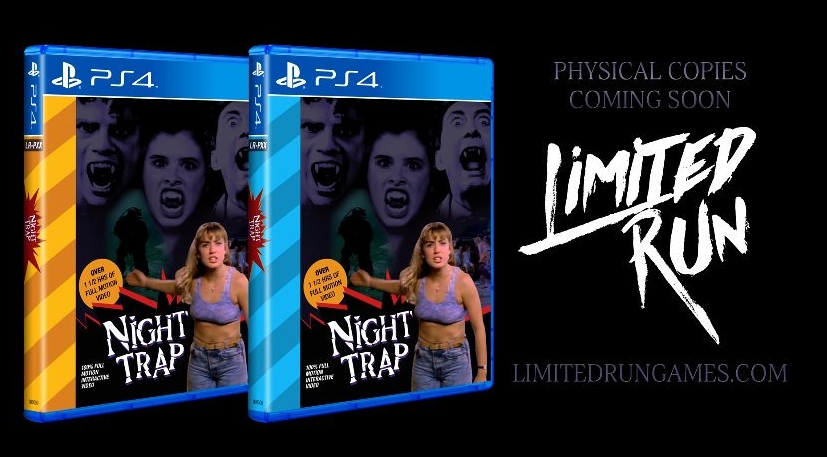 PS4B: The game will be available physical with one of three different covers, paying homage to the original release. On that note, why does the painted one look somewhat different from the original image released way back when?

All of them look different. The original images/art/etc. wasn’t available for the original covers, so all of them had to be re-created from scratch, so they have some slight differences. As for the red box one specifically, the original painting was sold on eBay a few years back. We don’t know who currently has it, so the only option was to recreate it. 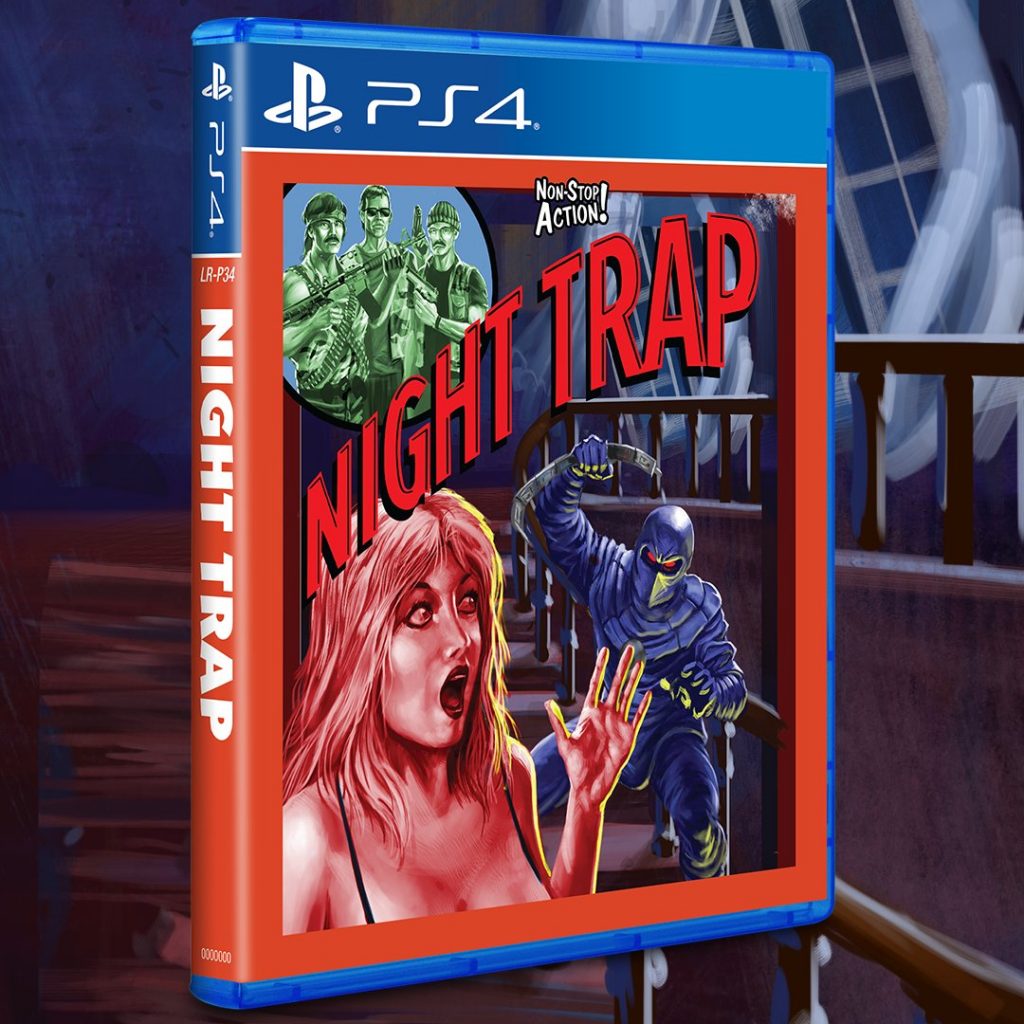 PS4B: Is there anything extra being included for this new PlayStation 4 release along with the massive jump in resolution and the cleaner and sharper video playback?

There is a ton of new stuff included in the game, but we aren’t ready to announce it just yet. But SOON!

PS4B: Will the PlayStation 4 release of the game include a full trophy count with a Platinum trophy? Could you please share some of the trophies with our readers?

Still going back and forth with this at the moment. It’s possible to do it with a platinum trophy, but it might be overkill with a game like Night Trap since it isn’t a very long game, to begin with. There is one trophy called MA-17 that’s a throwback to the original rating system. 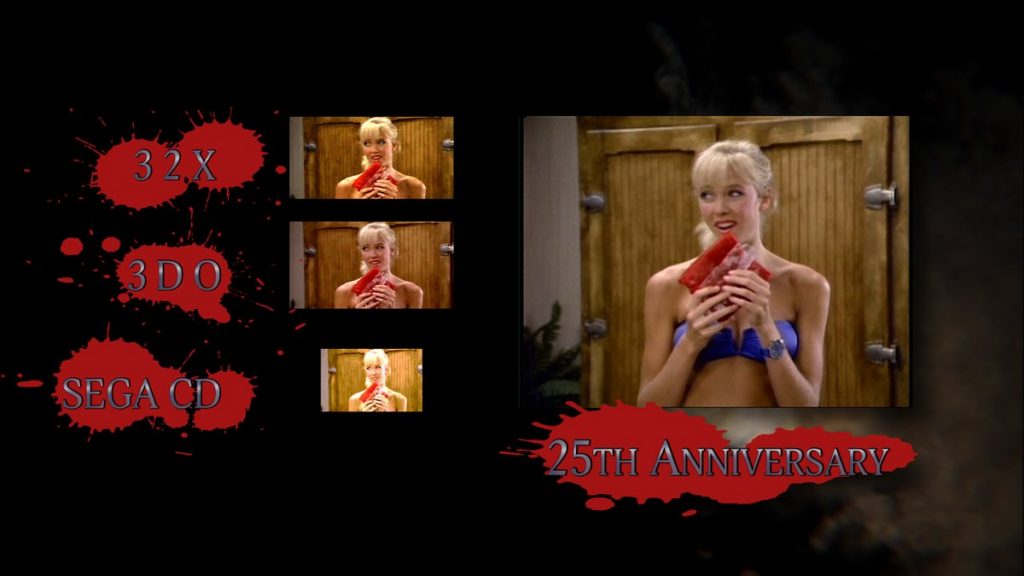 PS4B: On top of Night Trap you’re also working on another release for 2017. Is it also a new take on an FMV cult classic?

I can’t comment on it yet, but I will say this…. it’s wicked.

PS4B: And now our time is up. Would you like to add anything else?

I just want to give a massive thank you to everyone! The response to this game so far has been amazing and far exceeded any expectations that I had. A release date will be announced as soon as possible.

Brawlhalla Releasing This Summer On PS4