We’re currently working on a review for Last Stitch Goodnight, so we got in touch with Well Bred Rhino to talk about the game’s journey from Kickstarter to its PlayStation 4 release.

PS4B: Hi! Good to have you with us this morning on PS4Blog.net. Could you help us get this started by introducing yourself to our readers and telling them a bit about yourself and your work?

Hi! I’m Ben Cook of Well Bred Rhino. I’m the sole developer, which means I get the fun job of coding, doing art, writing the story, managing the design design, working on marketing and support, and the general sheer panic that goes into making games. My first game, All the Bad Parts, shipped ages ago on Xbox 360. I just finished my follow-up game, Last Stitch Goodnight, after spending six years in the game developer mines.

I like to think of my work as having flavors of Metroidvania, Adventure, RPG, and Metaphysics all mixed in, but ultimately I hope my games have a little bit of myself in them so that everyone who plays it can experience my love for science and dumb jokes.


PS4B: After a successful Kickstarter campaign last year Last Stitch Goodnight is finally available on PS4! How would you describe the game to someone who has never heard about it?

Last Stitch Goodnight is a side-scrolling action adventure game that starts with a near-death, out of body experience. After you put yourself back together, your doctors kidnap you back to their mansion so that they can investigate how you became detached from your body. Once there, you will need to fight your way to freedom, past robots and employees and more. In the process, you will learn just how far the doctor has delved into studying life itself.

There are a ton of weapons to be found in the game to defend yourself, but you will also need to use the weapons as tools to solve puzzles along the way, ESPECIALLY if you want to defeat any of the bosses! Sometimes a screwdriver shivs a dude, and sometimes it dismantles a bed! 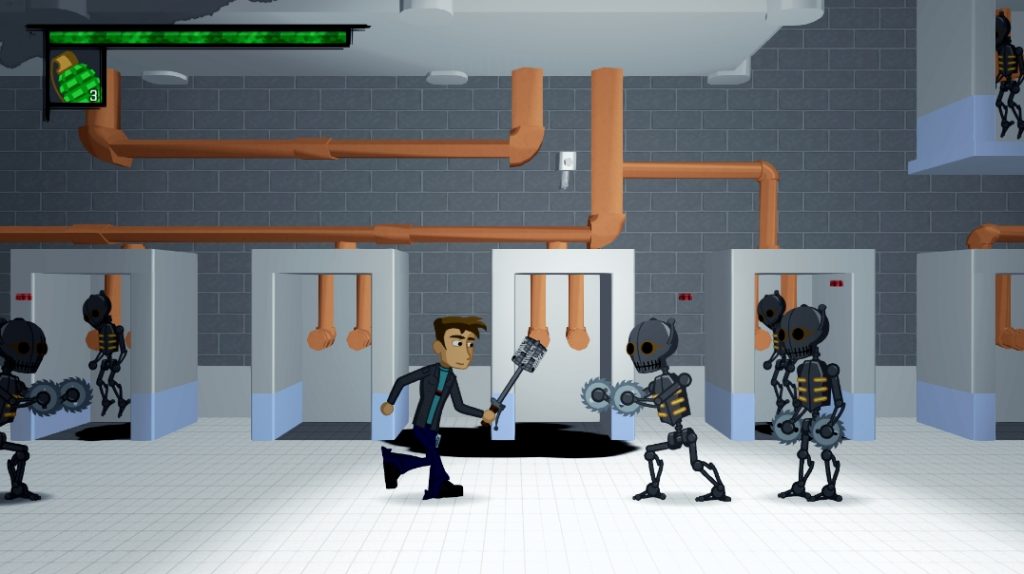 PS4B: How did the game end up on PlayStation 4 considering the budget you were working with?

A LOT of late nights, and a lot of support from the phenomenal people at Sony! I knew Last Stitch Goodnight was something I HAD to make, so once I came to terms with the eventuality of it, I knew it was just a matter of putting in hour after hour of work, day after day, month after month, and just making sure I made the best game I could make.

A lot of game development can be solved just with sweat equity, which puts us in a very exciting time to be alive. Early games had the thumbprints of their creators all over it, but things evolved such that AAA games grew in scope and scale to the point that, depending on the team, they sometimes have a “designed by committee” feeling. Now we are getting back to having a much more robust indie scene, and it is a lot of fun to see the unique, weird games that small teams are able to produce just through sheer dedication and will power. 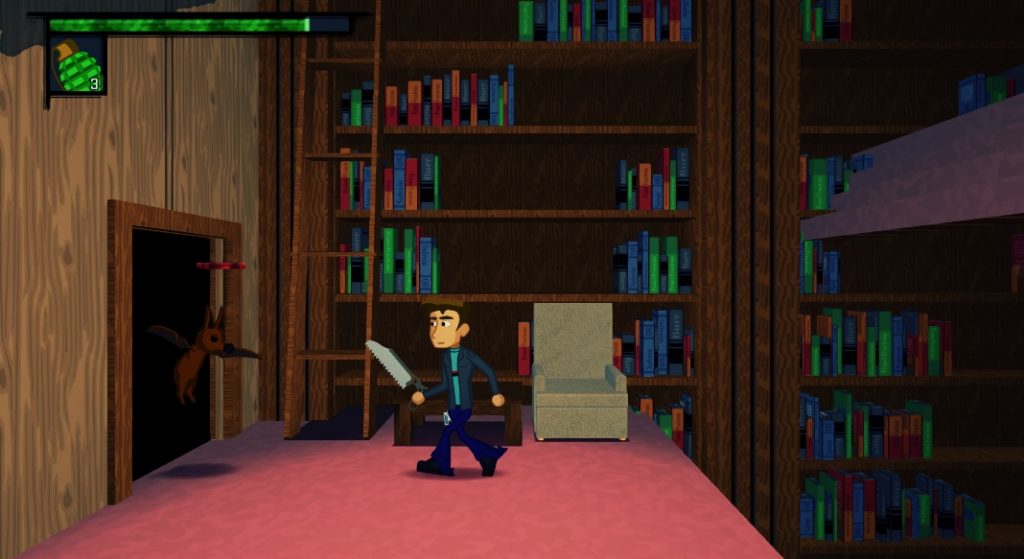 PS4B: Are there any differences between the Steam and the PS4 versions of the game?

None! OK, except for rumble on the PS4 version. I love both platforms, but I must admit, as a developer who grew up playing consoles on bulky tube TVs, there is something really exciting about sitting on a couch, booting up a game, and having the controller shake every time I hit a guy. It was very much a full circle of “what I wanted to do as a kid” and where I am today. 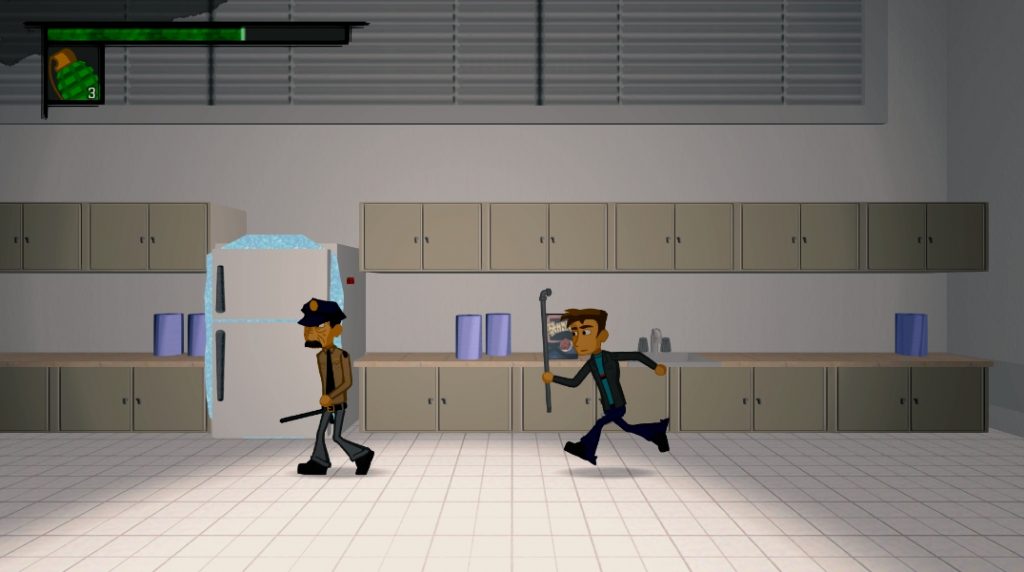 PS4B: What was the hardest part about getting the game ready for a release on Sony’s home console? Any particular challenges?

I wouldn’t say anything specific to the console, but just getting a game ready for release, in general, is a mountain to climb. Adding enough content to make sure the game feels “worthwhile”, re-re-re-reviewing boss battles to make sure they “make sense.” There are a ton of i’s to dot and t’s to cross. The generally rule I found is that making a full game is 90% of the work, and polishing the game is another 90%. 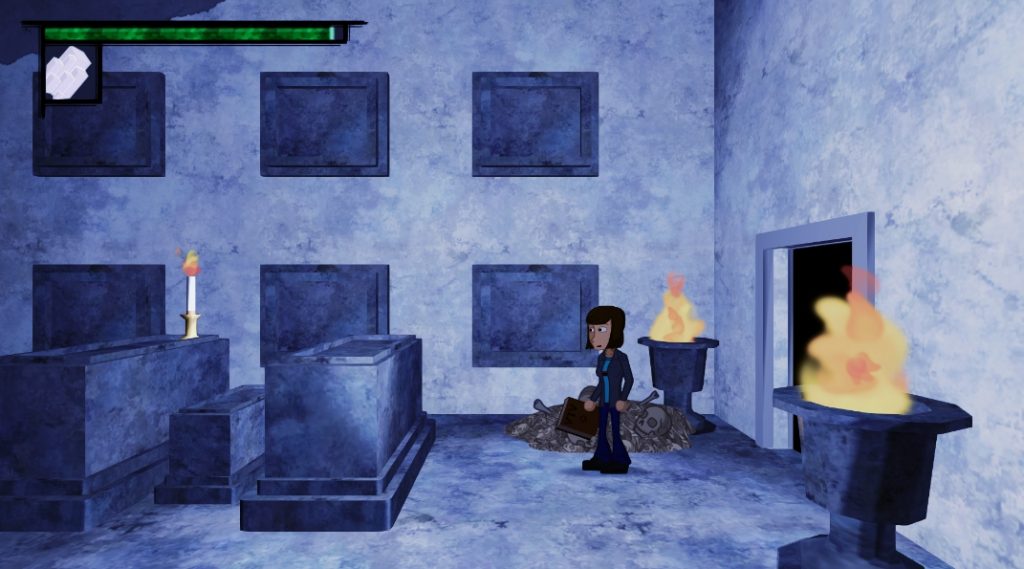 PS4B: Now that Last Stitch Goodnight is done, are you considering working on additional content for the game?

If people like it and it sells well, I would love to! There are a lot more stories I can tell about the horrible things going on in the mansion. And after working on the game for so long, something tells me it’ll be a while before I can get all the eldritch horrors out of my head!

PS4B: Anything you can share on your next project?

SLEEP! BOOKS! GAMES! I’ve been nose to the grindstone for so long, I am REALLY looking forward to rejoining the land of the living and finding new inspirations! But I can still tell… the next game is starting to creep into the back of my mind. It is refreshing to have a blank slate to start from again! Does it take place in space? In one city block? On a road trip? The options are endless! 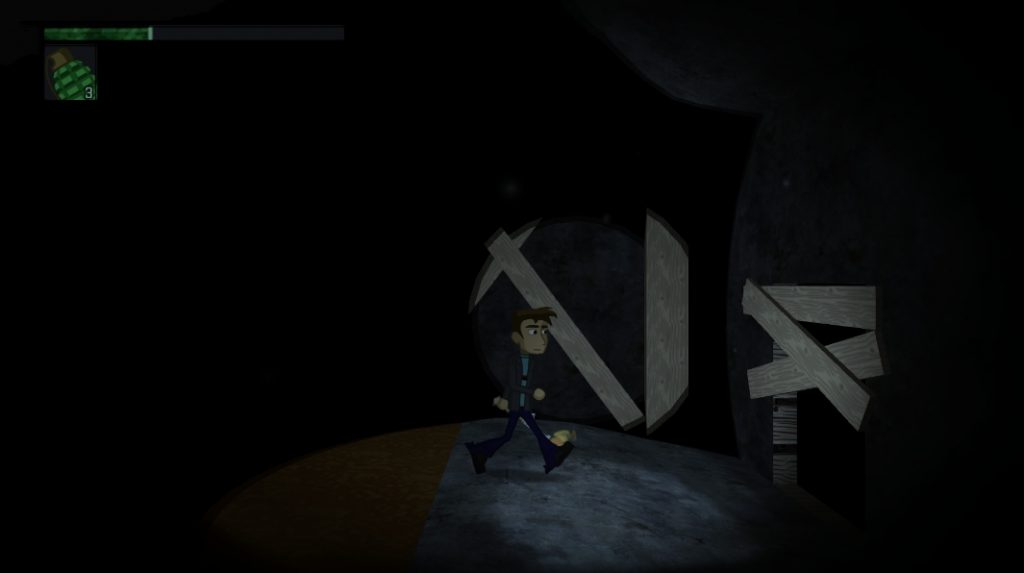 I really hope people enjoy the game, and if anyone has any problems or questions, they should definitely reach out to me so I can help make things right!