Zheros a vibrant beat ’em up with a big focus on gameplay. You play as Captain Dorian and her sidekick Mike who is a bit thick. Both are intergalactic agents who fight crime, and you are tasked with putting an end to the plans arch enemy Dr. Vendetta. Are you up for the challenge? Read our Zheros review to learn more about this release!


Zheros gives players access to 18 levels across three worlds. You’ll select one of the two available characters for your entire run, which means there is no hot-swapping or playing as both characters as you go. This does mean that if you want to get a feel for each character you’ll sorta need to start a new run to be able to select the other protagonist. 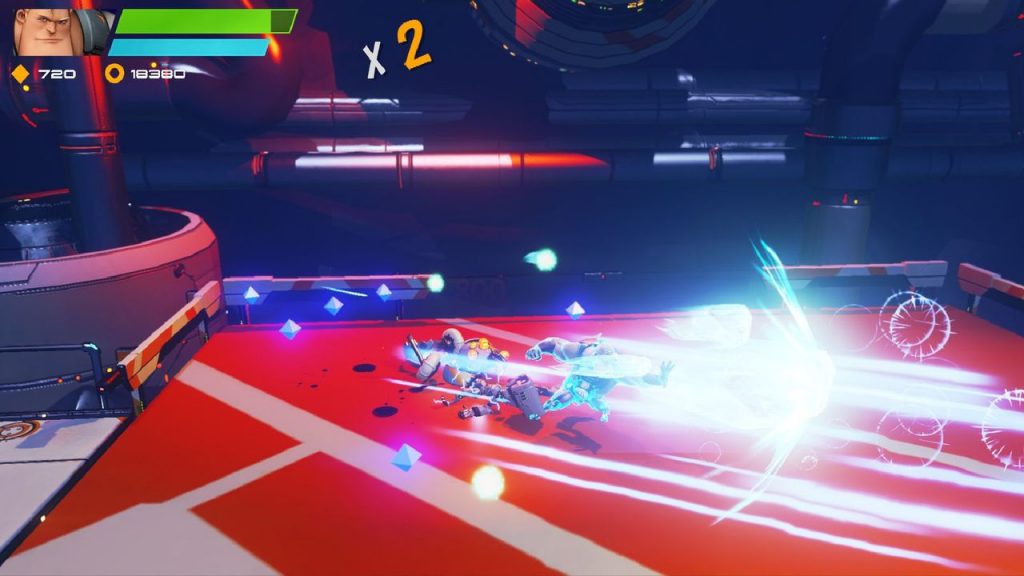 At first, the game might feel a bit slow for you since there aren’t many enemies, to begin with, and even so you must defeat all enemies that are currently attacking you before being able to move on to the next area – there will be a transparent pink barrier keeping you from moving forward. But as you progress through the 18 levels in the game the number of enemies that will spawn will grow considerably, opening the door for you to get your groove on as you aim at chaining deadly combos – you’ll get an explosive combo after chaining 25 hits, a brutal combo after chaining 50 hits and so on. There’s even a trophy for getting a combo of 100 hits that you’ll probably unlock without much issue during your time with the game depending on the difficulty you select. The harder the difficulty, the quicker you’ll be able to unlock this trophy. 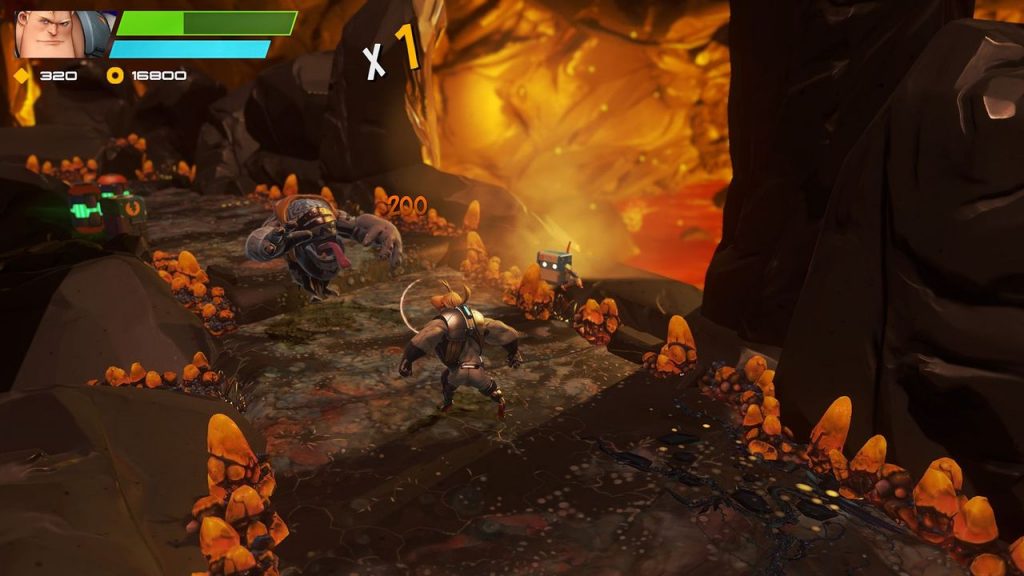 Enemy variety is not as big as I was expecting, but level design does make up for that. The one thing I did notice is that, even with a couple of updates to the game, there were still some bugs and glitches present, not to mention that the game’s load time is still a tad too long for my taste. There’s also some slowdown at specific spots when the area gets too packed with enemies. 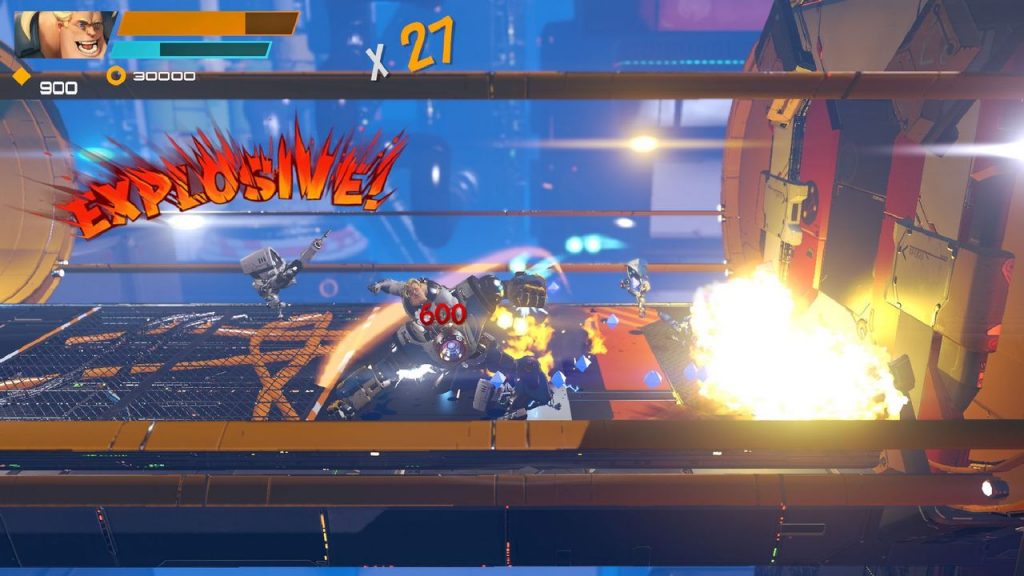 Whichever character you decide to play as will have strong and light attacks, and you can use a combination of button mashing to string together some awesome combos that can go on until you miss your window of opportunity or are hit. Also, if you put your shield to good use (ask Mike!) and time things right you can deflect enemy bullets and one shot your reckless enemies – this is very fun to do as you play and is a very cool touch. 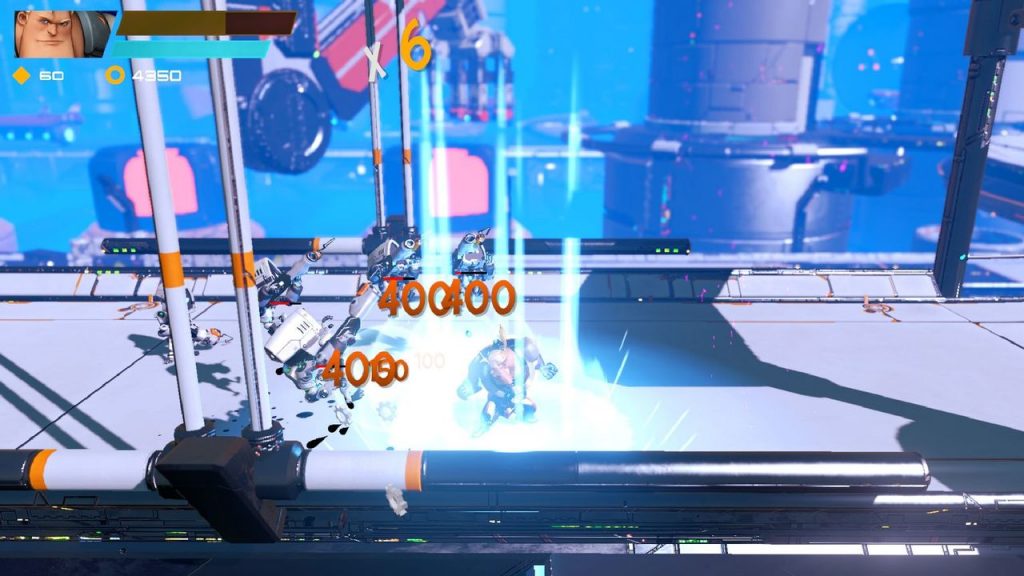 You can upgrade your weapons and abilities and unlock new combos, but the overall upgrade system is a bit light. I think that given the game’s nature and length, a skill tree would have been perfect, but it’s not a deal breaker. There’s certainly more depth to the game than I initially expected, so that was nice.

Each of the 18 levels has a medal for you to find as its collectible. Most are easy to find, but there are a handful that are very well hidden and that you might miss. Unfortunately, you can’t backtrack in the game, so do keep this in mind! A level’s length might vary from a handful of minutes to larger ones that are 15-20 minutes long, so be sure to search everywhere as you go before moving on to the next area or you’ll be sorry! 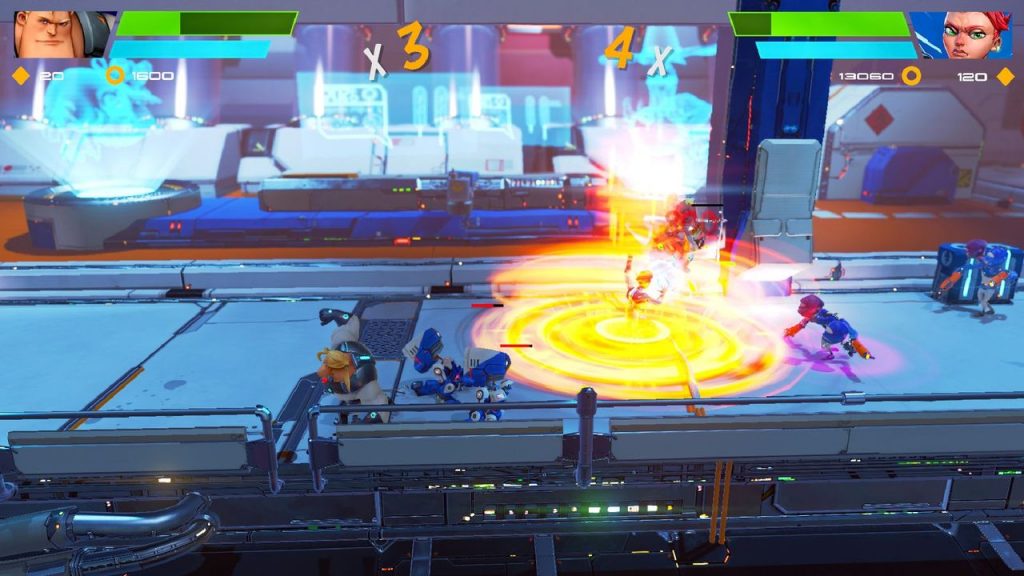 You can absolutely play the game in local co-op multiplayer. I gave this option a go, and the good news is that the number of enemies doesn’t change when doing this and that the difficulty isn’t bumped either. So if you’re having a hard time with a particular section or trophy, playing in co-op might be the most viable solution.

Zheros is a solid beat ’em up on PlayStation 4 with colorful graphics. The game will keep you busy for around 6-8 hours or so depending on your skill, and a bit longer than that if you want to 100% it. There is no Platinum trophy at the end of the road, but if you do everything that is asked of you, you’ll get to add 1 Gold, 3 Silver and 9 Bronze trophies to your collection. 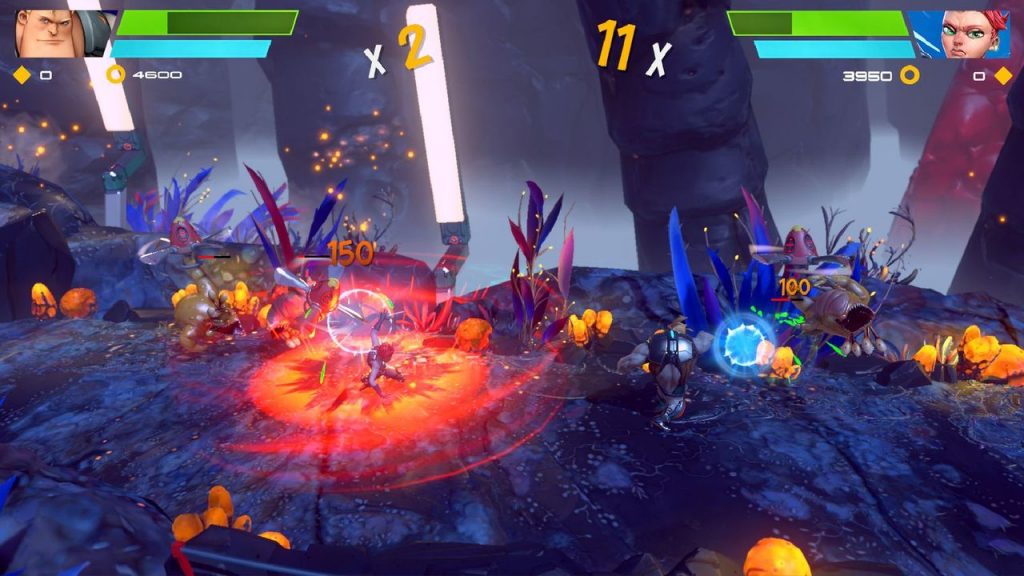 There is a DLC pack available for Zheros that includes additional content that feels like a short expansion pack, so be ready to check out our review for it soon!

Disclaimer
This Zheros review is based on a PS4 copy provided by Rimlight Studios.

The Long Dark Out On PS4 On August 1