[PS4] World To The West Review

Did you enjoy Teslagrad? I felt it was an amazing game packed with head-scratching puzzles and cute, charming graphics. Rain Games are back year with another awesome, cute and graphically pleasing game: World to the West! The game definitely gave me an old-school The Legend of Zelda vibe, which is certainly not a bad thing! Want to learn more? Then read our World to the West review!


Rain games has moved away from 2D graphics, giving us colorful 3D environments to explore in World to the West. Upon booting for the first time, you will immediately notice the game continues where Teslagrad left off. You gain control of a Teslamancer called Lumina who can do amazing things by manipulating electricity – she also wields the Tesla staff that emits electricity and kills any enemies that dare approach her. Lumina’s goal is to find her dad. After enjoying Teslagrad so much, playing as a Teslamancer in World to the West certainly made my day!

For the second chapter, you will meet Knaus. As expected, he can tunnel his way to safety, but he cannot tunnel through hard surfaces. But as long as you run into anything soft or grassy, he’s ready for it. He can also use this method to hide from the dreaded Grues. He is an orphan trying to find his way home and rescue his friends. Oh, and he can also pass through small gaps and passages and even plant dynamite. He is a talented little fellow!

In the third chapter, you will meet Miss Terri, an amazing character with some interesting abilities. Halfway through her chapter, you will gain the ability to control your enemies and get them to do your bidding. She was supposed to retrieve artifacts for her employer, but he fired her as he wanted another one and refused to pay her. As you can imagine, Miss Terri’s skills will make for a very fun time!

In the fourth, you will meet an aristocrat: Lord Clonington. He is one big dude who can break down barriers due to his beefy physique. Lord Clonington is a bit vein and wants to make a grand entrance, so he wants a beast he can beat to a pulp to show off and make the best entrance ever! Interesting guy, huh? 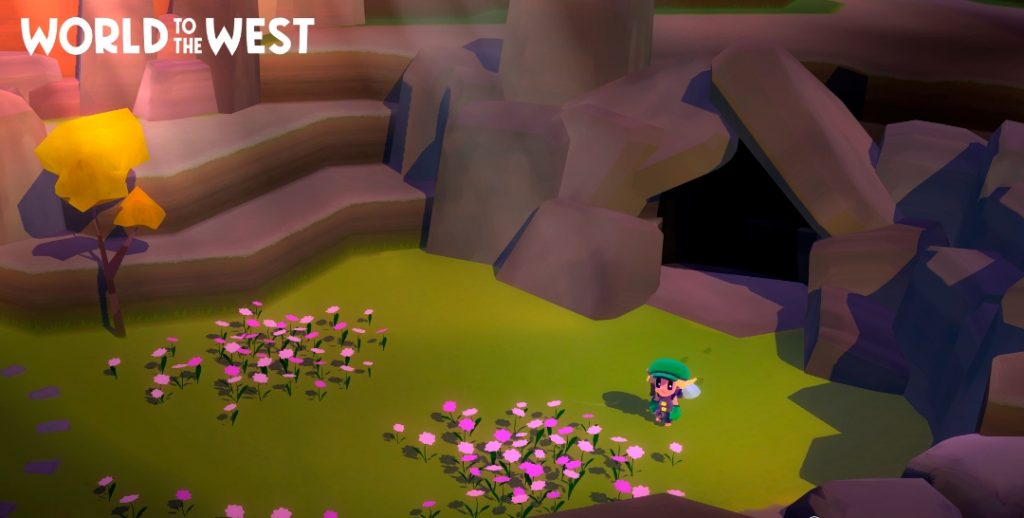 The game has some nice comedy that will have you smiling during your time with the game. The dialogue is sharp and clever, making this a very likable game. The puzzles are also nice, and you can tell that a lot of effort went into creating them for this PS4 release. They will have you scratching your head as solutions are not always obvious! For example, and this is mildly spoilerist, Ms. Terri has to traverse a dungeon despite not being able to fit through small holes, but fear not as she can use her powers to control an enemy she can send through the small holes so it can collect the keys she needs to unlock the game that leads to the next part of the dungeon.} 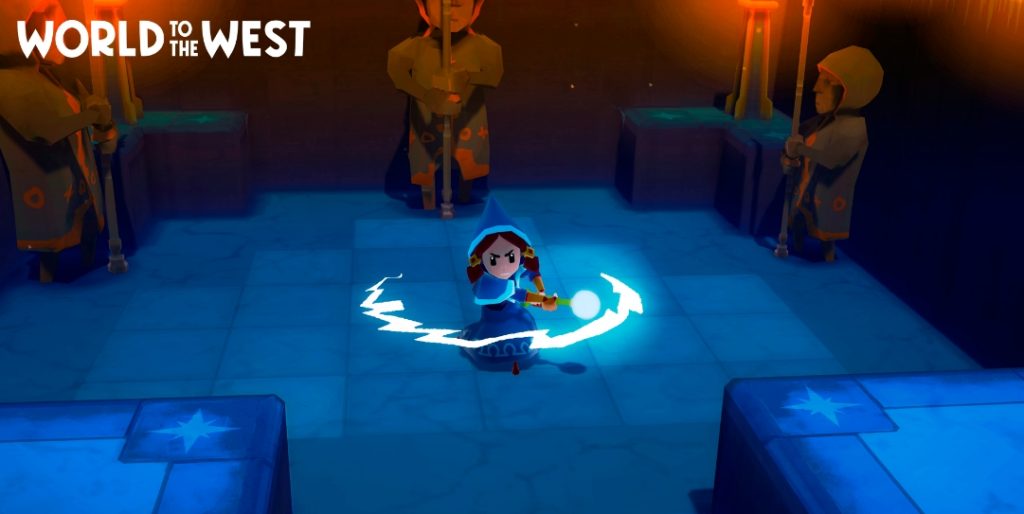 Characters will unlock new abilites as you progress in the game, keeping things fresh. For example, Knaus managed to find a pair of ice skates which gave him the ability to walk across ice and water to reach otherwise inaccessible areas. See a bunch of chained doors? Not to worry, since Lord Clonington can certainly find a way to make short work of them! 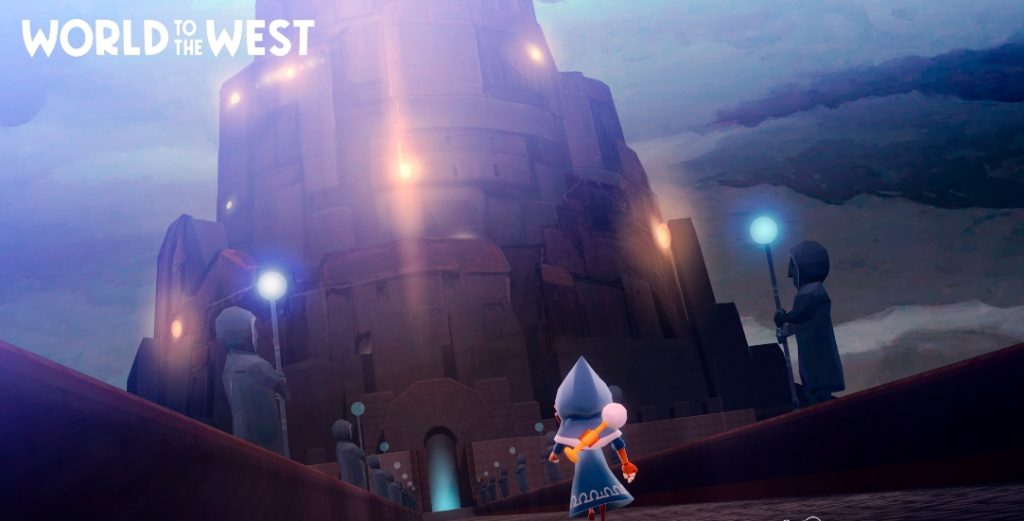 The game auto saves at certain points in the in the game, and if you come across totems that look like the characters in the game, those also act as your save points. Once it glows, it is letting you know that your game is being saved. You can also fast travel to previous totems you have unlocked, which is great considering this is a much larger game than Teslagrad!

There are a ton of collectibles throughout the nine chapters, from treasure chests to health upgrades and more. The game’s trophies are connected to collectibles, much like they were in Teslagrad, so you might certainly spend some considerable time with the game before you even get your first trophy if you don’t start hunting down a collectible or two! 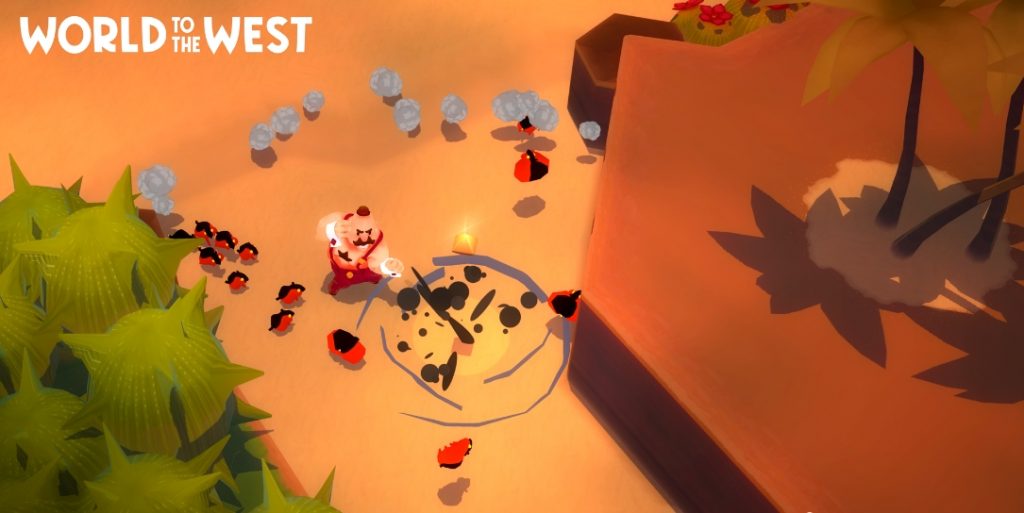 World to the West is a lot of fun with plenty to do and a good variety of environments and characters to keep the game feeling fresh. The game’s music is nice with folk and orchestral scores, which greatly complement the experience. The nods from World to the West to old-school The Legend of Zelda entries is appreciated and it makes for a very entertaining release. Kudos to the team for giving us a great game to enjoy on PS4. I definitely look forward to seeing what their next project will be. Oh, and if you’re a collecter you might want to grab one of the physical copies that are up for sale from SOEDESCO ahead of its June release!

Disclaimer
This World to the West review is based on a PS4 copy provided by Rain Games.

The Surge Out Today On PS4