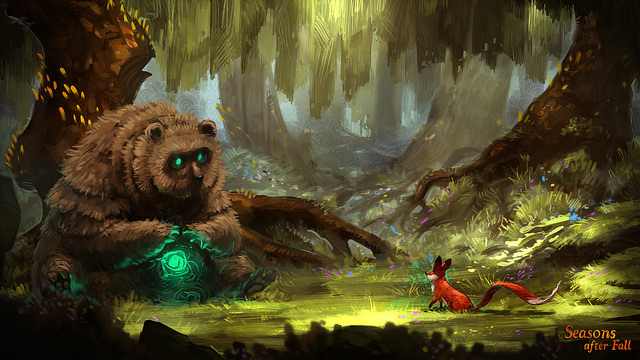 
As you boot up for the first time you are greeted with a black screen and a greenish blue sphere – it is a seed. You will need to move around collecting other spheres of similar colors as you avoid some obstacles. It is a short introduction into the world of Seasons After Fall that lasts a few minutes before things open up more.

After you reach the surface, you will need to find a body to use. You eventually find a fox and encourage it to follow with the Square button until you reach the center and the seed and the fox merge. You now have a red fox as the main protagonist, and this is when the game begins. Your job is to find the lost spirits which represent the different seasons: Winter, Spring, Summer and Fall. It is impossible to die, and there is zero combat in the game, which means that the focus is on puzzles with some light platforming elements thrown in for good measure. 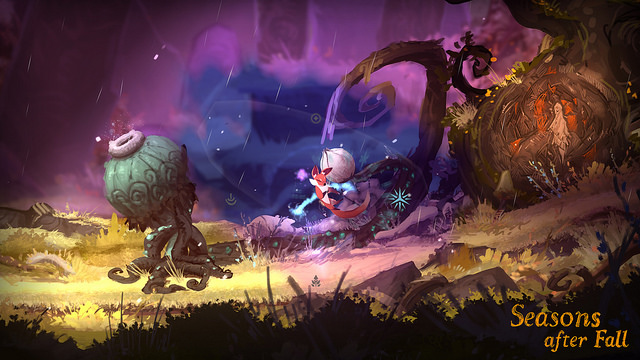 You will begin by looking for Winter. While doing so, you will need to traverse some platforms as well as some jumps that might, at first, seem impossible to make. But if you use the Square button, you might affect the environment and, for example, make a branch grow out to help you in your quest. After finding your first guardian you will gain the ability to change the season to Winter, changing the environment from lush greens to icy wintery colours, all with the press of a button.

The detail to the different seasons is pretty incredible and the developers play with the colors to evoke specific emotions that help to immerse players into each season. As mentioned before, Spring is full of lush greens and pinks, while Fall has deep browns and oranges. The colors for each season are carefully detailed, making each season look as pretty as the next. We all hate winter, right? It’s cold and often horrible! And yet the developers have managed to make Winter look so pretty and inviting! 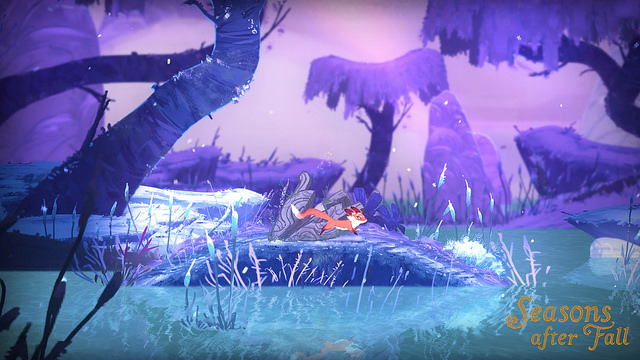 Seasons After fall has some Metroidvania elements that will make you return to previous puzzles you couldn’t previously complete since you didn’t have access to the right season. Changing seasons is a must since each one will help you to complete tricky areas. For example, Winter will allow you to freeze lakes, while Fall will let you open branches and grow mushrooms that will make platforming easier and more accessible.

Overall, Seasons After Fall is a gorgeous, quite relaxing combat-free puzzle/platformer on PlayStation 4. While its trophy list is easy, there is no Platinum trophy in sight. It makes sense since this is a beautiful and fun but short experience. After playing the game, I certainly hope the developer decides to revisit the concept either with some DLC content (as was the case for Never Alone, a PS4 indie gem from E-Line Media), or perhaps by giving us a sequel! 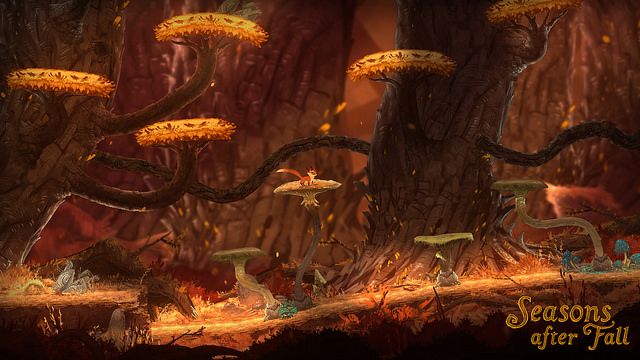 Disclaimer
This Seasons After Fall review is based on a PS4 copy provided by Focus Home Interactive. 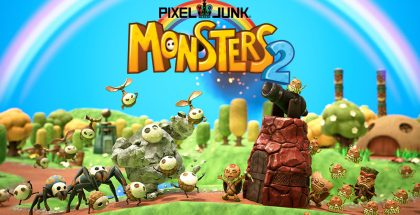 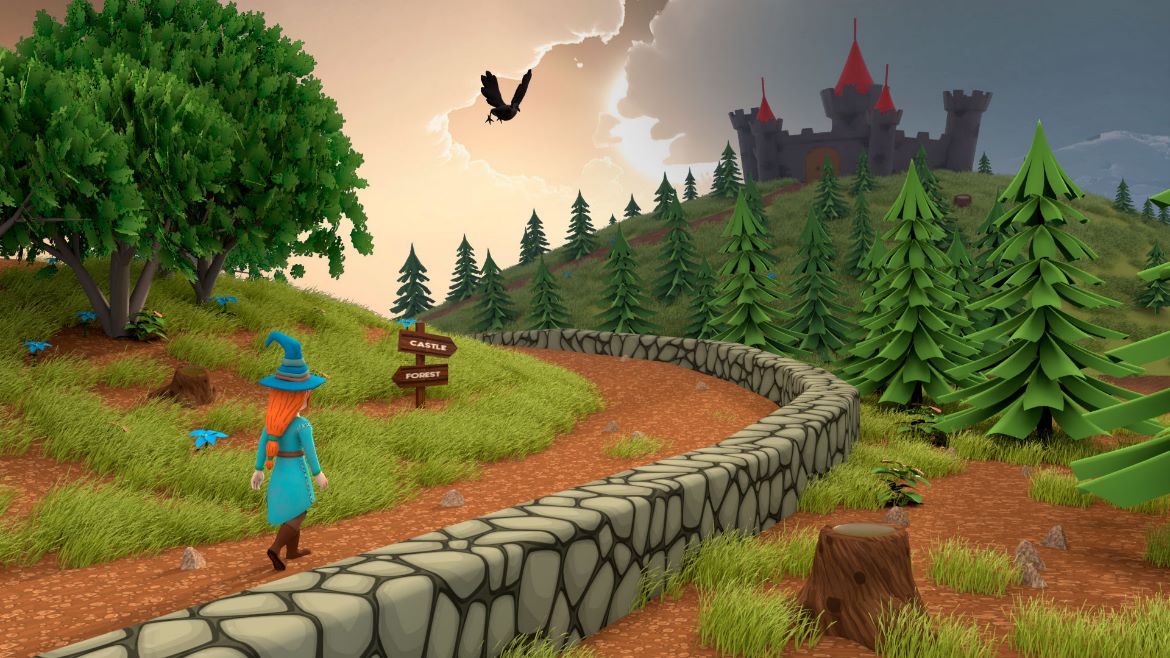 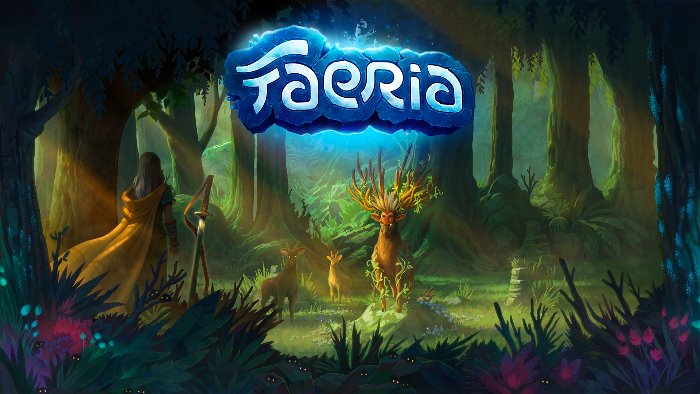 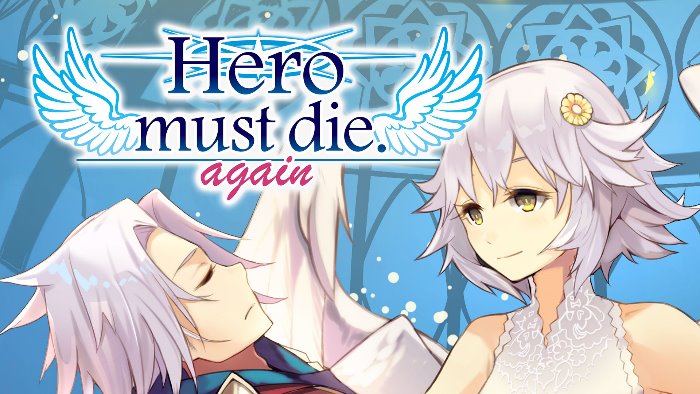 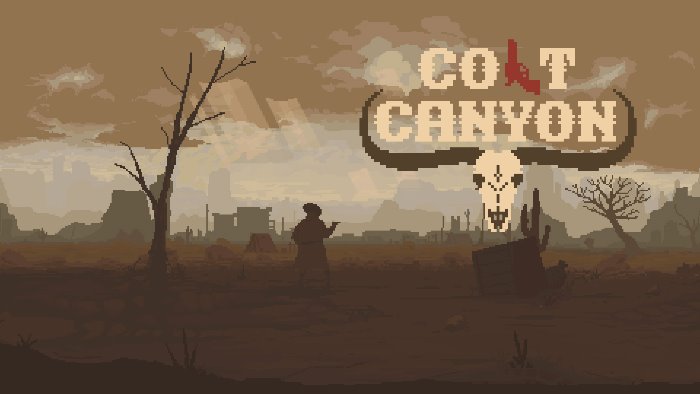